Jofra Archer looks set to return for Wednesday’s day-night third Test against India in Ahmedabad as England ponder up to five changes to their XI and a potentially seam-heavy attack in order to cash in on the pink ball.

Joe Root and Chris Silverwood face the toughest selection of a series that stands at 1-1 with two to play. Reports from the new 110,000-capacity Motera Stadium are that India want another dry pitch that spins early, although England’s captain and head coach could yet be swayed by lively performance of the pink SG ball in the nets.

“Stuart Broad, Jimmy Anderson and Jofra Archer have been licking their lips, I can tell you,” said Ben Stokes in an interview with TalkSport. “In training yesterday, when the lights came on, the nets got really dangerous. The bowlers had to stop bowling in the nets because we were worried that some of the batters were going to get injured.

“The ball started jumping off a length and a few guys got hit. We had to take the bowlers out into the middle to finish their spells.”

Archer, who missed last week’s 317-run defeat in Chennai due to an elbow niggle, is available after a cortisone injection and could replace his impressive stand-in, Olly Stone, while Anderson should be fresh again after the 38-year-old was rested with this third Test in mind.

“Jofra brings something unique,” said Root. “He can do things others can’t and he is a very exciting prospect in that manner. If he is fully fit, able to operate at 100%, it would absolutely be great seeing him back out there playing.”

Root’s endorsement was couched by the need to balance England’s attack for the conditions, while the tail is another factor. This appears likely to be settled by a straight choice between the spin of Dom Bess or the seam of Chris Woakes at No 8, after Moeen Ali returned home for a pre-agreed break.

At the conclusion of the last Test, the England captain said Moeen had “chosen to go home”. But he admitted on Monday it was wrong to describe it in different terms to the other multi-format players who have been afforded down time during a three-month tour.

Root said: “I made a complete mistake. That was my bad, I got that completely wrong. It wasn’t a true reflection of what had happened and it left it open to interpretation, which was unfair on Moeen and I was very quick to apologise to him. He shouldn’t have been put in that position, so that’s completely my fault.”

India’s only previous day-night Test at home in 2019 ended with all 20 Bangladesh wickets taken by seamers and if Woakes is selected it would be another one-off appearance like Moeen’s. Woakes flies home after the day-nighter and is not expected to feature in next month’s ODIs.

No Bess would leave Jack Leach as the sole spinner and Root needing to bowl more himself, while Anderson’s return could yet come at the expense of Broad. If so, Broad would be hugely frustrated to miss the chance to bowl under lights after last week’s wicketless outing in unhelpful conditions.

From the outside it appears England’s record-breaking pairing will team up for the first time on the two tours only if the tail is lengthened or if Archer is given another week to recover and the management decide the extra 90mph pace offered by either Stone or the newly-returned Mark Wood is not required.

“The [pink] ball seems to be very different. It seems to stay harder for longer,” said Root. “I don’t know if it’s the conditions at this ground but it seems to seam around a little bit more and it does seem to swing conventionally for a little bit longer. Depending on the surface we get, that could play a bit more of a factor.”

Then there is the question of the best top three, with Zak Crawley fit again after recovering from a sprained wrist suffered at the start of the tour, and Jonny Bairstow back from his break having looked confident against the spinning ball at No 3 during the 2-0 win in Sri Lanka.

Dan Lawrence, who profited from that pair being absent during the first two Tests, is expected to make way, while a top score of 33 in his past eight innings – and two ducks this series – means the position of Rory Burns at opener is under scrutiny. Dropping both batsmen would probably mean five changes overall.

Root said: “It’s not ideal but these times are not ideal. If you look at the white-ball squad and what Eoin Morgan and Trevor Bayliss created over that four-year period [before the 2019 World Cup], it’s strength in depth. That’s something we’re trying to do with the Test team.”

Scheduled to start each day at 9am UK time, the third Test is likely to draw the biggest audience of the series for Channel 4. The five Twenty20s and three ODIs that follow will be shown on Sky Sports, however, after they announced on Monday a year-long exclusive deal for India’s home matches.

Nasser al-Khelaifi, the president of Paris Saint-Germain, appears to have sought payments for an agent which could have violated transfer regulations, and […] 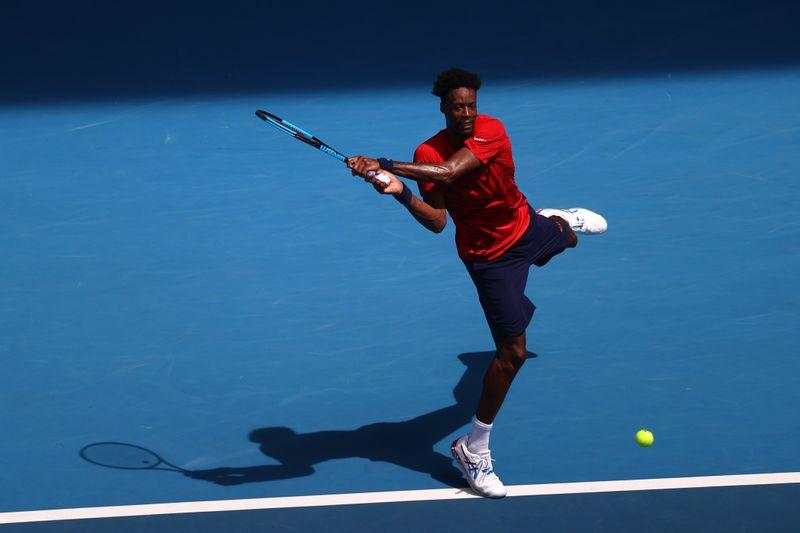