It was another curious piece of social media chronology. On Friday, a smiling André Silva greeted Eintracht Frankfurt fans to the club’s channels with a video bringing news of an exciting delivery. Many Eintracht fans would have been watching with bated breath, wincing as their apparently convalescing star picked up, shook and began to open the cumbersome box which – surprise! – contained a comprehensively packed and secured Bundesliga Player of the Month trophy.

Silva’s uppish mood in the video might have suggested to some that he was ready to return from an untimely back injury, sustained in Wednesday’s training and forcing him to sit out on Thursday, or at least that he wasn’t at risk of aggravating it. It had arrived at the worst possible moment, with the Eagles flying before the visit of Bayern Munich, having won eight and drawn one of their previous nine Bundesliga matches to nestle in the top four. In his last seven league games, Silva had scored nine to take him to 18 Bundesliga goals for the season.

By Saturday teatime, it didn’t matter. Their Portuguese main man hadn’t made it but Adi Hütter’s team had found a way without him. Beating Bayern is always a cause for immense satisfaction but Eintracht did it while showcasing the full breadth of their collective palette. “We won the first half,” said defender Martin Hinteregger, shortly before shifting a crate of beer into the changing room, “and fought for it in the second half.”

That first 45 was something to behold, underlining that even if Eintracht have a (re-)emerging star in Silva, they are not entirely beholden to him. “In the first half,” smiled Hinteregger, “I was able to just enjoy the way they were playing up front.” Hütter made clear his satisfaction too: “Today it was absolutely world class.” There was little argument. Bayern were placed in a spin cycle, perturbed by Daichi Kamada’s beautifully built early opener and then bedazzled by a rocket by Amin Younes for the second, which tore into Manuel Neuer’s top left-hand corner.

It got harder, with Bayern clearly the recipients of an interval’s worth of dressing down from Hansi Flick, who has steadfastly supported his squad amid the stickier moments of this season. They came out energised and renewed in the second period and when Robert Lewandowski pulled one back quickly from a Leroy Sané delivery, what was coming next looked inevitable. Luka Jovic, starting his first game back at Eintracht in Silva’s stead, had a hard time trying to perform an unfamiliar back-to-goal role. Yet the inevitable never came. “The Frankfurters looked out on their feet,” wrote Peter Hess of Frankfurter Allgemeine. “In the end, Frankfurt saved themselves like ailing boxers on the ring ropes, and almost hit the lucky punch.” That they did, with Filip Kostic denied a clincher right at the end by a stunning Neuer save.

It had been that kind of a week for Bayern, more frustration after Monday’s bizarre 3-3 home draw with Arminia Bielefeld. They have an extensive absentee list because of injury and Covid illness, with midfielder Corentin Tolisso suffering a season-ending thigh injury in training. This didn’t mean CEO Karl-Heinz Rummenigge spared his squad on Saturday night’s appearance on Das Aktuelle Sportstudio, criticising Sané and Niklas Süle’s defensive efforts. Bayern’s struggles at the back, a theme before the current personnel difficulties, have always threatened to keep this season interesting.

Now the champions have unfamiliar breath on their neck with RB Leipzig, Wolfsburg and now Eintracht poised. With Silva soon to rejoin the party, this season’s Bundesliga isn’t done just yet.

• For Eintracht the afternoon was about more than the on-pitch. On a weekend where Germany commemorated the Hanau shooting victims one year on from the terror attack, a club just 25km from the scene felt it keenly, wearing special warmup jerseys flocked with Say Their Names and with images of the victims. When Younes scored he held up one depicting the murdered Fatih Saraçoglu in a powerful moment. “It doesn’t bring the victims back,” said Younes, “but the family members now know that we are thinking of them.”

• Bayern’s defeat allowed Leipzig to close the gap at the top to just two points with Sunday’s comfortable 3-0 win struggling Hertha, with Marcel Sabitzer in particular redeeming himself from Champions League mishaps against Liverpool with a stunning goal from range. “The opposition weren’t three goals worse than us,” sympathised Julian Nagelsmann, but for the first time in a while there was an acknowledgement of buying into the title race. “We have to keep our foot on the accelerator.”

• Borussia Dortmund ended their positive week with an eventual 4-0 canter of a Revierderby win at Schalke, a victory garlanded by a spectacular Erling Haaland volley – the first of two goals – and the Norwegian’s delightful TV double-act interview with Jadon Sancho, who even adopted a mid-European accent for part of it, a welcome spot of levity after recent handwringing.

• If only bottom-of-the-table Schalke could say the same. Some 25 ultras invaded the team hotel in the hours leading up the game and a larger group waited for the team at the Veltins Arena exit after full-time, with a significant number of police posted to monitor the situation, in a week that sporting director Jochen Schneider’s end-of-season exit was confirmed. “I want to believe in the miracle,” said Olaf Thon in his Kicker column as relegation becomes seemingly inevitable, “but [receiving] genuine pity from Dortmund is hard to take for a Schalke fan.”

• BVB’s next coach Marco Rose is in an uncomfortable spot after Borussia Mönchengladbach’s latest defeat, at home to second-bottom Mainz. In a joint press conference with sporting director Max Eberl earlier in the week, Rose had been forced to deny – for there was no other conciliatory form of action – that he would take any Gladbach stars with him to Dortmund but it will take more than that to steady the ship before Wednesday’s Champions League clash with Manchester City, with Leipzig, Dortmund (in a Pokal quarter-final) and Leverkusen on the horizon afterwards. “These are difficult tasks, but they’re also opportunities to get ourselves back on track,” Rose said.

• Stuttgart got a much-needed win at Cologne but after months of turbulence behind the scenes, speculation surrounds their sporting director Sven Mislintat, with a report from Ruhr Nachrichten suggesting he would meet with Dortmund CEO Hans-Joachim Watzke as Die Schwarzgelben search for a successor to Michael Zorc. Mislintat, a Dortmund native, has not denied that his Stuttgart contract has an exit clause in 2022.

• It was an unforgettable day for Niklas Lomb, and not for all the right reasons. Leverkusen’s long-serving reserve goalkeeper made his first Bundesliga start after almost a decade’s service but gifted Augsburg the lead in the first five minutes, taking a swing and a miss at Leon Bailey’s backpass and allowing Florian Niederlechner to tap into an empty net. Lomb’s blushes were saved by a last-gasp Edmond Tapsoba goal, laid on by Demarai Gray. “It was similar to Lukas Hradecky in Bielefeld,” noted coach Peter Bosz. “Our goalkeepers make one mistake a year, and they have made it now.” 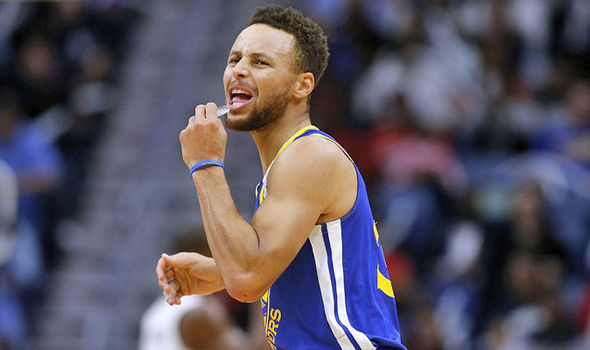 Each year there are a host of big matches scheduled for December 25 and today is no different. The biggest game of […] 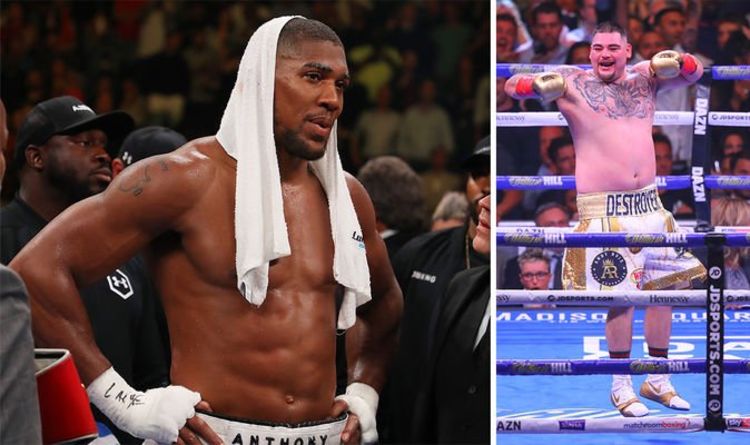 Anthony Joshua, making his United States debut, was heavy favourite to retain his belts against Andy Ruiz Jr. But the Briton suffered […]