PEOPLE’S POWER. Mergers between U.S. banks are needed but not always lauded by investors. M&T Bank’s $26 billion union with People’s United Bank is an exception. While it won’t reshape the industry – together they’ll be just the 11th biggest bank in the country by assets – the deal will create value for both sides at a time when growth is scarce.

The two lenders nestle cozily in America’s Northeast, so crunching them together will create savings of $330 million a year, they reckon. At around one-third of the smaller People’s United’s costs, that’s standard for a bank deal but impressive in this one, because both are already efficient. Based on last year’s financials and assuming the savings are immediate, the merged bank’s expenses would be just 52% of revenue.

Buyer M&T isn’t giving away too much, either. Its tangible book value per share – a number investors watch keenly – will go up, unlike in some prior bank mergers. Anything that chips away at an overpopulated yet sometimes undersupplied industry while leaving investors better off is a good idea. (By John Foley) 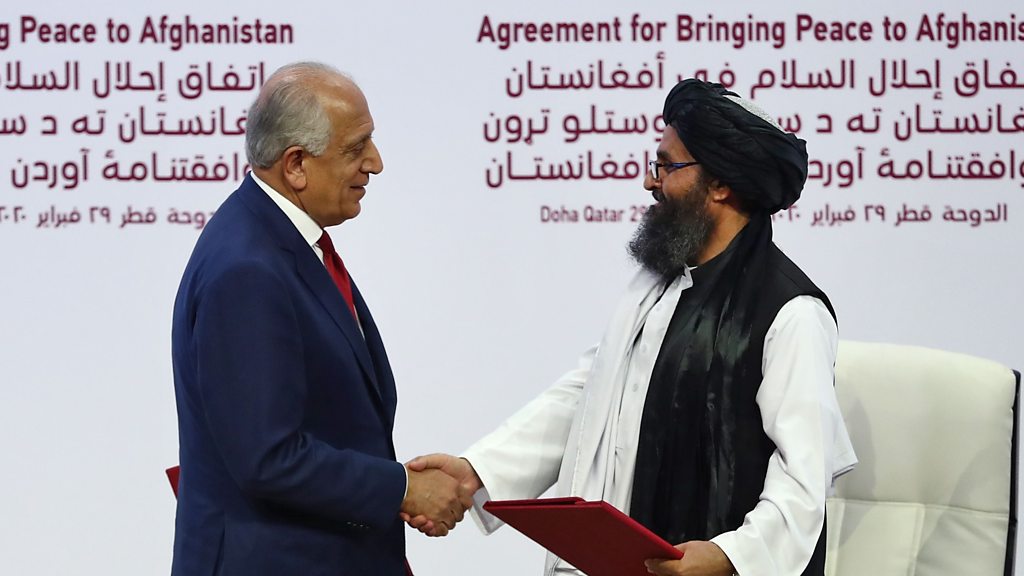 Media playback is unsupported on your device Media captionThe United States and the Taliban mark the signing of their agreement in Doha. […]