More details may soon be forthcoming about who could qualify for a third stimulus check of up to $1,400 per person. While we have a good idea of the outlines, the House Budget Committee is expected to begin marking up the proposal next week, which means that there could be some back and forth over the details — and they could change at any time between now and when a $1.9 trillion stimulus package becomes law. The House has already made significant headway, filling in many of the details for who would qualify for a payment, including for dependents and families with “mixed” US citizenship.

Congress plans to move quickly to send out new checks, with a goal of getting the bill to President Joe Biden and signed by March 14. In addition to expanding who might qualify for a check this time, Congress is looking to rework how much you might receive by targeting the next stimulus check. With the new payments, you could qualify for thousands of dollars more this time than last. But one unknown is whether Congress will base your payments on your 2019 tax return or look at your 2020 filing too, which could affect your eligibility.

Stimulus check qualifications take into account a wide range of factors, including your adjusted gross income, age, marital status, citizenship and tax status. Congress may also set up specific rules and exceptions for nonfilers and some people in child-support situations. If you still need to claim your full amount from the IRS or possibly even file a payment trace, now’s the time to start. Read on for everything to know about eligibility and your stimulus money. This story was recently updated.

More people could be eligible for the next stimulus check, based on this proposal

The latest Democratic proposal (PDF) would keep the income limit for individuals and families who’d qualify for a full stimulus payment the same as it was for the first two rounds of checks.

But because the third stimulus checks are expected to max out at $1,400 — $200 more than the first round — some people who didn’t qualify for any previous stimulus money may actually get a small check this time. Here’s the income limit to qualify for the full amount under this plan, based on your AGI.

Likewise, those who file jointly and earn $198,000 would get $112 this time, and heads of household earning $137,000 would get $486, compared with both filers receiving nothing from the first two checks. Nothing is final until a new bill is passed and signed into law.

Dependents on track to qualify for the full $1,400 payment

With the second stimulus check, each child dependent — age 16 and younger — added $600 apiece to the household payment. There was no cap on how many children you could claim for a payment. That total increased the amount per child from $500 in the first check, even as the per-adult maximum decreased from $1,200 per adult to $600.

The new proposal would send $1,400 to dependents in the third round of payments.

Overall, more dependents of any age could be eligible

Biden’s proposal would open up eligibility requirements to both child and adult dependents. Dependents over age 16 didn’t qualify for the first and second checks, but a change here would make college students, older adult relatives and people of any age with certain disabilities entitled to receive money as part of the household total.

That change, if it were to happen, would include roughly 13.5 million adult dependents who weren’t counted before, according to the People’s Policy Project.

Here’s who could potentially qualify for a third stimulus check, if the proposal is approved and a bill is signed into law.

In the $900 billion stimulus package from December, a US citizen and noncitizen spouse were both eligible for a payment as long as both had Social Security numbers. This has been referred to as a “mixed-status” household when it comes to citizenship. Households with mixed US citizenship were left out of the first check.

Biden’s proposal would include all mixed-status households where just one member has a Social Security number for a third stimulus check, potentially including families with citizen children and noncitizen parents.

It’s unclear if these previously excluded groups would receive the maximum amount. As we saw with the second stimulus check, dramatic changes can and do happen in the final moments of negotiation.

In the CARES Act from March, households with a person who wasn’t a US citizen weren’t eligible to receive a stimulus check, even if one spouse and a child were US citizens.

Noncitizens weren’t eligible for the first two checks, but might be this time

Biden has proposed expanding the qualifications to include all mixed-status families — where at least one member has a Social Security number — for a third check. However, on Feb. 4, the Senate passed an amendment blocking stimulus payments from undocumented immigrants. (This has no impact on eligibility for mixed-status families.) While the amendment isn’t binding, it seems unlikely that senators will change their position now that they’re on the record, according to The Hill.

Past-due child support and a third stimulus payment: What to know

If you owed child support, your first stimulus payment could have been taken for arrears (the amount you owed). With the second check, those who owed child support didn’t have their payment garnished to cover past-due payments. It’s unlikely we’ll see the third stimulus check walk this back.

However, one exception seems to be for people who are missing payments of any amount and need to claim the stimulus money as a Recovery Rebate Credit in their taxes. The protection from garnishment laid out in the second check doesn’t extend to catch-up payments made in the Recovery Rebate Credit, according to the Taxpayer Advocate Service, an independent government agency that works with the IRS. That means that all or part of stimulus money received this way could potentially be seized to pay outstanding debts. The Taxpayer Advocate Service is urging the IRS to keep rebate credits intact.

After months of back and forth, the IRS was ordered by a federal judge to send the first stimulus checks to people who are incarcerated. They aren’t excluded from the new law, which means eligibility for this group currently stands. It’s unclear if there will be any more details in the third stimulus check bill, though this is more likely to continue as a matter of interpretation, as it is now.

Many older adults, including retirees over age 65, received a first stimulus check under the CARES Act and are eligible for a second one — and likely a third, too. For older adults and retired people, factors like your tax filings, your AGI, your pension and if you’re part of the SSI or SSDI program (more below) will affect if you receive a stimulus payment.

The third stimulus check could make older adult dependents eligible to receive more money on behalf of the household. Here’s how to determine if you qualify for your own stimulus check or count as a dependent.

Nonfilers will need to take an extra step: File taxes this year to get stimulus checks

With the second payment, the IRS used your 2019 tax returns to determine eligibility. Nonfilers, who weren’t required to file a federal income tax return in 2018 or 2019, may still be eligible to receive the first stimulus check under the CARES Act. And this group will qualify again. Here are reasons you might not have been required to file:

If you still haven’t received a first or second check even though you were eligible, you can claim it on your taxes in 2021 as a Recovery Rebate Credit.

People getting SSI or SSDI typically qualify for stimulus payments

Those who are part of the SSI or SSDI programs qualified for a check under the CARES Act. Recipients wouldn’t receive their payments via their Direct Express card, which the government typically uses to distribute federal benefits, but through a non-Direct Express bank account or as a paper check. SSDI recipients can file next year to request a payment for themselves and their dependents.

In the December bill, these recipients again qualified to receive payments, along with Railroad Retirement Board and Veterans Administration beneficiaries. It’s likely that these qualifications would remain the same with a third check, if one’s approved.

This is how your taxes and stimulus payment eligibility are connected

For most people, taxes and stimulus checks are tightly related. For example, the most important factor in setting income limits is your AGI, which determines how much of the total amount you could receive. The same will hold true with a third stimulus check.

Here’s what we know about whether Congress will use your 2019 tax information to determine your payment or look at your 2020 tax returns to set your check amount — and what happens if you get too much money or not enough because of it. 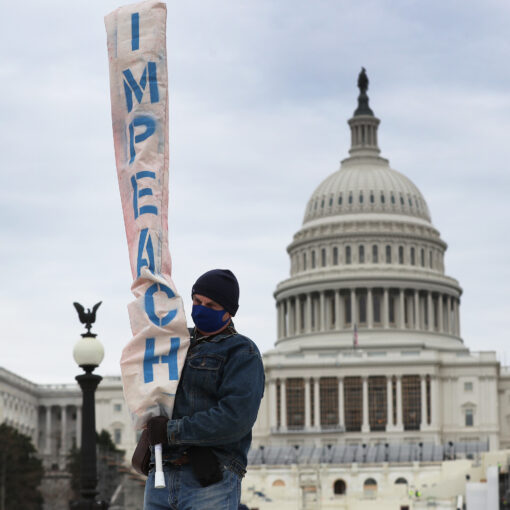 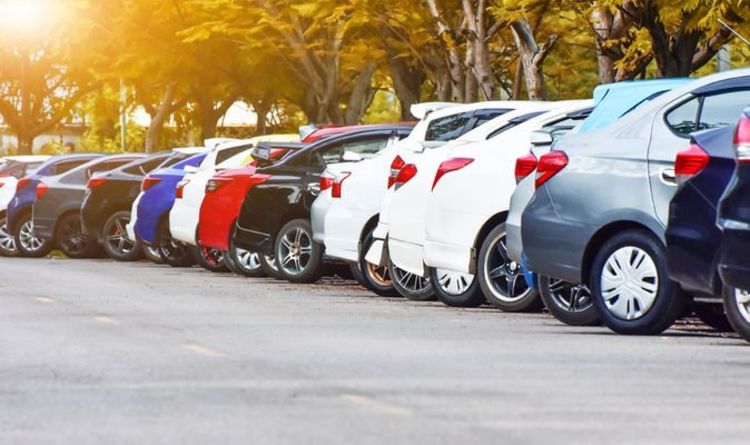 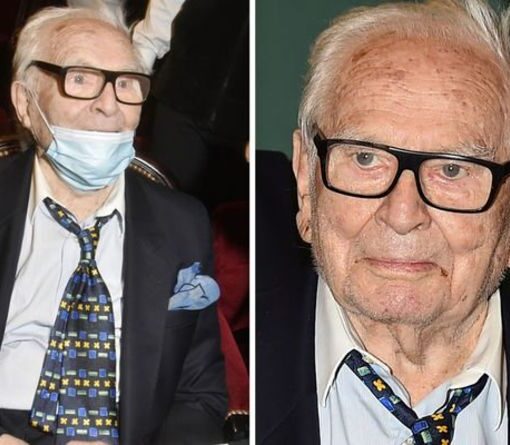 He was also a pioneer in business, licensing his name to be used on a range of products such as sunglasses. In […] 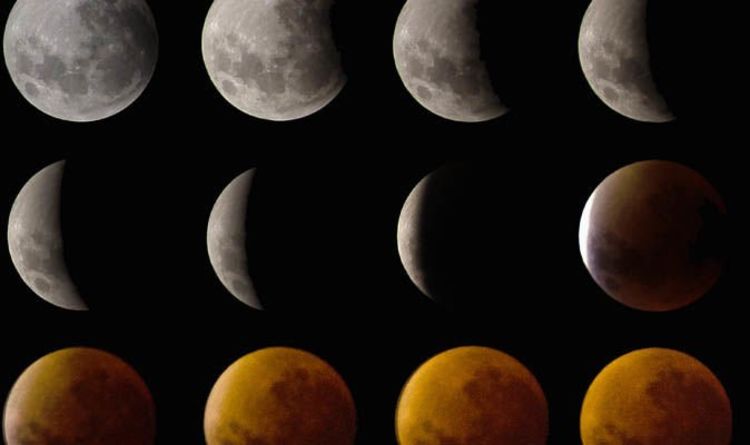