The United States on Thursday said it was ready to talk to Iran about both nations returning to a 2015 agreement that aimed to prevent Tehran from acquiring nuclear weapons, seeking to revive a deal that Washington abandoned nearly three years ago.

The move reflects the change in US administration, with Secretary of State Antony Blinken stressing President Joe Biden’s position that Washington would return to the accord if Tehran came into full compliance with the deal.

Iran reacted coolly to the idea, put forward by Mr Blinken during a video meeting with the foreign ministers of Britain, France and Germany – a group known as the E3 – gathered in Paris.

“If Iran comes back into strict compliance with its commitments under the Joint Comprehensive Plan of Action, the United States will do the same and is prepared to engage in discussions with Iran toward that end,” a joint statement from the four nations said.

Iran began breaching the deal in 2019, about a year after Donald Trump withdrew and reimposed economic sanctions, and has accelerated its breaches in recent months.

It comes as a former US national security adviser urged Boris Johnson to spearhead a new deal with Iran and questioned the value of reviving the 2015 agreement.

Writing in The Telegraph, John Bolton said “the world has changed dramatically since America’s departure in 2018” and accused the White House of failing to grasp the new reality in the region.

“Iran’s ideological fervor is undimmed, even as its menace grows,” Mr Bolton said. “The Biden Administration does not get this point.

“The Johnson government would be doing itself and Biden a huge favor by thinking strategically about Iran, and not simply reprising past mistakes.”

A US official told Reuters that Washington would respond positively to any European Union invitation to talks between Iran and the six major powers who negotiated the original agreement: Britain, China, France, Germany, Russia and the United States.

“We are ready to show up if such a meeting were to take place,” the official told Reuters, after a senior EU official floated the idea of convening such talks. It is unclear whether any talks might occur, let alone when or where.

“Instead of sophistry & putting onus on Iran, E3/EU must abide by own commitments & demand an end to Trump’s legacy of #EconomicTerrorism against Iran,” Zarif said in a tweet.

“Our remedial measures are a response to US/E3 violations. Remove the cause if you fear the effect,” he continued. “We’ll follow ACTION w/ (with) action.”

Zarif has previously signaled an openness to talks with Washington and the other parties over reviving the deal.

The Biden administration informed Israel in advance that it was ready to talk to Iran, according to Reuters.

Mr Biden’s aides wanted to avoid blindsiding Israel, Iran’s regional arch-foe, over the US plans. But the US president did not directly inform Benjamin Netanyahu about the shift in policy when they spoke for the first time on Wednesday, the source said. Mr Netanyahu has made clear he strongly opposes a US return to the deal.

The far-left official also ripped apart the centrist leader’s proposed labour code reform, warning that workers who opposed the law would be […]

The restrictions will affect some 300,000 people in the area in order to prevent further coronavirus transmission. The decision comes after two weeks […] 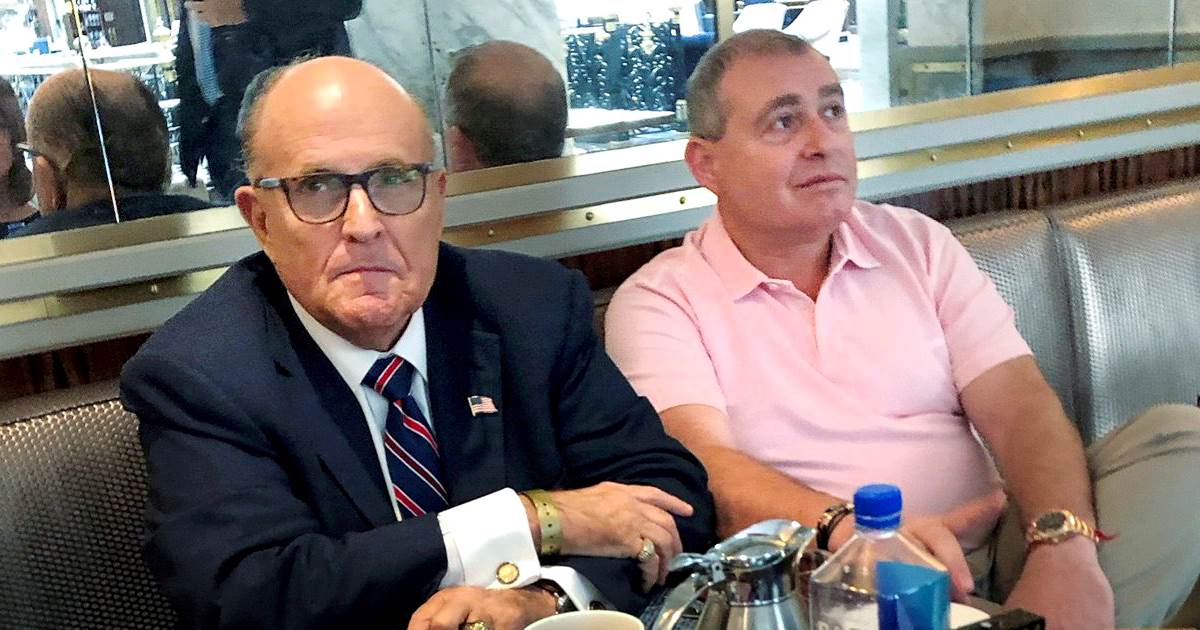 Rudy Giuliani wrote a letter requesting a private meeting with Volodymyr Zelenskiy, then the president-elect of Ukraine, with President Donald Trump’s “knowledge […]