Barbara Martinez said she had been burning firewood to try to heat her suburban Houston home, which had been without power from early Sunday until Tuesday.

“We got power for four hours and then it went off again and it stayed off for a few hours, came back for like two hours then went away,” she said Wednesday morning. “It’s currently off.”

Texas officials pointed the blame at the power company and called for investigations. US Rep. Marc Veasey, a Democrat who represents parts of Fort Worth and Dallas, said he’s learned from an industry executive that the power grid was just minutes from failing on Monday before state agency officials initiated emergency rolling outages.

“I want people to know that we were minutes away from the entire grid crashing,” he told CNN’s Ed Lavandera, criticizing ERCOT and Republican leaders for not better preparing for the freeze.

“They certainly could have taken some precautions that would have prevented what we’re having to deal with now,” Veasey said.

An ERCOT spokesperson did not immediately return a CNN request for comment. But earlier Wednesday, CEO Bill Magness said the issue largely was a lack of energy supply as the cold weather shuttered power facilities. ERCOT’s controlled power outages, he said, had in fact averted the system’s collapse.

“If we had waited, and not done outages, not reduced demand to reflect what was going on, on the overall system, we could have drifted towards a blackout,” he said. “People feel like what we’re seeing feels like a blackout, but the blackout that can occur if you don’t keep the supply and demand in balance could last months.”

The power issues are likely to continue, especially given that the cold temperatures will last for another day or two. Over 21 million people, or nearly 70% of Texas’s population, are currently under some sort of winter weather alert.

The controlled outages have created rotating power issues as ERCOT has tried to spread around the pain, pushing people to rely on warming centers or the kindness of neighbors.

“We have power for about 30 or 15 minutes and then we get a blackout for about five to six hours,” said Eder Lemus of San Antonio.

The pipes in his house froze, so he, his wife and three children are relying on others for water.

“As of now, we are using a neighbor’s faucet to refill a bucket of water to drain our toilets,” he told said. “When and if the lights come back on, we try to take showers and refill our drinking water gallons so that we can stay hydrated.”

Gov. Greg Abbott said that he has spoken with both the lieutenant governor and the state House speaker, and that an investigation of ERCOT is slated to begin next week.

“ERCOT is an independent private entity that, candidly, I have both investigated and prosecuted before when I was attorney general of Texas, and we’re now investigating again,” Abbott said. “I’m not suggesting any way that there’s been any criminal activity or anything like that, but it is something that needs to be looked at.”

Abbott said a news conference Wednesday that 6,000 megawatts have been added to the state’s grid — enough power for about 1.2 million households.

There will be additional onboarding coming from the South Texas Nuclear Project and additional operations will increase from coal-produced power, Abbott said.

These sources will add more than 2,000 megawatts to the grid and provide additional power for about 400,000 homes, according to Abbott. About 17,200 megawatts of renewable generated power remain out on Wednesday afternoon, due to “freezing of the wind, or because of lack of sun for the solar,” Abbott said.

Why the system is failing

The widespread outages stem from a weather disaster coupled with an unprepared infrastructure.
A winter weather system brought unusually frigid temperatures to much of the central US over the past few days, including in Texas, the country’s energy leader. The deep freeze caused demand for power and heating to skyrocket even as it knocked out the state’s natural gas, coal, wind and nuclear facilities, which were not ready to function in such cold weather.
HOW YOU CAN HELP TEXAS STORM VICTIMS
The lack of winter preparedness has long been an issue for ERCOT’s power system. About 10 years ago, a bitter cold snap caused over 3.2 million ERCOT customers to lose power during Super Bowl week. A 350-page federal report on the outages (PDF) found that the power generators’ winterization procedures were “either inadequate or were not adequately followed.”

When asked on Wednesday why ERCOT hasn’t mandated more winterization to prevent outages, ERCOT’s senior director of system operations Dan Woodfin said it was not required.

“I guess the role of ERCOT is not necessarily to mandate those kind of things,” he said.

Woodfin said the company’s annual spot checks to ensure generators are following best practice winterization plans were done virtually this year due to the pandemic.

Compounding the issue is that Texas’s electric system of ERCOT is isolated from the rest of the country, partly as a way to avoid federal regulation. So it cannot simply import power from elsewhere to make up for the shortage.

“When it comes to electricity, what happens in Texas stays in Texas,” said Dan Cohan, associate professor of environmental engineering at Rice University. “That has really come back to bite us.”

And with temperatures not expected to rise above freezing until Friday, officials worry about how residents will cope without utilities. “I share the frustration of every Texan regarding the loss of power during this winter storm. Millions of people without power during this arctic blast is life-threatening and unacceptable,” Lt. Gov. Dan Patrick said.

When asked if leadership of ERCOT should resign, Gov. Abbott said the company had failed.

“They showed that they were not reliable,” Abbott said. “These are experts. These are engineers in the power industry. Government has to rely upon on these specialists to be able to deliver in these types of situations.”

The Federal Emergency Management Agency is preparing to begin distributing 60 generators, millions of liters of water and tens of thousands of blankets in Texas, according to a FEMA source. More shipments are expected in the coming days and weeks.

Weathering the storm without power, heat or water

Meanwhile, many Texans are pinning their hopes of staying warm on backup generators and warming centers. Some people have turned to unconventional heat sources such as stoves, grills or gas generators — which raises the risk of carbon monoxide poisoning.

In Harris County, 14 residents have been taken to the hospital with carbon monoxide poisoning and seven of those were children, according to a tweet from the Cy-Fair Fire Department.

Houston officials said Tuesday a woman and girl died from carbon monoxide poisoning after trying to stay warm using a car in a garage.

Water issues have also become widespread as pipes have frozen and power outages hampered water treatment plants. The mayor of Waco urged residents to conserve water after the city’s two plants had issues, and McMurry University in Abilene allowed campus residents to use water from the campus swimming pool to flush their toilets.

Sandra Erickson said her home in Friendswood, just outside of Houston, got so cold that the pipes burst, causing the ceiling in three different rooms to collapse.

“This is like a hurricane catastrophe,” she told CNN.

San Antonio Fire Department confirmed to CNN that the power outages and cold weather were affecting their ability to put out fires. Fire Department spokesperson Joseph Arrington said that firefighters had to change tactics when responding to a fire at an apartment complex early Wednesday.

“Our normal attack would involve multiple hoses and lots of water on the fire, so we’ve obviously just had to adjust,” he said. 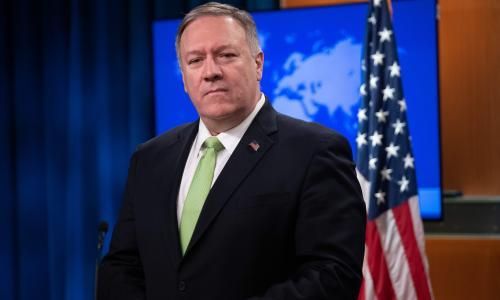 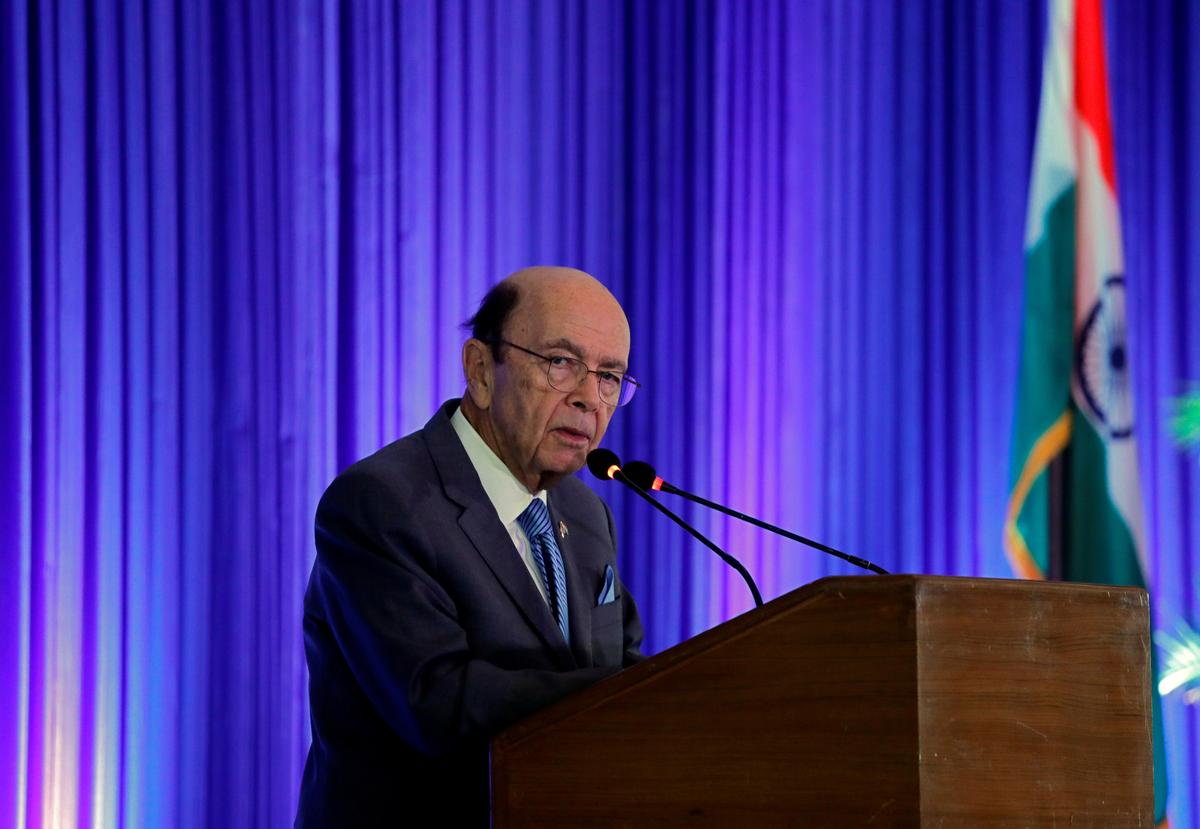 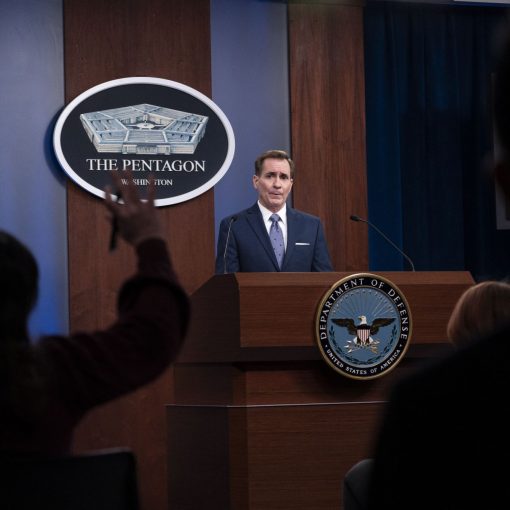 BEIRUT (AP) — A U.S. airstrike targeting facilities used by Iran-backed militias in Syria appears to be a message to Tehran delivered […] 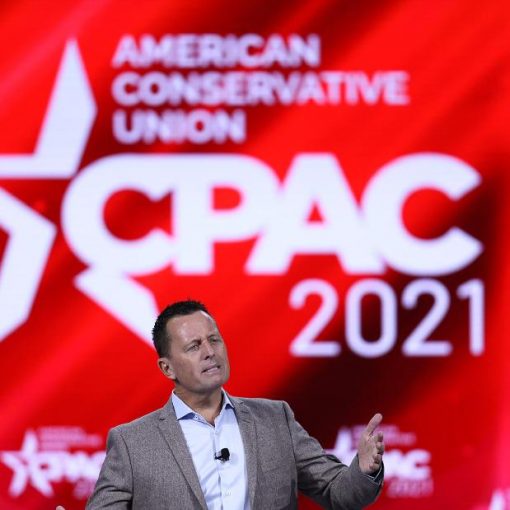