First it was PSG’s Kylian Mbappé; then it was Erling Haaland. In two games, over 24 hours, Spain, so long the stage for Cristiano Ronaldo and Lionel Messi, witnessed the men most likely to replace them offer a demonstration of the reasons why. The Norwegian did not leave with the match ball as the Frenchman had on Tuesday, but for 45 minutes he gave a lesson in destruction as Borussia Dortmund inflicted a first defeat on Sevilla in 10 games.

Haaland scored twice and began the move that ended with Mahmoud Dahoud curling in a lovely shot to give Borussia Dortmund a 3-1 first-half lead that had looked set to be unassailable.

Sevilla, seemingly shell-shocked at that stage, did though recover in the second half to make a match of it. They may even have kept the tie alive, with Luuk De Jong making it 3-2 and setting up a frantic finish that suggests they can hurt Dortmund in two weeks.

When it comes to hurt, though, there are few players like Haaland, who said he had been inspired by Mbappé’s display against Barcelona. There is something almost unnatural about him, his impact on everyone here huge, not just in the goals but the variety he has, the almost brutal beauty of his game, the panic that accompanies opponents when he plays. The competition’s top scorer, he now has eight Champions League goals in five games – and by half-time appeared to have ended the tie.

Sevilla had opened the scoring though, Suso turning inside, shaping to hit it and sending Jadon Sancho jumping to block a shot that did not come. Taking another step closer, when he did shoot, the ball passed Jude Bellingham, clipped the toe of Mats Hummels and ended up in the net. It was the seventh minute and it seemed like the perfect start – all the more so when Jules Koundé strode through soon after – but it did not last.

Just about as long as it took Haaland to get up and running. Sancho’s footwork was fast, Dahoud slipped smoothly through the middle, and Bellingham passed and moved with confidence.

Sevilla meanwhile were complicit in their demise, gifting the ball and space too easily. But Haaland is something else, factory-built but breaking the mould.

Every time he set off, you could feel the fear accompanying the surge, his speed climbing steadily and defenders backing away as if scared to stand in his path.

When he escaped Sergio Escudero, slipped the ball through the legs of Joan Jordán and set off on the right you could sense something was happening. Diego Carlos certainly could, urgently chasing as Haaland found Dahoud, who cut back and bent a superb curler into the corner.

He did not have to wait long for it to happen again. There was an audible gasp when, without even seeming to move his foot, Haaland smacked a shot that boomed and echoed round an empty arena. Bono saved that one but not the next.

Jorge Valdano once said that when Brazilian Ronaldo attacked it was like the whole herd attacked and there is something of that in Haaland. The second goal came by stampede, Haaland shrugging off Jordan, running at Sevilla and seeking a one-two with Sancho. The Englishman’s return pass was superb, subtly spun into the Norwegian’s path to finish.

Still he came, the third was made by Marco Reus, who robbed Ivan Rakitic and Papu Gómez and dribbled to the edge of the area before passing to his right. Haaland guided the ball into the net then knelt, arms raised, convinced this was now over.

It was not, Sevilla stepping forward, slowly at first then increasingly fast. Jesús Navas looked most likely to open Dortmund, his delivery reaching Escudero for an effort that squirmed wide, before the change came.

Julen Lopetegui had already replaced Rakitic at half time and made a triple substitution on the hour, before sending on Óscar Rodríguez, who immediately struck the inside of the post with a free-kick with his first touch, sent another over the bar, and then delivered a third for De Jong to volley home with seven minutes to go.

A fractious end to the game followed, tension growing, confrontations too, with Sevilla appealing for a late penalty that might have levelled it.

The damage though had been done, another day’s destruction for Erling Haaland. 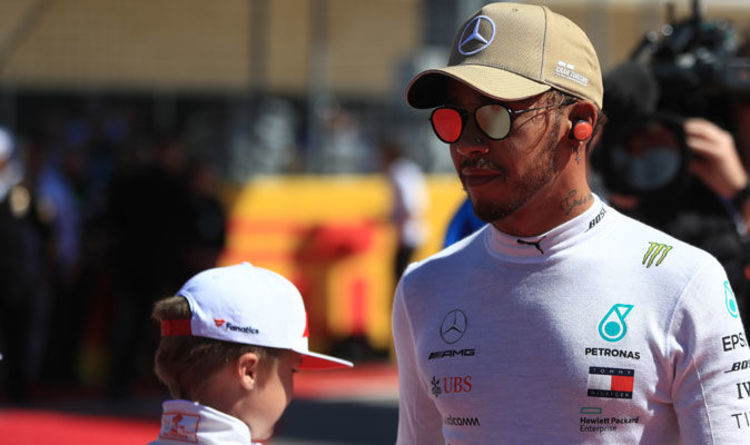 The US Grand Prix proved a TV hit at the weekend with 5.5million tuning in to watch the Austin race, the sport’s […] 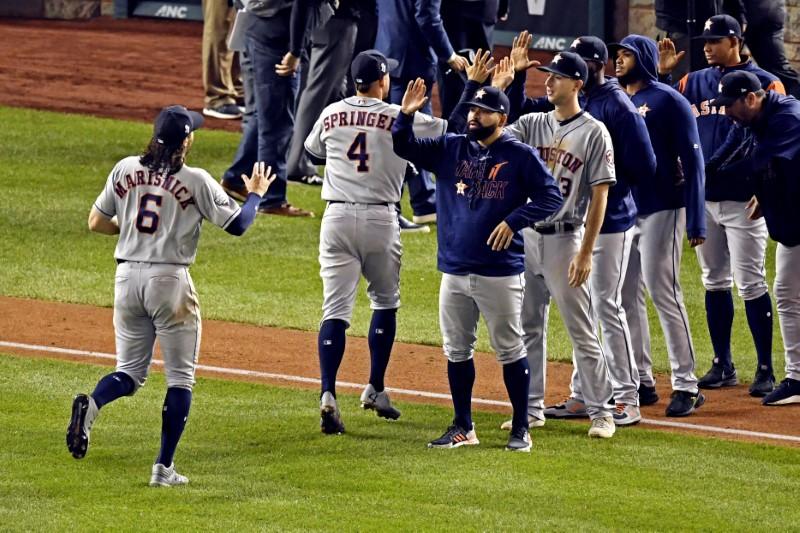 The Houston Astros opened the 2019 World Series with Gerrit Cole on the mound, followed by Justin Verlander and Zack Greinke. But […]