Christian Brueckner, 44, can be seen standing in the rubbish-strewn and graffitied warehouse in Neuwegersleben some time around 2009 – the same site where police would later find USB sticks containing images of child abuse.

The image shows the inside of a concrete building, stood on land that Brueckner had earlier bought at auction. Painted white walls can be seen covered in cobwebs, filled-in holes and snipped wires in the background.

On the floor are what appear to be decorating tools – pots of paint, rolls of paper, loose wiring and an electrical heater. A ladder stands next to Brueckner, while behind it are what appears to be a spare window and a paint roller, alongside other pieces of rubbish.

Danish TV journalists were shown the image by one of Brueckner’s ex-girlfriends, now 62 and identified only as M, who lived with him in a motorhome near the factory for a time around 2009. 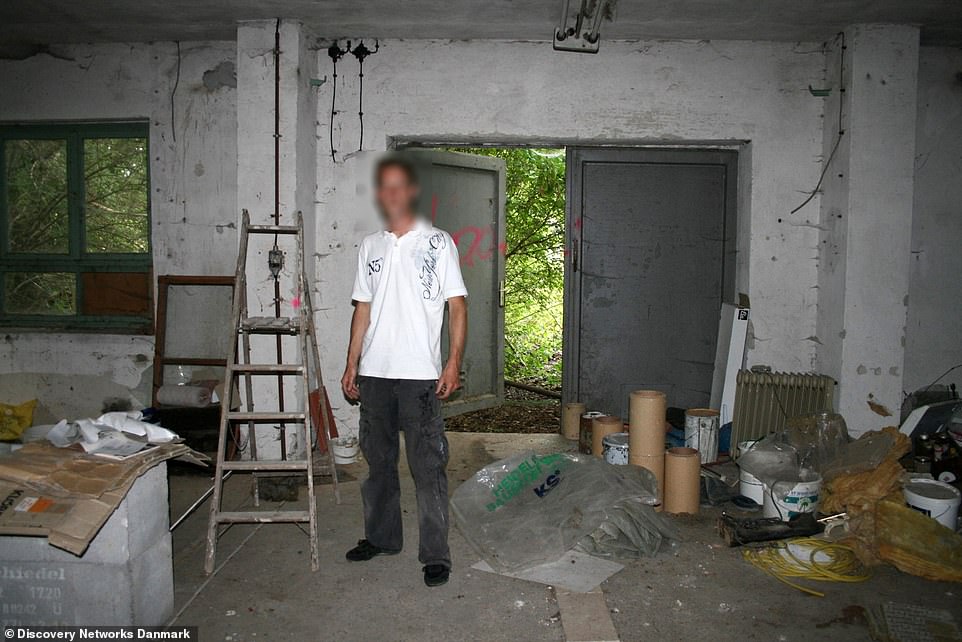 The image will feature in a new documentary, Prime Suspect: The Madeleine McCann Case, which will air on Discovery Plus.

Brueckner’s ex said she met him at an over-30s dating event in 2009 and agreed to go with him after he offered to let her live in the motorhome for free.

He later showed her the inside of the factory where he asked her to take photos of him and said he wanted her to ‘do the place up’.

‘He then started drinking more and more and he would come home at 2 and 3 in the morning. By this time I had had too much’ and she split up with him, she told the film-makers.

German police searched the factory site in 2016 while investigating Brueckner over the disappearance of another girl – Inga Gehricke, known as the ‘German Maddie’.

During the search police uncovered a red and white RV, and inside officers found a stash of girls’ swimming costumes – despite the fact that Brueckner does not have any children. 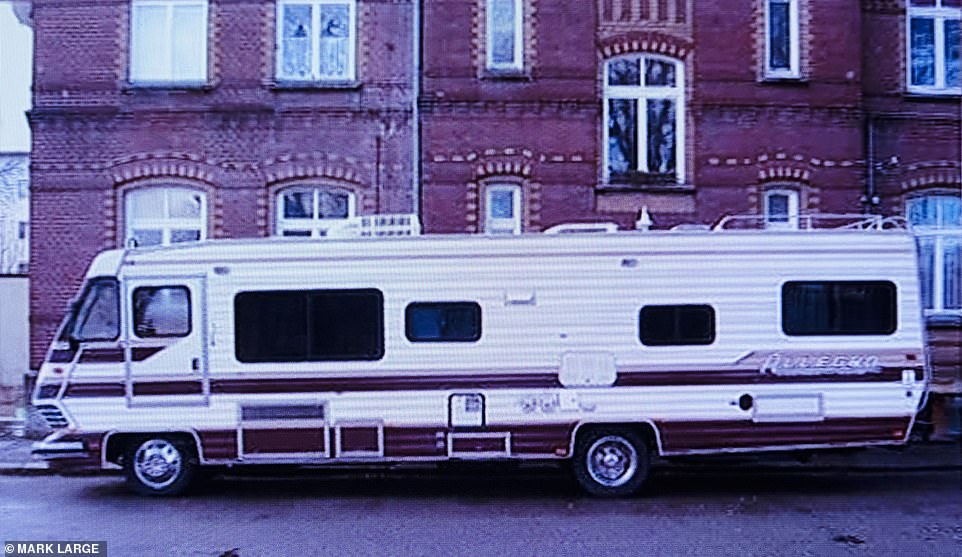 The image was revealed by one of Brueckner’s ex-girlfriends, who lived with him in a nearby motorhome for a time (pictured, the vehicle where they are thought to have stayed) 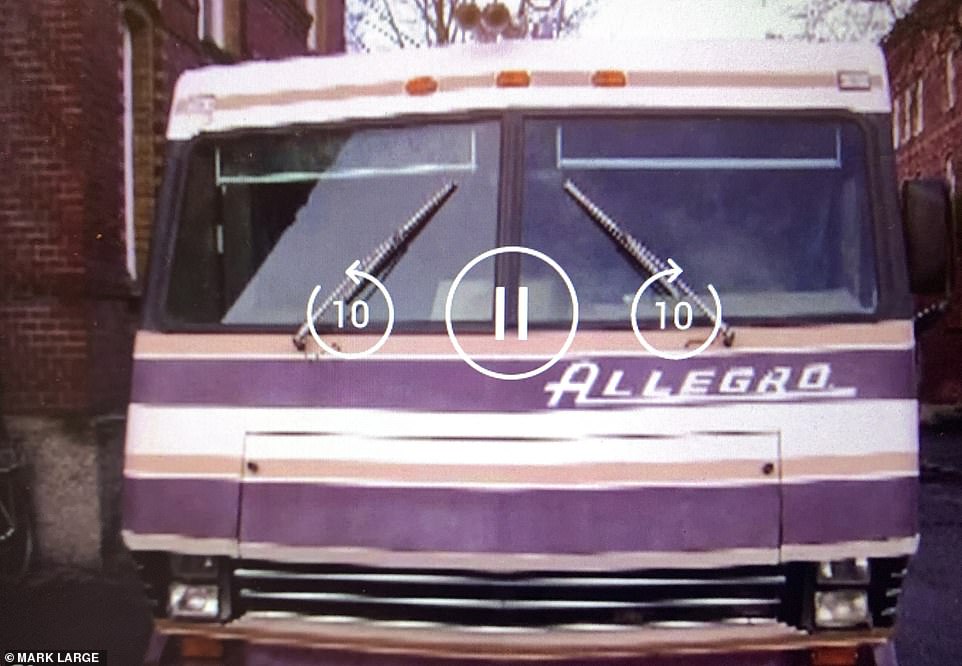 Those who knew the convicted paedophile said he had previously bragged that he could hide ‘drugs and children’ inside the van.

It is unclear when exactly he bought the vehicle, a 30-year-old Tiffin Allegro, but he was known to drive it between Germany and Portugal, where Maddie vanished.

Police have previously released images and a description of another van – a yellow and white VW camper – which he is thought to have owned around the time that Maddie disappeared, in 2007.

The drives were wrapped in a plastic bag and were in a shallow grave that also contained the body of Brueckner’s dog, which had died some time earlier.

German prosecutors have also said they believe Brueckner kidnapped and killed Madeleine, though have not charged him with the crime. 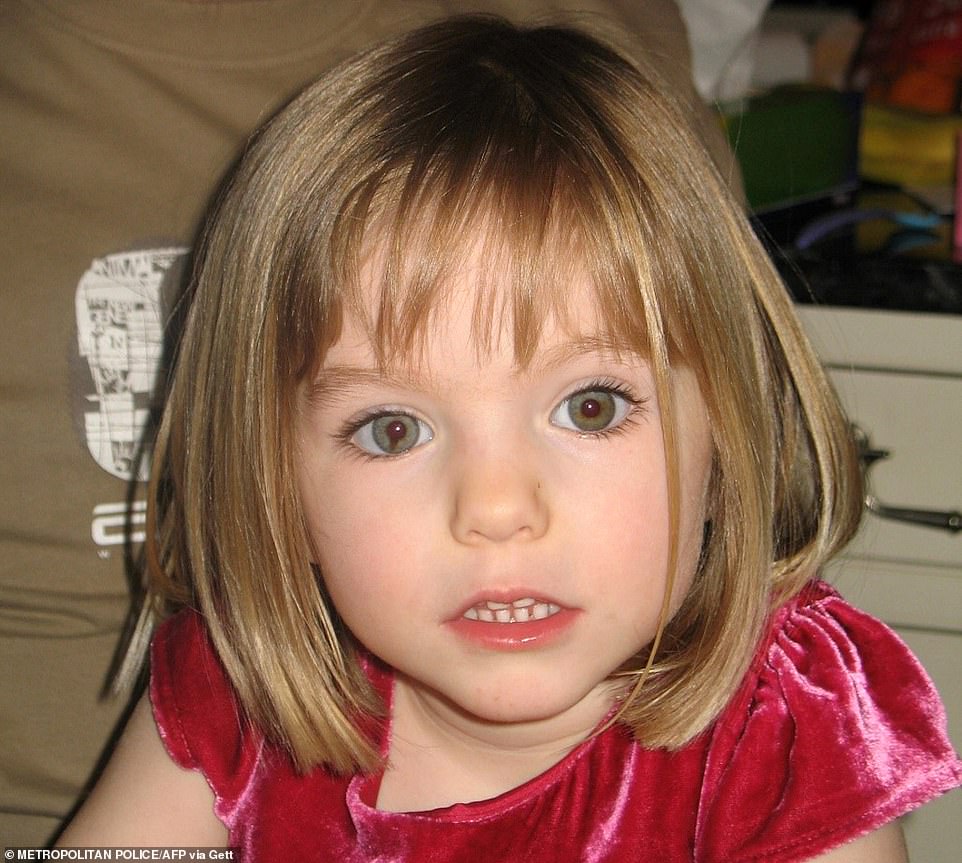 German prosecutors have identified Brueckner as the prime suspect in Madeleine’s disappearance, but have not yet charged him and are appealing for more information 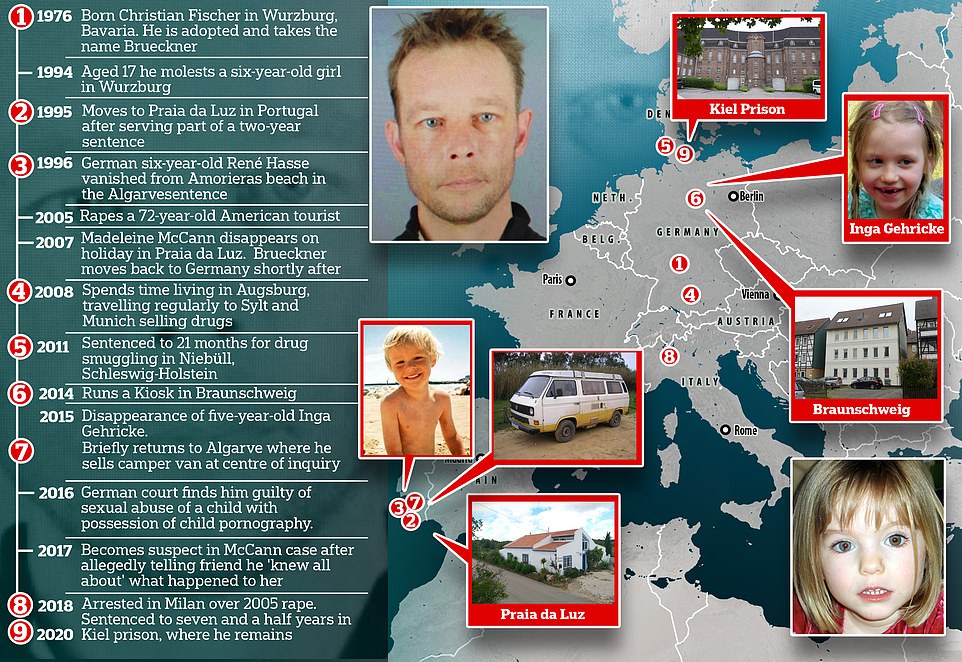 Brueckner has a long history of offending including convictions for child abuse that date back as far as 1994, and was known to frequent the Algarve

They are currently appealing for anyone who knows Brueckner and was around the resort of Praia da Luz on the night of May 3, when Maddie vanished, to contact them.

Prosecutors also claim to be in possession of evidence that Madeleine is dead, but have yet to reveal what it is.

Brueckner is currently serving a seven-and-a-half year sentence in a German prison for the 2005 rape of an American tourist in the Algarve.

He has previously been convicted of molesting a six-year-old girl in his native Germany, and has convictions for drug smuggling. 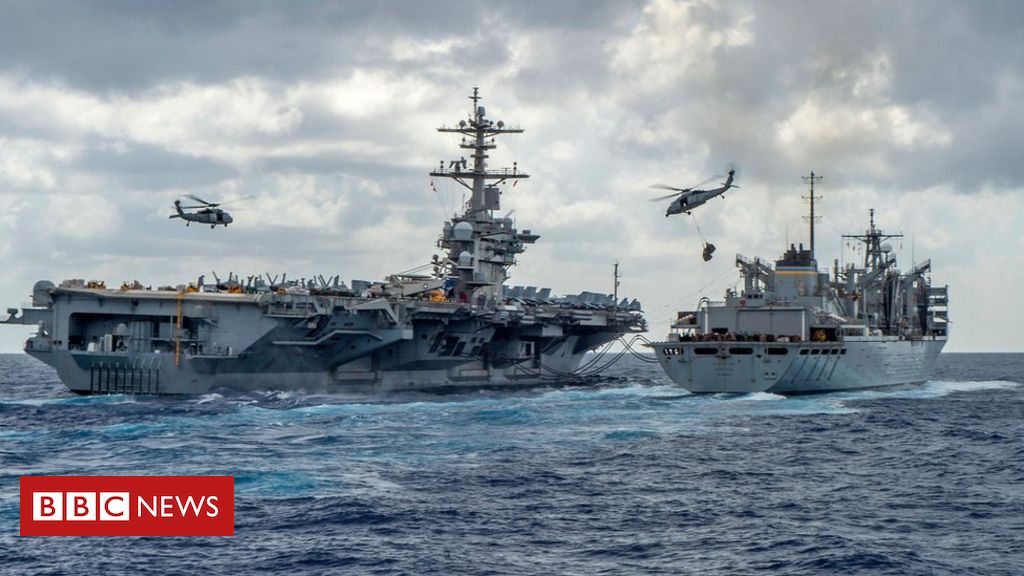 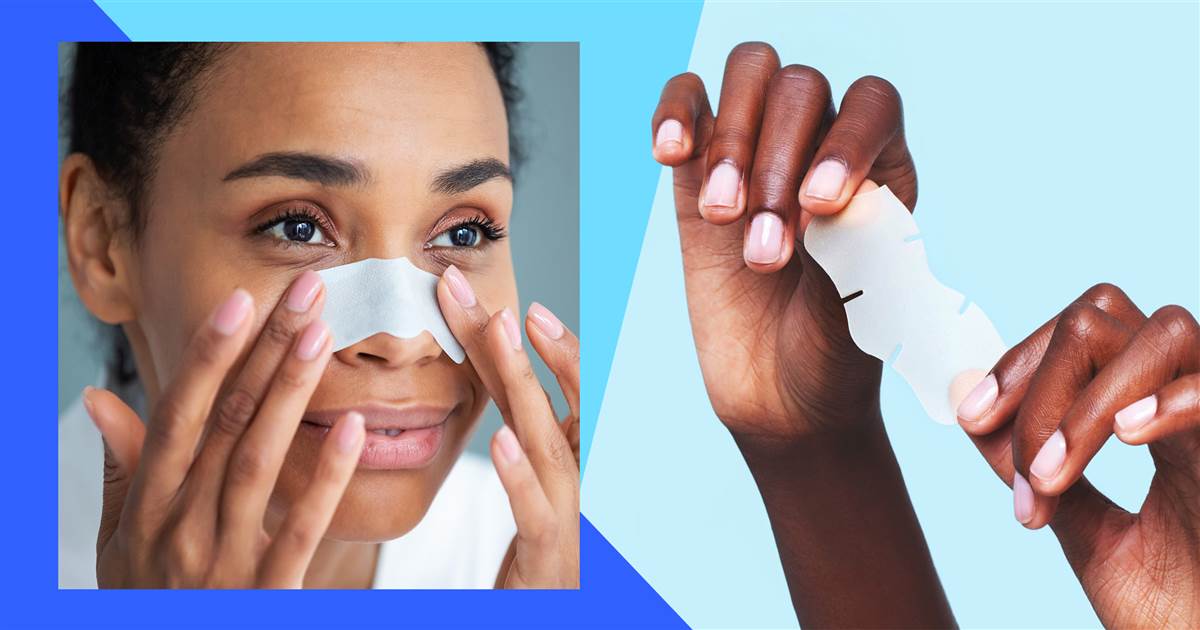 While perusing the skin care sections of stores like Sephora and Rite Aid, you’ve probably stumbled upon pore strips, a product that’s […] 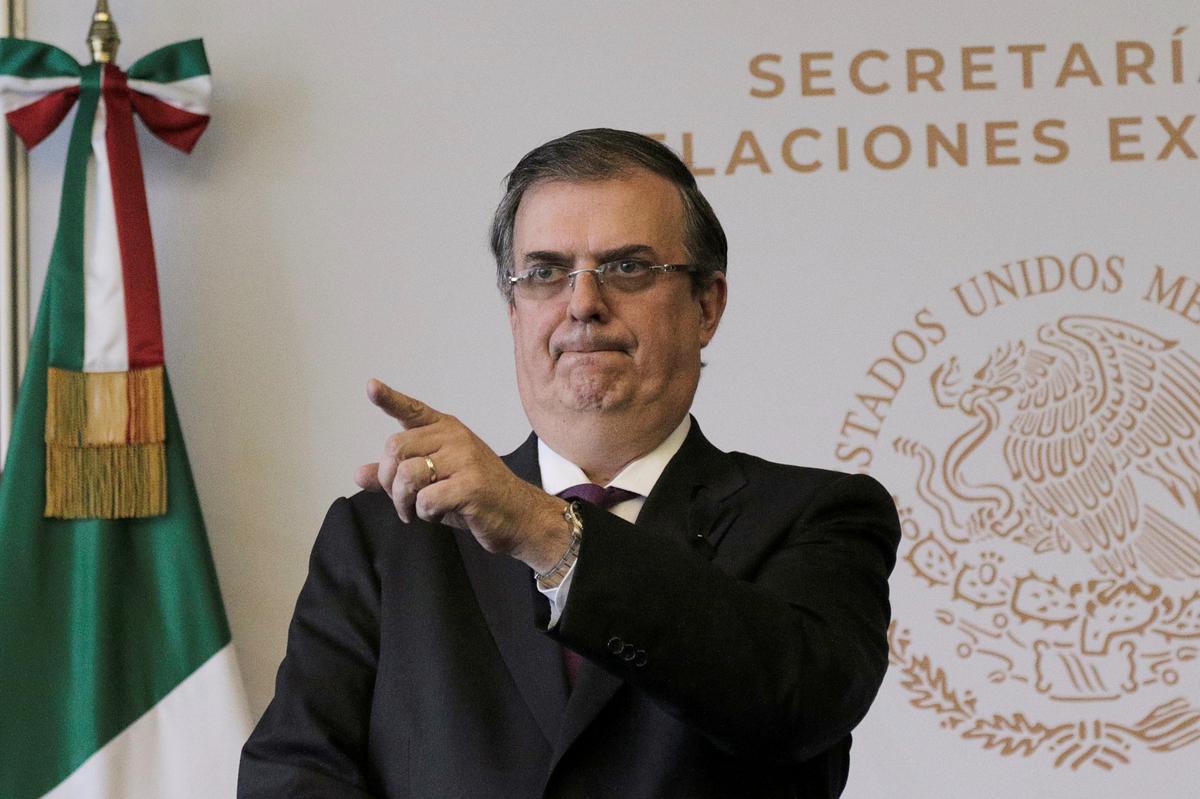 (Reuters) – Mexico’s attorney general is considering litigation alleging that the mass shooting at a Walmart store in El Paso, Texas, in […] 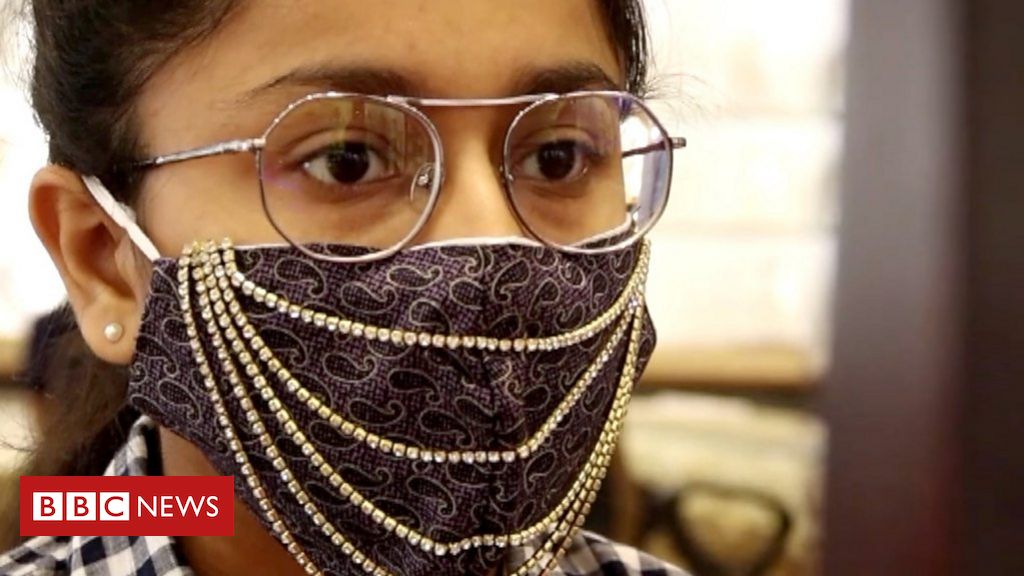 Jewelers have been inspired by the pandemic to turn every day masks into something precious. source: bbc.com