Cast yourself back to 2016. The Oculus Rift has finally launched and the HTC Vive isn’t far behind. It feels like the cusp of a new frontier for gaming—a step closer to that sci-fi dream of truly immersive virtual reality.

Then VR’s teething problems dragged us back to real reality. Despite some awe-inspiring moments, 2016’s VR wasn’t ready to revolutionize the games industry. Setting it up was messy. Not everyone had the required space. And many games were too short, or glorified tech demos, or both. Combined with high pricing, it became a niche.

Experiences like Superhot VR, I Expect You to Die, and The Climb demonstrated what was possible—and in five years, VR has made tremendous progress. Oculus, HTC, Valve, Sony and other hardware companies released their own headsets, pricing improved, some headsets went wireless, and VR’s library grew. With acclaimed exclusives like Beat Saber, Asgard’s Wrath and Half-Life Alyx, it’s a far cry from the early days, and VR’s shaping up nicely for 2021.

Despite these improvements, there are still issues holding VR games back. Here are some of VR’s most pressing problems that need addressing in 2021 and beyond.

Hand movement is well executed in VR. Recent controllers offer a grip button, helping to replicate picking up items. if you try throwing said item, though, that immersion quickly breaks. Controllers don’t offer that sense of weight when picking up virtual objects, making velocity hard to judge and throwing feel unnatural. Physics-based games often add weight to objects but if you cannot physically distinguish that difference with your controller, it doesn’t go far.

There isn’t an easy solution, but Microsoft believes an answer could lie within haptic feedback, something Sony has used in the PS5’s DualSense controller (and a recently revealed VR patent). Back in October, Microsoft presented PIVOT, a wrist-worn haptic device designed to accurately recreate throwing and grasping mechanics, leaving your palm free when not gripping. That kind of tech could feed into the next generation of VR controllers.

Motion sickness is notorious in VR. When your eyes tell your brain you’re moving, but your body doesn’t follow, nausea can set in. Generally starting with comfortable VR experiences like Beat Saber is advised, helping you build up a tolerance before taking on battle royales like POPULATION: One or anything that moves your body with an analog stick. But even then, veteran users can suffer. Several methods exist to combat motion sickness, but it could still be improved at a hardware level.

Valve’s recent work with OpenBCI is a good start, researching a headset that interfaces directly with brain signals to combat this effect. Refresh rate is a big factor, too—the first Oculus Quest’s 72Hz refresh rate was a big trade-off and potential cause of motion sickness. The Quest 2 improves that spec to 90Hz, though it’s still not up to the Valve Index’s 120Hz bar.

Comfort options are now common in VR games, with settings like turning off camera shake, varied movement settings or a restricted field of visions. This is at a developer’s discretion though, making it inconsistent.

One method which could help is giving players clearer warnings, setting their expectations. It wouldn’t solve the problem outright, but it’d help you make informed decisions. The Oculus Store deserves credit here and each game holds a comfort rating, telling players in a color-coded manner warning whether the experience is “Comfortable,” “Moderate” or “Intense.” It’s an excellent idea but one that Steam, Viveport and other VR retailers don’t currently utilise.

I’m not saying that all VR gaming is expensive, but we all know that PC gaming gets pricey. When competent setups can cost between £1000-2000 alone, VR headsets can significantly add to an already high investment. Oculus headsets are cheaper but at the higher end, the Vive Cosmos goes for $699 (£699) and the Valve Index costs $999 (£919). If rumours about Apple’s high-end VR headset are true, they could charge as much as $3000, though this would be a major outlier.

More affordable headsets like the Oculus Quest have helped a lot. The Quest’s original model was less powerful, no denying that, but Quest 2 offers a standalone headset with similar performance to PC headsets for $299 (£299).  Sure, it doesn’t have PC VR’s same expansive library—though, if you’ve got a good PC, Oculus Link and Virtual Desktop can make it even better. Facebook concerns remain Oculus’s biggest drawback, but the Quest did tear down a key price barrier.

Accessibility is easily VR’s toughest problem, since this isn’t a one-size-fits-all situation. Many games are based around physical movement and for those suffering with limited mobility, putting on a headset alone is challenging. If your hand movement isn’t steady, motion controls are a nightmare. Poor eyesight? Personally, I use contact lenses because my glasses won’t fit comfortably around a Quest 2, but people can be allergic to those.

VR’s practical applications for disabled players has been researched. In 2021, accessibility shouldn’t be treated as an afterthought. For flatscreen games and VR, it must be integral to how a game is designed. Microsoft is making inroads with SeeingVR for those with poor vision, Oculus has introduced “Accessibility Virtual Reality Checks,” and for SteamVR, 2MW has offered tools in WalkinVR. Progress is happening, but given VR’s physicality, we’re a long way from lasting solutions.

Motion sickness isn’t VR’s only comfort issue. Our necks and eyes simply weren’t designed to wear headsets on a regular basis. The weight of the headsets creates uncomfortable pressure on our necks (and sometimes noses). Eye strain has been researched previously, and concerns were  raised about extended use. Taking frequent breaks when playing is advised, though whether people follow that is a completely different story.

In terms of alleviating this discomfort, that can be as simple as swapping headsets. Older or lower priced headsets generally have lower resolution screens, which won’t help. Some official accessories can also reduce this sensation, like the Vive Cosmos’ face cushions. The Oculus Quest 2 doesn’t offer a brilliant strap out of the box, though you can buy an “Elite Strap” more inline with a Rift S, which includes greater weight balancing.

Locomotion is tricky to get right. VR games offering static frames of reference like cockpits are usually fine, but for free movement, developers use several common techniques. Some provide teleportation, letting you point to a destination and jump there with a click. It works, but doesn’t feel very immersive. Others base this off arm movement, which isn’t especially practical. Smooth joystick movement is a better, more immersive solution, but it can be nauseating. Developers came up with snap turning to fight motion sickness, but it feels like perfecting movement in VR remains a challenge.

Standard VR kits provide motion controllers plus a headset, but they can’t yet accurately register your full body. There are third party solutions out there, but they’re not great, either. The Virtuix Omni brought us a VR “treadmill” which proved awkward and costly. 3dRudder and AgileVR are promising avenues: one is a foot controller and the other is an exoskeleton, though think less Ripley’s power armor and more a motion-tracked knee brace. They’re both lightweight solutions that could increase immersion by truly tracking what you do with your legs and feet.  But until some technology like this is adopted by game developers and a VR maker like Oculus or Valve, it’ll remain side-lined. 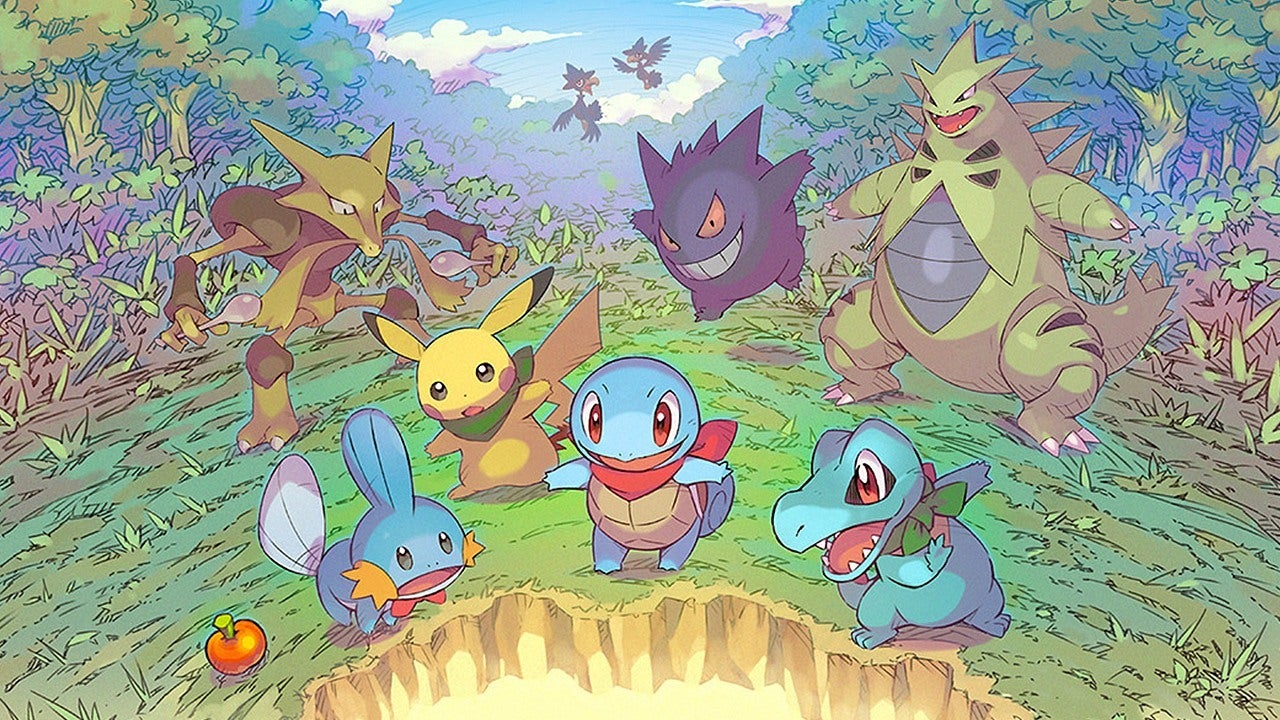 Playing Pokemon Mystery Dungeon: Rescue Team DX is, in many ways, exactly like saying its full name aloud: It starts off strong […] 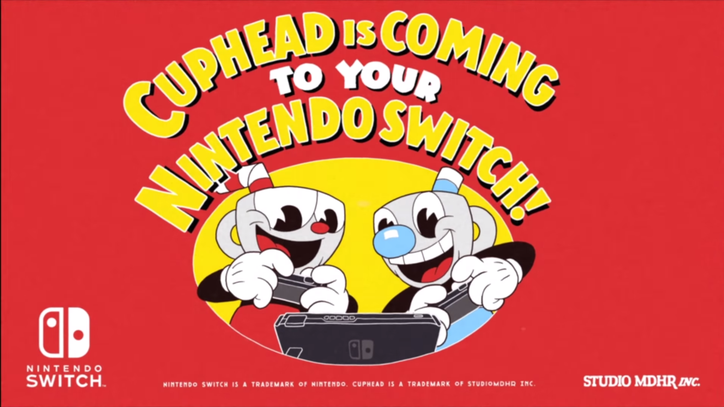 Cuphead is coming to the Nintendo Switch next month. Nintendo kicked off its Nindies Showcase on Wednesday by announcing the popular run-and-gun platformer will […] 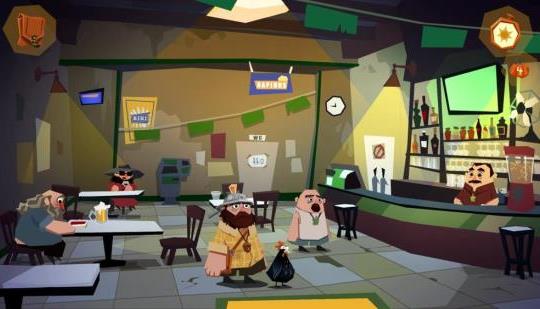 James writes – “Edgar – Bokbok in Boulzac is the title in the spotlight here and, in a nutshell, it tells the […]