A crowd of strangers Shmoney dancing to Bobby Shmurda in McCarren Park; the Green Lady chuckling on a street corner; a dead rat being blessed with Hennessy as it rests among flowers, bodega candles and Newport cigarettes.

There are countless symbols that capture the spirit of New York City, and over the last seven years, Nicolas Heller has documented nearly 6,000 of them on his Instagram, @newyorknico.

“I hate saying it’s a love letter to New York, because that’s overused, but it’s a page that showcases what I love about New York,” Mr. Heller said in a phone interview last month.

Now, his curation of New York City symbols is getting an even bigger audience: anyone on the subway. Beginning on Friday, icons like Jerry Seinfeld, Fran Lebowitz, Desus & Mero and Angie Martinez will remind riders to social-distance, wear their masks and, of course, mind their business. The new announcements were Mr. Heller’s brainchild.

Mr. Heller, a 32-year-old documentary filmmaker who grew up near Union Square and now lives in Brooklyn, has amassed a following of more than half a million people who now look to his Instagram for a glimpse of the city’s vivid characters. Sometimes, this includes a glimpse at New York Nico himself — a self-branded prospector of New York’s charms (who offers merchandise to match).

Falling somewhere between the worlds of talent scouting, matchmaking and mutual aid, Mr. Heller loves to thrust a spotlight on the people and businesses that make his city like no other.

“People just love to see the city through my eyes,” he said.

Interviews are conducted by email, text and phone, then condensed and edited.

8 a.m. My wake-up ritual is usually lying in bed and looking at Instagram, Twitter and the news and getting so upset about the state of the world that it forces me to get up and start my day.

9 a.m. I begin to check emails. I started selling merch this past fall, so now I always wake up to people asking where their package is even though they have a tracking number. Late last year I pitched an idea to the M.T.A. to update the subway announcements with the voices of iconic New Yorkers, so that’s been my big project for early 2021. Since there isn’t a budget to rent a studio, we figured out a way for all the talent to record their announcements through the voice memos app on their phone while I direct them over Zoom. Today we have three scheduled, so I’m confirming with them over email.

9:40 a.m. I was asked to judge the Vimeo Festival, so I’m writing about the winning films. I’m simultaneously working with my girlfriend, Naomi, on a yearlong project I’m doing with Topps where I’ll be designing 20 baseball cards.

12:05 p.m. I’m going into the city to get some art framed from one of my favorite frame shops, Artful Posters. It’s in the Village right next door to where I went to middle school. It’s a good excuse to get me into the city until I have to go home to do those M.T.A. Zooms, so now I’m gonna walk around and see what happens.

1 p.m. I just ate lunch, so I’m killing some time around the city. Generally, when I don’t have anything to do I’ll walk around and stop into some of my favorite businesses to say what’s up. I just stopped into Astor Place Hair Stylists, where I’ve been going for my haircuts since I was 10. I’m very good friends with Big Mike, who’s been the manager there for 40 years.

2 p.m. I’m back home in Bed-Stuy looking over some scripts and scheduling more talent for the M.T.A. project.

2:45 p.m. I record my first M.T.A. announcement of the day with Maliibu Miitch.

3:30 p.m. Recorded another, with Michael Rapaport. My third appointment got canceled, so I’m going to catch up on emails.

6:45 p.m. Just finished dinner. Now I’m reaching out to more potential M.T.A. voices through Instagram while trying to pick a movie to watch.

7:30 p.m. Watched a documentary series on Netflix about what happens after you die, while texting with Debi Mazar about who else I should get for the M.T.A. project.

8:15 p.m. I was supposed to get back to work, but I never finished “Entourage” after starting it again (for the third time) a few months ago. So I’m going to do that instead. Work can wait till tomorrow.

8 a.m. Woke up, looked at my phone and saw a meme that referenced a Crystal Castles album from 2008 that I listened to religiously at the time.

8:45 a.m. Going for a run. I told myself that in 2021 I will start running more. It’s something I never thought I’d do, but I’m off the heels of completing last year’s goal — getting my driver’s license — so I’m feeling optimistic.

10 a.m. Had a Zoom call with New York Magazine about a special project that we’re working on.

11:10 a.m. I’m sending emails and reading scripts before M.T.A. Zooms begin at 1 p.m. David, the writer of the scripts, writes the customized ones the night before, so I look them over in the morning before sending them off to talent.

Noon I’m recording Cam’ron later today, so I’m listening to the albums that I used to play all the time in high school. If you told me in 10th grade that I would be recording Cam’ron for the M.T.A. 15 years in the future, there’s no chance in hell I would believe you.

1:50 p.m. Recorded the legendary Debi Mazar. It went a little longer than anticipated, so now I’m hustling to get ready with my call to Cardi B’s publicist.

2:25 p.m. The call with Cardi’s publicist went really well. Hopefully, we can get her involved. This week is a little atypical for me because I usually have the time to hit the streets, but with this project, I’m confined to my computer. It’s crazy how stir crazy I can get in such a short period of time.

3 p.m. Recorded with Desus and Mero. I recently directed a Timberland commercial that they starred in, so it’s cool to work with them again.

4 p.m. Recorded with Jadakiss. James Harden got traded to the Nets in the middle of our Zoom, so we were able to celebrate the news that N.Y.C. just got a star player.

5 p.m. Cam’ron had to reschedule, which was a blessing in disguise because I got a ton of emails while recording that I need to respond to.

11:30 p.m. I always fall asleep watching something. Lately it’s been “30 Rock.” This record of my schedule makes me realize I watch a lot of TV.

9:30 a.m. I have a Zoom meeting discussing another potential project with the Knicks. In December, I produced a commercial for the team that got a really great response.

10:30 a.m. Zoom with Harry’s. They make razors and hair products and have donated a ton of supples to Astor Place Hair, so we’re discussing ways to partner on video profiles.

1 p.m. I have to photograph a pigeon so we can use it for my Topps card, and I’d prefer to do that rather than spend a lot of money licensing one. So I’m out and about in Washington Square, trying to find a flying pigeon, but there don’t seem to be any, which is a little suspicious. I know I could’ve found a pigeon back in Brooklyn, but I used this as an excuse to come into the city. Also, I have a meeting with Mikey from Mikey Likes It Ice Cream at 2, so killed two birds with one stone. No pun intended.

2 p.m. Met up with Mikey. We’ve been talking about collaborating for a couple years now, but we’re going to create a signature flavor and drive around the city giving it out.

3 p.m. A producer from an NBC talk show called me to ask me about Henry Yao, owner of Army & Navy Bags. A few months ago I helped bring awareness to Henry’s struggling business, and it caught the attention of many New Yorkers, who came together to save him. They’re interested in doing a segment on us.

4 p.m. Recorded with Awkwafina. Little-known fact: She and I worked at a movie rental store in the West Village when we were 16.

5:30 p.m. Recorded with Angie Martinez. Going to take a break.

8 p.m. Digging through my photo library to find a photo of a damn pigeon but got completely distracted by this trip down memory lane. Still haven’t found a good pigeon photo.

9:30 a.m. We have 85 percent of our M.T.A. recordings done, so I’m finally going through all of them and choosing selects. My best friend, Kevin, stops by to do some work.

Noon Finished sorting through the recordings. Kevin and I walk to Fort Greene to get lunch. I see a pile of pigeons but was unsuccessful in trying to take their photo.

1:30 p.m. Back home. Updating my merch site and responding to emails.

2:30 p.m. Went for another walk around the neighborhood. Now I’m handling some accounting and sending invoices.

9:30 a.m. Whenever I wake up past 9 a.m. (even on weekends) it feels like I’ve wasted my whole day. While thinking about excuses why I’m not going to run today, I decide to go with the fact that I woke up late.

10:30 a.m. I sit down with Naomi to work on Topps and realize that I still never got that photo of a pigeon. A blessing in disguise, because this gives me another excuse to run into the city for the day.

12:45 p.m. Meet up with Trent and Jack of Sidetalk, an Instagram account that does these really incredible 60-second man-on-the-street videos featuring amazing N.Y.C. characters. We walk around the city starting at Washington Square, going down to Chinatown and east to Tompkins Square, where Jack gets a milkshake at Ray’s Candy Store.

2 p.m. We stop by Cozy Soup ’n’ Burger to say hey to the owner, John, and grab a cup of split pea soup to go. Cozy has been around for 49 years and has been really struggling to stay open during the pandemic. I’ve been trying my best to help drive traffic.

3 p.m. Heading back to the park to see what’s up. Washington Square Park has always been my No. 1 hangout spot. We meet up with Justin Theroux.

3:30 p.m. My friend AP (also known as @aptheangel) comes through. We all hang for a bit. I tell AP that I’m struggling to take a photo of a pigeon, so he says I can just use one of his. Problem solved.

4:30 p.m. I go to pick up the prints that I had framed at the beginning of the week at Artful Posters. They look incredible. I chat with the owner’s son about the mayoral race for a bit. We agree that it is going to be a circus. 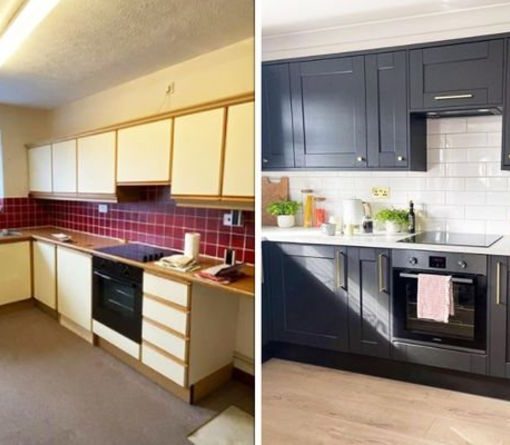 Becca Larkin and her partner Jordan renovated a bungalow, transforming the property and documenting the process on the account @renovationliving. Embracing dark […] 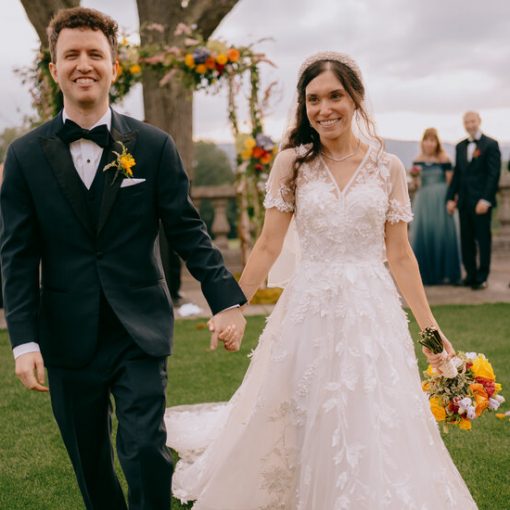 Alexis Joondeph-Breidbart let Ryan Linden know before their first date that if he wanted to win her over, he should come armed […] 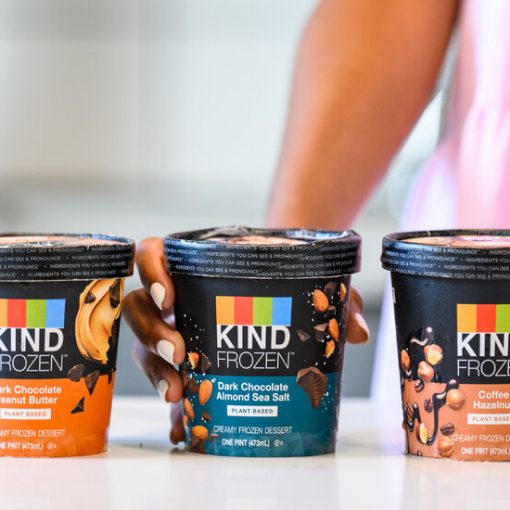 Kind bars have been around since 2004, and its line of products, primarily fruit and nut mixtures, has grown; the company has […] How to sow cosmos seeds Sophie said: “Sow the seed. I have tried two method and both have been successful. Either surface […]