Crystal Palace star Wilfried Zaha has opened up on his on-pitch bust-up with Ravel Morrison in England’s Under 21 clash against Lithuania eight years ago.

The Three Lions’ 5-0 rout was overshadowed by the pair pushing and shoving each other.

And now Zaha has shed light on what caused the scrap, conceding that the way former Manchester United and West Ham midfielder Morrison played ‘annoyed’ him. 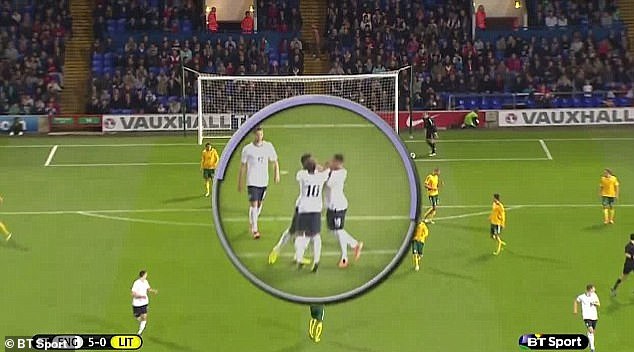 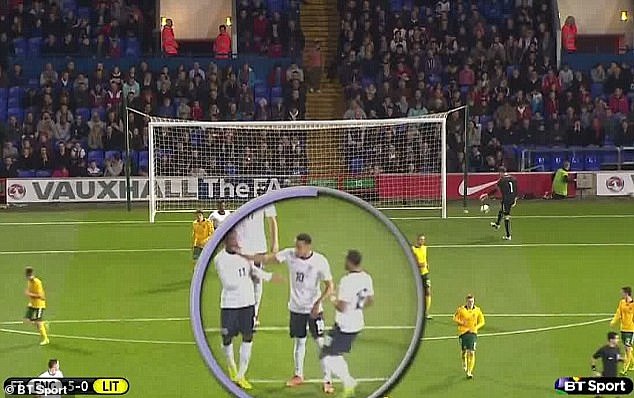 ‘He was just getting me mad. He was moving like he was Ronaldinho and the rest of us were just no-one,’ Zaha said on the On The Judy podcast.

‘He was getting the ball and he was just doing tricks and the only time he passes it if he really needs to and we’re just stood there with our hands on our hips while he’s going past six Lithuanian players. And it’s just like ‘what are you doing?’

‘It was that easy – the team that we had, we had such good players and we can all do that, we can all hog the ball and go past all of them but we’re not doing it. We’re trying to be professional, play properly but he was just on his own thing.’

Zaha confronted Morrison on the pitch which resulted in Morrison thrusting his arm into his team-mate’s face with Zaha pushing back. It was left to substitute Nathan Redmond to act as peacemaker, breaking up the clash between the two.

‘I just had enough, I was like “what are you doing? We can all do what you’re doing right now, pass the ball” and out of the blue he just pushed me,’ Zaha continued.

‘I’m like “are you dumb?” so I pushed him back and it was just nonsense on the pitch and then when you go inside the man is silent. 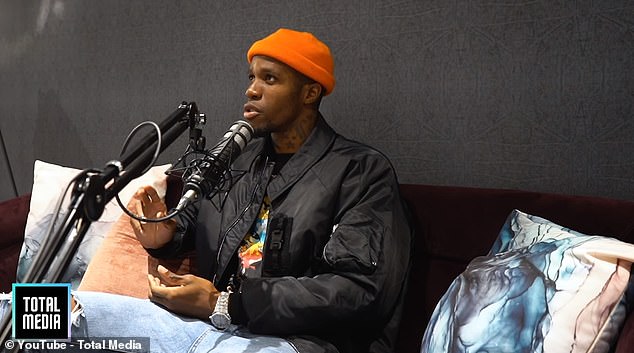 Zaha has shed light on what led to scrap, conceding that way Morrison played ‘annoyed’ him

‘You’re trying to push me outside like you’re on whatever then when we go inside you’re just in your corner on your own so I was like what the hell – it got me really mad because the rest of the team is playing normally and he’s doing tricks and then you push me out of the blue.

‘Keep that energy when we go indoors but he didn’t. It’s not like I’m trying to beef people but it’s like “what are you on? Why are coming on like you’re better than everyone else?” So that annoyed me.’

Morrison, who is a free agent after he and Dutch outfit ADO Den Haag agreed to end his deal by mutual consent last month, scored two goals as England thrashed Lithuania. 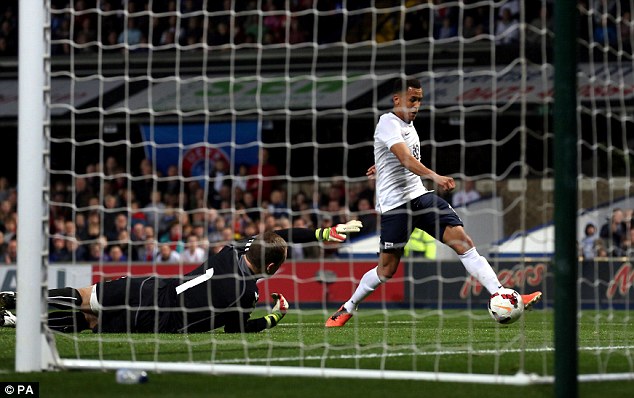 Morrison, who was at Man United and West Ham as a young player, scored two in the 5-0 win

Redmond said at the time: ‘It was just a bit of a disagreement, nothing else. We got back in the changing rooms and we sorted it out. You get that with teams everywhere, there is just a bit more of spotlight on this incident because it was for England.

‘We sorted it out behind the scenes. Rav’s a class player, sometimes he just has to move the ball a little bit quicker. Sometimes you do get a little bit frustrated with him, but you just have to let Rav be Rav because of the things he is capable of.

‘A lot of teams could have sat back and been a bit lazy with the ball (at 5-0) but we want to get as many goals as we can.’

While England manager Gareth Southgate was U21s boss at the time and dealt with the issue straight away by speaking to the pair at Portman Road. 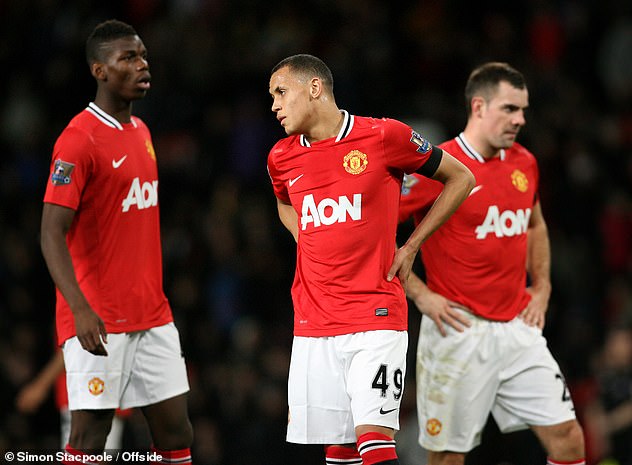 Ravel Morrison (centre, pictured with Paul Pogba and Darron Gibson in the 2011 League Cup quarter-final) failed to live up to his potential at Manchester United before leaving in 2012 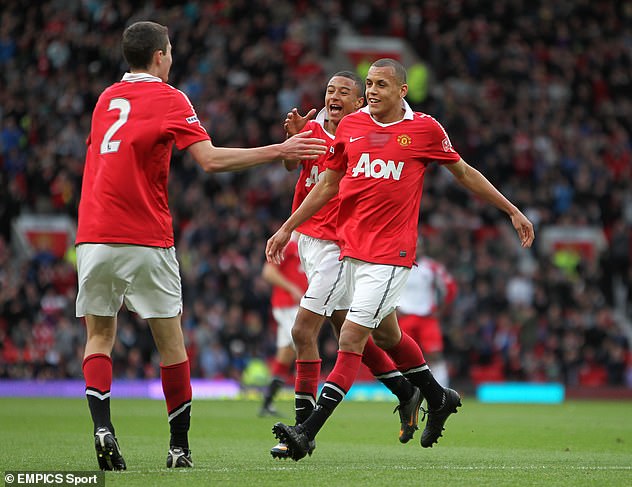 ‘Yes, it is a challenge managing a national side,’ he said. ‘But there are no issues. I spoke to Wilfried and Ravel in the dressing room and before they left the ground they were hugging.’

Ex-United starlet Morrison, 27, has played for 11 clubs after starring alongside Paul Pogba at youth level. Sir Alex Ferguson said he had ‘as much natural talent as any youngster we ever signed’.

But Morrison’s off-field misdemeanours gave him a reputation for being a troublemaker.

In 2013, he narrowly avoided jail time after pleading guilty to witness intimidation. Morrison admitted threatening a mugging victim to try and stop him giving evidence against two people accused of carrying out the attack.

Morrison’s behaviour also hindered him at United and was believed, in part, to be one of the reasons why he only made three appearances for the club.

Former United defender Rio Ferdinand claimed Morrison ‘could have been a £100m player’ if Manchester United had given him a proper mentor. 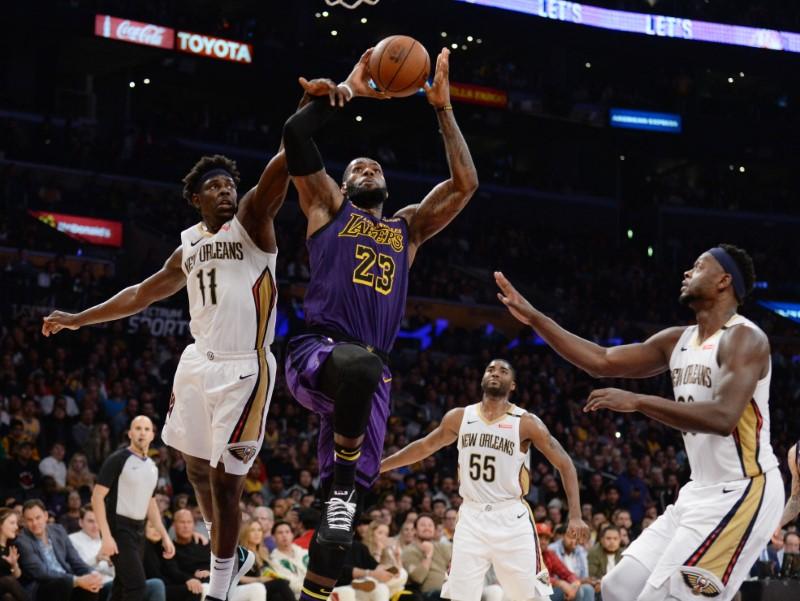 LeBron James, sick enough earlier in the day that his ability to take the court Friday night was in doubt, nonetheless finished […] 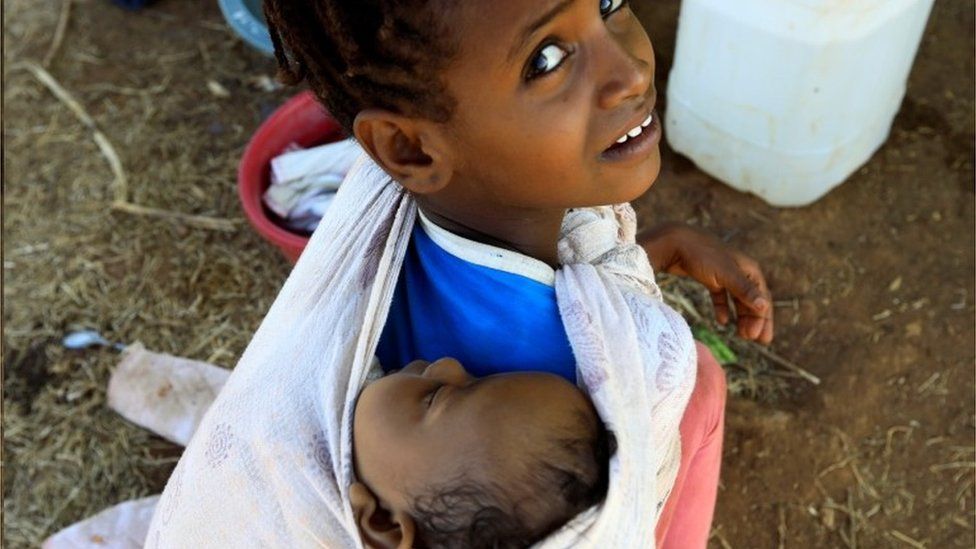 Children are among tens of thousands of people who have fled Ethiopia’s Tigray region to Sudan About 2.3 million children in Ethiopia’s […] 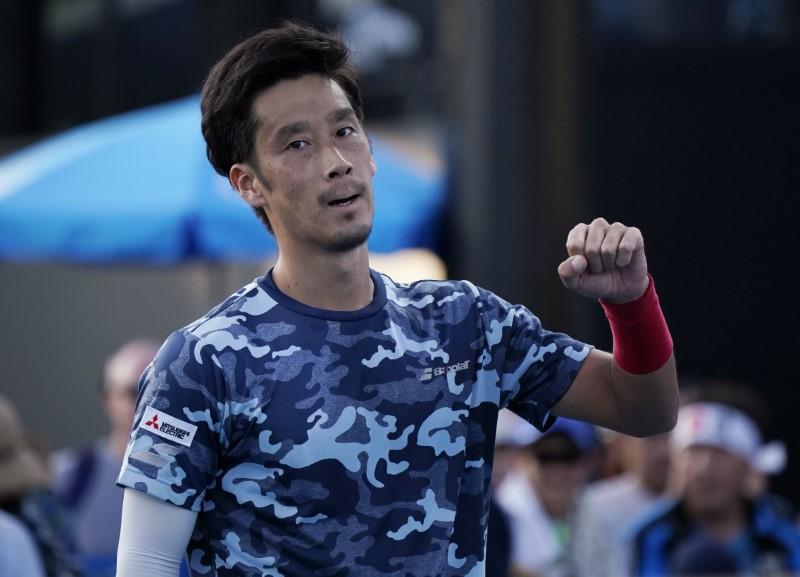