It was a Saturday morning and Adam was feeling bold.

He’d made thousands of dollars on a single trade the night before, and was feeling lucky. But Adam wasn’t trading on the NASDAQ, pumping GameStop stocks or investing in a startup. He was about to sink $2,500 into a cryptocurrency called DeTrade.

It seemed safe. Adam had investigated the coin’s development team on LinkedIn, and watched a video of its CEO laying out a roadmap for the coin’s future. A newswire piece published on Yahoo touted DeTrade’s technology as advanced enough to disrupt cryptocurrency.

Bitcoin is very much back in the zeitgeist. On Monday it reached an all-time-high of over $47,000 thanks to a $1.5 billion investment from Tesla, quadripling its value from this day last year. But while for many people Bitcoin is synonymous with cryptocurrency, it’s not what crypto traders like Adam are interested in. Beneath Bitcoin and Ethereum, the second-best-known currency, is a strange underworld of different cryptocurrencies.

Called altcoins or, sometimes, “shitcoins,” these are essentially penny-stock cryptocurrencies. And they’re crazy. Bitcoin tripled its value recently, but many altcoins explode 30, 40 or 50 times over within days. Arguably the most famous is Dogecoin, which recently shot up thanks to a potent combination of Reddit and Elon Musk, but there are thousands of altcoins, forming an Indiana Jones-esque Cave of Crypto Wonders. The spoils can be life-changing, but there are traps around each corner. Fortunes can be made and lost in seconds. Cons and fraudsters are everywhere, with traders vulnerable to scams at each step of the process.

Case in point: Adam’s foray into DeTrade. The touted technology behind it wasn’t real. Nothing about the project was. DeTrade, for all intents and purposes, didn’t exist. The LinkedIn profiles were fake, and the video of its CEO was a deepfake created with AI. It was a scam. Those behind it, operating in the unregulated world of crypto, vanished. Adam lost his $2,500, but he got off easy. In total, those behind the scam took in around $2 million.

Adam got into cryptocurrency in September. When we spoke, it felt like he’d crammed years of trading into two months. He put in $4,000 and lost it in days. Then he turned $3,000 into $90,000. After withdrawing a third of that and then losing just over another third, he now had around $20,000 in crypto.

Adam had seen some tempestuous trading in recent weeks. One person managed to flip $2,000 into over $40,000 on two different occasions, but lost it all to scams both times. Another put $150 in a coin and doubled his money in 15 minutes. Decent result, but his $150 would’ve turned into $28,000 if he’d waited only one more day.

But despite the community’s enthusiasm, there’s a small problem. Right now cryptocurrencies don’t really do anything.

Investing in a stock means ascertaining its value — based on factors like competition, risks and, above all, profit generation — and then putting money into ones that are undervalued. If other investors follow you, the stock rises, giving you an opportunity to take profit.

Speculation is naturally part of this: The Dot-com Bubble was all about pouring money into “pre-profit” companies in the hopes they’d make money someday. Cryptocurrency, however, takes speculation into the stratosphere. For the most part, cryptocurrency is pure speculation. People are investing in technology that produces nothing, and has no practical application. As I write this, a coin called Meme is selling for $517. That’s a little over four times the price of an Apple share. Doge, a coin marketed after the internet slang for “dog,” doubled in value earlier this month after a pornstar tweeted about it. After the price settled, it then rocketed once more when Reddit wanted to make it the GameStop of cryptocurrency.

This disconnect between price and purpose has made many experts understandably skeptical.

David Gerard is one such skeptic. He became interested in Bitcoin in 2013, when it first hit $1,000, and has since written two books on cryptocurrency. His most recent focuses on Libra, Facebook’s ill-fated attempt at digital currency.

“The driving force of Bitcoin and cryptocurrency is nothing to do with technology,” he told me during a Skype call. “It’s all about the chance that people might get rich for free. All of this is about the psychology of get-rich-quick schemes.”

In his years working as an IT systems administrator, Gerard’s job has been to examine new technology and discern what’s useful and what’s not. Cryptocurrency, he told me, is not.

“Bitcoin burns a whole country’s worth of electricity for the most inefficient payment network in human history,” he said.

That’s no exaggeration. Cryptocurrencies are mined using powerful computers, and many enterprising types put together farms of computers used solely for the purpose of mining Bitcoin. As a result, Bitcoin is responsible for more energy consumption than Switzerland.

Gerard says the only thing you can do with Bitcoin is buy it and sell it. He’s even harsher on altcoins.

“They’re absolutely useless objects. Even by the standards of Bitcoin, altcoins are useless,” he said.

This is precisely what makes them so fascinating. Seemingly, all they can do is get internet punters to bet on their success. But this enables average people to become rich. That Meme coin I mentioned before? It was listed at $2.72 and a month later hit an all-time-high price of over $2,000.

Imagine becoming a millionaire from a joke internet coin.

Crypto Spider has made millions with altcoins. Crypto Spider isn’t his real name. Like most people in the cryptocurrency community, he goes by a pseudonym.

He’s gained renown in some Telegram groups over the past few months thanks to a “2K to 1M” challenge, where he endeavored to see how quickly, and with how few trades, he could turn the first number into the second. In cryptocurrency, you can follow someone’s portfolio if you have their wallet number, so the community was able to watch this challenge play out in real time.

“You won’t ever see that type of explosive growth if you don’t trade in altcoins,” he told me, though he also said “95% of these coins are going to be nonexistent in the future.”

Like Adam, Crypto Spider has no background in finance or trading. He lists college courses in game theory, basic algorithmics and some economics as useful to his crypto exploits — but in essence he’s a self-taught amateur. He declined to tell me his specific age, only that he was “20ish” when he first got into cryptocurrency in 2017.

He admits he was attracted by the “pretty numbers,” by seeing coins magnify in value 30, 40 and 50 times within a short period. He was enthusiastic enough to start a university club around cryptocurrencies, and how they’d be used in the future.

Crypto Spider says cryptocurrency will play a “major part in the future of finance,” and speaks with the passion of a believer. He breathlessly transitions from how cryptocurrency is a part of the internet’s evolution to the possible use cases of blockchain, the technology behind Bitcoin, in the next 10 years. But despite his enthusiasm, I couldn’t help but notice how chunks of what he said echoed Gerard.

For one thing, he looks back at all the projects he was excited about in 2017 and realizes most were almost entirely vaporware, technology that’s advertised but never delivered.

Gerard calls the cryptocurrency community a pool of scammers. Spider notes that people often invest in altcoins they know don’t have a function, because there’s enough hype around the project to make money. “It’s a bubble,” he said, “we’re literally swapping money from each other. I somehow was able to game all the other people.”

Spider says his performance is 60% luck. He first approached cryptocurrnecy trading with the mentality of, “I’m young, I’m dumb, I can lose all my money and it’ll be OK.”

Again, it reminded me of something Gerard said: “If you’re rich enough that your money is your own problem, fine. If you know zero is a number your investment could go to, fine.”

“But a lot of people are being ripped off, and that’s really bad.”

People really are getting ripped off. Difficult to regulate and subsisting largely on hype, cryptocurrencies are particularly prone to scams.

Take OneCoin, a company that, through a presale for a cryptocurrency that didn’t exist, stole $4 billion from people around the world before its founder disappeared. Then there’s BitConnect, a coin that reached a $2.6 billion valuation by promising a 1% return on investment every day. It was eventually designated a Ponzi scheme by various authorities around the globe, causing it to lose 96% of its value before getting shut down months later.

Those are two of the biggest instances of crypto-fraud. But millions of dollars are scammed from cryptocurrency markets every day in less dramatic ways. Coins are suddenly discontinued, with owners taking all the money with them in what the community calls “rug pulls.” Some have investment contracts, ignored like terms-of-service agreements, that prohibit you from taking your money out of a project. Other times, entire cryptocurrency exchanges — which sell coins like a stock exchange sells stocks — vanish.

“I think I’ve been scammed over 100 times,” Crypto Spider said, adding that he lost $250,000 through fraud in December. “Who knows who creates these projects. A lot of people are taking on pseudonyms, because they’re almost all money grabs.”

But the deepfake used to scam $2 million adds a new vector. Coming into wider use in recent years, deepfakes are mostly used for pornographic purposes, but as the DeTrade scam shows, deepfakes can also be used in financial scams.

Gerard says he’s never seen a deepfake used as part of a scam before. Crypto Spider says he’s seen it just once.

“We didn’t have that problem in 2017, where people would use deepfakes and rug pull like this,” he said. “The internet is evolving, but the scammers are also evolving.”

Deepfake technology “is being democratized, and that may not be a good thing,” said Julie Inman-Grant. Now commissioner of the Australian government’s eSafety Commission, Inman-Grant formerly led public policy teams at Microsoft, Adobe and Twitter.

“This kind of takes the art out of social engineering,” she explained, referring to the techniques usually used by scammers to get you to click a fraudulent link or hand over credit card details. “If they’re delivering a video of someone you respect and you really have no way of telling by the naked eye or ear if it’s fake or not, the potential for misuse could be devastating.”

Ironically, it’s blockchain, the behind-the-scenes technology, that could be the solution to the burgeoning deepfake problem. In cryptocurrency, the blockchain is an unalterable ledger that tracks every transaction. Once it’s on the ledger, it can’t be altered. That same technology can be used to track anything — like the creation and distribution of a video, from studio to iPhone screen. There are already startups working toward this, like Truepic.

When I asked about blockchain’s ability to neutralize deepfakes, Inman-Grant wasn’t entirely optimistic.

When Bitcoin hit $40,000 in December, before its Tesla-induced all-time-high, it was confirmation to enthusiasts that cryptocurrency is the future. For skeptics, a higher peak just means a more precipitous fall.

“I think they’ll become increasingly regulated and less and less interesting,” Gerard said of cryptocurrency. That means less of the “pretty numbers” Crypto Spider was attracted to, but hopefully fewer scams.

For Adam, DeTrade actually had a happy ending. One aggrieved victim of the scam analyzed the metadata of the deepfake, which he used to track down the perpetrators. After some naming and shaming across Telegram, the money was returned.

Correction, 1:30 p.m. PT: Removed incorrect statement that Netflix had yet to turn a profit. 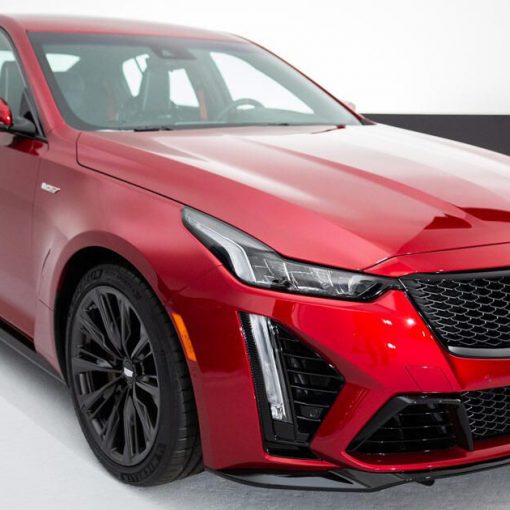 With 668 horsepower on tap, this is the most powerful production Cadillac in history. Cadillac Cadillac unveiled a pair of missiles on […] 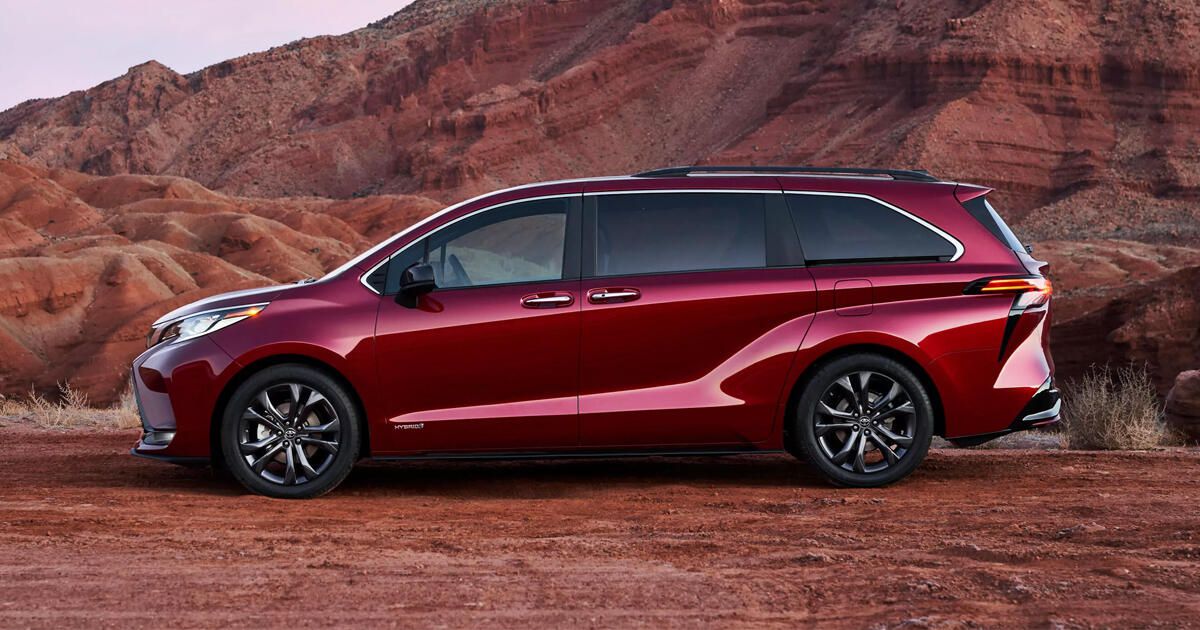 The Sienna also trounces the competition in the “Fender Aggression” category. Look at those lines! Toyota Whither the minivan? As buyers abandon […]

The FA has apologised after the organisation was called “thoughtless” for telling several players, including an “in tears” goalkeeper Hannah Hampton, that […] 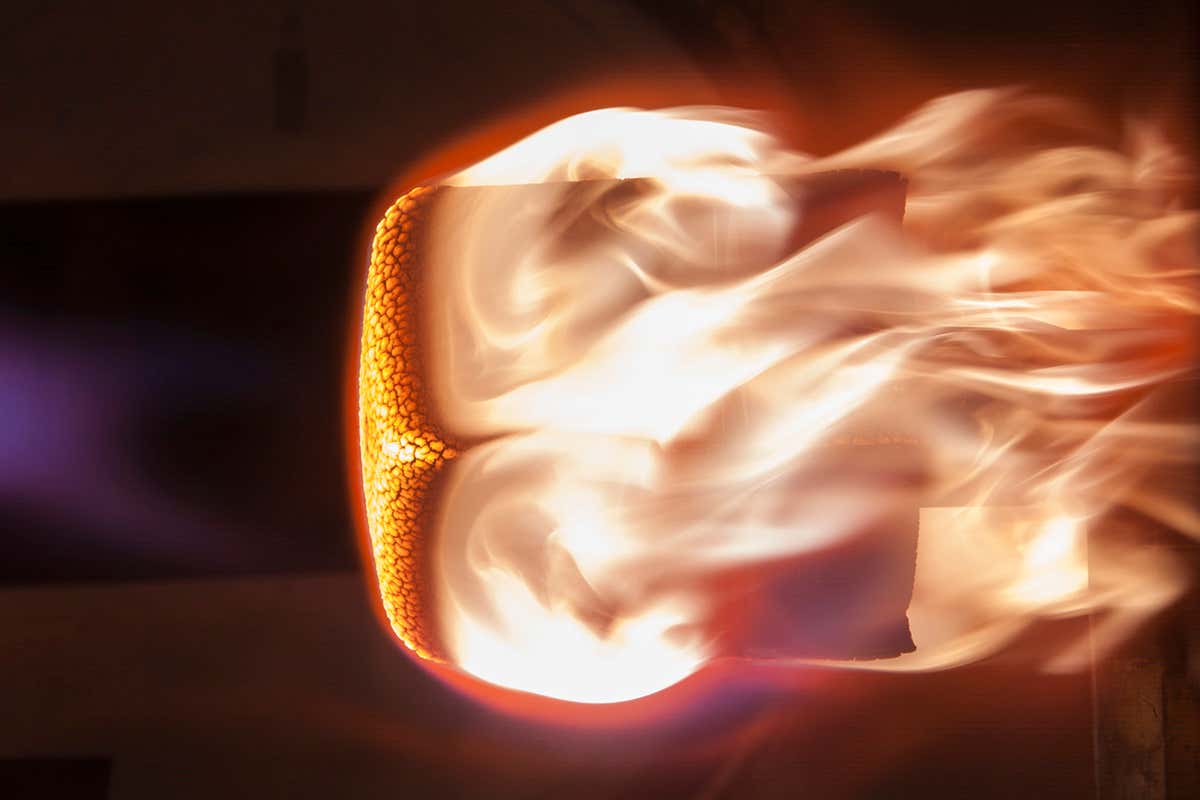