PRAGUE — The Czech Republic is further tightening entry rules in an effort to limit the growing spread of highly contagious variants of the coronavirus.

Travelers from high-risk countries have to present a negative PCR test on arrival that is not older than 72 hours and must go into quarantine for at least five days before another PCR test. They also have to fill in an online form before their trip and wear a respirator for the first 10 days of their visits.

High-risk countries include Britain, Ireland, Portugal, Spain, Slovakia, Slovenia, the Baltics states and most other countries outside the EU.

Those traveling from less risky countries are asked to present a fast antigen test on arrival.

The measure becomes effective on Friday.

The Czech Republic has already banned all tourist trips.

— Desperation grows as Mexico runs out of vaccines

— Coronavirus deaths in the United States have surpassed 450,000. The number of daily deaths remains stubbornly high at more than 3,000 a day, despite falling infections and the arrival of multiple vaccines.

— Chancellor Angela Merkel says Germany is over the peak of its latest surge in coronavirus cases but she wants to wait for data on the spread of new variants before deciding on lifting lockdown restrictions.

A government statement released early Friday details the lifting of restrictions. People will no longer have to remain within 1,000 meters (yards) of home, national parks will reopen and restaurants can offer takeout. Workplaces not open to the public can also reopen.

Israel has launched one of the world’s most successful vaccination drives, inoculating more than a third of its population of 9.3 million in a matter or weeks. But the rate of new cases has remained high, in part because of more contagious variants from Britain and South Africa.

Israel has been reporting some 7,000 new infections a day, one of the highest in the developed world. Nearly 5,000 people have died, more than a quarter of them in January alone. There have been three nationwide lockdowns since the start of the pandemic.

Israeli Prime Minister Benjamin Netanyahu is urging Israelis to get vaccinated, with a particular focus on people over 50. The rate of vaccinations has slowed recently, with some apparent hesitancy among Arab citizens, ultra-Orthodox Jews and younger people.

BERLIN — Germany’s death toll in the coronavirus pandemic has topped 60,000 even as new infections decline significantly.

The country’s disease control center, the Robert Koch Institute, said Friday that 855 more deaths were reported over the past 24 hours. That brought Germany’s total so far to 60,597.

In Europe, the U.K., Italy, France, Russia and Spain have reported more deaths. Germany had a relatively low death rate in the pandemic’s first phase, but saw much more infections in the fall and winter — peaking around a month ago — and hundreds of deaths per day in recent weeks. The death toll hit 50,000 two weeks ago.

A partial shutdown that started at the beginning of November was widened into a second lockdown in mid-December and is still in place. Chancellor Angela Merkel and state governors are due to discuss on Wednesday what, if any, restrictions can be lifted after its current expiry date of Feb. 14.

The Robert Koch Institute said Friday that 12,908 new coronavirus cases were reported in the past day, compared with 14,022 a week earlier. There were 79.9 new cases per 100,000 residents over the past seven days — down from a peak of nearly 200 in late December but still above the government’s target of a maximum 50.

NEW DELHI — Pfizer Inc says it has withdrawn its application for emergency use of its COVID-19 vaccine in India.

The company said Friday that it participated in a meeting of experts of the drug regulator on Feb. 3. Based on the deliberation of that meeting and “our understanding of additional information that the regulator may need, the company has decided to withdraw its application at this time,” it said in a statement.

The company was the first to approach the Indian regulator in December for its messenger RNA vaccine that it has developed with Germany’s BioNTech. They were closely followed by applications for two other vaccines — a version of the AstraZeneca made by Serum Institute of India and another by Indian company Bharat Biotech — which eventually got the nod for emergency use on Jan. 3.

However, India’s Health Ministry has said that Pfizer hadn’t made its presentation to experts who needed to clear the vaccine, before the regulator could green-light its use in India.

Pfizer said in the statement that it would continue to engage with authorities and that it was committed to making its vaccine available for use in India. The company said that it would “resubmit its approval request with additional information as it becomes available in the near future.”

It isn’t clear what information the committee of experts had sought from Pfizer on Feb. 3.

Indian Health Ministry officials point out that the Pfizer vaccine isn’t necessarily best suited for India since it requires ultra-cold freezers for storage that aren’t easily available, and due to its high cost.

MEXICO CITY —— Mexican President Andrés Manuel López Obrador posted a video Thursday saying he had tested negative on an antigen test, after testing positive for COVID-19 about 12 days ago.

“I am well now,” López Obrador said, walking down a flight of stairs in the National Palace to prove his point. He did not say when he would end his isolation and return to public appearances.

The country posted a near-record daily COVID-19 death toll of 1,682 Thursday, bringing the total to 162,922. Authorities also announced that about five cases of the U.K. variant had been found in Mexico, some apparently through local transmission.

WASHINGTON — Biden administration officials are weighing sending masks to every American as they hope to nudge individuals to do their part in lowering coronavirus transmission rates.

White House chief of staff Ron Klain said in an interview with NBC News that administration officials are looking at using mask supplies that the government already has in its stockpile.

Klain said that the administration hopes to make an announcement on a potential move “in the next few days or next week.”

Biden has pleaded for Americans to wear masks during the first 100 days of his administration. It’s a step he said could help save thousands of lives as Americans await their turn to be vaccinated.

BOISE, Idaho — Legislation intended to speed up Idaho coronavirus vaccinations that includes a $5,000 fine for businesses that fail to report they’re hanging on to unused doses has been introduced.

The House State Affairs Committee on Thursday cleared the way for a public hearing for the bill sponsored by Democratic Rep. John Gannon and Republican Rep. Bruce Skaug.

The bill would require businesses to administer 70% of vaccination doses within two weeks of receiving them. Unused doses would be sent to a different entity that could use them.

ELKO, Nev. — One of the rural Nevada counties Gov. Steve Sisolak has criticized for undermining COVID-19 restrictions has established a fund to raise private money to support businesses fined by state agencies for failing to follow the rules.

Elko County commissioners emphasized after they unanimously approved the fund on Wednesday that it won’t include any taxpayer money.

Commission Chairman John Karr said the ultimate goal is an easing of the restrictions that set capacity limits, require masks and social distancing.

The last Elko County business fined by Nevada OSHA for violating coronavirus restrictions was Owens Market & Ace Hardware in Carlin for $2,603 in November. In August, AutoZone was fined $9,694, and Russell Cellular $3,470.

The Democrat Evers said in a video message Thursday that his priority is keeping people safe and that wearing a mask was the most basic way to do that.

Republicans who voted to repeal the order said Evers was exceeding his authority by issuing new public health emergencies rather than having the Legislature approve extensions. The repeal hadn’t even taken effect before Evers issued a new one.

The Wisconsin Supreme Court is weighing a case that could settle the issue.

LANSING, Mich. — A ban on popular high school winter sports was lifted Thursday by Gov. Gretchen Whitmer’s administration, days after frustrated parents and anxious teens rallied at the Capitol to try to persuade officials that basketball, wrestling and hockey could safely take place during the coronavirus pandemic.

Whitmer said science, not protests, made the difference. Nonetheless, many school officials said they believe she considered the pleas to revive the sports season.

Athletes must wear masks or, if that is unsafe, be regularly tested for COVID-19 under the revised order.

The ban began Nov. 18, when the state also prohibited in-person instruction at high schools and reinstated business closures and restrictions to address a resurgence in cases and hospitalizations.

A group called Let Them Play Michigan, a hockey league and the parents of five high school athletes had sued the state this week, days after a large weekend rally in Lansing.

Mayor Bill de Blasio argues the strategy would provide more people at least some protection, even if it meant delaying the second part of the two-shot regimen for some people.

State Health Commissioner Dr. Howard Zucker turned down the idea Thursday. He notes the federal Centers for Disease and Control and Prevention hasn’t recommended it and says it would create anxiety for people awaiting second doses.

COLUMBIA, S.C. — Some South Carolina senators, including the Republican leader, want teachers sent to the front of the line to get coronavirus vaccines so students can get back to full-time, in-school learning.

However, Republican Gov. Henry McMaster wants to keep the plan to prioritize people over 65.

The governor says it is unethical and immoral to ignore older people, who he says are more likely to die from the virus.

But the decision likely rests with the Legislature. Senate Majority Leader Shane Massey introduced a proposal Wednesday to get all teachers and other critical school employees the vaccine within 30 days, if they want it.

Two weeks later, every district in the state would have to offer students in-person classes five days a week. Just under half of the schools in South Carolina are currently a mix of in-school and online classes, with a small percentage remote only. 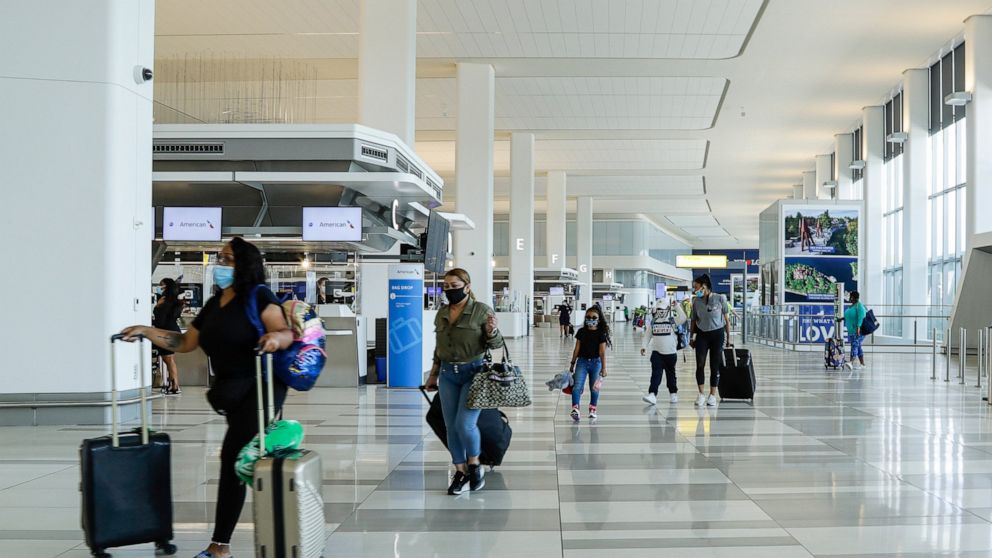 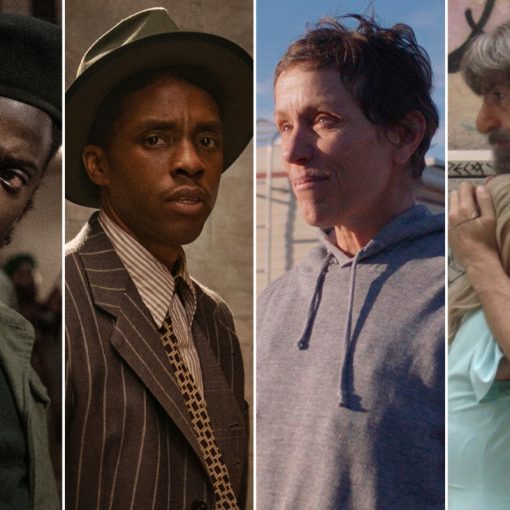 It’s the one night of the year when Hollywood’s most glamorous stars are allowed to SAG. The 2021 Screen Actors Guild Awards […]