Mandy Patinkin and Kathryn Grody have been together since their first date nearly 43 years ago, a giddy daylong romp through Greenwich Village that began with brunch and ended with them making out on a street corner. “I’m going to marry you,” he declared. “You’re going to get hurt, because I’m not going to marry anyone,” she replied.

Their wedding was two years later, in 1980. But like many long-term couples, their partnership has thrived in part because they are away from each other so much. Grody, 74, is an Obie Award-winning actress and writer; Patinkin, 68, finished the final season of “Homeland” last year and spent the end of 2019 and the beginning of 2020 on a 30-city concert tour.

In March, they left Manhattan for their cabin in upstate New York and embarked, like so many of us, on something radically different: months of uninterrupted time together. The result is a matter of public record, because scenes from their marriage — in all its talky, squabbly, emotional, affectionate glory — are all over social media, courtesy of their son Gideon, 34, who started recording them for fun and then realized that there was a vast demand for Patinkin-related content.

For months, people have scrolled through Twitter, Instagram and TikTok to watch Grody and Patinkin debate, declaim, snuggle, bicker, horse around, play with their dog, Becky, obsess about politics and display their (lack of) knowledge about such topics as text-speak and the New York pizza rat. More recently, the world has followed along as they got their first doses of the vaccine (“one of the few benefits of being old,” Patinkin wrote).

Now, as they near the first anniversary of all that togetherness, they say that except for desperately missing their older son, Isaac, who lives in Colorado and recently got married, they feel lucky to be together. “There’s no question,” Patinkin said. “Being with my family holed up for 11 months has been one of the true gifts of my life.”

As this phase of the pandemic nears its end, do they plan to turn their unlikely social-media fame into a family sitcom or reality TV show? No, says Gideon, although they have gotten endless inquiries. For one thing, his parents can barely operate the video functions on their phones, and eventually he will again have to leave them to their own devices. “Once the world is vaccinated and living life is back in vogue, I might have to teach them how to do selfie videos,” he said. “That should be something.”

After the first few videos last spring, Grody exhorted Gideon not to portray them simply as an “adorable older couple,” she said. “You have to get some of our annoyance in there,” she told him.

What annoyance? In dueling interviews, the couple outlined the many ways they irritate each other. Patinkin hates the way his wife amasses old newspapers, like a hoarder. Grody hates how, when she fails to answer her husband’s calls, he redials incessantly — three, four, five times — until she picks up. She likes podcasts; he likes rewiring the house. She is a “social maniac,” Patinkin said; he “likes humanity in general, but very few specific people,” Grody said.

In one video, they tell Gideon how they celebrated their anniversary the day before.

“It began lovely, and turned into an absolute fight,” Patinkin says. “Both of us lost.”

“I apologized and that made dad cry,” Grody says. “We’ve always connected through weeping.”

The response was so positive, with people posting that the couple reminded them of themselves or their parents or just brought joy at a dark time, that Gideon now advises other young adults confined at home to embark on similar projects. “I became astonished at how much I could get out of them,” he said.

Their efforts expanded this summer and through the election. Patinkin has long volunteered for the International Rescue Committee, a nonprofit humanitarian organization, and Gideon encouraged his parents to use their growing social media base — now 250,000-plus on Twitter, 155,000-plus on Instagram, 940,000-plus on TikTok — to work for Democratic candidates in the presidential and Senate elections.

The couple took part in virtual fund-raisers; did endless phone banking; danced, sang, cooked and goofed around. Enlisting the services of the writer and director Ewen Wright, they recorded TikTok campaign spots, like one in which Patinkin tells young people to get their parents and grandparents to vote, and then twerks to a remix of the song “Stand By Me.”

Mystifyingly to them, some of their videos have been viewed more than a million times.

“I don’t understand this stuff,” said Grody, who on one video can be seen trying to explain what she thinks TikTok is: “a communication tool” that encourages “young people to meet various kinds of other young people.”

All the while, Gideon kept filming, adding new nuances to what has turned into a portrait of a complex marriage.

It has not been without its adversities. (“They are an exquisite mess, but theirs is a deeply rich joy,” is how Gideon put it.) For one thing, there is Patinkin’s self-proclaimed moodiness. Once, he related, he was so unpleasant in the car en route to visit a relative that Gideon, then a teenager, said, ‘Dad, if you can’t get it together, don’t come in.” (He didn’t come in.) Another time, he felt so trapped and sulky before Thanksgiving — a difficult time of the year for him — that he decided to fly to New Orleans to spare his family, only to change his mind and demand, successfully, to exit the plane before it took off.

“Everyone in the family knows I’m a (synonym for jerk),” Patinkin said. “But they know me and they love me and they forgive me, and that’s why I feel safe. The word ‘safe’ is such an operative word at this moment.”

By that he meant the pandemic, and how lucky it is to be with someone who makes you feel secure in a time of insecurity.

“There have been times during this whole period — sometimes I don’t even know what triggered them — there are times when I wake up and I find myself weeping, and she holds me and no words are spoken,” Patinkin said of his wife.

“I married a woman who knew a guy was nuts, and she has loved me and stood by me and educated me and politicized me,” he continued.

Or, as Grody said: “I used to say that I was supposed to marry a rock so I could be the lunatic, but instead I married a lunatic and I’ve had to be the rock.”

They have separated twice in the course of their marriage, once for six months, the other for eight months.

“It was ridiculous, to tell you the truth,” Grody said. “I would say, ‘Don’t you know we’re supposed to be separated?’ As difficult as our problems were, it was far more difficult to be without each other.”

They love describing how they met. They told the story in separate interviews, each observing that the other would focus on totally different details.

Her version includes noticing her future husband in a 7Up commercial, circa 1970, a full eight years before they met. She then noticed him again in 1975, in his debut theater performance — the premiere of “Trelawny of the Wells,” which also starred Meryl Streep, Mary Beth Hurt and John Lithgow. She found the young Patinkin so appealing from afar that she turned to her then-boyfriend and said, “He’s my type — what am I doing with you?”

Patinkin’s version includes how he went to her house for dinner soon after their fateful initial brunch and found that, living in a tiny walk-up in Little Italy, she stored her sweaters in the oven. Mis-following a recipe, she served him chicken covered in raw bacon.

Patinkin brought up “The Princess Bride,” in which he played Inigo Montoya, a swordsman trying to avenge his father’s death — and which at heart is about the search for true love.

“I have found true love,” he said, “and first and foremost, I have it with my wife.”

“When I look at Mandy, I see all of the Mandys I’ve ever known, from the person he was then to the person he is now,” she said. “I’m still in love with his face.”

In November, the couple appeared together in a video for the Jewish Democratic Council of America. They toasted the election results, exhorted everyone to stay safe. And then he sang “Somewhere Over the Rainbow” in Yiddish, as his wife wept quietly beside him.

“To have known somebody all these years, and to have lived this life together, and to have weathered the brutalities of intimacy — it’s a daring thing,” she said. “It’s an astonishing thing.” 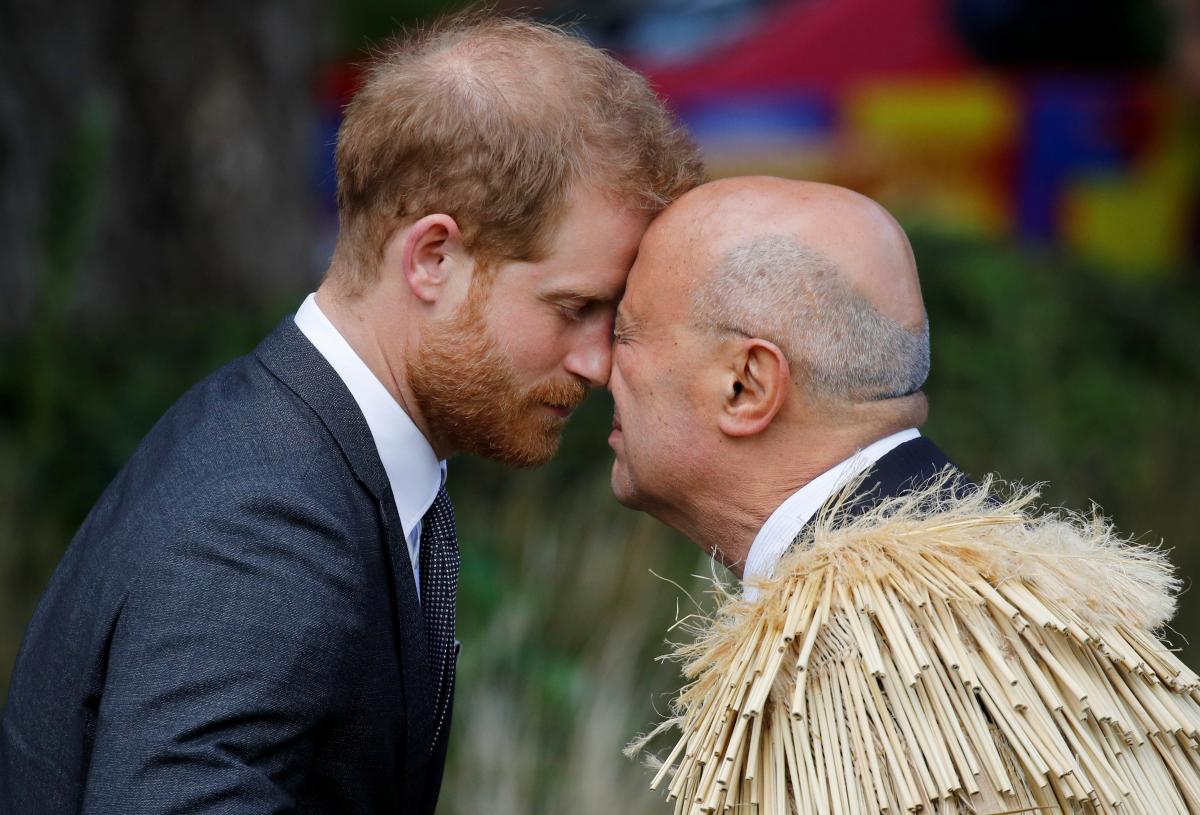 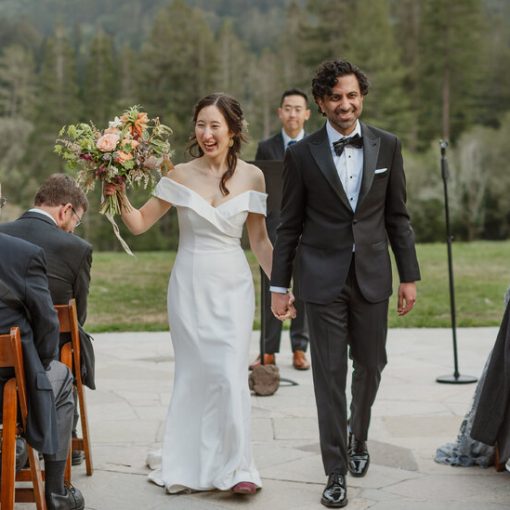 While getting ready to meet Harsh Shah at Hoi Polloi Brewing, a taproom and lounge in Berkeley, Calif., on a November evening […] 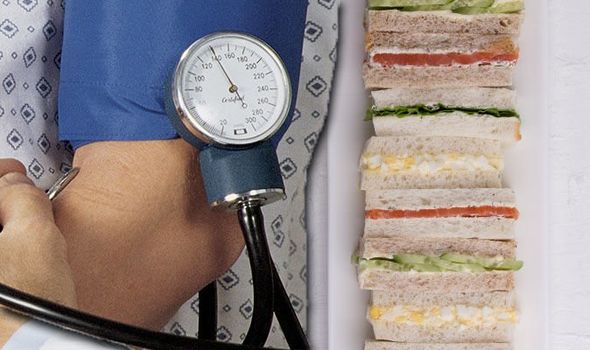 HIGH blood pressure risk could be lowered by making some diet or lifestyle changes. You could lower your chances of developing deadly […] 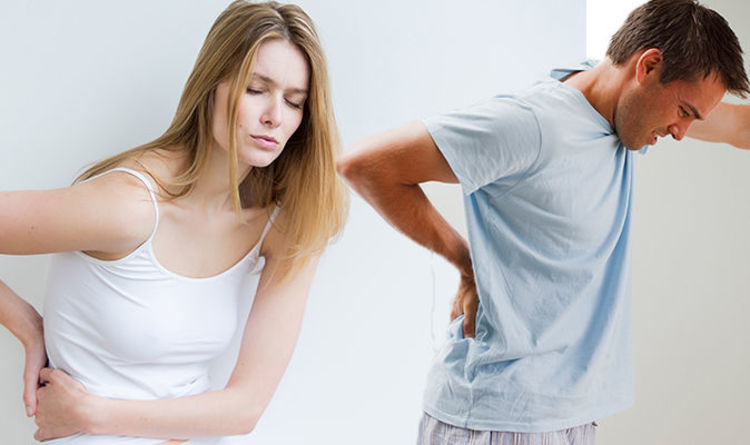 Back pain can be a stressful condition for people who suffer from it, getting in the way of daily activities. According to […]