Skip to content
Only 5,000 invited guests were permitted into Rio de Janeiro’s iconic Maracana stadium to watch the match but that didn’t stop supporters from partying into the night back in the team’s home city of Sao Paulo.

Despite lockdown measures, pictures show supporters, many without a mask, hugging and dancing in the streets after substitute Breno Lopes scored a dramatic stoppage-time header to secure a 1-0 win over Santos.

Fireworks were set off as the team returned home in the early hours of Sunday.

There have so far been 9,176,975 confirmed cases of Covid-19 in Brazil with 223,945 virus-related deaths, according to Johns Hopkins University data. The country has the second-highest death toll in the world.
READ: ‘No hugs’ in future as Premier League grapples with Covid-19 spike

There had been an increased police presence around the Maracana with authorities worried fans would gather outside for what has always been a passionate fixture.

The game itself only sprung into life during the closing stages with Santos seeing its manager, Cuca, sent off moments before Lopes’ 99th-minute header sealed a famous victory for Palmeiras.

The goal sparked delirious scenes with players running over to celebrate with those supporters allowed into the stadium.

Palmeiras had not won the Copa Libertadores since 1999 and now qualifies for the Club World Cup in Qatar later this month, where it could face European champion Bayern Munich.

On social media, the club dedicated its victory “to all families who have lost a loved one and those who are still in the battle against Covid-19.

“We express solidarity and condolences,” it said.
source: cnn.com

Who found love? Who served steak? Who had a massive boost? Who hosted a dinner party this week and laid on a […] 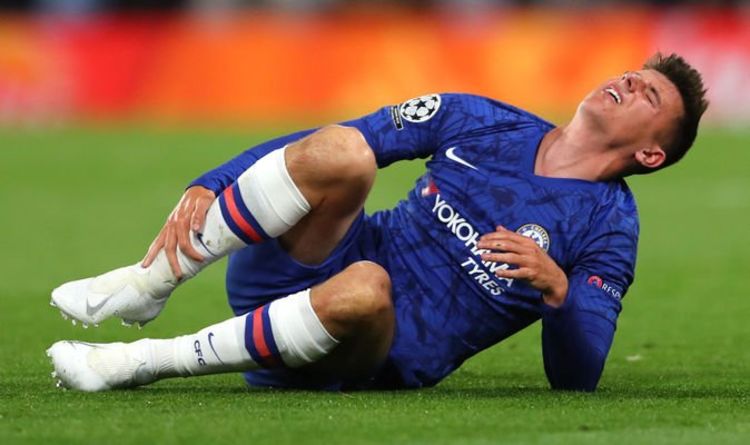 Chelsea star Mason Mount limped off the Stamford Bridge pitch during the Blues’ Champions League clash against Valencia. He clashed with former […]

Zinedine Zidane was the first one out, so early it feels like a lifetime ago. Then Sergio Ramos departed, the full-time whistle […]