The angry father-of-two who launched a furious rant at a Virginia school board over the plight of his children has told Tucker Carlson about the frustration that led to his angry outburst.

Brandon Michon spoke to the Fox News host after lambasting school bosses who have kept his children out of the classroom since December because schools have been closed due to coronavirus.

In Virginia, schools have been conducting online learning since December 2020, and were also closed from March 2020 until the end of the school year.

Virginia recorded 3,137 new coronavirus cases today among its 8.5m population.  The state has the nation’s ninth worst outbreak measured by cases per 100,000 and 6,397 people have died from the virus since the start of the pandemic.

Footage of Michon, whose children are five and eight, raging at members of the Loudoun County school board on Tuesday has since gone viral.

The father-of-two told Carlson he attended school board meetings for months and his ‘blood started boiling’ during the speech because they had been ignoring parents’ concerns.

He said it was essential to get children back in school, because they are ‘the most important asset in our life’. Their education is ‘all we have to look forward to, because they’re going to be taking care of us when we’re old’, he added.

Carlson told Michon that the clip ‘really got a lot of people going’ and asked him:’ ‘Why did you do that, what moved it to do that?’

Michon replied: ‘I had gone for months to the school board meetings and as parents you know our voice wasn’t being out heard.

‘When I got up there you know my blood start a boil a little bit and as I began speaking I said look I want to you to hear me and I want you to look up and pay attention. And I think we’ve got some acknowledgment from that.’ 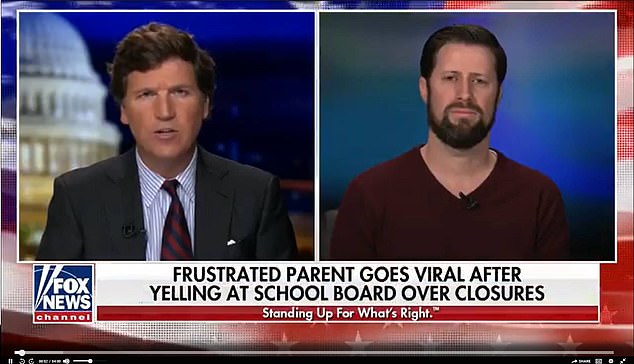 Virginia Father-of-two  Brandon Michon told Carlson he attended school board meetings for months and his ‘blood started boiling’ during the speech because they had been ignoring parents’ concerns. 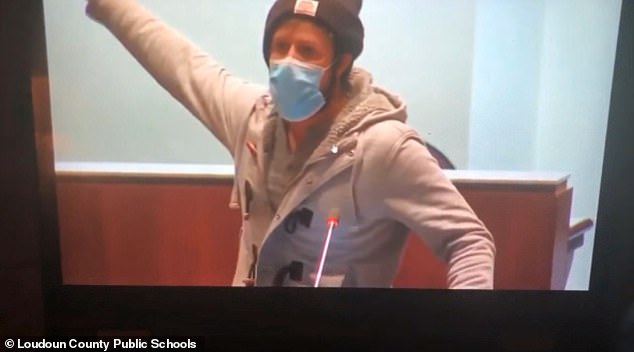 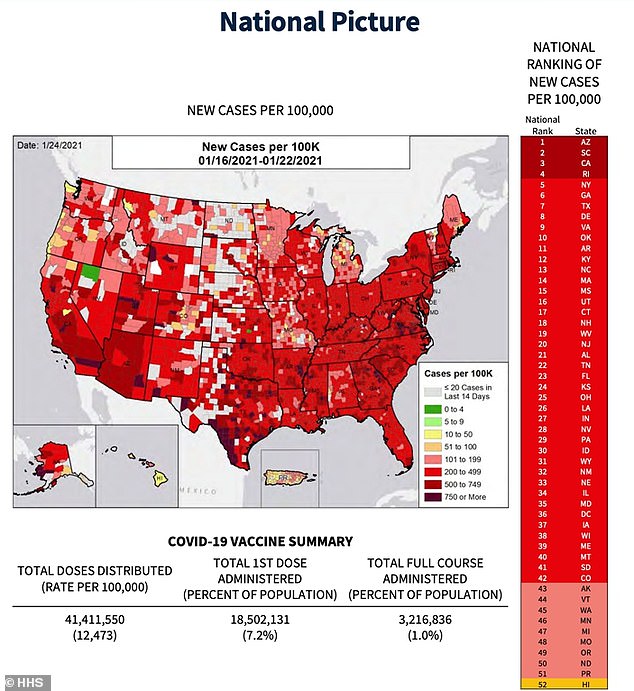 He admitted that teachers were ‘thrown into these circumstances’ and were trying their best to manage the current situation.

‘This is about the children, this isn’t about a political party, he added. ‘The teachers themselves, they’re trying their best they were thrown in these circumstances and I feel for them.

Tucker said: ‘Every parent who has watched it, I think feels the way that you do. Do you think that the administrators of the union leaders understand it now?’

Michon urged parents across America to, ‘Phone in. Write an email’, to have their voices heard.

‘You know look, we have elected officials we bring them in and they’re supposed to have a job to do.

‘If you’re not going to lead this country that was built on strong leaders,  take a step to the side that’s OK – and let other people step in to that void. Make a plan and execute it.’

‘We vote’ we speak out and we can make change. So go to your local school board meeting, look it up see what it is go and see them. Write some thing. Phone and write an email.

‘If you’re not going to lead this country that was built on strong leaders, take a step to the side that’s OK – and let other people step in to that void. Make a plan and execute it.’

‘Them learning and being mentored and being educated is all we have to look forward to because they’re gonna be taking care of us when we’re when we’re old.

Tucker signed off by telling Michon: I hope you are celebrated and I appreciate’.

During the outburst Michon, who is visibly angry throughout the video, called board members ‘cowards’ who should ‘hang your heads in shame’ for failing to keep schools open during the Covid pandemic.

‘You should all be fired from your day jobs,’ he said. ‘Because if your employers knew you were more inefficient than the DMV you would be replaced in a heartbeat.’

‘You’re a bunch of cowards, hiding behind our children as an excuse for keeping school’s closed’, Michon added. ‘You think you’re some sort of martyrs [sic] for the decisions you’re making […]’.

Michon raises his voice as he tells the board his trash collectors risk their lives ‘far more than anyone in this school system’.

‘Figure it out! Or get off the podium,’ he shouts.

‘Because you know what? There are people like me and a lot of other people out there who will gladly take your seat and figure it out. It’s not a high bar. Raise the freakin’ bar!’

After finishing his speech, as he is leaving the room, a woman says someone should wipe down the microphone Michon was speaking into.

Michon speaks but is told that his time is up. He said he will return for future meetings.

‘Open the freakin’ schools’, he shouts, off camera. 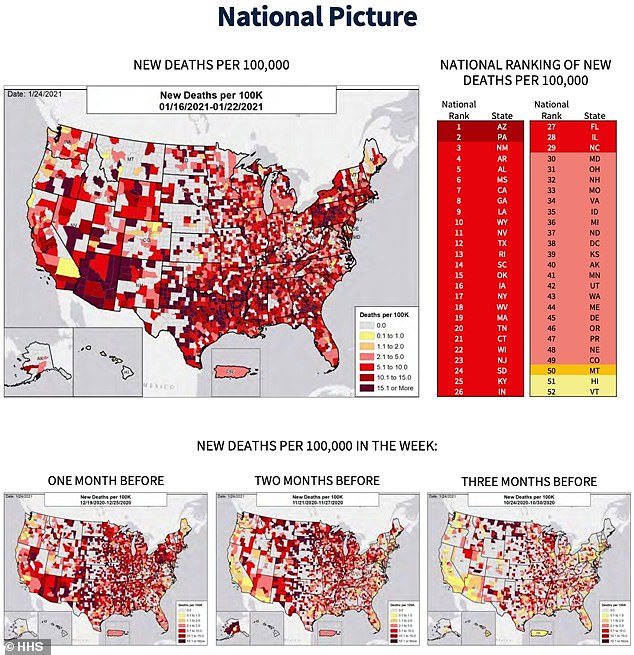 New national reports released by the Biden administration show the severity of Covid outbreaks across the country. Virginia currently has the 34th worst Covid fatality rate in the US 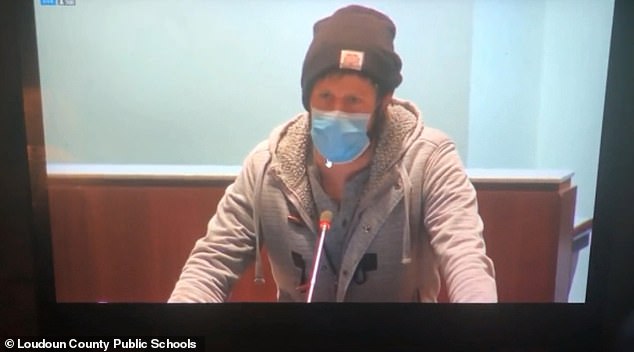 Michon, pictured during his outburst, said he was angry because he’d been attending meetings for weeks but no one was listening to parents’ concerns

‘We may disagree on the methods and timetable … but I would like us to agree that we all have our students’ best interests at heart,’ Ziegler said.

A vote is set for Tuesday on a plan to allow students from pre-K to fifth grade to be back in school by 16 February, as long as they’re signed up to the hybrid model.

The school board hopes to have middle and high schoolers in classrooms for a couple of days each week by 3 March.

In December, Loudoun County announced its schools will return to online learning after the county recorded a 14 per cent Covid-19 positivity rate. Virginia schools were closed from March until the end of the 2020 school year.

Elsewhere, in Florida, officials have previously promised to keep schools open during Spring, moving into the summer.

Earlier this month, New York officials announced learning would switch back to being online in the nation’s largest school system. 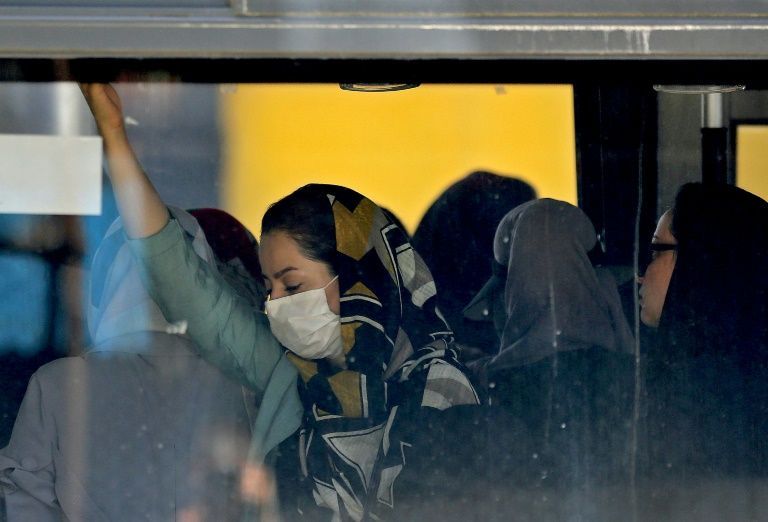 Tehran (AFP) – Iran on Wednesday reported more than 100 deaths from the novel coronavirus for a fourth straight day, saying that […] 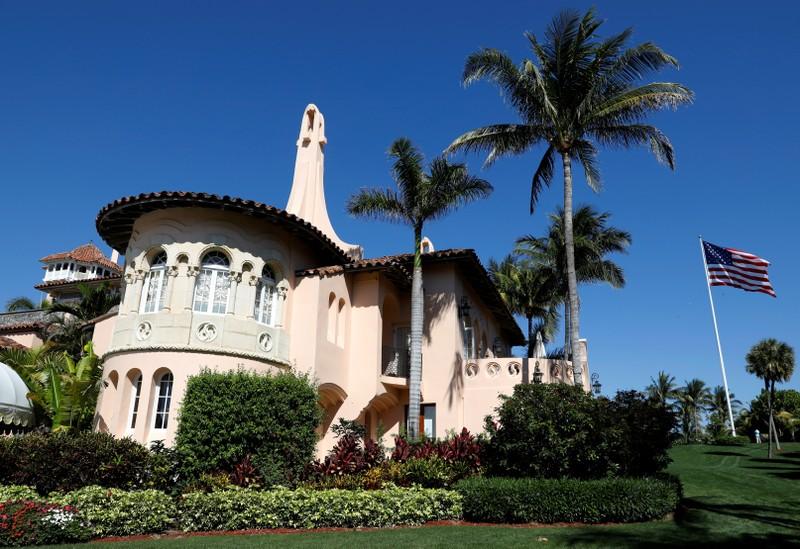 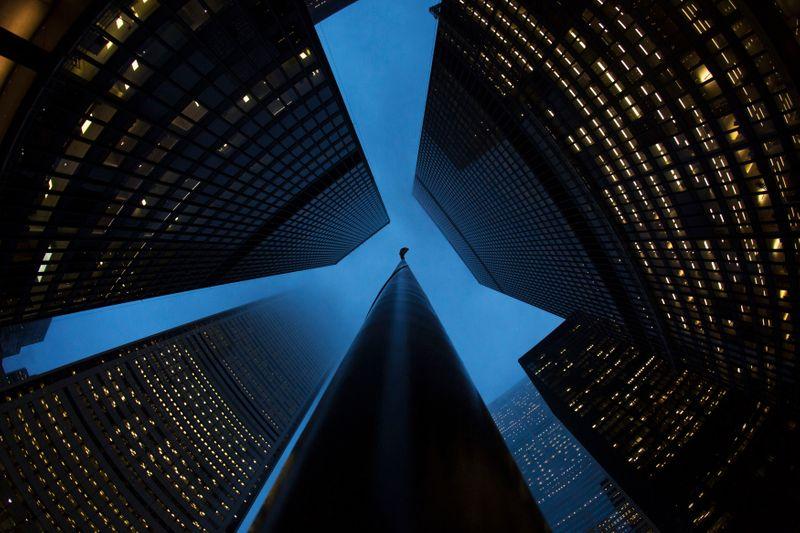 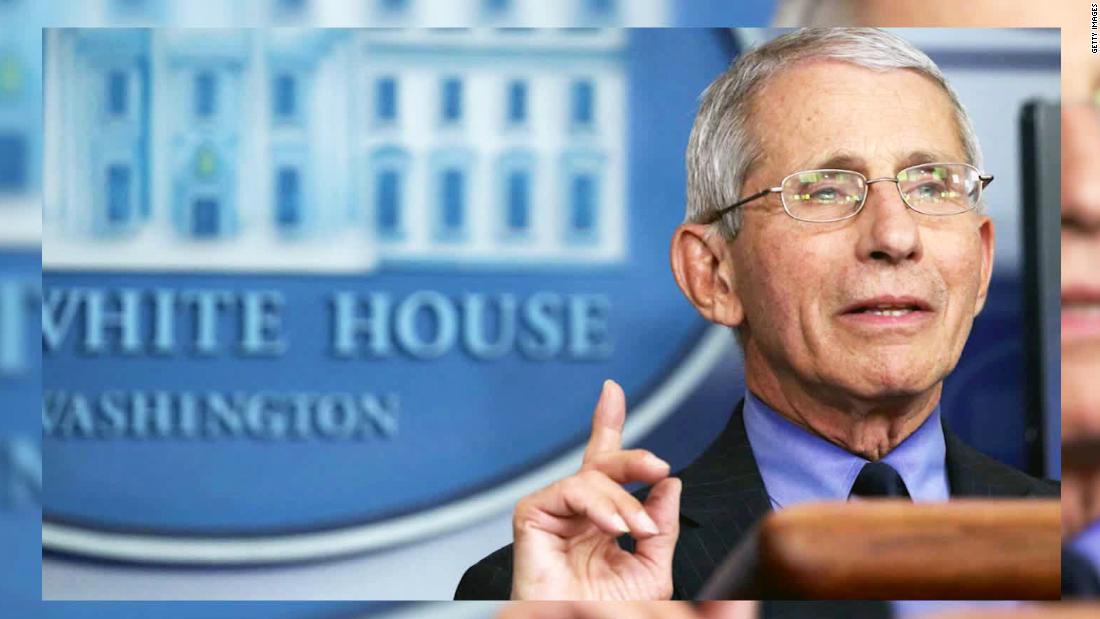 The public battle between President Donald Trump’s economic and medical advisers stretched into another day after Peter Navarro, the senior White House […]