Sir Stephen Augustus Lovegrove, a top Ministry of Defence mandarin, has been picked by Boris Johnson to replace Lord David Frost as the next National Security Adviser.

The move is a clear signal to an end of the “hard rain” on Whitehall that was threatened under Dominic Cummings, the Prime Minister’s former Chief Aide.

Many have welcomed the move.

At 6’6 the MoD’s Permanent Secretary is a giant both in his knowledge of security and defence and his physical stance, although he has said that he never gives too much thought to his height.

Sir Stephen, who has held the position since April, 2016, and served under four secretary of states, was privately educated at Warwick school before going on to study English at Corpus Christi College, Oxford.

Upon entering the world of work Sir Stephen spent five years as a strategic consultant, followed by a decade at Deutsche Bank, where he was the head of the European media team working on a wide range of capital raisings, acquisitions and divestments in all the sub-sectors of the media industry.

He later spent nine years at the Shareholder Executive and was appointed Chief Executive in June 2007. In 2013 he took on a role working as Permanent Secretary of the Department of Energy and Climate Change, until taking on his current role at the MoD.

He is married to the British screenwriter Kate Brooke, who has worked on shows including Mr Selfridge. He once said that “it would be fair to say that my wife does try to mine me for interesting story ideas”, but said he was known for his discretion. They have two daughters and live in London.

Regarding Sir Stephen’s employment, Mr Johnson said in a statement: “I am hugely grateful to Lord Frost for his herculean efforts in securing a deal with the EU, and I am thrilled that he has agreed to be my representative for Brexit and International Policy as we seize the opportunities from our departure from the EU.

“I am also delighted to appoint Sir Stephen Lovegrove as my National Security Adviser. Stephen brings with him a wealth of experience from across Whitehall and in National Security and I look forward to working closely together to deliver this Government’s vision for the UK in the world.”

Lord Frost, who will take up the post on February 1, will be responsible for leading the UK’s institutional and strategic relationship with the EU and help to maximise the opportunities of Brexit, the Government said.

He said: “I am delighted to take up this new role as the Prime Minister’s Representative on Brexit and International Policy.

“With a new agreement with the EU in place, we have huge opportunities to boost our wealth and define what we stand for as a country internationally, and I very much look forward to supporting the Prime Minister on this.”

Sir Stephen, who will take up the NSA role at the end of March, said: “It has been an immense privilege to serve as the Permanent Secretary at the Ministry of Defence for the past five years.

“Working with the whole force – our armed forces, both regular and reserve, civil servants, our suppliers and everyone that makes up the defence community – has been an honour.

“I am delighted now to be taking up the role of the National Security Adviser. On this broader canvas I aim to deliver the Prime Minister’s vision for an enhanced and more engaged role for the UK in the world, leading the national security community to embrace the opportunities now available to us, while ensuring we are well prepared to deal with the challenges we face.”

No 10 confirmed that Lord Frost will report to the Prime Minister in his new role, with the peer continuing in his “leave of absence” from the House of Lords Jan 29 (Reuters) – The COVID-19 vaccine rollout in the United States, the country hardest hit by the global pandemic, has gotten […] The former left-wing head of state has repeatedly criticised his former protégé, who he has accused of narcissism and of deepening social […] 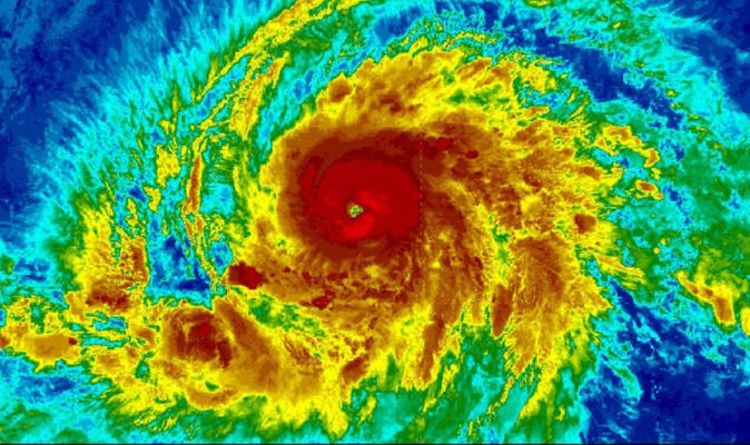 Hurricane Barbara reached Category 4 status on Tuesday and is forecast to become a Category 5. As of Tuesday night, the storm […]