A 71-year-old West Virginia man was arrested after police found him parked near the U.S. Capitol in Washington, D.C., with a gun and 20 rounds of ammunition in his vehicle.

The man, Dennis Westover, was taken into custody on Wednesday and charged with carrying a gun without a license, possession of unregistered ammunition and unlawful possession of a firearm, according to an incident report obtained by NBC News.

A Capitol police officer stopped Westover around 1:35 p.m. after he parked his car in the middle of an intersection, got out and began walking northbound in the road.

The incident report states that Westover was shouting at the guards in the area. When the officer approached Westover, he said he wanted “to see the fence that was around my Capitol” and told the officer that he drove from Charleston, West Virginia, that morning.

Authorities asked Westover if he was carrying a gun and he initially said no, but then told the officer that there was a pistol in the center console of his car. The gun had one magazine of 10 9mm rounds of ammunition. A second magazine with 10 rounds was also located in the car.

Westover told police that the gun was licensed in West Virginia and that he thought the permit was transferrable to D.C. He said he got the weapon to protect his family.

Agents also found Stop the Steal paperwork in Westover’s car along with a list of “both U.S. and West Virginia state senators and representatives, with contact info,” according to court documents.

Westover told police that he had concerns about the integrity of the election.

“He said we have some polar extremes of opinion in this nation and that while he believes there was election fraud at this point it is a moot point,” the document stated. “He said that the process that I am engaged is righteousness, justice, and truth.”

Westover and his attorney could not be reached for comment on Thursday.

Just hours after a gunman in New Zealand killed dozens of Muslims attending prayers at a mosque, close to a thousand people […] 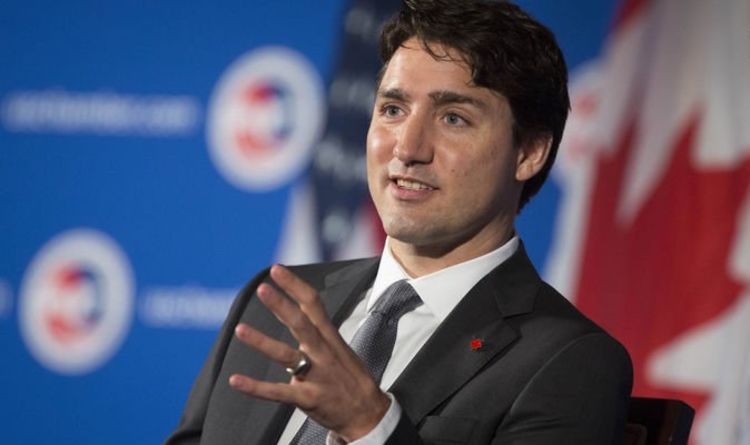 The scathing ads will run for three weeks across the country – while a 30-second French language spot will run in Quebec. […] The United Kingdom is meeting for the fourth round of Brexit negotiations between London and Brussels Tuesday, as a comprehensive trade deal to replace the […] Image copyright AFP Image caption About 1,300 exhibitors will be at the show The eyes of the world’s aerospace and defence industries […]