An avalanche caused the horrific deaths of nine students during a Siberian ski trip in 1959 – not aliens and yetis as some once believed, a new study claims.

The discovery of the experienced hikers’ half-naked and mutilated bodies over 60 years ago in the Ural Mountains fuelled bizarre conspiracy theories, from the paranormal to secret weapons testing.

Scientists from the Swiss Federal Institute of Technology (EPFL) created computer models to prove their theory that an unusual type of delayed avalanche was behind the deaths at the heart of the ‘mystery of Dyatlov Pass’.

The team say the avalanche may have been caused by a cut in the snow made by the group as they set up camp.

They had flattened a small section of the surface to form a ‘shoulder’ or ridge in the slope – believing it would shield them from the worst of the fierce winds.

A combination of other factors – including the unusual terrain and strong, icy winds – later triggered the ‘slab avalanche’ that apparently chased the team out of their tent and left them to freeze to death in -13F (-25C) temperatures. 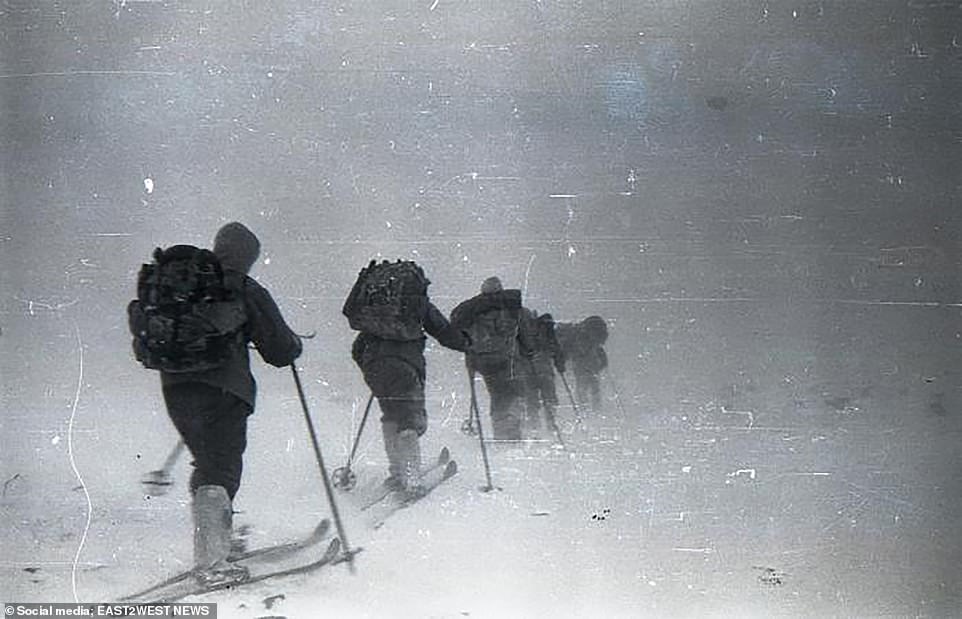 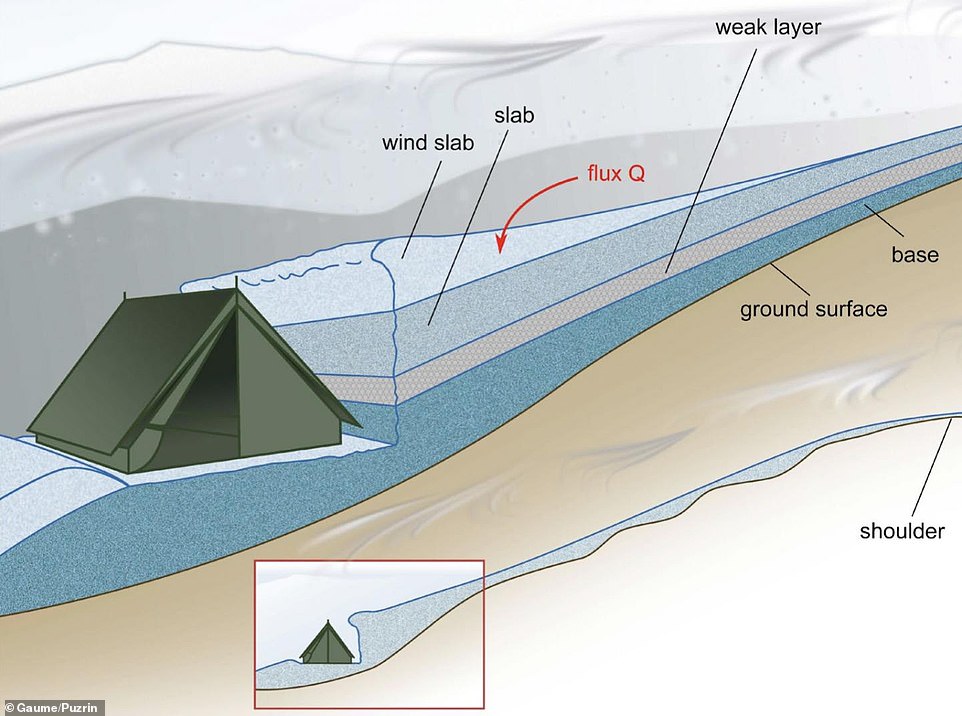 Configuration of the Dyatlov group’s tent installed on a flat surface after making a cut in the slope below a small shoulder. This cut was the trigger for the slab avalanche that killed them

A slab avalanche is one of the most deadly types of snowfall – responsible for nearly all avalanche deaths in North America ,according to avalanche.org.

It involves ‘slabs’ or cohesive plates of snow that slide as a unit on the more compacted snow underneath.

Bonds holding a slab in place fracture at about 220 miles per hour and it looks to shatter like a plane of glass.

It can reach speeds of up to 20mph within the first three seconds and accelerate to 80mph after 6 seconds.

Weak layers of snow beneath the slabs on a mountain or snow covered hill are sensitive to the rate they are stressed.

This means that it could take very little to cause a fracture on a slope and trigger an avalanche.

It moves so fast someone nearby is left with little room to escape, and being hit by a slab at speed can cause severe, horrific injuries and death.

A slab avalanche occurs when a weak layer lies lower down in a snowpack. When it breaks off, the compressed snow on top is also pulled along the slope.

Professor Alexander Puzrin, of the Swiss Federal Institute of Technology (EPFL), Zurich, and corresponding author of the study, said the cut, combined with unusual terrain and a rare weather event called katabatic winds was enough to trigger the avalanche.

Katabatic winds carry air down a slope under the force of gravity, transporting snow in the process.

Professor Puzrin said: ‘The katabatic wind probably drifted the snow and allowed an extra load to build up slowly. At a certain point, a crack could have formed and propagated, causing the snow slab to release.’

Co-author Dr Johan Gaume, head of EPFL’s Snow and Avalanche Simulation Laboratory, said: ‘We use data on snow friction and local topography to prove a small slab avalanche could occur on a gentle slope, leaving few traces behind.’

A manhunt was launched after the cross-country skiers failed to finish their 220mile-trek to Mount Otorten – translated in the local Mansi language as ‘Don’t go there’.

What confronted rescuers was horrific. The tongue and eyes of Lyudmila Dubinina, 21, and Semen Zolotarev, 38, were missing. Some victims – all young and fit – had fractured skulls and smashed ribs.

The scene led to speculation they had been attacked by extra-terrestrial beings – or yetis.

But Dr Guame said: ‘With the help of computer simulations, we show the impact of a snow slab can lead to injuries similar to those observed.’

The scientists said this was especially true as the hikers would have been trapped between the snow and the hard floor of the tent, which they had reinforced with skis.

Some of the nine had perished wearing only socks, or underwear having apparently run through the snow a mile or so down the mountain to where their bodies were found in the night time cold. 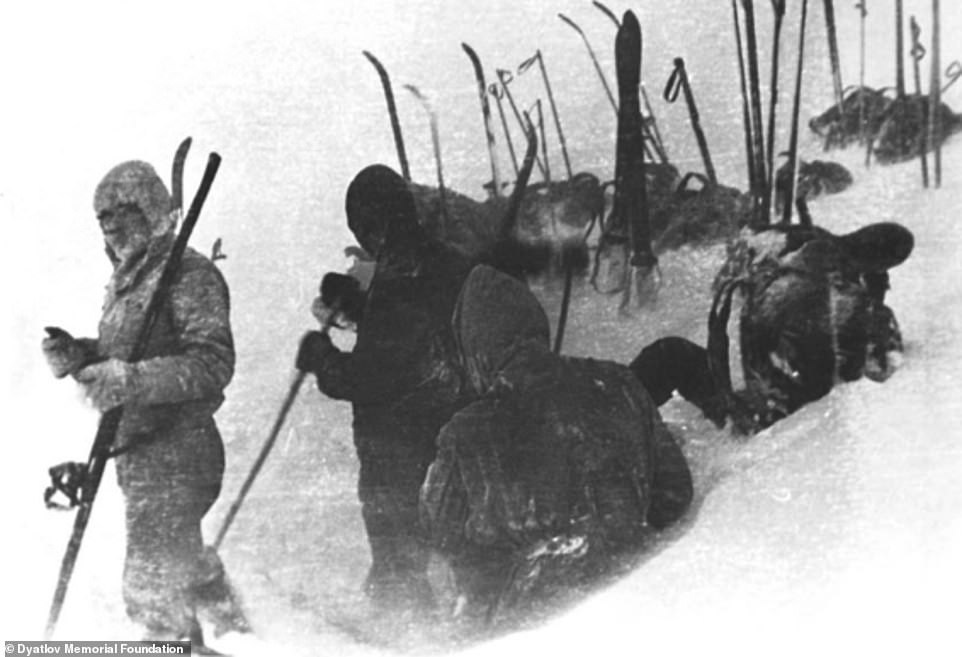 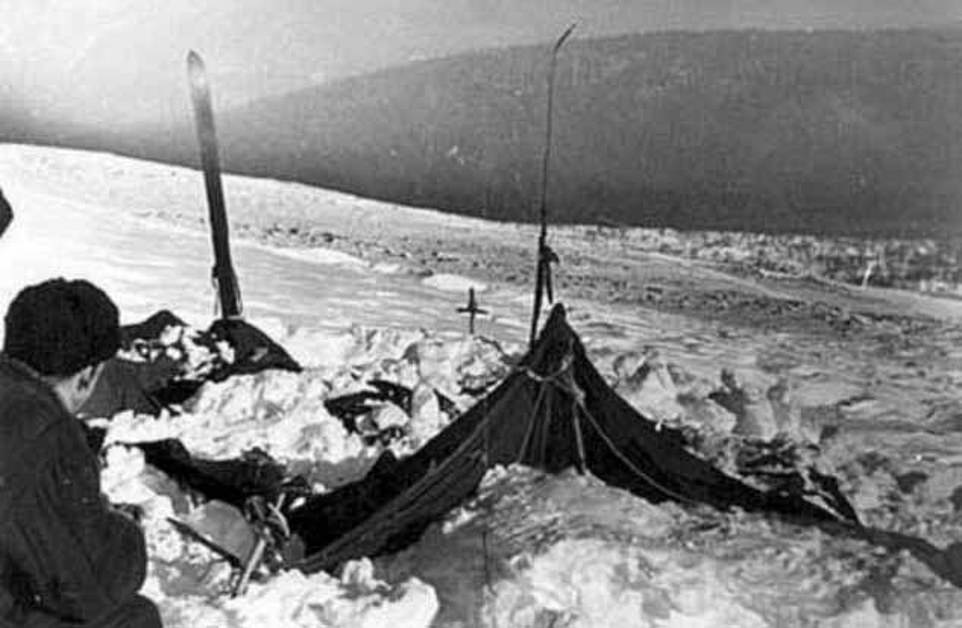 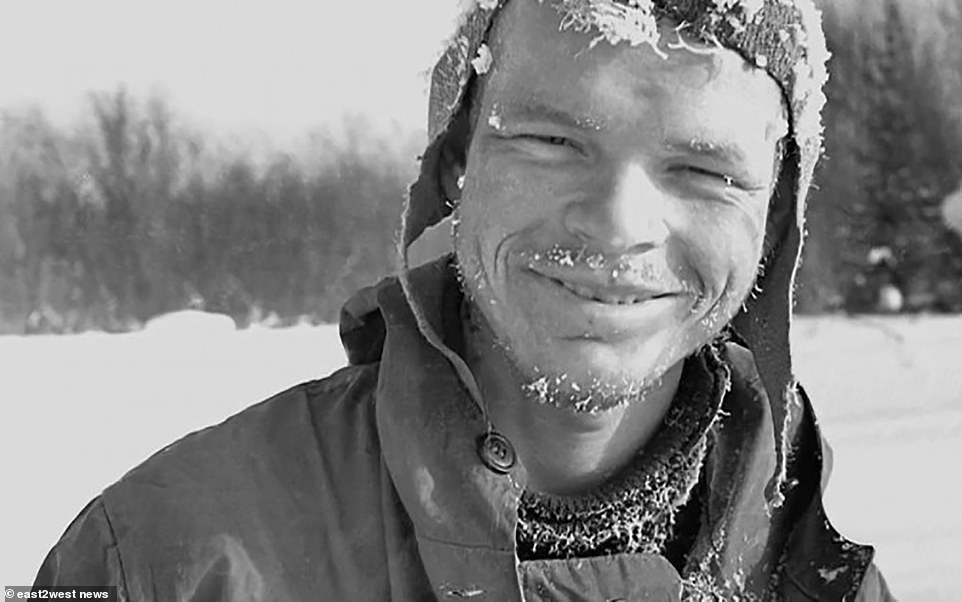 Led by 23-year-old Igor Dyatlov (pictured), the skiers failed to finish their mission, sparking a huge manhunt – all nine were found dead, many with unusual injuries 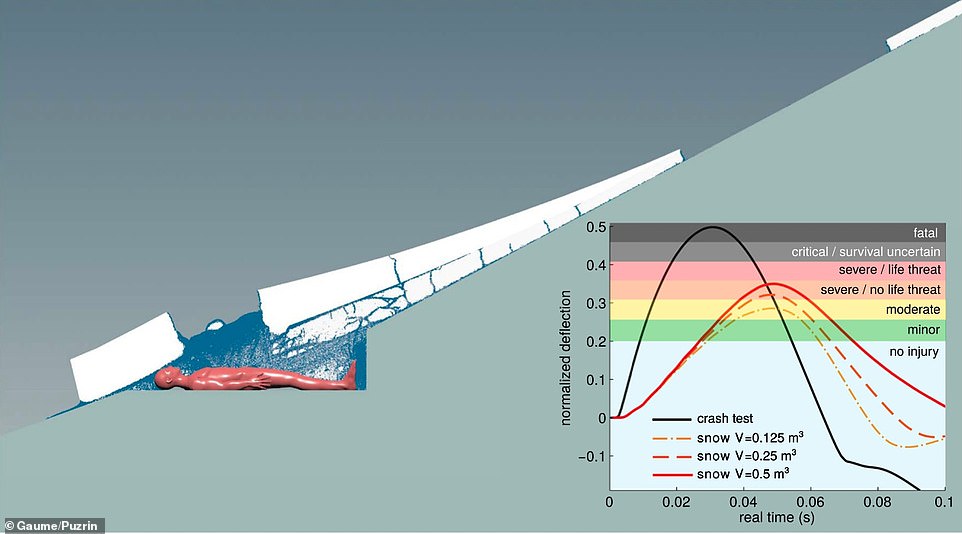 Simulation of the dynamics of a snow-slab avalanche and its impact on a human body. Injury levels in the simulation match those of the hikers

THE MYSTERY OF DYATLOV PASS

The seasoned cross-country and downhill skiers – most of them from the Ural Polytechnic Institute – set off on the planned 14 day expedition on 27 January 1959.

The route was classified Category III – the riskiest – with temperatures falling as low as -22F (-30C) on the ill-fated night of February 1 into February 2, 1959.

The badly damaged tent was located a month later on the slopes of Kholat Syakhl – ‘Death Mountain’ – 12 and a half miles south of their intended destination.

Four of the bodies were not recovered for another two months after falling into a ravine – beneath a thick layer of snow.

The avalanche happened between nine-and-a-half and 13-and-a-half hours after they made the cut in the slope.

Dr Gaume said: ‘There is the time lag between the team cutting into the slope and the triggering of the event. That’s the main focus of our article.

‘Previous investigators have been unable to explain how, in the absence of any snowfall that evening, an avalanche could have been triggered in the middle of the night. We had to come up with a new theory to explain it.’

Other unfounded rumours have included that the nine had KGB connections and were killed by a Soviet missile on a secret mission to meet US agents.

Part of the reason for conspiracy theories surrounding the true nature of the ‘mystery’ was the fact the Soviet authorities hushed up their deaths.

Prof Puzrin and Dr Gaume make it clear that nothing can ever be proven. But their work may help prevent future disasters.

‘The truth, of course, is no one really knows what happened. But we do provide strong quantitative evidence that the avalanche theory is plausible,’ Puzrin said.

‘It will stand as a tribute to the ill-fated team who were confronted with a compelling force of nature.’ 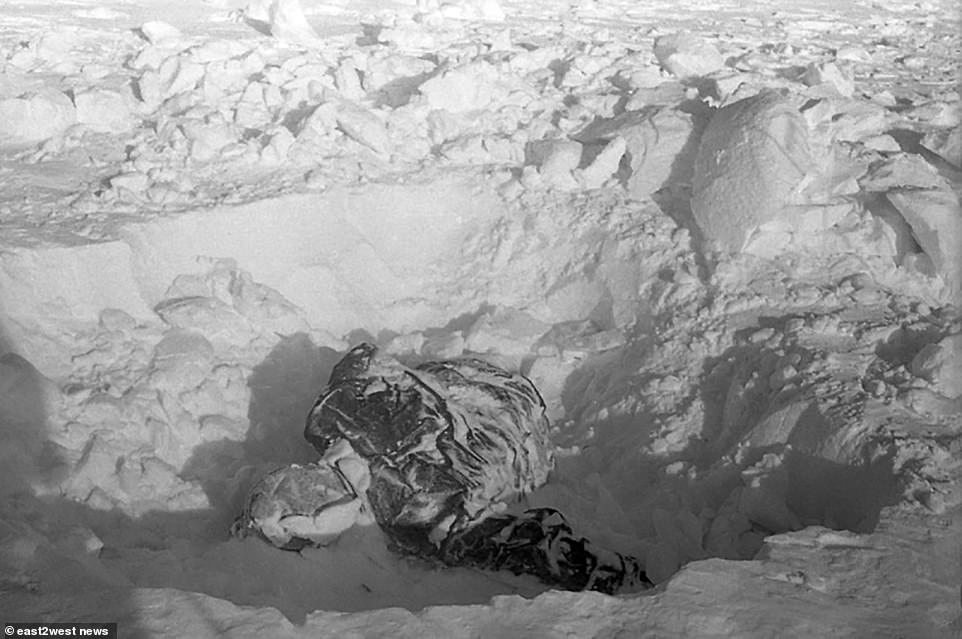 They had fled in terror – and run through the snow a mile or so down the mountain to where their bodies were found in the night time cold, not having time to dress 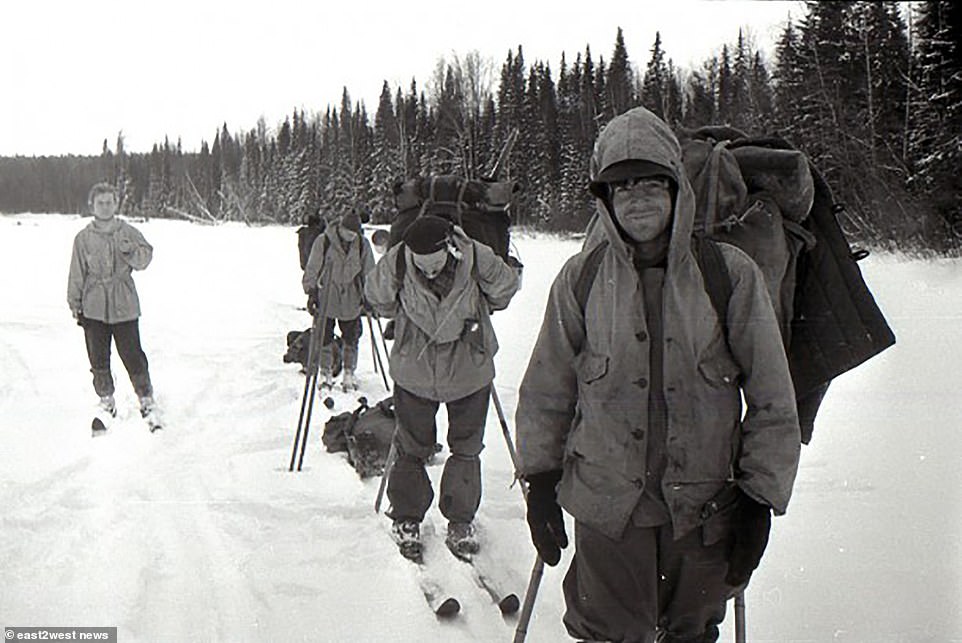 A combination of other factors – including the unusual terrain and strong, icy winds – then triggered the ‘slab avalanche’ that chased the team out of their tent where they froze to death in -13F (-25C) temperatures

The seasoned cross-country and downhill skiers – most of them from the Ural Polytechnic Institute – set off on the planned 14 day expedition on 27 January 1959.

The route was classified Category III – the riskiest – with temperatures falling as low as -22F (-30C) on the ill-fated night of February 1 into February 2, 1959.

The badly damaged tent was located a month later on the slopes of Kholat Syakhl – ‘Death Mountain’ – 12 and a half miles south of their intended destination.

Four of the bodies were not recovered for another two months after falling into a ravine – beneath a thick layer of snow.

The mysterious case has been the subject of books, documentaries, movies and computer games – including the Discovery Channel TV program called ‘Russian Yeti: The Killer Lives’.

The researchers hope the findings, published in British journal Communications Earth & Environment, could help avert avalanche disasters in the future.

What were the rumours around the mystery of Dyatlov Pass? 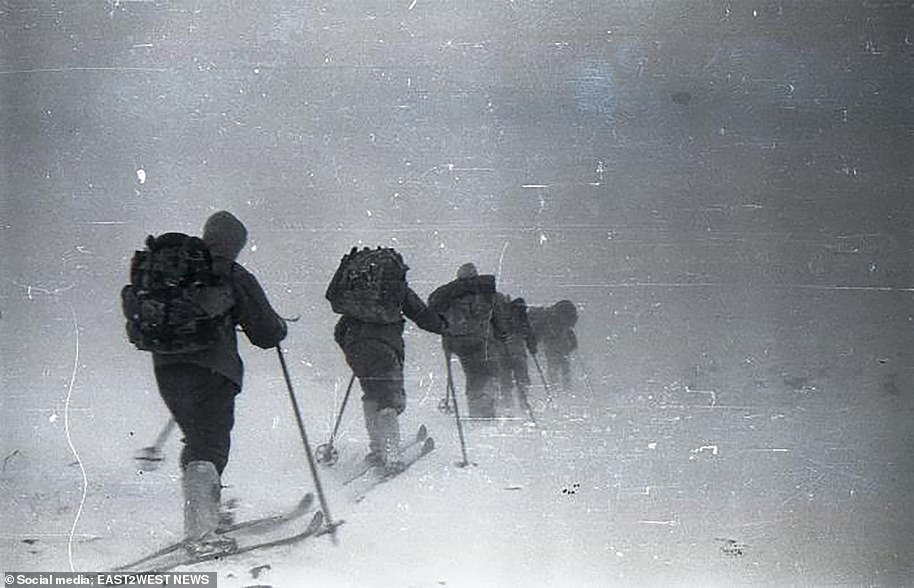 The mysterious case has been the subject of books, documentaries, movies, and computer games

A host of theories have been put forward since 1959 as to how the group met their deaths.

Others include suspicions of paranormal activity and claims the group – two with KGB connections – were on a clandestine mission to meet US agents.

Boris Yeltsin – Russia’s first post-Communist president and a former student at the institute – was one of many who believed an elaborate cover-up was staged to hide what happened.

But his efforts once in power in the Urals, and later in the Kremlin, failed to unmask the truth.

One theory in 2014 suggested that the 1959 group may have gone mad due to ‘infrasound’.

The sinister phenomenon – which could have been caused by rare wind event – can cause feelings of unease, anxiety and even terror.

In certain conditions, a flow of wind could be directed in such a way that it creates a vortex.

These are formed in sequences by the moving air, and travel away in a fan shape.

With sufficiently high winds and the correct angles, these vortices of wind could form powerful tornadoes, with the potential to emit large amounts of infra-sound, as well as cause damage by themselves.

The Yeti theory stemmed from a fake newspaper headline left by one of the group in a place they had stashed their excess equipment before going high into the mountains.

An unnamed ‘renowned doctor’ claimed in the report that the broken ribs of Semen and Lyudmila were ‘the result of the squeezing of their chests by some big creature’.

The article read: ‘According to the latest information, abominable snowmen live in the northern Urals.’

‘Whether the new report will put an end to the conspiracy theories – or increase them – is hard to fathom.’

The only large animal that could have been in the area is a brown bear, but as the incident took place in February, they would likely have been in hibernation.

It had also been reported that radiation has been found on their clothes and the bodies were a strange tan colour.

People claimed orange orbs were seen around the mountain at the time and the bodies were prematurely aged. 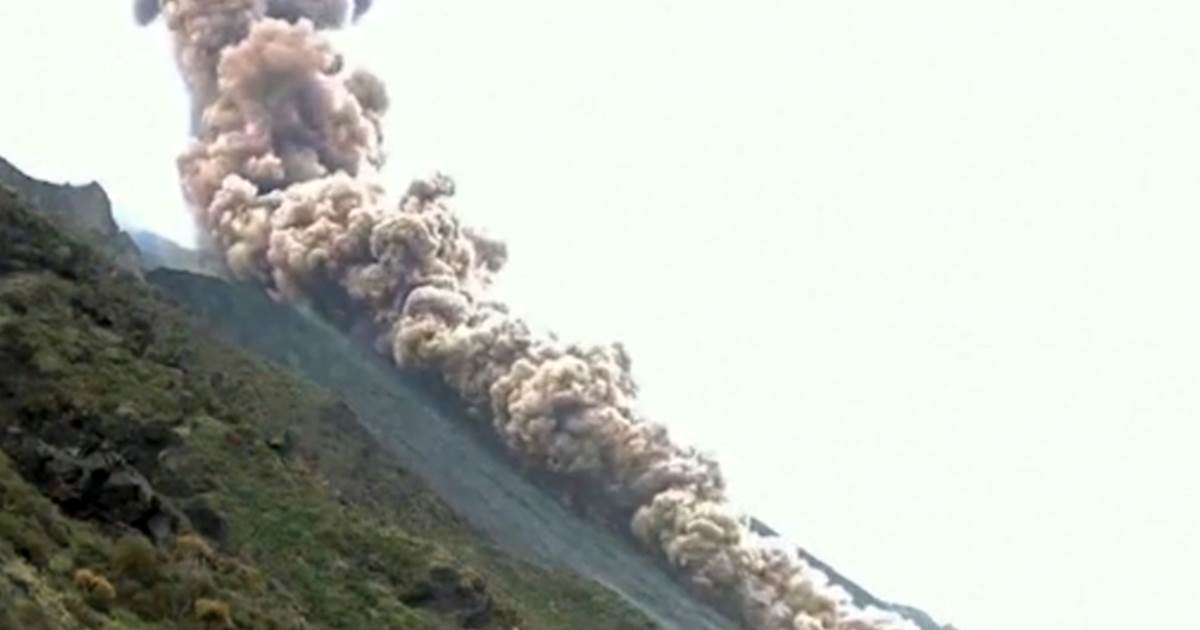 The Five Star Movement performed best out of all the parties in the Italian election, with its anti-establishment, anti-immigrant message seeing it […] 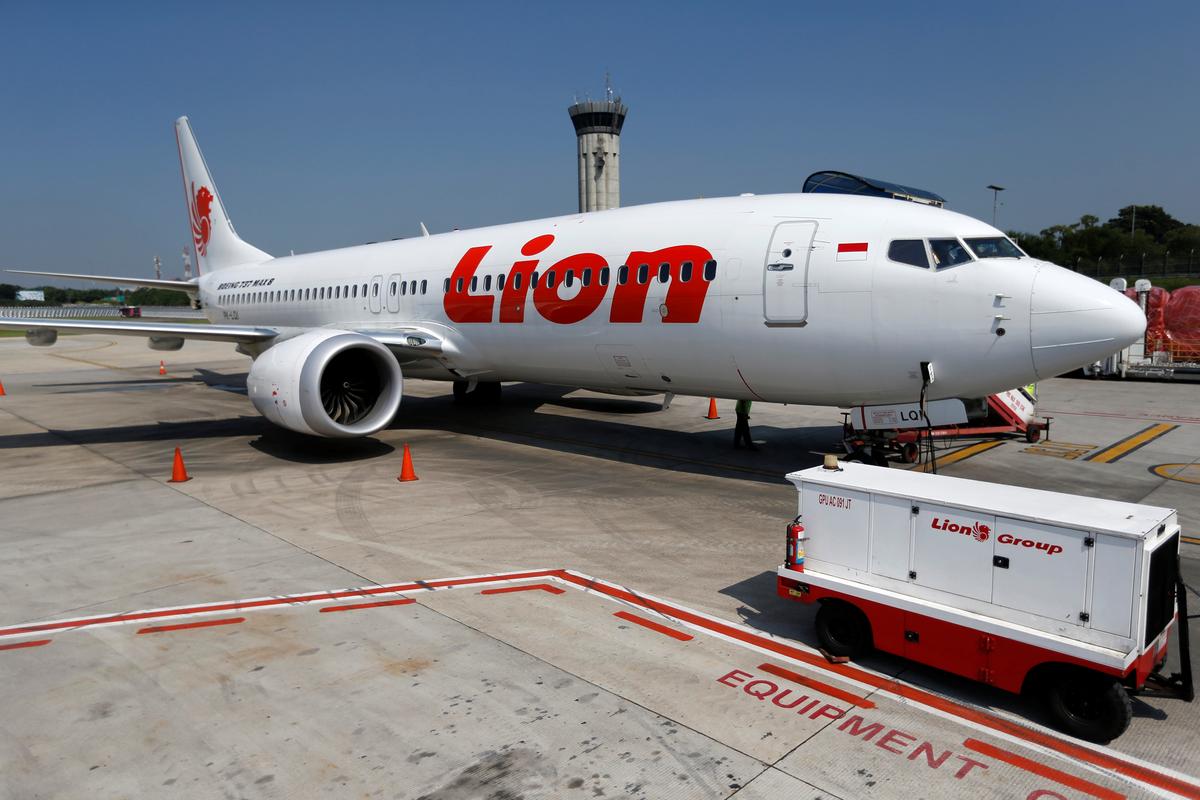