15th over: Sri Lanka 37-4 (Chandimal 0, Dickwella 0) That really is a huge wicket for England, and while Dickwella surveys the scene, Bairstow reminds him of his unflattering stats – “Forty games, no hundreds”. I’m sure, as a fan of on-pitch mouth – as we all are – he’ll appreciate that, and in response he wonders why Bairstow spent most of the last year dropped. Lovely stuff.

Have a look! Bess executes to perfection, his line and length cramping Mathews who, after three dots, decides he needs to move things along. He gets down on one knee to haul a sweep from outside off, the ball spins, he misses, and the only thing he’s moving along is himself! Interesting! Very interesting!

14th over: Sri Lanka 37-3 (Mathews 5, Chandimal 0) Sri Lanka lead by 74 when the captain takes guard – that’s still a pretty healthy state of affairs for them – and he defends his first ball, the final one of the over.

This is belting grab from Crawley, who stays low when Thirimanne clips one to short leg – off the meat – and holds on on his way down! That is superb work because it came so quickly, and Sri Lanka are in trouble! England aren’t working them over, but every now and again they do something good and most of the time, it’s yielding a reward!

13th over: Sri Lanka 35-2 (Thirimanne 12, Mathews 4) Bess continues with the lead at 70, and Mathews knocks a shortish one into the on side. Bess’ best balls are looking decent this morning, he just needs to keep sending them down, but a wider one allows Thrimanne to get off strike with a shove to cover.

12th over: Sri Lanka 33-2 (Thirimanne 11, Mathews 3) Leach will want to respond to that Bess wicket – there was nothing shamanic about it, he just bowled the right line and the right length at the right pace; easy, right? He’s not quite there yet, three singles coming from the over and taking us into drinks.

“CricViz could do a Result Investment Stat,” says Ian Forth. “How much the average supporter is invested in a win, taking into account historic rivalry, state of series, relative team strengths, etc. Sri Lanka away, having already won one of two, is on the lower end of the scale, I should imagine. The highest ever would have been The Oval 2005.”

How does one calculate such a thing? I think we also need to reckon with the bizarre, terrifying and incredible mentalities of the players, who are equally rabid to win every time – when Sri Lanka won that 2014 series, no less a monster than James Anderson cried on the pitch. I’ve not seen him do that against Australia.

11th over: Sri Lanka 30-2 (Thirimanne 10, Mathews 1) This wicket and the next are the bigguns. Mathews scored a ton in the first innings, as he did when Sri Lanka won at Headingley – to secure the series – in 2014. He has quality and he has timing, turning to mid on to get off the mark.

Hello! This is a terrific delivery from Bess, not just full but fullest, right on the money and yanking Fernando forward before the bounce and turn get just a little big on him. The ball takes the inside edge, maybe a bit of pad too, and loops up to short leg. Well bowled.

10th over: Sri Lanka 28-1 (Thirimanne 9, Fernando 3) Thirimanne squirts one away on the on side and they run one, then Fernando can’t help but unload the suitcase at a fuller one, hoping a stray pair of pants connect and somehow send the ball hurtling to the fence. They do not, but missing with everything constitutes a result.

9th over: Sri Lanka 26-1 (Thirimanne 8, Fernando 3) This is a decent over from Bess, offering Thirimanne no width to cut or glance a release-shot. But its final delivery drifts onto the pads and is duly knocked away for one.

8th over: Sri Lanka 25-1 (Thirimanne 7, Fernando 3) A single apiece from the over, Leach a little short to Fernando which enables him to play off the back foot.

7th over: Sri Lanka 23-1 (Thirimanne 6, Fernando 2) I wonder if England will go back to pace now that there’s a right-hander at one end; perhaps they’ll wait to see who’s facing. But in the meantime, Bess beats Thirimanne’s edge before he adds one to point and Fernando gets off his pair with one to square leg. Two further singles follow.

“CricViz has England as slight favourites,” emails Michael Meagher. “Any thoughts on why?”

Mathematics way beyond my comprehension will be the answer, but I guess the algorithm has arrived at that conclusion because it thinks England will dismiss Sri Lanka relatively cheaply before one of their batsmen finds a decent enough knock. It’s plausible, but I’d still have Sri Lanka in front.

6th over: Sri Lanka 19-1 (Thirimanne 4, Fernando 0) “He’s on a pair, let’s bring two up,” Root says in a loud voice to remind everyone of what everyone already knows; lovely stuff. There’s something in this for Leach, who twice finds bounce and turn past the edge of Fernando’s bat; great start for him and for England, because a couple of hours of Perera could’ve taken Sri Lanka well clear.

The new-ball bounce had an effect but it was still clipping the top of middle so umpire’s call in that aspect.

The angle works for Leach! He sends one down on middle and leg which straightens a little, but Perera can’t help but get down on one knee to mow a slog-sweep. He misses, wears it on the pad, and the finger goes up. It looked good to me, but I’m sure he’ll review.

6th over: Sri Lanka 19-0 (Perera 14, Thirimanne 4) Leach, coming around, replaces Curran and Perera turns his loosener away for two.

5th over: Sri Lanka 17-0 (Perera 12, Thirimanne 4) Rooty has seen enough already, bringing Bessy into the attack; this is a huge day for him and he should be feeling confident having justified his selection yesterday. He starts well too, finding immediate turn but missing the outside edge; Buttler can’t gather cleanly and the batsmen run a bye. A single to Perera follows, cut away towards point.

3rd over: Sri Lanka 7-0 (Perera 3, Thirimanne 4) Anderson comes around to Perera, looking to deny him width. He nurdles a single to backward square, then Thirimanne clips two towards the same area, and Sri Lanka will be happy with this start. They’ll know that if they don’t give it away, the match is there for them, and they lead by 44.

2nd over: Sri Lanka 4-0 (Perera 1, Thirimanne 2) Curran arranges his angry face and bustles in; he’ll have noticed that Anderson found some movement through the air and will fancy using that himself. He slings down five dots, then Perera bunts to mid off and scurries one.

“Joe Root has made a strong case in front of the Cricketing Gods to reintroduce the legality of his membership card into the Fab Four,” says Abhijato Sensarma, “which I can only presume is an actual club where the world’s best willow-wielders go out to hang after stumps every day.

He never was a member of the Cool Captains’ Club, though. But if he can muster up something special collaborating with his below-par spin department and a grumpy Anderson, he might just have another membership on his hands by the time we’re done.”

His captaincy is improving, at roughly the same rate his players are improving. He’s not a natural, but ultimately the most crucial element to captaincy – even in cricket where there are proper decisions to make – is leading from the front. I think he’s doing alright in that department.

1st over: Sri Lanka 3-0 (Perera 1, Thirimanne 2) Anderson’s right there from the off, moving it away from Perera, who had a hilarious hoik at him in the first innings. And his second ball is even better, closer to off-stump; Perera shoulders arms and watches it zoom past his bails by very little indeed. There’s a little bit of swing out there, one tailing in as Perera comes down and drives for one – off the bowler’s shin – which brings Thirimanne onto strike. Anderson has him on toast, but he takes the final delivery for two when Bess fails to stop his cut.

Sri Lanka know they need to find a way against England’s greatest-ever bowler. They played his reputation in the first innings – though generally that’s not so different from playing each ball on its merits.

The players are back out. These are the moments they train for…

How do Sri Lanka approach this? They’ll want to leave as much time as possible to bowl England out tomorrow so need to keep things moving, but won’t want to give it away. They’ll want to score at least 200, but even if they can only muster 120, they’ll back themselves to defend it.

Embuldeniya finishes with 7-137 off 42, an absolutely brilliant performance. Thing is, there’s a strong chance he needs to find something similar in England’s second innings, because his mates did not look at all threatening.

Three reds, hitting middle three-quarters of the way up.

Leach goes down on one knee, missing with his sweep and wearing the ball on the pad. It looks out and it’s given out, but England may as well review so do.

116th over: England 344-9 (Leach 1, Anderson 4) The track looks lively this morning and Leach is circumspect in defending Embuldeniya’s first four balls before turning a single away square on the on side. This brings Anderson onto strike, and naturally he unfurls his reverse sweep, ploughing all the way through a wider one and earning four. Good shot.

115th over: England 339-9 (Leach 0, Anderson 0) Anderson sees off three dots to complete the over from last night.

Jack Leach and Dom Bess will be feeling under pressure this morning and rightly so. They’ve not bowled that well on this tour but today and tomorrow they’ve the chance to redeem themselves. England go to India after this, where bad spin is given the absolute treatment. If they can’t do it here, there’s no chance they do it there.

Apparently, in the sub-continent, the game can move slowly, before accelerating quickly through the final two days. Good to know.

Morning everyone. When writing about sport – when writing about most things – it’s best to omit pronouns, the point of interest being the event not the person conveying it. But sometimes that experience is telling, and now is one such.

When setting up the day’s play – even after a decade of doing so – it’s usually possible to identify a thematic factor or two that distinguishes what’s going to happen from what’s happened. But since the summer, every time I sit down with my thoughts, all I want to talk about is how dazzled I am by the brilliance of what we’re about to see. I’ve turned into a fanboy of fanboying.

And in this moment I feel no different because what we’ll see over the next eight hours will likely define the series. Provided England’s final pair don’t add something silly, Sri Lanka will be into this in a big way – even if they’re bowled out again for relatively little, they’ll still fancy themselves to dismiss England for less on an increasingly erratic pitch. But, similarly, the visitors will also fancy their chances of arranging and then chasing a low target – especially given the form of their captain.

Real talk, though, Sri Lanka are strong favourites – but there’s a lot that can happen over the next bit and what an absolute buzz it’s going to be checking it out. 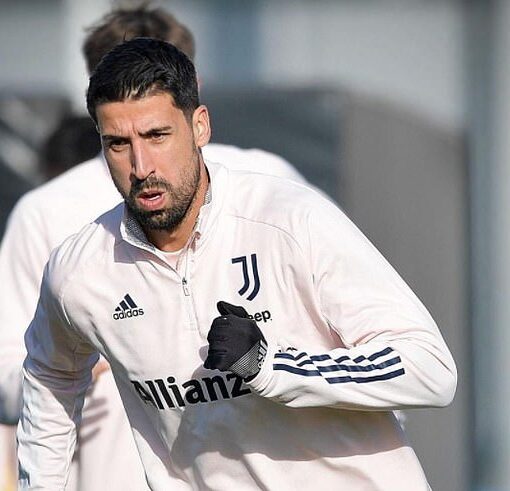 SYDNEY (Reuters) – The PGA of Australia tour will be extended from this season with tournaments staged well into the new year, […]

It turns out Dean Smith was right to call for some perspective. “What are we coming to if we’re judging players after […]