Over the past few weeks, millions of Americans received their second stimulus checks of up to $600 per person. However, around 13 million young people aged 17 to 24 who are listed as dependents on their family’s taxes were not eligible to receive stimulus money, due to a tax code definition of “child dependent.” The same was true of the first stimulus payment last year. And if you do count as a child dependent, you still don’t get your “own” money — but a sum of $600 per qualified dependent has been (or will be) added on to your family’s share.

This can get complicated and may leave you wondering: When is it possible for me to qualify for a stimulus check of my own? Below, we’ll explain what happens depending on your situation, including if you’re in the military, if you’re a student, if you live on your own and are employed, if you receive SSI or SSDI, if you’re married or a parent or if you’re in a child support situation.

Some young adults could retroactively get the original stimulus payment of up to $1,200, as well as the second stimulus payment of up to $600 — keep reading for more information. Our second stimulus check calculator can estimate your potential payment if you’re curious. And here’s how to find out what priority group you are in, and how to track delivery of your new stimulus check. Plus, dependents of all ages could be eligible for a third stimulus check, if and when it’s approved. Here’s how to estimate your household’s third payment total.

Are you counted as a dependent or an adult by the IRS?

To qualify for your own stimulus check, you need to have filed your 2019 taxes independently, which means no one else claimed you on their taxes as a dependent. You also had to have an adjusted gross income (AGI) of under $75,000 to receive the full amount. (The sum decreases as your AGI goes up, and this time around, if you make over $87,000 as a single taxpayer, you aren’t eligible for a check.)

There are two different sets of rules for who counts as an adult or a dependent under current tax law, according to Janet Holtzblatt, a senior fellow at the Urban-Brookings Tax Policy Center.

One is the support test. If you’re unmarried, you don’t claim children as your own dependents, your parents provide you with financial support equal to or greater than half of your annual income and you made less than $4,200 in 2019, then your parents can still claim you as their dependent. Another is the residency test: If you’re a full-time student under the age of 24 who resides with an adult taxpayer more than half of the year (unless you’re living on a college campus), you can be claimed as a dependent, no matter how much money you make.

Why did young adults get excluded from the first and second stimulus bills?

People aged 17 through 24 were excluded from the CARES Act and the $900 billion bill because of a tax code definition of “child” that states a “qualifying child … has not attained age 17.” That means even 17- or 18-year-old high school students who clearly lived with a parent or guardian were excluded as dependents and weren’t counted for a $500 or $600 addition to the family check.

The reason for this age cutoff has to do with the child tax credit, established in 1997, which allows parents to receive up to a $2,000 tax refund for each child under the age of 17 each year they file. We can only speculate as to why this definition hasn’t been expanded to include young adults, but the reason is probably the additional cost to the federal government of extending the credit to more people, Holtzer said.

This group was likely excluded from the second stimulus check to keep costs down, thereby increasing the chances of passing the stimulus bill before the end of 2020.

What determines if 17- to 24-year-olds are eligible to receive a second stimulus payment?

It depends. If you became financially independent in 2020, and you file your 2020 tax return in spring 2021 independently, you’ll receive the first stimulus check of up to $1,200 sometime in 2021, Holtzer said. This is likely the case for the second check, too. All you have to do is file your tax return for 2020, and meet the regular eligibility criteria for a stimulus payment.

But if a parent or guardian claims you as a dependent on their taxes, you won’t get a check of your own. And if you’re in that 17-to-24 age range, you likely won’t get any money allocated toward your family’s payment, either.

What if you’re claimed as a dependent on someone’s taxes, but you work or go to college?

Even if you work or go to college full-time (or both), you still count as a dependent if you meet either the support test or the residency test mentioned above. Basically, if you rely on your parents or guardians for more than half of your financial support, if you made less than $4,200 in 2019 or you’re a full-time student under age 24 who resides with a parent or guardian while not in school, or both, you likely still meet the requirements to count as a dependent.

What if you’re considered an emancipated minor?

If you’ve been emancipated from your parents by a court or through marriage (state laws apply in both cases), you likely wouldn’t count as anyone’s dependent (assuming you provide more than half of your own financial support and don’t live with your parent or guardian anymore), and would file taxes independently. So you’d be eligible for your own stimulus check if you met the requirements.

What if you’re currently enlisted in the US Armed Forces?

If you’re age 17 or older and have enlisted in the US Armed Forces, you’re considered emancipated from your parents or guardians and would file taxes independently. Therefore, you would be eligible for your own stimulus check if you met the requirements.

What if you’re under 24 but married or have a child?

If you’re under age 24 but are married or have a child of your own whom you claim as a dependent, you’re considered independent by the IRS. Therefore, you’d be eligible for your own stimulus check if you met the requirements.

What if you pay or receive child support?

Typically, the custodial parent is the one who claims the child on their taxes, while the noncustodial parent pays child support. There are some cases where your stimulus check may have been garnished to help pay your child support. If you owe more than $150 in overdue child support (called arrears), your state may reserve the right to garnish some or all of your first stimulus check, based on how much you owe. If you’re owed child support, you may receive money garnished from your child’s other parent, though it may take a while to get to you after it is processed by the state.

For parents who have joint custody, it’s possible that both could get an extra $500 per child dependent as part of their check. It may be the case again with the $600 per-child payment. Find out everything you need to know about stimulus checks and child support here.

What if you’re an SSI or SSDI recipient?

If you’re a young person who is part of the Supplemental Security Income or Social Security Disability Insurance program, things can get complicated when it comes to stimulus payments. Here are three different circumstances people who receive these benefits may face, and how it might work for you, according to Holtzblatt:

Scenario 1: You are a full-time student and live with your parents for more than half the year (you’re considered to be living at home even if you live in a dorm part of the time). You could be claimed as a dependent by your parents, and therefore would not be eligible for a stimulus payment under the CARES Act. While you would be eligible under the current proposal for a second check, that money allotted to you would still be part of your parents’ payment.

Scenario 2: You are not a student, but receive more than half of your support/living expenses from your parents or others (like grandparents). If you meet certain other criteria, the person providing support could claim you as a dependent, and therefore you would not be eligible for a stimulus payment under the CARES Act. While you would be eligible under the current proposal for a second check, that money allotted to you would again be part of your parents’ payment.

Scenario 3: More than half of your support/living expenses are paid by your SSI or SSDI check. As long as you’re not a full-time student or living at home, you cannot be claimed as a dependent, and thus would be eligible for a stimulus payment under the CARES Act. If that was the case for you, you should have received your first check automatically. You would also likely be eligible for a second check that would come directly to you under the current proposal.

Another question we don’t have the answer to is, how extensive was the IRS’s verification process for eligibility? The agency knew who received Social Security benefits, at least as of a certain date. But we don’t know if the IRS was able to identify who among those people was a dependent of another taxpayer when the payments were distributed, Holtzblatt said.

Find out more about how SSDI and SSI impact stimulus payments here.

What if the IRS has made a mistake?

It happens, and there’s a process in place for you to claim an adjustment if any error occurred. At this point, the Nov. 21 deadline has passed, but you’ll be able to file a claim with the IRS during the upcoming tax season that runs from Feb. 12 through the typical April 15 cutoff. Here’s everything you need to know about the Recovery Rebate Credit you’ll need to claim on your taxes, and, for certain cases, reporting missing money or errors to the IRS. Call of Duty: Vanguard will take the long-running first-person shooter series back to World War II when it launches Nov. 5 on […] 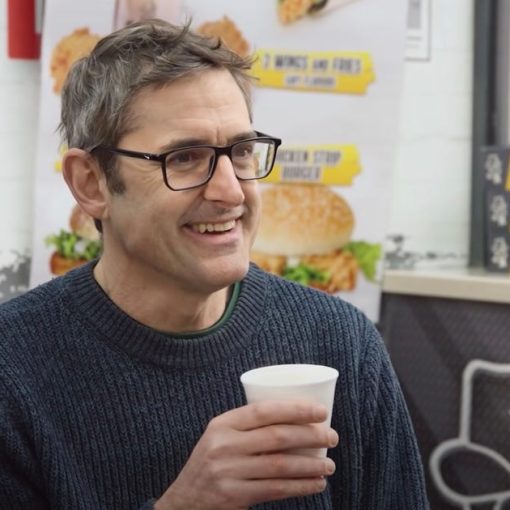 Regularly scrolling through TikTok? If so, there’s a strong possibility Louis Theroux’s voice has been in your head. His catchy “jiggle jiggle” rap […] 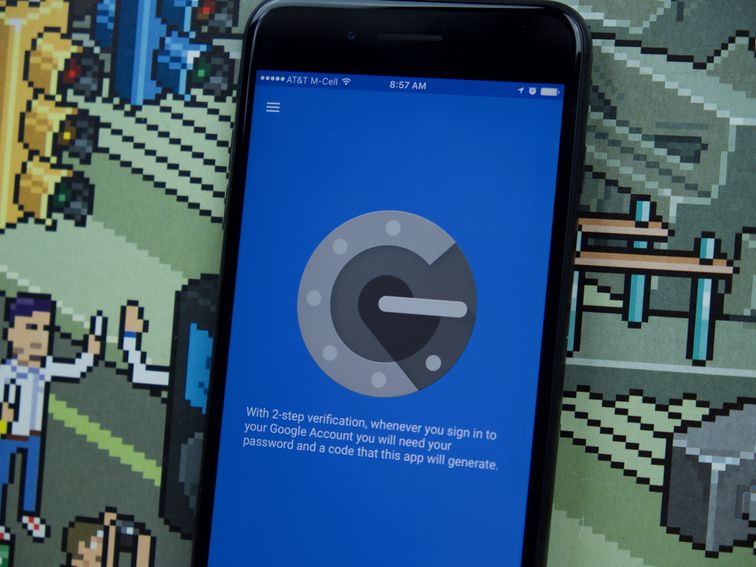 Adding an extra layer of security to your online accounts is no longer optional. There are far too many hacks and database […] 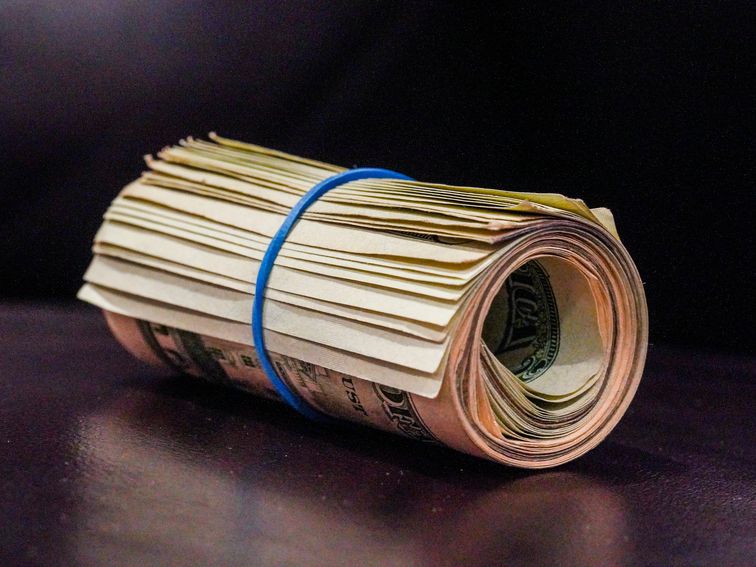 If another stimulus bill passes, here’s what you could get, beyond another direct payment. Sarah Tew/CNET Just because President Donald Trump signed four […]