Biden Will Be the Oldest President to Take the Oath

When Joe Biden takes the oath of office Wednesday, he will be the oldest person ever sworn in as president. Biden turned 78 in November. During the campaign, Biden addressed his age head-on in interviews and presented himself as a “transition candidate” who would help nurture new Democratic talent. “It’s a legitimate question to ask about my age,” Biden said on “The View,” adding, “Hopefully, I can demonstrate not only with age has come wisdom and experience that can make things a lot better.” Sign up for The Morning newsletter from the New York Times Biden leveraged his age as a strength in the election and campaigned on two key messages, according to one historical expert. “The first one: ‘I am not him,’ meaning Trump,” Jeffrey A. Engel, director of the Center for Presidential History at Southern Methodist University in Dallas, said last week. “The second was, ‘I am an adult and I will bring back normalcy and I will bring back a sense of decency and demonstrate maturity.’” Here is a look at some of the oldest and youngest presidents to take office. Who were the oldest presidents? Until Biden is sworn in Wednesday, President Donald Trump holds the record for the country’s oldest chief executive upon inauguration. He was 70 in January 2017, when he became the 45th president. Before him, President Ronald Reagan was the oldest president. He was 69 in 1981 when he was inaugurated for his first term. In a debate with Walter Mondale during his 1984 reelection campaign, Reagan made light of the issue of age. “I want you to know that also I will not make age an issue of this campaign,” he said. “I am not going to exploit for political purposes my opponent’s youth and inexperience.” Reagan was 77 after his second term, the oldest president to leave office. More than a century before him, William Henry Harrison held the distinction of being the oldest president at the time, when he was inaugurated in 1841 at age 68. Harrison, who had caught a cold that developed into pneumonia, died after 32 days in office. He became the first president to die in office and, to date, has served the shortest tenure in U.S. presidential history. At 96, Jimmy Carter is the oldest living former president. Who were the youngest presidents? Many people may think John F. Kennedy, who was inaugurated in 1961 at age 43, was the youngest president. But that distinction belongs to Theodore Roosevelt, who was 42 in September 1901, when he assumed the presidency after the assassination of William McKinley. “I don’t think most Americans have ever seen a moving picture of Teddy Roosevelt and not, certainly, while he was president,” Engel said, explaining why people may think of Kennedy as the youngest U.S. president. “They don’t have a mental image of a young man in the White House at that age, whereas John F. Kennedy was all about the image and moving images.” Other youthful presidents include Ulysses S. Grant, who was 46 when he took office in 1869; Bill Clinton, who was also 46 at his first inauguration, in 1993; and Barack Obama, who was 47 at his first inauguration in 2009. Three of the five youngest presidents were Democrats; Roosevelt and Grant were Republicans. What are the requirements to be president? As dictated by the U.S. Constitution, the president must be a natural-born citizen of the United States, at least 35 years old and a resident of 14 years. The qualifications for president have not changed since George Washington first took office at 57 in 1789, according to the Library of Congress. He was sworn in on the balcony of Federal Hall on Wall Street in New York City, then the capital of the United States. The average age of a president at inauguration: 55 A 2011 JAMA article on presidential aging, which did not include Trump, observed that the average age of a U.S. president at inauguration was 55.1 years. A similar ranking found that on average, presidents are sworn in at 55, according to potus.com, a project created by Bob Summers in 1996 as part of a graduate school project at the University of Michigan School of Information. “Most of the people that become president usually need to build a body of work to prove to voters what they stand for and how they will get things done,” Summers said. “That usually precludes much younger presidents,” he added. “And with the shorter life expectancies in the early days of the U.S., there were not as many people who would run as older candidates.” How many father-son pairs have taken office? There have been two father-and-son sets of presidents, and both were similar in age when they each first took office. John Adams was 61 when he became the second president, in 1797. His son John Quincy Adams was sworn in as the sixth president at 57 in 1825. George Bush was 64 at his inauguration in 1989. Twelve years later, he watched his eldest son, George W. Bush, inaugurated at 54. This article originally appeared in The New York Times. © 2021 The New York Times Company 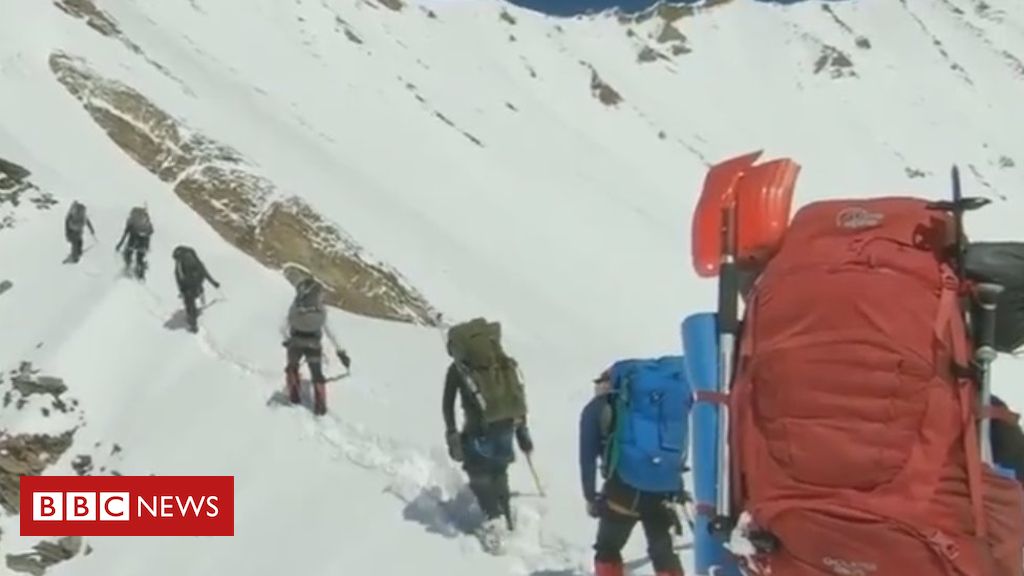 Indian officials say they have recovered an action camera which was being used by eight climbers who died in the Himalayas. The […] 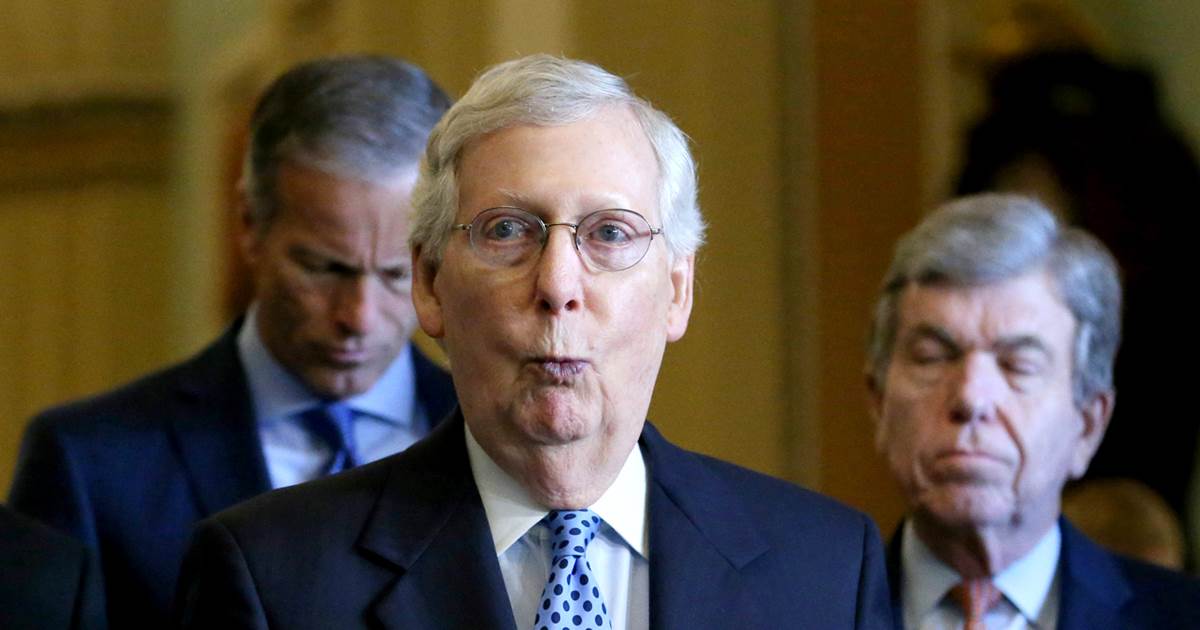 Senate Majority Leader Mitch McConnell said Tuesday he opposed reparations for descendants of American slaves, arguing it would be hard to figure […] 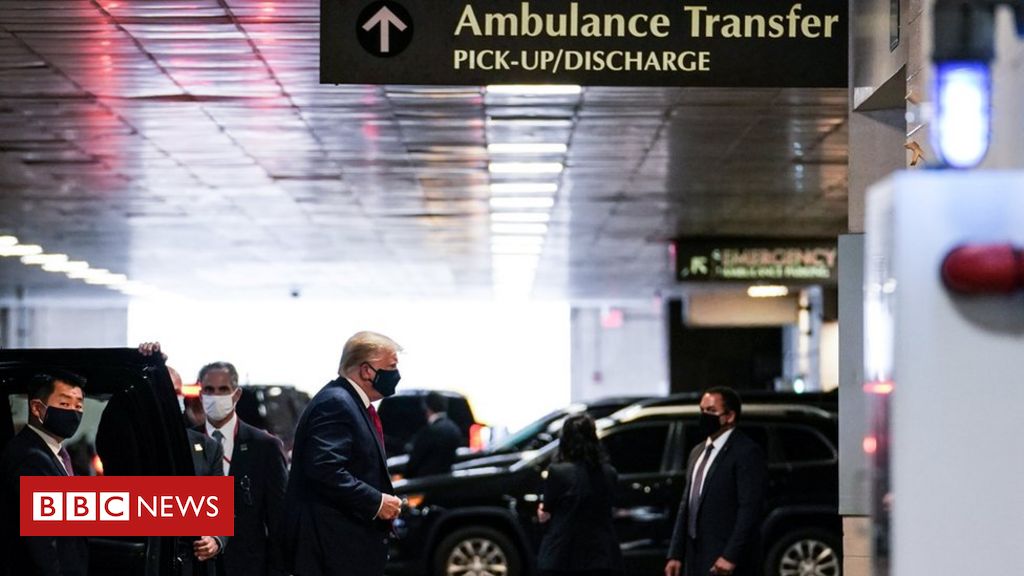