Dan Lawrence is coming on!

Root turns to England’s newest, and quirkiest, bowler. John Starbuck, you were right and I was wrong.

75th over: Sri Lanka 195-3 (Thirimanne 103, Mathews 12) You’re on 99. You haven’t scored a Test century for seven years. What would you like from the menu today? Ooh, something short and wide, please. Bess dishes it up, and Thirimanne slaps it away. He lifts both arms in triumph, as well he may. He’s been admirable, careful but positive, and he may just be dragging his team out of the mire.

74th over: Sri Lanka 191-3 (Thirimanne 99, Mathews 12) Better from Leach, who finds his metronome, keeps Mathews quiet and collects a maiden, only his third in 23 overs.

73rd over: Sri Lanka 191-3 (Thirimanne 99, Mathews 12) Thirimanne clips Bess for a single, and then Mathews gives a quarter-chance as Rob Key calls it – off the face of the bat, hitting Crawley at short leg somewhere near the shoulder, too fast for him to get his hands in the way.

72nd over: Sri Lanka 189-3 (Thirimanne 98, Mathews 11) Thirimanne has only ever made one Test hundred, in 36 matches, and his nerves are showing now. He pops a testing ball from Leach off bat and pad, but it’s loopy enough to get past Zak Crawley at short leg. And yet again England follow a good ball with a bad one, a full toss that allows Thirimanne to take a grateful single. England are missing Moeen Ali.

“What are the odds that Dan Lawrence will be given a go before the new ball?” asks John Starbuck. “He was talked up before the match began, so ought to be given a chance to show us what he might do.” It’s a good idea, but it’s hard to see him elbowing out Joe Root, who bowled well yesterday.

71st over: Sri Lanka 187-3 (Thirimanne 97, Mathews 10) Another near-miss for Thirimanne off Bess as he top-edges a sweep and just eludes the man running back from midwicket. But, again, Bess follows his moral victory with a bad ball – another short one, another cut for four. “England need to be 10 per cent better,” says David Lloyd.

70th over: Sri Lanka 180-3 (Thirimanne 91, Mathews 9) Broad goes off and Jack Leach comes on, so it’s spin from both ends. After a year of illness and inaction, Leach is still scraping off the rust. He hands Mathews a freebie with a short ball outside off and that’s another cut for four.

Time for a word from Abhijato Sensarma. “Sri Lanka are in the process of winning hearts with this show of grit,” he reckons. “But no one remembers rearguards in the long run unless they actually alter the nature of the result. This is their chance to show the world they aren’t merely miracle men who rely on individual innings. Even the slightest sniff of victory from here, of course, shall be to the credit of the entire team.” Some of us might settle for being mere miracle men.

69th over: Sri Lanka 175-3 (Thirimanne 91, Mathews 4) Mathews, facing Bess for the first time, brings the sweep out straightaway and takes a single. Thirimanne is tied down for the rest of the over as Bess continues to bowl fuller, and better, than he did yesterday.

68th over: Sri Lanka 174-3 (Thirimanne 91, Mathews 3) Broad tries to surprise Mathews with a bouncer. He may be surprised, but he’s not remotely bothered. He just lets it go and waits for something pitched up, which duly arrives, on his legs, allowing him to get off the mark with a clip for three.

67th over: Sri Lanka 171-3 (Thirimanne 91, Mathews 0) Bess and Sibley almost grab another as Thirimanne is tempted into an uppish drive. Sibley dives to his left at short-extra but can’t quite get a touch, and the ball goes for four. After that moral victory, Bess follows up with a poor ball, a half-tracker crying out to be cut for four. Thirimanne is calm enough to oblige.

66th over: Sri Lanka 163-3 (Thirimanne 83, Mathews 0) Broad has an over at Mathews, who fell to him in the first innings. The first two balls are wide enough to leave; the other four are spot-on, and Mathews goes block, block, block, block, knowing the ball is too old to be doing anything. Still, Broad has his maiden.

65th over: Sri Lanka 163-3 (Thirimanne 83, Mathews 0) A maiden from Bess, who lands one in just the right spot to Thirimanne – eight inches outside off, turning just enough. It’s blocked, uncertainly, and it makes you wonder why Root has only a slip in, with nobody there for the bat-pad.

64th over: Sri Lanka 163-3 (Thirimanne 83, Mathews 0) Thirimanne isn’t bothered: he cuts Broad for four, then nurdles a single behind square. If he was English, he’d be known as Sir Alastair.

63rd over: Sri Lanka 158-3 (Thirimanne 78, Mathews 0) Out comes Angelo Mathews, with a lot resting on his experienced shoulders. This partnership can’t afford to be the wrong side of 80.

A breakthrough already! The nightwatchman Embuldeniya goes back and spoons a push straight to the man at short extra. Bess’s luck, which was outrageous on Thursday, is back for more.

The sun is half-out, as advertised. Stuart Broad has the ball in his hand, a bandana on his head and a grin on his face.

Preamble: a deal to seal

The third day of this Test belonged firmly to Sri Lanka, who managed to induce an England collapse and then avoid one of their own. But England had been so dominant before that that, as we go into the fourth day, they remain in charge.

They could still win by an innings, as Sri Lanka need another 130 to make their guests bat again. That said, England could end up losing the match. All the Sri Lankans have to do is bat as tenaciously today as they did yesterday and bowl about ten times better than they did on Friday.

If Thirimanne and co. can turn 156 for two into, say, 435 all out, England will be chasing 150 and all bets will be off. Joe Root, after all, is now due a failure. And the only experienced batters alongside him are Jos Buttler and Jonny Bairstow, one of whom will be knackered from keeping wicket, the other battered after taking a few blows on the body at short leg. At last, Brian Close has his own tribute act.

Play starts at 9.45am in Galle (we think), which is 4.15am in the UK. The forecast is better – 29 degrees with sunny spells – whereas Monday is looking sodden. England should be looking to seal the deal today, which means that Root will need to set attacking fields, and back his spinners, Jack Leach and Dom Bess, to bounce back from a day of rusty frustration. 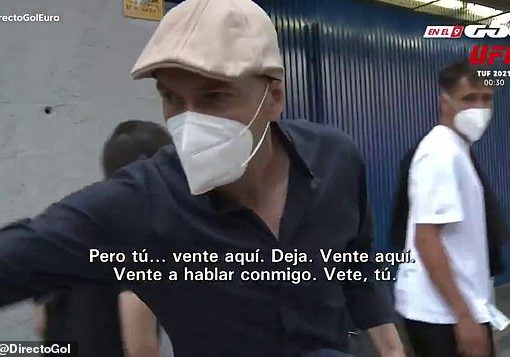 ‘Are you still asking the same dumb questions as before?’: Zinedine Zidane clashes with Spanish reporter as former Real Madrid boss responds […] 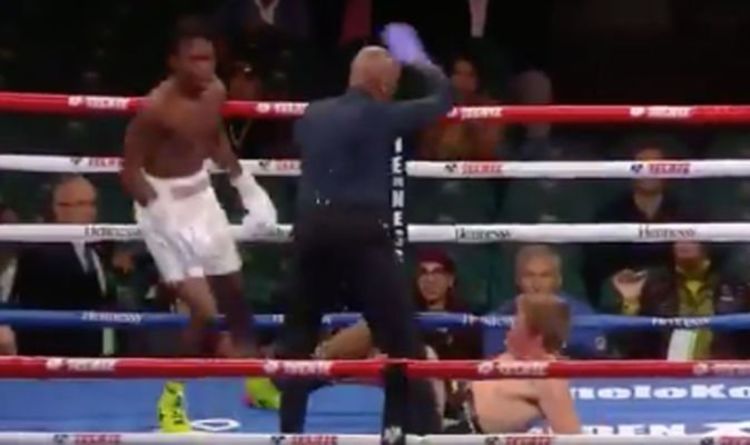 Paris Saint-Germain star Neymar wants to join Real Madrid after his time at the Parc des Princes. The Brazil international only signed […]