Michael Flatley performs in Lord of the Dance in throwback

She was trying frantically to pull a bin liner over herself to shield her body from the pelting rain. Next to her were a couple of airline-style wheelie bags. “She was trying to cover up with these bags and she looked to me as if she was newly homeless,” recalls the dance star.

“I wondered if this was somebody who had lost everything due to the coronavirus and was new to the street having lost her home.” In that instant, something spoke directly to the core of the dance legend’s Irish-American soul.

“Sometimes you need that little nudge from God. I was so moved and was immediately inspired to do something,” explains the man who became internationally known for his hit Irish dance shows Lord of the Dance, Feet of Flames and Celtic Tiger Live.

By the time Flatley, 62, arrived home, his impulse had resolved into a unique fundraising initiative. He threw off his coat, slid on his dancing shoes and hammered out a 10-second dance which he uploaded to social media: Tap for Ten had been born.

Celebrities including Eamonn Holmes, Keith Duffy and Lisa Maxwell had soon uploaded their own jigs (including Holmes’ delicious dad-dance) and, by Christmas, thousands of pounds had been raised to help support homelessness charities including Centrepoint. The challenge revolves around a person posting a 10-second clip of themselves dancing. It can involve fancy footwork or a simple shuffle, with the results shared on social media using the hashtag #FlatleysTapforTen.

The Lord of Dance has entertained millions with his incredible routines (Image: BBC)

But the choreographer who transformed the straight-laced movements of a traditional dance style into sexy stadium-style entertainment has a problem.

Flatley, who has a 13-year-old son with his second wife, former dancer Niamh O’Brien, 46, may own homes around the globe – including a £20million townhouse in London’s Belgravia, a pad in Barbados, and a £25million castle in Cork, Ireland – but he can’t get that well-heeled homeless woman out of his head. It’s a concern that extends to those who suffer long term with nowhere to live, as well as those who may be new to the streets as a result of the pandemic.

“Everybody is supposed to stay home during lockdown but if you are homeless you don’t have a home to stay in – and it’s bloody cold outside. What in the world are they going to do in this freezing cold weather?” wonders Flatley, a noted philanthropist who has raised more than £800,000 for his charitable foundation by making dance paintings with his feet.

He is so concerned by this “universal problem” that he is about to build on his initial, emotional impulse and set up a fundraising effort he hopes will help the homeless over the long term – and he’s using the Daily Express to launch the as-yet unnamed new initiative.

The star dancing at his home in Cork this week (Image: BBC)

“I think dancing for 10 seconds wasn’t something that was available to everyone,” he admits.

“Now I want to broaden it and do something this year for the long haul, and not just for Christmas. My dance tours are global and I see this problem everywhere.

“It ignores religion, race and nationality. It takes everyone.

“You have to remember that every one of those people in a doorway is someone’s son, someone’s daughter.”

After all this is a man famed for his testosterone-fuelled braggadocio; a charismatic, bronzed, bare-chested stallion of a dancer, able to stamp the ground in his cannon-loud heels 35 times a second (a gunfire-like feat that saw him break his own Guinness World Record in 1998 at the age of 39).

Michael and his wife Niamh O’Brien own homes around the globe (Image: PA)

His shows have played to more than 60 million people in 60 countries and have grossed more than £1billion, and his feet were once insured for $57.6million. But his terrier-like determination to succeed, and his understanding of those who have struggled to do so, stems from being a second-generation immigrant. It is clear Flatley remains acutely aware of the travails of his immigrant parents who arrived in the US from Ireland in 1947 with nothing to their name other than a determination to do their best and a passion for helping others.

“My parents were modest, hard-working people who taught me and my four siblings, ‘There but for the grace of God go I’,” he explains. “They had nothing, but they worked so hard to provide for me. I would have nothing and I would be nothing without them. Despite my success, I’ve always had this horrible feeling that the homeless were outside, and I was inside.

“It could so easily have been the other way around. That’s probably why the awareness is something that has always been with me and why each year I help out in a soup kitchen. It’s fine to say government bears some responsibility but in fact we all have a duty. I don’t have the answers but I do want to help the professionals – who do know how to help – by raising awareness of their work.”

Flatley started taking Irish dancing lessons in Chicago at the age of 11 and during a 50-year dancing career his body took a severe beating.

His wild, flamenco-style re-interpretation of Irish dance may have made him a multi-millionaire worth an estimated £350million but it also earned him two shoulder replacements, a torn calf, two ruptured Achilles tendons and assorted broken bones.

He pulverised his knees and wrought long-term havoc on his spinal column – including three major vertebrae devastated by his chosen high-impact art form. His sacroiliac joints – the human body’s “shock-absorbing” ligaments that connect pelvis to spine on both sides – have caused intermittent lower back pain.

“Yes, I don’t jump out of bed in the morning and have to take my time to straighten my legs. Yes, I have pain, and it can be severe, but I wouldn’t trade it for the world because it shows that I followed my God-given talent and the determination my father gave me to make the most of it,” he insists.

The star performs his Tap for Ten challenge (Image: NC)

While the young dancers in his shows are encouraged to take care of their bodies, he was cavalier about his own.

“Nobody had ever done this type of dance before. My dancers are all trained to the teeth in stretching and looking after themselves.

“I was not. I just worked as hard as I could so as to be ready when the music started. I also had the task of promotion and producing. I never took enough time.”

Sometimes the only relief he was able to find was full immersion in a huge barrel of ice. “Pain has to become your friend as a dancer. People are paying good money to see your show, they don’t want to know that I’ve got a torn calf. I’m blessed to have worked hard as a young man and to have had parents guiding me. They had a raw experience when they first arrived in Chicago but they always saw everything in a positive light and they never let me forget how hard you have to work to succeed.

“My son [Michael St James] teases me when he sees me trying to stand up, but I’m proud I’ve earned that pain. My dream was that a dancer could be the lead on a stage, not only a singer.”

Flatley remembers sitting on a plane as a young man, coming home from his triumph in an international Irish dancing competition nursing his medals and wondering what on earth could come next as the world’s leading Irish dancer.

After knocking on innumerable doors, he finally got a stint dancing with Irish band The Chieftains and it was there he met dance partner Jean Butler and began to develop his unique choreography.

This exploded on to the stage during the unforgettable interval in the 1994 Eurovision Song Contest when his sexy routine with Butler, and a troupe of tightly-schooled Irish dancers bashing the stage in unison, lit up the world and gave rise to the phenomenon he created that was Riverdance.

“I incorporated arm movements and accelerated footwork. I syncopated the rhythms and spent more time in the air, flying as far as I could and attacking the stage,” he explains.

The star is rightly proud of the thousands of Irish dancers who have had jobs because of him (Image: Daily Mirror)

“You go to any Irish gathering, and they are crying and singing and fighting.

“How could they dance with their arms by their sides? The change was very freeing and very badly needed. When I put a line of dancers at the front of the stage, those rhythms release emotion. It’s like an ancient warrior dance.”

Today, Flatley is rightly proud of the thousands of Irish dancers who have had jobs because of him. And he can’t wait to get his four companies working again when the pandemic allows that to happen.

But he is equally committed to helping those who, for now and for whatever reason, can’t dance. 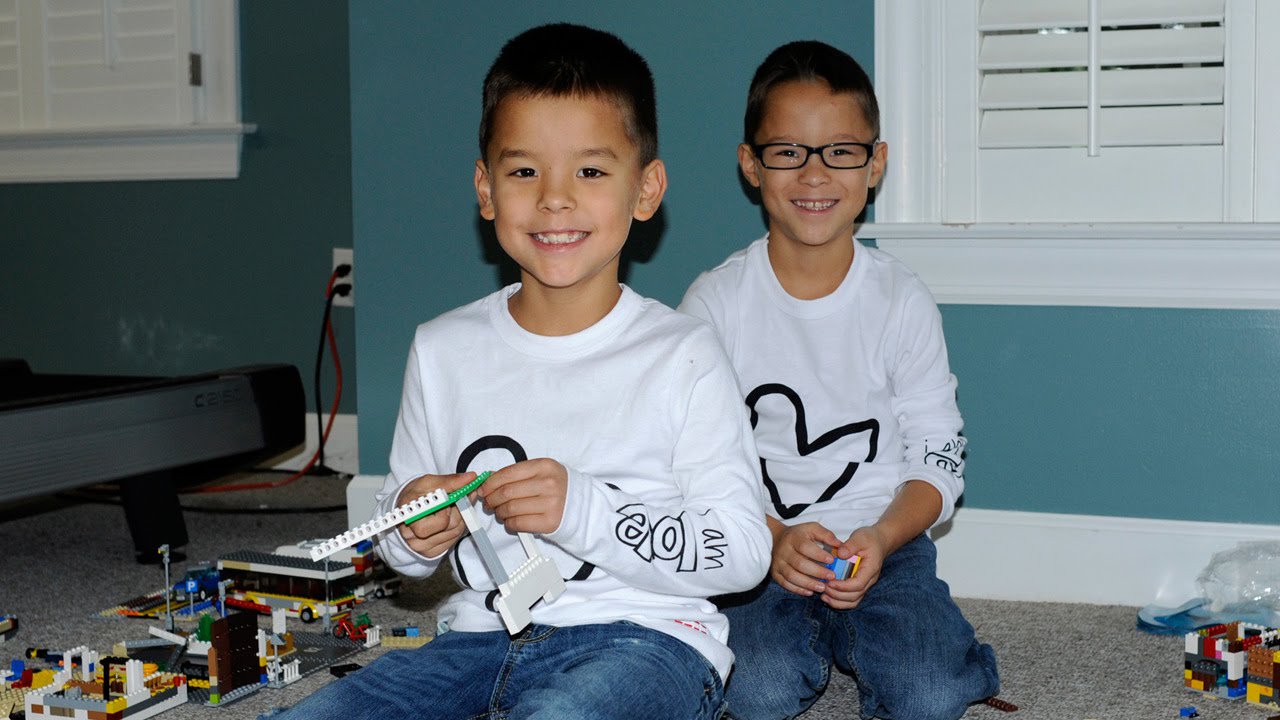 Earlier today, Jon Gosselin took to his platform of choice, Instagram, to post photos of his and ex, Kate’s son, Collin, and […] 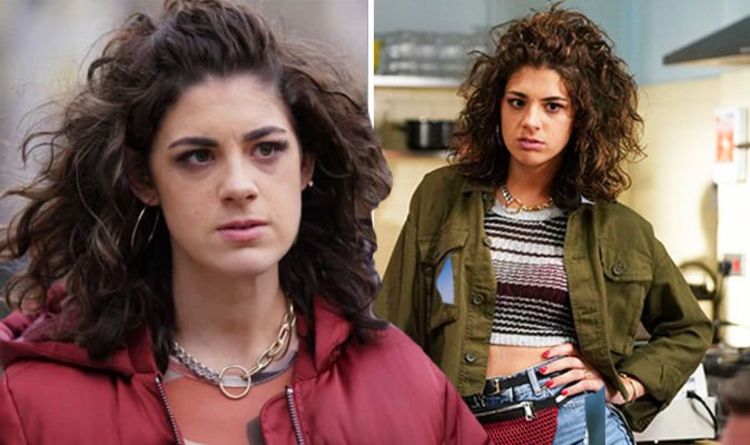 EastEnders actress Sophia Capasso said despite negativity, she tries to ignore it and pays attention to positive comments instead. She told The […] 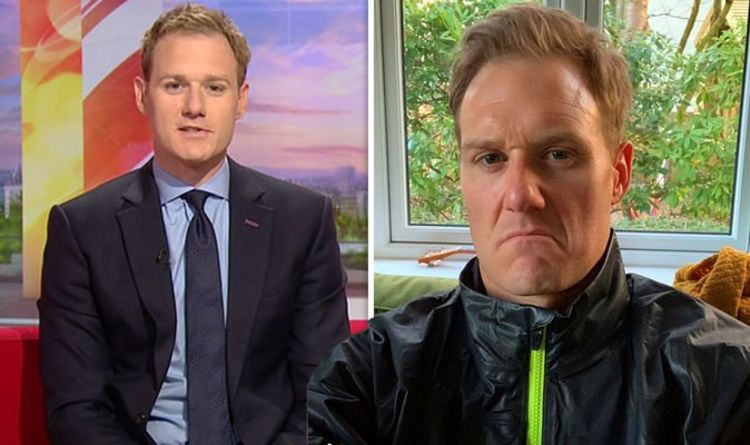 Dan Walker, 42, shared a post from someone on Twitter this week, who seemingly appeared to want to be initiated into the […] 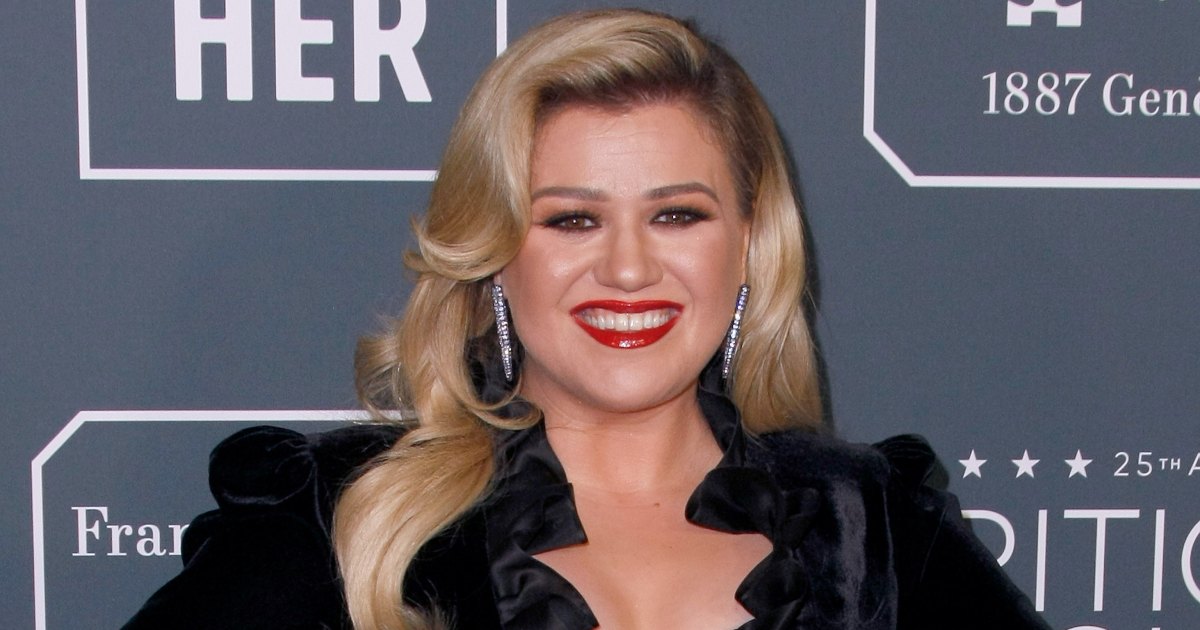