Paul Bieniasz didn’t mince words in a sarcastic New Year’s Day statement he tweeted. If he wanted to create a new, vaccine-resisting version of the pandemic coronavirus, the Rockefeller University virologist wrote, “having developed a remarkable two-dose vaccine, [I’d] … ADMINISTER IT TO MILLIONS OF PEOPLE – BUT DELAY THE SECOND DOSE. … If we let immunity wane for a little while, say 4 to 12 weeks, we just might hit the sweet spot”—and create a virus that could foil the vaccine.

Bieniasz was reacting to the United Kingdom’s 30 December 2020 decision to allow up to 12 weeks between doses of two authorized vaccines, rather than the 3 or 4 weeks tested in the vaccines’ clinical trials. Desperate to tame a massive surge in cases and alarmed by the spread of a new, more contagious variant of the virus, U.K. vaccine experts were aiming to quickly get at least some protection into the arms of as many people as possible.

In a similar tactic to stretch scarce vaccine supplies, on Monday Russia revealed it would test its two-dose Sputnik V vaccine to see whether just one dose—“Sputnik Light”—would be efficacious. And yesterday, the Trump administration announced it would no longer withhold 50% of the available vaccine supply in the United States to ensure timely second doses.

But Bieniasz and other virologists worry that extending the dosing interval might result in millions of people with only partial immunity as they wait for their second dose—a potential breeding ground for vaccine-resistant mutations. “If we end up with everybody just getting one dose with no doses available for a timely boost, that would in my opinion, be a problem,” says Florian Krammer, a virologist at the Icahn School of Medicine at Mount Sinai.

Experts don’t agree, however, on how big of a risk a long delay between doses poses, especially when weighed against the current out-of-control spread of the pandemic coronavirus, SARS-CoV-2, in many places. “It’s carnage out there,” says Andrew Read, an evolutionary microbiologist at Pennsylvania State University, University Park. “Twice as many people with partial immunity has got to be better than full immunity in half of them.”

Yet the record case counts also create an exceptional milieu—with untold billions of viral replications occurring every second—for mutations to arise as the virus makes errors in copying its genetic alphabet. One viral variant, first spotted in South Africa, has evolved two mutations that block the effectiveness of antibodies used to treat COVID-19, raising the specter that they could also block vaccine-induced antibodies.

One of those mutations reduced by 10-fold or more the ability of antibodies from some recovered COVID-19 patients to neutralize viruses expressing the coronavirus spike protein, according to a recent preprint by Jesse Bloom and Allison Greaney of the Fred Hutchinson Cancer Research Center and their colleagues.

Virologists worry lengthening the dosing interval from, say, 3 weeks to 3 months, could speed the emergence of such mutants by creating a pool of subimmune people who have enough antibodies to slow the virus and avoid developing symptoms—but not enough to wipe it out. Those people might incubate viruses with mutations that allow them to dodge vaccine-induced antibodies—for example, by changing the amino acid sequence at a site where antibodies previously bound, preventing the virus from invading cells and replicating. Because most COVID-19 vaccines generate immunity to just one protein, the spike protein on the virus’ surface, the new vaccines might be easier for mutant viruses to evade than other vaccines that evoke broader immunity, Read notes.

Some data support the possibility that partial immunity could spawn new variants. For example, a case study published recently in The New England Journal of Medicine reported how, in a prolonged, ultimately fatal case of SARS-CoV-2 in an immunocompromised man, the virus kept mutating at a rapid rate compared with virus circulating in the general population.

But evolutionary biologists who use computer modeling to generate scenarios of viral “escape” from vaccines say there aren’t enough data yet to compute this still-hypothetical risk, and any single mutation is unlikely to send vaccine effectiveness plummeting. Bloom notes that “even [the] worst mutations” seen so far only partially eroded the effectiveness of antibodies from recovered patients’ blood.

“Most people I know who do dynamical modeling in public health and evolution think [vaccine escape] is a secondary … concern. That it’s more important just to immunize broadly right now. I’m in that camp,” says Sarah Cobey, an epidemiologist and evolutionary biologist at the University of Chicago.

Historically, few viruses have managed to evolve resistance to vaccines, with the notable exception of seasonal influenza, which evolves so rapidly on its own—without vaccine pressure—that it requires a newly designed vaccine every year. The poliovirus mutates much more rapidly than the new coronavirus, yet polio vaccines remain highly effective. The measles virus mutates about twice every million times it replicates. But the virus cannot end run its highly effective vaccine, made from live, attenuated virus, according to a preprint published in October 2020, in part because the vaccine arouses such a broad array of antibodies that no single mutation has much impact.

If over time the novel coronavirus does mutate significantly, researchers can update the vaccines, says Lucy Van Dorp, a computational geneticist at University College London. She notes that the messenger RNA vaccines made by Pfizer and Moderna “are very well suited to updates.” The chief executive of BioNTech, which first developed Pfizer’s vaccine, recently told The Financial Times that “we could manufacture a new vaccine within 6 weeks.”

Still, scientists would like to resolve their theoretical debate with data. Lab studies are examining how well antibodies from vaccinated people neutralize various strains of the virus. And data expected soon from late-stage vaccine trials in South Africa, which began before the concerning new strain appeared in that country, should illuminate that strain’s ability to escape these vaccines.

In the meantime, a live experiment in lengthening the dose interval is underway in the United Kingdom. Bieniasz says he can’t say with any certainty whether vaccine-resisting viral strains will result. “But if that was my goal this is how I would do it.” 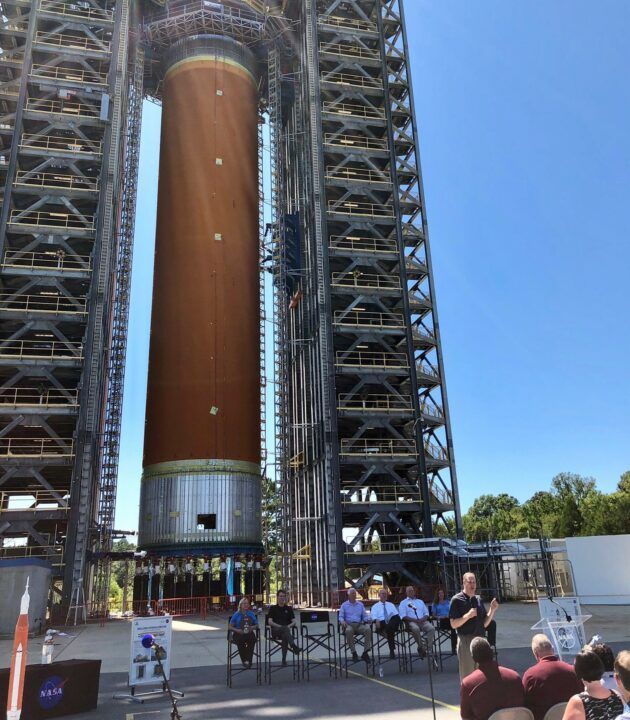 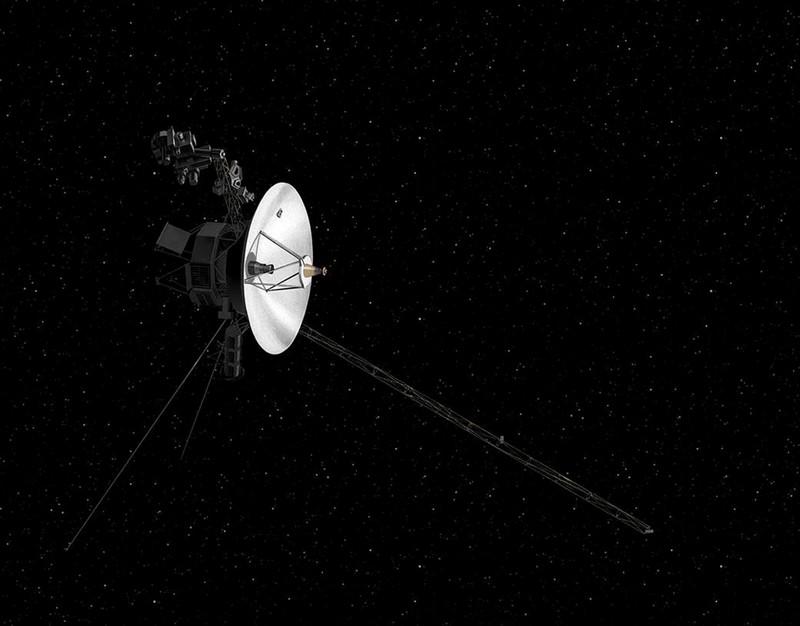 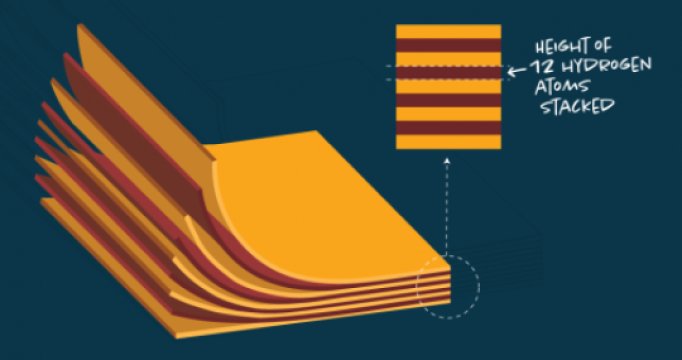 While the creation of a paper swan using origami may be intriguing, the idea of creating 3-D circuits based on similar design […] 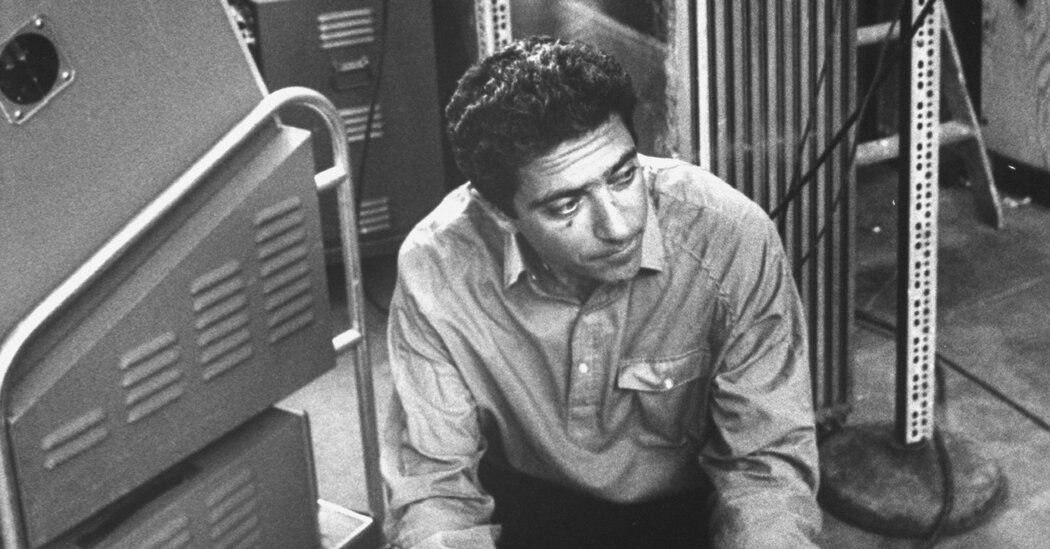 Normally, an experiment at the Brookhaven accelerator — the world’s largest at the time — was completed in a few hours. The […]