In France, every child is now obliged to have 11 vaccinations. If parents want their children to attend school, or take part in many extracurricular activities, they must accept. There is no opt-out or concessions made to vaccine doubters.

On Monday France’s government and health authorities are speeding up the country’s Covid-19 vaccine drive – a process complicated by widespread scepticism about the inoculation that has encompassed the usual global conspiracy theories.

For weeks, polls have suggested up to 60% of the French population do not wish to be vaccinated. As the government’s vaccine operation enters its third week, official figures show that as of Saturday at least 93,000 people had been given the jab – a much lower number than elsewhere in Europe, including the UK, Germany and Italy.

Laurent-Henri Vignaud, a science historian whose 2019 book Antivax, co-written with immunology specialist Françoise Salvadori, examines vaccine scepticism in the west since the 18th century, says we should not heed polls suggesting the French will refuse the vaccine.

“There’s a very big difference between what the French say and what they do,” he told the Guardian. “And polls whose methodology and questions can seem abstract do not reflect what happens when people know where they will have the vaccine, what it does, the how, when and why.”

Vaccine doubters have existed as long as vaccines, but for years polls have suggested France has more than most of its European neighbours – an odd reputation given that immunology pioneer Louis Pasteur was French and is a figure of fierce national pride.

Prof Jocelyn Raude, an expert on health behaviour at the Ecole des Hautes Études en Santé Publique who has studied the anti-vaccine movement, says that as recently as 2005 polls showed 90% support for vaccines, “which seems incredible today”.

However, by the turn of the 21st century the seeds of doubt had already been sown.

In the 1990s, a mass campaign to vaccinate French children against hepatitis B coincided with a jump in multiple sclerosis cases, though studies never found a convincing link between the two.

In 1991, there was a medical scandal not linked to vaccines specifically when it was discovered that health authorities had knowingly distributed blood products contaminated with HIV to haemophiliacs in the 1980s. Several ministers were later charged with manslaughter.

However, Raude said it was the 2009 H1N1 scandal, in which the government massively overordered 94m vaccine doses at a cost of €869m (£780m), that fuelled today’s vaccine scepticism.

The health ministry later cancelled more than half the order but the damage was done. Opposition parties criticised the waste of public money and accused officials of being in league with big pharma. In the end, 323 people in France died of H1N1, only 6m people were vaccinated and 19m vaccine doses were destroyed. An official estimate put the cost of the debacle at €382m.

Then came the Mediator scandal. The diabetic drug, widely but wrongly prescribed to those seeking to lose weight, was linked to between 500 and 1,200 deaths over more than three decades.

Mediator’s manufacturer, Servier, was accused of charges including manslaughter, and 12 people ended up in the dock in a criminal trial last year, including officials who were also paid as consultants of pharmaceutical companies. The company and the individuals charged deny wrongdoing. Judgment is expected in March.

“It was a tipping point. The Mediator scandal validated in people’s minds the idea of corruption between officials and pharmaceutical companies in France; that it was about business not health safety,” Raude says.

Another cause, he says, is the lack of confidence in doctors and scientists.

“It’s not new for the French to lack confidence in political leaders, but there is a low level of confidence in the medical authorities in France. The effect of this is if you don’t trust the experts, you don’t follow their advice.”

Vignaud says vaccine scepticism is less against the vaccine itself than those promoting it, reflecting a distrust of “politicians, high-profile doctors and experts and journalists”.

“France doesn’t have any more hard and fast anti-vaxxers than anywhere else, what it does have is … a certain dissatisfaction with the political class,” he says.

“There is a strong expectation of the state, but we are permanently disappointed: we see this with the vaccine programme: some say it’s too slow, others it’s too fast. Everyone is disappointed.”

The film Hold-Up, a much lampooned and debunked epic claiming Covid-19 is a global conspiracy, has compounded the mistrust and been been shared by influential figures.

Among those trying to combat the disinformation with facts and humour is the Facebook site Les Vaxxeuses. “Vaccines are the biggest medical advance … don’t let lies make you doubt the benefits,” the website says.

Over the weekend the anti-vaccination movement was dealt a blow when the far-right leader Marine Le Pen changed course and said she would agree to receive a Covid jab, having previously voiced her opposition.

Ministers are confident France’s vaccine programme will catch up in the coming weeks, insisting it is “a marathon, not a sprint”.

“Once access to the vaccine becomes a reality people will have the vaccine. They have had enough,” Vignaud says.

Raude agrees the government’s “slow steps” strategy appears to be working. “The government has been slow and careful so as not to frighten people … when French people see the benefits, they will do it.” 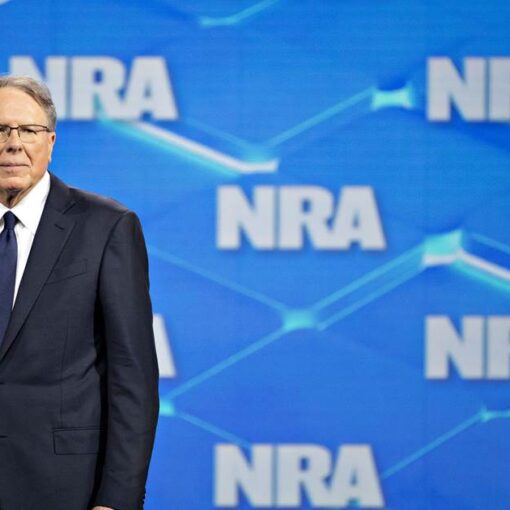 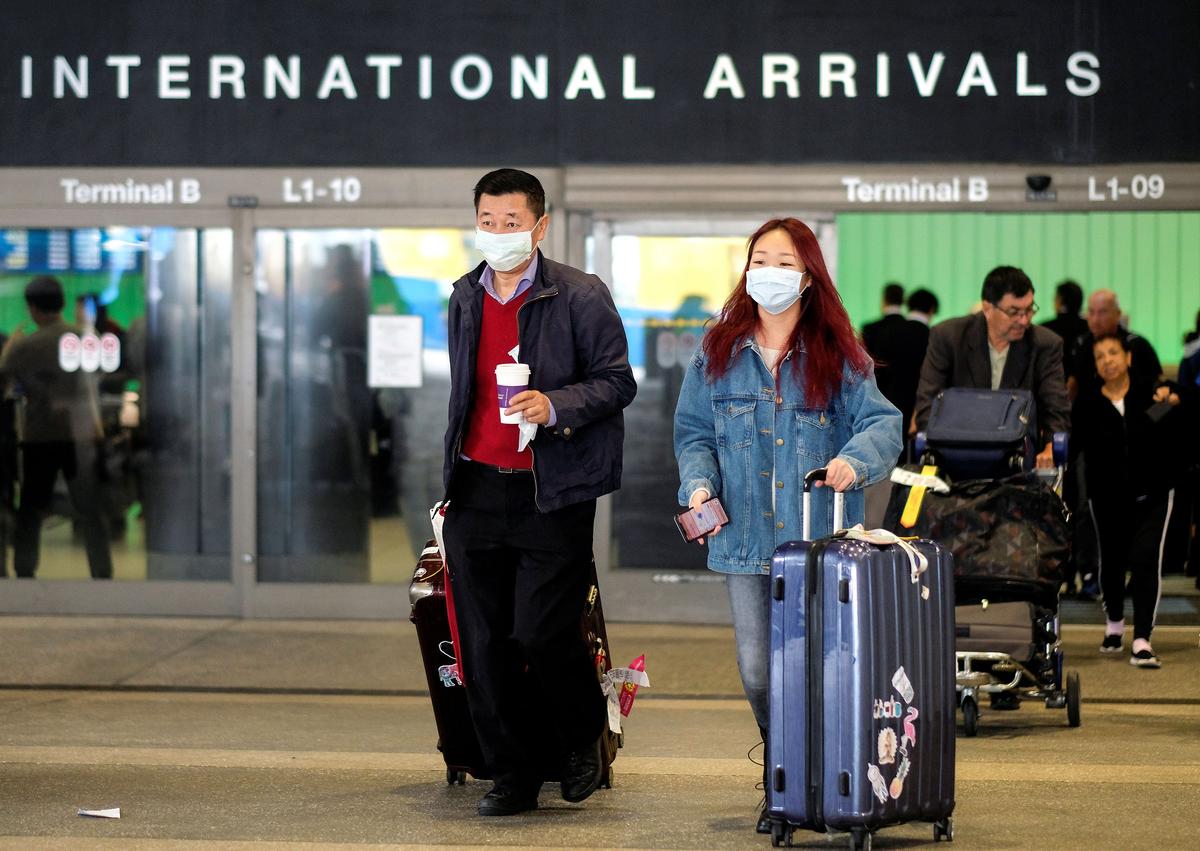 FILE PHOTO: Passengers leave LAX after arriving from Shanghai, China, after a positive case of the coronavirus was announced in the Orange […] 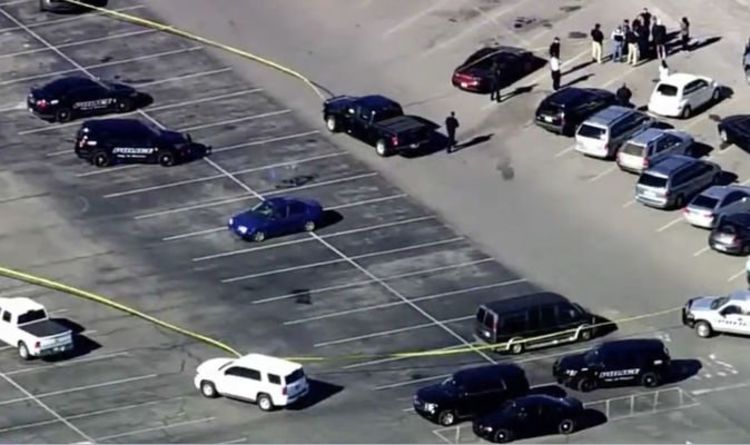 Two people were shot and killed in a gruesome attack in Oklahoma before the perpetrator took his own life, reports claim. According […] 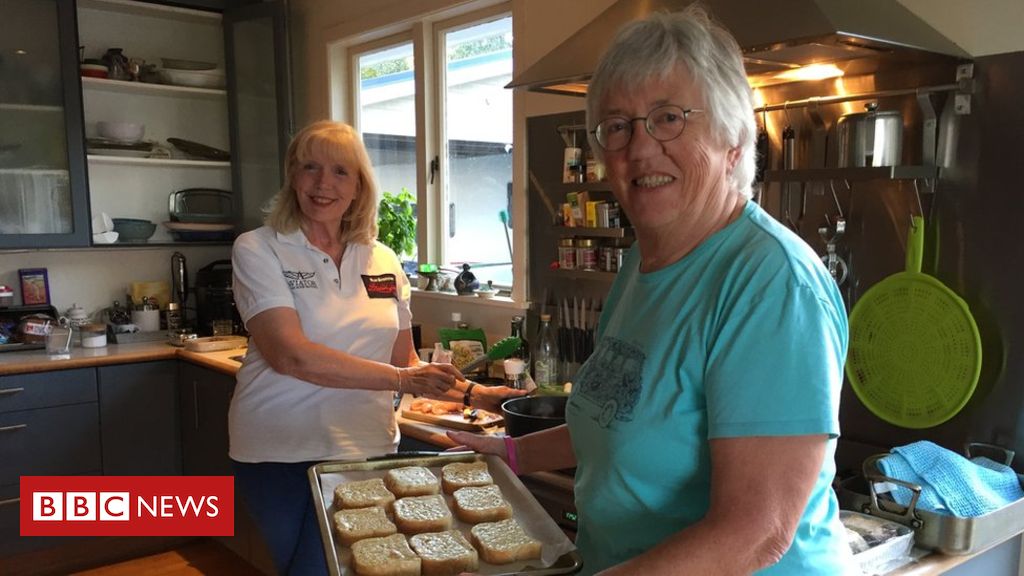