Marcelo Bielsa may claim to adore the romance of the FA Cup but his poor record in the competition took a turn for the worse as Leeds were humiliated at Crawley.

Bielsa is yet to win a tie in the world’s oldest competition and this year was stung by a classic giant-killing, by a team lurking 62 places below his Premier League outfit.

League Two Crawley joined a growing list of clubs who have embarrassed Leeds in this competition. 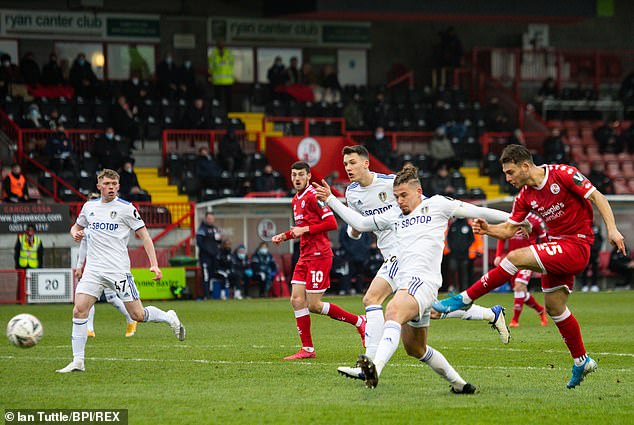 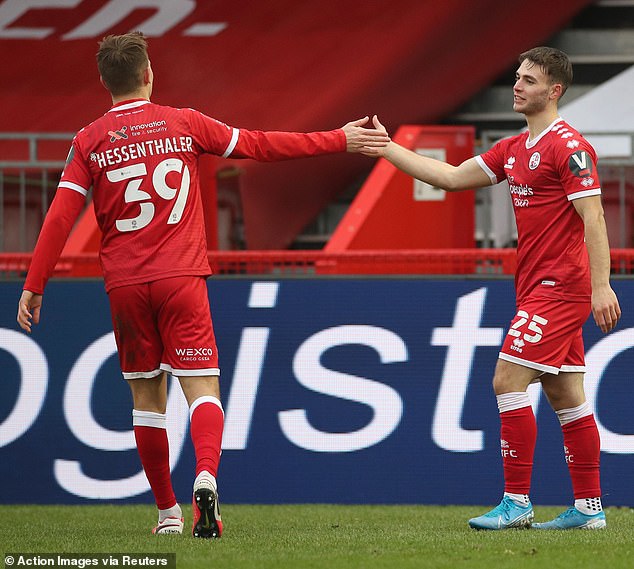 Newport, Sutton, Histon, Rochdale and Hereford have all knocked out Leeds this century. Go back into last century, closer to their most wonderful era, to find them toppled by Scunthorpe, Colchester and Sunderland, at Wembley.

Now Crawley join the list after a glorious victory in what they unashamedly billed the biggest home game in their history.

It was, of course, a great shame there were no supporters on the terraces of the People’s Pension Stadium but the coaching staff and substitutes did their best to make up for the lost atmosphere are the goals flowed in the second half. 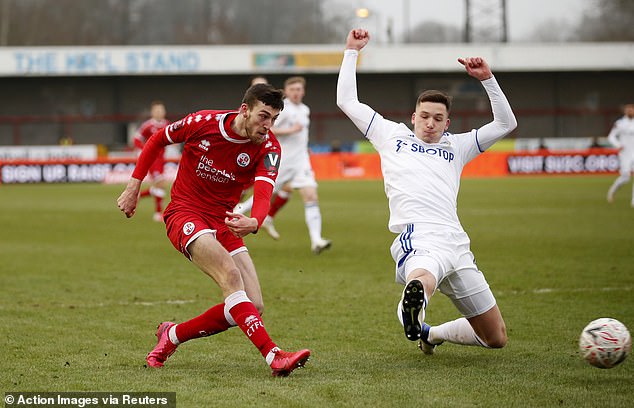 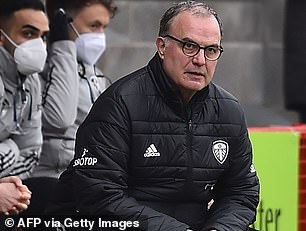 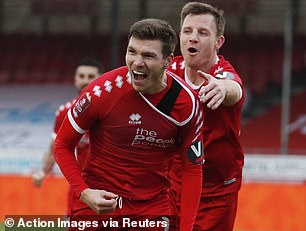 Crawley had chances to score a fourth. Max Watters, their top scorer on his way back from injury, came off the bench and was twice foiled by last-ditch blocks.

There was even a chance for Crawley boss John Yems to send on Mark Wright, the reality television star.

Wright, who was once in the youth ranks at Tottenham before making his name in the show ‘The Only Way is Essex’, is trying to earn a professional contract at the League Two clubs as part of a TV show.

It was a measure of the comfort of the victory.

Bielsa did rest top scorer Patrick Bamford and goalkeeper Illan Meslier but did not select a particularly weak team and they made a reasonable start, despite struggling to slick their passes around. 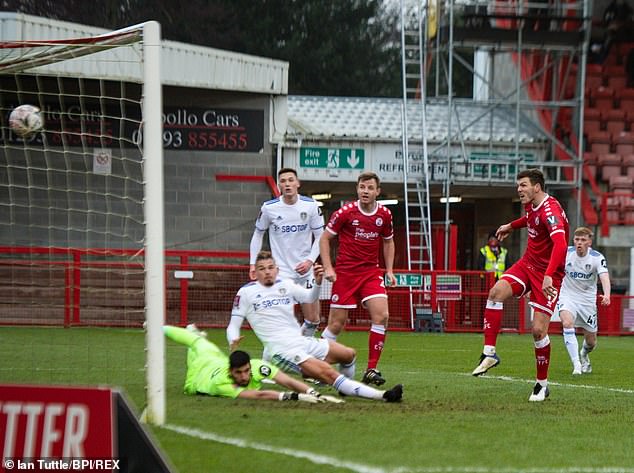 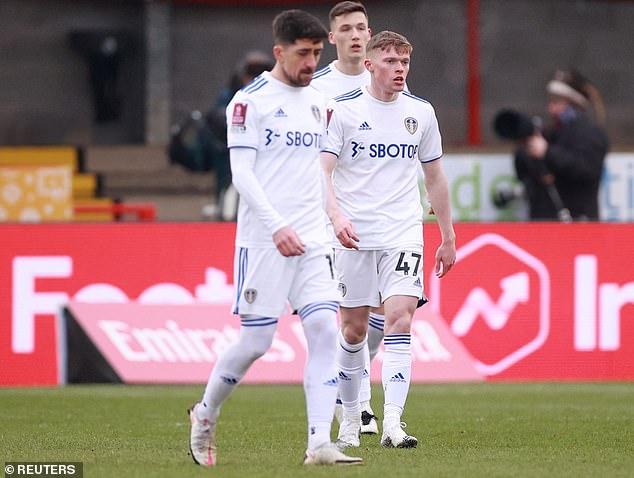 Crawley’s veteran keeper Glenn Morris made a strong save at his near post to deny Ian Poveda, who linked up on the left with Ezgjan Alioski and cut into the penalty box.

Rodrigo, up front as Bamford took a breather, was in the thick of the early action. First an optimistic penalty appeal, turned down. Then, a shot deflected wide and another skied over from outside the box.

Crawley resisted well. The home defended stoutly the penalty box, crowding Leeds as they tried to thread their intricate passing patterns, and were gifted an opportunity on the break.

Kalvin Phillips, deployed by Bielsa on the right of three central defenders, gave the ball away to Nadesan and, although Leeds recovered, they only did so at the expense of a corner. 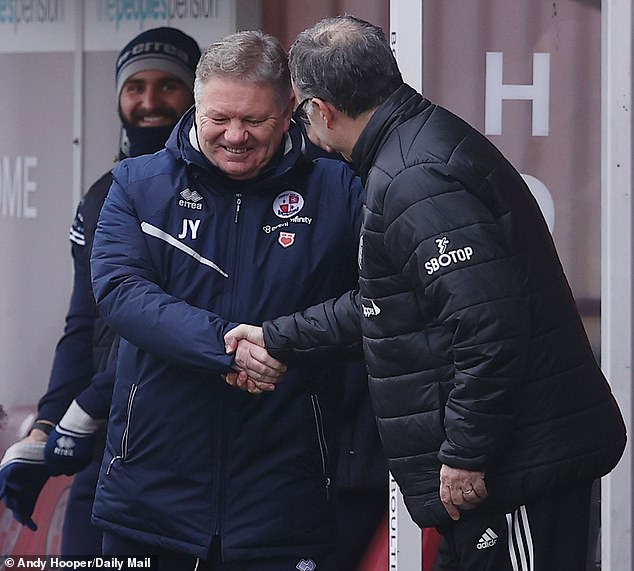 The set-piece was taken by Jack Powell and met at the back post with a strong header by Tom Nichols, hat-trick hero of the remarkable 6-5 win against Torquey in the FA Cup First Round.

Nichols must have thought he had done enough to score but his effort was saved by the fabulous reactions of Kiko Casilla.

Bielsa made three changes at half time. On came Jack Harrison, who took over from Rodrigo up front, Olly Casey to replace captain Liam Cooper, and 18-year-old Jack Jenkins for his first-team debut in midfield.

Crawley, however, gave them no chance to settle. Tsaroulla struck within five minutes of the restart, collecting a header from Nadesan and accelerating forward. His finish was low and crisp, and the goal was his first in senior football.

On the touchline, a cup of tea went spiralling through the air among the staff celebrations.

Within three, minutes they were two up. This time, Nichols released Nadesan and crashed a fierce shot past Casilla, who ought to have done better at his near post.

Tunnicliffe scored the third, pouncing on the rebound when Casilla made a fine save from Nadesan, and Crawley might have scored more. 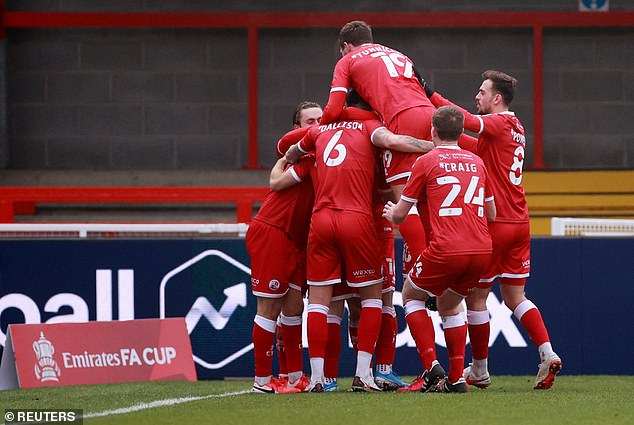 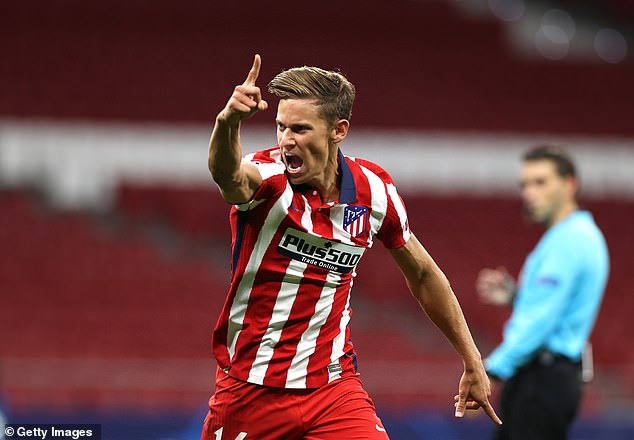 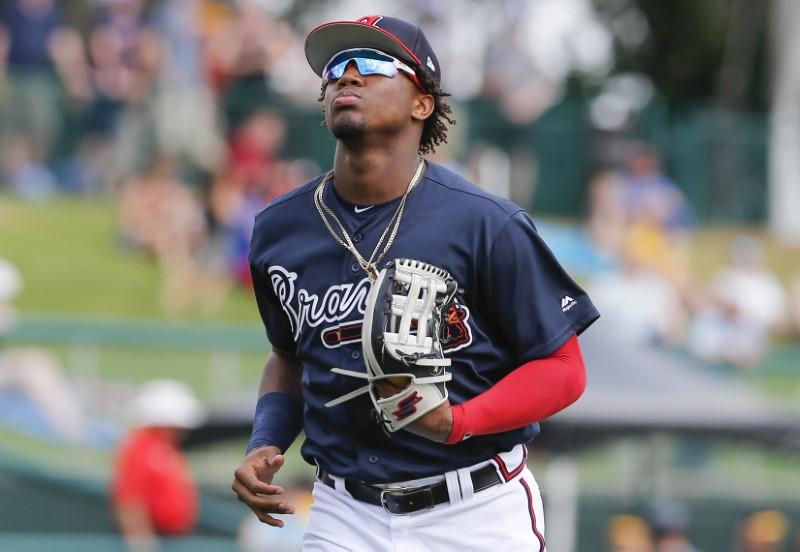 Ronald Acuna Jr. went 3-for-3 with a homer and two RBIs as the Atlanta Braves posted a 5-0 victory over the visiting […]