When Innocent Havyarimana started his soap-making business in Kenya’s Kakuma refugee camp in early 2015, he was trying to move on from the traumatic events that had made him flee his native Burundi a year earlier.

Little did he know that his cottage enterprise would become a major weapon in the fight against coronavirus in one of the world’s biggest settlements of its kind – Kakuma is home to almost 200,000 people.

As soon as the former chemistry student realised the importance of hand-washing in tackling the spread of Covid-19, he lowered prices and started to offer his products in smaller quantities and sizes, to make them more affordable.

“Everyone needs soap but not everybody is able to afford it. So I lowered the prices, as it was more important to protect people than to think of profit,” the 35-year-old tells the BBC.

“I had to increase my production by 75% to meet the demand when the pandemic started, so Covid-19 has been good for my business.

“But I made sure I gave free soap to vulnerable people such as the elderly and the disabled.”

Mr Havyarimana’s initiative has been praised by the UNHCR, the UN’s refugee agency, which often highlights the contribution of refugee entrepreneurs to their host communities.

“The refugees are playing a pivotal role in helping contain the spread of Covid-19 in Kakuma,” Eujin Byun, a spokesperson for UNHCR in Kenya tells the BBC.

“They helped in many ways, from disseminating information about the virus to helping people take the necessary measures.”

‘Looking after each other’

She added that she was not surprised by Mr Havyarimana’s decision to lower prices.

“Refugees are very community-oriented and they will look after each other. They have previously stepped up and helped us do our jobs in situations like that.”

Mr Havyarimana currently employs 42 people in his business, named Glap Industries – short for God Loves All People. The bulk of the workers are refugees but 18 are Kenyans from the town of Kakuma.

Glap supplies local businesses and institutions outside the camp and even relief agencies.

“The agencies buy my soaps to give away to refugees who cannot afford them and for their own staff too,” the Burundian proudly notes.

Mr Havyarimana is not the only local soap merchant, but he does not fear the competition, and in fact offers classes to teach people how to make cleaning products.

“I want to mentor women and younger people so they can have an opportunity to become self-reliant and improve their lives like I did,” he says.

“I want to help the community in any way I can.”

Efforts like his may have helped keep Covid-19 at bay in Kakuma.

The most recent UNHCR figures, dating from 24 December, show that there had been 341 confirmed cases with 19 people under medical care. There have been 10 deaths from the virus.

Political instability and violence have forced more than 300,000 people to flee Burundi to neighbouring African countries in the last decade, according to the UNHCR.

Mr Havyarimana was in the middle of his chemistry studies at the University of Burundi when he left. He says his life was in danger and that he was receiving death threats from relatives of his late mother, who also seized his home.

After arriving in Kakuma, he wanted to make money for himself, rather than relying on humanitarian aid.

‘No idea how to make soap’

The camp sits in an isolated and arid region where the provision of basic services is a challenge for relief agencies.

Exploring the region, Mr Havyarimana noticed there was not a soap factory, which meant that cleaning products had to be brought from elsewhere.

“I had no idea of how to make soap, so I started surfing the web for some knowledge,” he explains.

He later enrolled in a soap-making course offered by the World Lutheran Federation aid agency, and with a loan from a former classmate in Burundi, he started the business alongside two helpers.

He also received grants from relief agencies including the UNHCR and NGOs such as the African Entrepreneur Collective (AEC), which says it has supported more then 18,000 refugee entrepreneurs.

‘Lifeline for the community’

“Innocent’s story shows how refugees can contribute to their host communities in a number of ways,” Julienne Oyler, the AEC’s chair, tells the BBC.

“Camps like Kakuma are so isolated that entrepreneurs like him are a lifeline to basic goods and services at a time of lockdowns and other restrictions.”

A 2018 World Bank study identified over 2,000 businesses in Kakuma and estimated that they contributed more than $50m (£37m) to the local economy every year.

Michelle Richey, a lecturer in technology and entrepreneurship at the UK’s Loughborough University specialising in refugee business ventures, says people like Mr Havyarimana are very import in changing the general perception of refugees.

“The human potential within refugees shows when we give them chances to work instead of just focusing on humanitarian issues,” she says.

“We can help those people have some control of their lives again after all they have been through.”

Starting a thriving business is not the only change in Mr Havyarimana’s life since arriving in Kakuma. In 2017, he married Aline, a fellow Burundian refugee he met at the camp.

They have two sons, and the youngest one, Prince, was born in late November.

Mr Havyarimana speaks with fondness about life in Kenya but he dreams of being resettled in Australia or Canada.

“I like Kakuma a lot, but I want to give my wife and kids a better life,” he says.

In the meantime, Mr Havyarimana is focusing on expanding his ways to help the community, and as well as offering 21 kinds of soap and cleaning products, he has devised a hand sanitiser created from aloe vera grown in a patch just outside his workshop.

“Coronavirus has affected the whole world but for us here in Kakuma, it has made it even more important that we clean our hands in any we can,” he says.

The Kim dynasty propaganda paintings depict alleged atrocities carried out by US soldiers during the 1950-1953 Korean War. They have resurfaced after […] 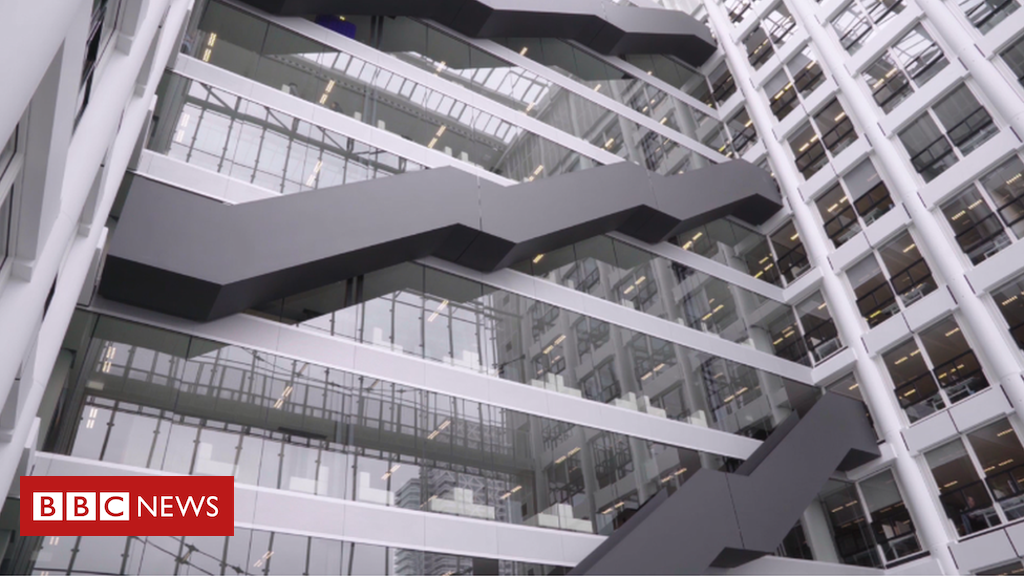 Image copyright www.rijksvastgoedbedrijf.nl Image caption No tea dances during working hours Dutch civil servants have been warned off dancing in their staff […]

Andrei Kelin, Russia’s ambassador to the UK, warned there is “a pretty serious risk” of conflict. Ukrainian President Volodymyr Zelensky has claimed […]