Life has changed a lot even in the handful of weeks since Chorley were drawn against Derby in the third round of the FA Cup. For Jamie Vermiglio, Saturday’s meeting with the Championship club had presented him with an opportunity to stand on the touchline as an equal with Wayne Rooney, a man he grew up a couple of miles apart from in Liverpool.

Covid-19 has scuppered that dream for Vermiglio but the 38-year-old has not had too much time to dwell on that this week, let alone prepare for the biggest day of his football career when the National League North side play in the third round for the first time in their 138-year history.

Vermiglio, who has served Chorley for almost a decade as player, coach and now manager, works as a headteacher in nearby Warrington. The surge in coronavirus cases has caused an outbreak at Derby that means Rooney and his first-team squad will not travel to Lancashire, but Vermiglio has barely had a moment to worry about the game because of the situation facing his school.

“It’s been a very difficult time – mentally draining,” Vermiglio says. “I would have liked to have focused on this game more, but I’ve had to put it to the bottom of my list of priorities, to be honest. I’ve had a lot of late nights worrying about school because we’ve got a duty of care to the local people. That’s been my priority and this has had to take a back seat.”

Vermiglio says of Rooney: “I grew up on Scarisbrick Road in Liverpool, and he was a Toxteth lad, I think. Seeing someone from near where you live do what he’s done, it’s been very inspirational for the local lads in Liverpool. It would have been great to get the opportunity to come up against him with Chorley as equals.”

Derby’s development coaches Pat Lyons and Gary Bowyer will bring a squad of youth and under-23 players to Chorley. Although Vermiglio concedes it is disappointing not to square off against Rooney, he says it presents Chorley with an opportunity to create even more FA Cup history, having eliminated Wigan and Peterborough.

“We’ll probably never have a better chance,” Vermiglio says. “But even if it is their under-18s, with the greatest respect to our players, they should still be favourites. They’re all training full-time and they should be fitter, stronger and all of that. But our lads will fancy our chances.”

The Cup run has reinvigorated Chorley’s push for promotion following relegation last season, but with fans barred – depriving the local community of an unforgettable afternoon in the spotlight – there is a far more important backdrop to Chorley’s exploits.

“I’m not exaggerating when I say it’s saved the club,” Vermiglio says. “We told the players at the start of the season that, with all the uncertainty, we’d commit to paying the wages but they may not get them on time every week. I think it’s a figure close to £250,000 with all the TV revenue, and it’s put us in a very fortunate position compared to some other non-league clubs. It’s been a saviour for us.”

This is new ground for Chorley but they do have Cup experience to call upon. The assistant manager, Andy Preece, scored the winner for Stockport in their shock victory against Queens Park Rangers in 1994, and the goalkeeper Matt Urwin was in the Bradford City squad that beat Chelsea and reached the quarter-finals six years ago.

Victory Park would have been packed on Saturday, and Vermiglio concedes that would have given his side further advantage. Yet despite all the uncertainty and the feeling this tie does not quite have the lustre it should do, some things, it seems, never change. “I don’t know how they’ll feel about our stadium,” Vermiglio says with a laugh. “The changing rooms here were already cold, but with this weather, I wouldn’t want to go and sit on the toilet in there on Saturday. They’ll be freezing.” 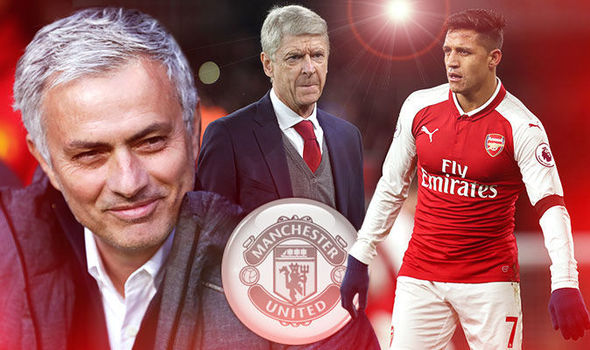 All that is left for United to do now to complete the long-running saga is to agree the transfer with Arsenal. United […] Few countries in the world have a passion for football quite like Argentina — Dybala jokes that “when you are born, first […]

FEEL THE SPARKLE The latest in a long line of fizzy, mood-enhancing, energy drinks – hello Carling, Coca-Cola, Worthington’s and even Milk […]