Another man allegedly showed up in the nation’s capital with an assault rifle and hundreds of rounds of ammunition and told acquaintances that he wanted to shoot or run over House Speaker Nancy Pelosi, prosecutors said.

The revelations are some of the most unsettling details federal prosecutors have made public this week as they detail the extent of the arsenal available to aid pro-Trump rioters who stormed the Capitol. Other individuals have been accused of taking guns and ammunition onto Capitol grounds and more charges are expected to come as a wide-ranging investigation unfurls.

The details about the weapons cache in the pickup truck were contained in federal documents charging Lonnie Leroy Coffman of Falkville, Alabama, with federal offenses. A bomb squad detected the arsenal during the scramble to secure the federal complex after it was overrun by pro-Trump rioters and other bombs around Washington, D.C., were found.

The Department of Justice announced charges against 13 Capitol riot-related defendants on Friday, including a West Virginia lawmaker and a man who entered House Speaker Nancy Pelosi’s office and sat at her desk.

The insurrection on Capitol Hill has shaken the nation’s capital and the descriptions of the charges are adding to a growing understanding of the extremist elements of the crowd.

While Coffman has been arrested and charged with possession of an unregistered firearm and carrying a pistol without a license, Friday’s sworn statement from police provides some of the most extreme allegations yet about the amount of danger around the Capitol building on Wednesday.

After hundreds of pro-Trump rioters pushed through barriers set up along the perimeter of the Capitol, demonstrators eventually made their way into the building and the House and Senate floors were evacuated by police.

Only after pleading from aides and congressional allies inside the besieged Capitol did President Donald Trump release a video urging the rioters to “go home,” while still fanning their baseless grievances about a stolen election.

Coffman, 70, told police he had mason jars filled with “melted Styrofoam and gasoline.” Federal investigators believe that combination, if exploded, would have the effect of napalm “insofar as it causes the flammable liquid to better stick to objects that it hits upon detonation,” according to the court record.

Police also found cloth rags and lighters. The court documents said that those items and the explosive-filled mason jars “in close proximity to one another constitute a combination of parts” that could be used as a “destructive device.”

Coffman had parked his pickup truck at 9:15 a.m. ET on First St SE on the Hill, near the National Republican Club, commonly called the Capitol Hill Club. That building is within a block of a large US House office building and the Library of Congress, according to the complaint. The truck also had a handgun on the passenger seat and an M4 Carbine assault rifle, along with rifle magazines loaded with ammunition, police said.

When police found and searched him about a block away after dusk, Coffman was also carrying a 9mm handgun and a 22-caliber handgun in each of his front pockets, the police complaint said. None of the weapons found in his truck or on his person were registered to him.

Coffman appeared before a federal judge this week, and is being detained at least until his next court appearance on Tuesday. He has not yet entered a plea in court. The federal public defender representing him didn’t respond to a request for comment on the allegations against him on Friday.

Another man came to Washington a day before Trump’s rally with hundreds of rounds of ammunition and an assault rifle and had texted acquaintances that he wanted to shoot or run over Pelosi.

Federal authorities charged the man, Cleveland Grover Meredith Jr., with writing the threats and possessing an unregistered firearm and ammunition, and he is being detained at least until a court hearing next week, according to court documents obtained by CNN and his initial court proceedings on Friday.

Meredith had allegedly sent a text message saying he was thinking of “putting a bullet in [Pelosi’s] noggin on Live TV” and another that said he was headed to Washington with “a s— ton of … armor piercing ammo,” according to court documents. On Wednesday, he also allegedly texted about running over Pelosi. Meredith punctuated his messages with purple devil emojis, and used several slurs for women to refer to the speaker, the police said.

Meredith came into town a day before Trump’s rally, though he had wanted to arrive earlier, the FBI said. He previously had protested outside of the home of Georgia Gov. Brian Kemp, a Republican who is a central figure Trump and his supporters had attacked for confirming President-elect Joe Biden’s vote win in the state.

Meredith had been staying at a Holiday Inn in southwest Washington this week and he let the FBI search his hotel room, phone, truck and its trailer Wednesday evening, the allegations said.

Inside the trailer, agents found three guns — a Glock 19, a 9 mm pistol and an assault rifle — and “approximately hundreds of rounds of ammunition.”

Meredith said he knew he was not supposed to have firearms in the city, which has strict gun laws, so he moved them to the trailer, the complaint said. The FBI said in its arrest warrant documentation that it would be performing a full search on the trailer.

In all, 13 people are facing federal charges stemming from the riot, the Justice Department said Friday.

The full court records have not yet been made available for all defendants and only a handful of the individuals have made court appearances. In addition to those who have been charged, the Justice Department said that additional complaints “have been submitted and investigations are ongoing.”

Hoffman is not the only person who now faces weapons charges. Christopher Alberts, of Maryland, was accused of wearing a bulletproof vest and carrying a handgun and 25 rounds of ammunition on Capitol grounds.

“The lawless destruction of the U.S. Capitol building was an attack against one of our Nation’s greatest institutions,” said acting US Attorney Michael Sherwin in a news release Friday.

“My Office, along with our law enforcement partners at all levels, have been expeditiously working and leveraging every resource to identify, arrest, and begin prosecuting these individuals who took part in the brazen criminal acts at the U.S. Capitol.”

Steven D’Antuono, assistant director in charge of the FBI’s Washington field office, explained: “Just because you’ve left the DC region you can still expect a knock on the door if we find out you were part of the criminal activity at the Capitol,”

“The FBI is not sparing any resources in this investigation,” he said, noting that agents from all 56 field offices are involved in the investigation combing through videos, social media posts and tips from the public.

“Today’s charges are just the start of the results of the extensive work done by the FBI and our partners for the past few days, and we are far from done,” D’Antuono added.

That message was echoed by Ken Kohl, the second highest-ranking official in the US attorney’s office for DC, who said Friday, “We literally have hundreds of prosecutors and agents working from three command centers on what is really a 24/7 operation.”

He added, “The department will spare no resources in our efforts to hold all these people accountable. It’s going to be something that we’ll continue to work on in the coming hours, days, and weeks as we pursue this investigation.”

Among those facing federal charges is Richard Barnett of Arkansas, who was photographed sitting at House Speaker Nancy Pelosi’s desk during Wednesday’s riots. Federal authorities say he was taken into custody Friday morning in Little Rock.

Barnett, who is known as Bigo, was charged with knowingly entering or remaining in restricted building or grounds without lawful authority, violent entry and disorderly conduct on Capitol grounds as well as the theft of public property, according to a criminal complaint.

It was not immediately clear whether Barnett has an attorney.

When asked, Jenkins did not provide the name of the facility that Barnett was transferred to.

Authorities say Barnett was caught on video surveillance entering Pelosi’s office area around 2:50 p.m. ET with an American flag and cellphone, and leaving six minutes later with only his cellphone.

Barnett was photographed with his boot propped on Pelosi’s desk and the flag draped nearby.

He later spoke with media outlets and was captured on video holding an envelope from Pelosi’s office. Barnett told the reporter, “I did not steal it.” He said he bled on the envelope and “put a quarter on her desk,” according to court filings signed by a special agent with the Capitol Police Department.

Even as more arrests are made in connection with the breach of the Capitol, lawmakers say they are perplexed at the lack of preparedness among law enforcement given that it had been known for weeks that Trump was promoting a rally he said was aimed at preventing the certification of Joe Biden’s win.

In response, US Capitol Police Chief Steven Sund is resigning. He said in a statement Thursday that Capitol Police and other law enforcement officers were “actively attacked” with metal pipes and other weapons.

“They were determined to enter into the Capitol Building by causing great damage,” Sund said.

“The violent attack on the U.S. Capitol was unlike any I have ever experienced in my 30 years in law enforcement here in Washington, D.C.,” he added. “Maintaining public safety in an open environment — specifically for First Amendment activities — has long been a challenge.”

Beyond just arrests, multiple rioters who were at the Capitol are being identified through images and video on social media, and some have lost or left their jobs because of it.

Direct marketing company Navistar, for example, announced that an employee had been terminated after he was photographed wearing his company ID badge inside the breached Capitol.

“While we support all employees’ right to peaceful, lawful exercise of free speech, any employee demonstrating dangerous conduct that endangers the health and safety of others will no longer have an employment opportunity with Navistar Direct Marketing,” the company said in a statement provided to CNN.

This story has been updated with additional information Friday. 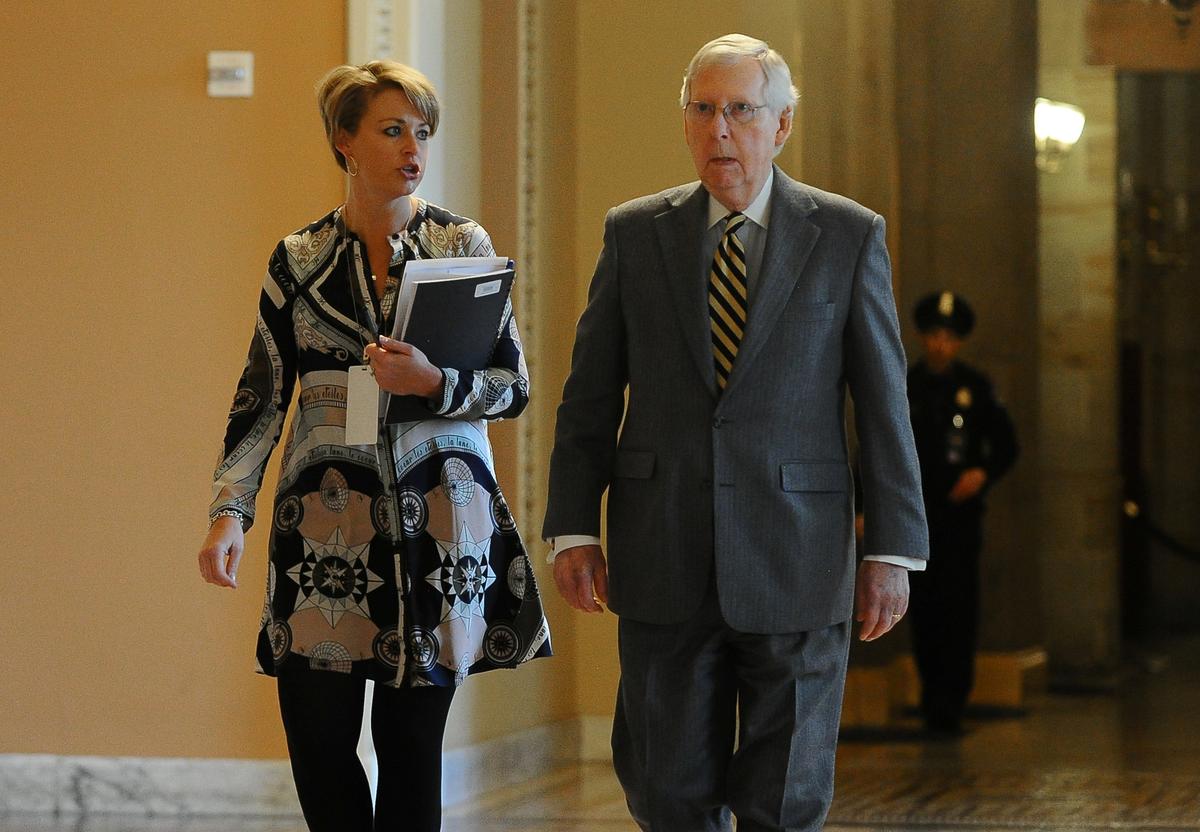 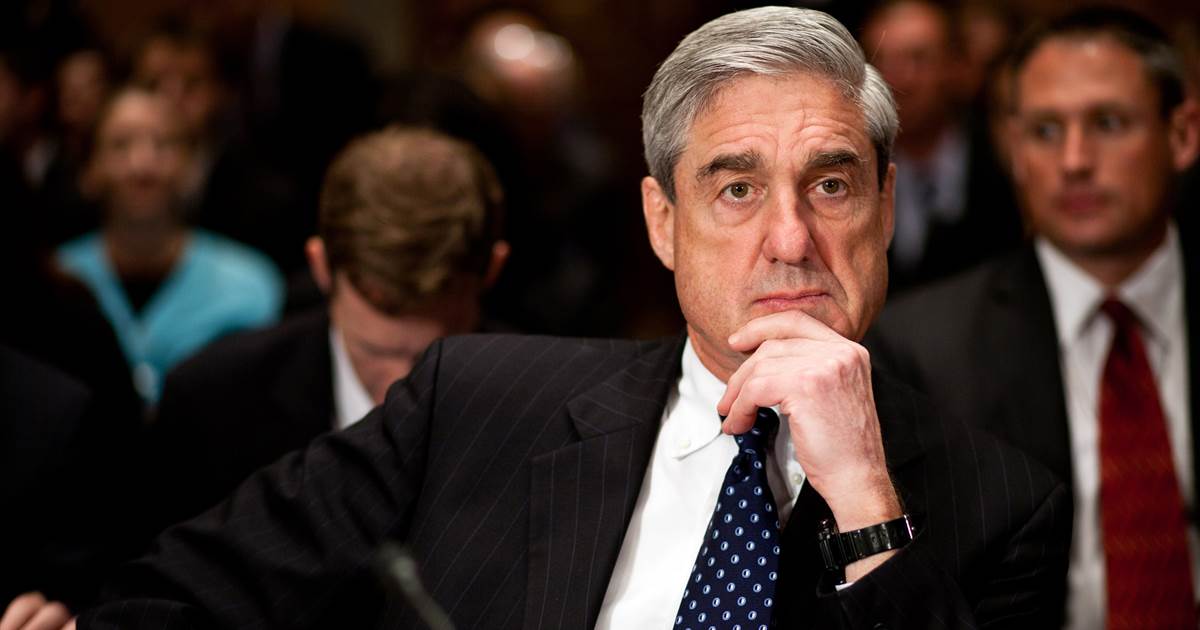 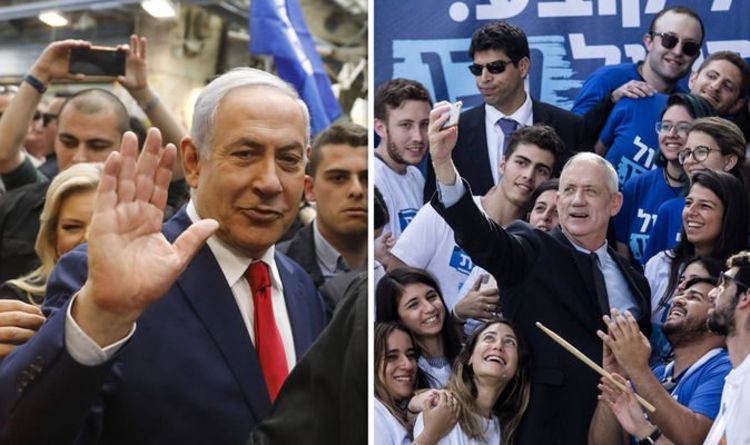 Millions of Israelis are at the polls in the country’s first general election since 2015. Prime Minister Benjamin Netanyahu, 69, is seeking […]

BRASILIA (Reuters) – Brazil’s government has chosen Andre Brandao, head of global banking and markets for the Americas at HSBC in the […]