When Dead By Daylight released in 2016, it was received as an outrageously silly Halloween romp, a game to enjoy with friends who wanted to indulge in a brief, terrifying blood orgy before migrating to other, more refined multiplayer experiences. The premise is simple: Four players take the roles of survivors stuck in a ghastly, Saw-like bloodsport, repairing generators to power an exit gate before hightailing it to safety. The fifth player is a killer, either adopted wholecloth from a prominent horror franchise or heavily inspired by one. The killer’s job is to prevent the survivors from escaping, impaling them on ghastly meathooks and leaving them for a mysterious eldritch force known only as The Entity. It’s pure camp—a cinematic murder simulator—that delivers gauche slasher glee. What I don’t think anyone saw coming was for Dead By Daylight to mature into one of the best cooperative and competitive multiplayer experiences around.

In the five years since Behaviour Interactive released Dead by Daylight on Steam, the game has developed razor-sharp mechanical intrigue, an ultra-complex web of versatile builds and strategies, and a diverse suite of characters, each equipped with relative strengths and weaknesses. What was a comedy-horror romp mutated into something much closer to League of Legends and Dota 2 in terms of depth. It may be bewildering to consider that hardcore players can spend months scrutinizing the relative power-level and optimization path for Ghostface from Scream, but that’s where Dead By Daylight finds itself at the beginning of 2021: an esports-worthy venture hosted by Freddy Kreuger, Bubba Sawyer, and Michael Myers.

Dead By Daylight launched with three distinct killers and a quartet of survivors. Their unique abilities oozed with character—The Hillbilly, for instance, can rev up his chainsaw into a murderous sprint—but the inflexibility of the roster ensured that the gauntlet played out in predictable ways. Nobody likes a villain who never alters their devious plan, right? But as of this writing, Dead by Daylight includes 22 killers and 24 survivors, each of whom offer radically different toolkits.

Load up a match against The Huntress, a killer in a bloodstained bunny mask, and expect to dodge the twirling hatchets that she can chuck across wide swathes of the battlefield. Or perhaps you will face off against the famous Pyramid Head—yes, that one, from Silent Hill—who can banish his prey to Cages of Atonement, which are particularly annoying to escape.

Players outfit their selected characters with complex perks and inventory add-ons—reducing cooldowns, boosting the effectiveness of certain abilities, guaranteeing that there will always be one last trick up your sleeve—which form a phalanx of calculated meta decisions in the game’s most ardent community. It is not uncommon to see a player recognizing a tough matchup in their team comp against the ordained killer, and utilizing a reagent to juice the odds of the game selecting a certain map that they deem to be unfavorable for the opponent. This is the jostling, hedging, and pre-match sizing up of an uber-competitive MOBA or FPS, somehow filtered into a beer-and-pretzels horror game.

Why review it now?

Waiting nearly five years to review a game is a little unusual, but Dead by Daylight has only become more relevant since it launched in 2016, evolving into one of the best multiplayer games you can play today. The only thing stopping us from examining that evolution in a (very late) scored review was convention, and DBD’s enduring popularity made bypassing convention an easy decision.

This isn’t the first time we’ve revisited an older game with a new review. Back in 2018, we re-reviewed a selection of games that had likewise evolved over time, including Hearthstone and EVE Online.

If you’ve never played Dead By Daylight, this might feel like overkill to you. It’s easy to be exhausted by what we’ll call “progression creep” in modern gaming. Every time we boot up something new on Steam, we’re thrown into a morass of reedy systems—multiple in-game currencies piling up in the top-right corner of the screen, daily log-in bonuses exploding in the menu, flash sales glistening in the store—that can make the days before the MMOification of everything seem especially sweet. To be sure, Dead By Daylight is weighed down by some managerial heft—there are multiple experience tracks, unlocks, and talent trees to attend to—but I also believe that it earns the weight. The game has developed the ability to reward its minmaxing fussiness; that League of Legends-ish obsession to mess around with the Runes for hours before delving into Runeterra.

The importance of all of those subtle choices becomes abundantly clear once you start playing against people who actually know what they’re doing. Dead by Daylight in its lowest tiers is charmingly rougish: a bunch of survivors running around like chicken with their heads cut off, and bumbling killers who can’t land a hit with their machete to save their lives. But then, after climbing the MMR, the true intricacies in Behaviour’s design reveal themselves.

The Killers, dastardly and ruthless as they are, play from the first-person and are saddled with limited fields of vision. Clever survivors, who are all equipped with third-person cameras, know that the best way to evade them is to find what the community calls a “loop”—a structure or clutter on the map that allows the players to hop through windows and dart back around through open doors over and over again without ever running into a dead end. The killer chases them through that loop in vain, realizing that for all their might, they will always be just out of reach. Eventually, killers attain the mechanical deftness to use those loops to their advantage. “She thinks for sure I’m going to chase her through the door again. What if I instead feint like I’m headed that way, but instead turn around and grab her when she jumps through the window?”

Dead By Daylight is full of little mindgames like that—akin to Street Fighter and Tekken, where victory is claimed by an innate understanding of what your opponent thinks you’re going to do. It’s at its most invigorating after a long series of counterpunches, stacking up to the ceiling, until one player bungles their movement or lands a decisive blow. There’s scarcely a more satisfying sensation on PCs right now.

It’s funny: Dead By Daylight remains a horror game, and there is still a paranoid thrill to skulking around the marshlands and repairing generators, but the more you learn its systems, the less scary it gets. High level players have simply gotten too good, and aren’t playing it like it was played back in 2016.

I’ll give you an example. In every round, survivors will find certain corridors equipped with a wooden palette. They can throw that palette down in the middle of the killer’s pursuit, impeding their progress and even stunning them in their tracks if the timing is right. It’s a smart quirk, and it fits Dead By Daylight’s inspiration perfectly. But oftentimes, I see survivors camped out in front of palettes, staring directly at their stalker, waiting for them to cross the invisible line so they can drop it on their head. Boom. They teabag a few times before disappearing off into the darkness. It’s a smart strategy, mechanically speaking, but it possesses none of the fear that Dead By Daylight initially invoked.

Similarly, killers can specifically target one survivor over and over again in order to eliminate them from the game, reducing the numbers disadvantage as early as possible. Again, a sound approach, but not one that feels reverent of the source material. If you were pulling the same cheese in a tabletop RPG, you’d earn a sharp reprimanding from your dungeon master for ruining all of the fun.

What you get depends on who you’re playing with, and that’s part of the beauty of Dead By Daylight and its knotty legacy. For as much praise as I’ve heaped on the competitive scene’s exhilarating cat-and-mouse dynamism, the game is equally enjoyable among a bunch of idiot friends—people who might be playing for the first time—who only want to run away from Leatherface on a Saturday night. In that case, the loftiness of Dead By Daylight’s game-theory intrigue becomes a distant afterthought, and the only thing that matters is the hushed tones between you and your brother as you slip by a murderer undetected.

I can’t think of many other games that possess both sides of that dichotomy. League and Overwatch are far too steeped in stately precision to ever be charitable to bad play, and it’s impossible to bring a newcomer into Dota 2 without first forcing them to watch an hour-long tutorial video. Dead By Daylight, on the other hand, brilliantly has it both ways, never abandoning its gory slasher flick joys while still laying claim to a rich competitive environment. It’s both Halloween pastiche and Hereditary psychodrama. That, my friends, is a blockbuster. 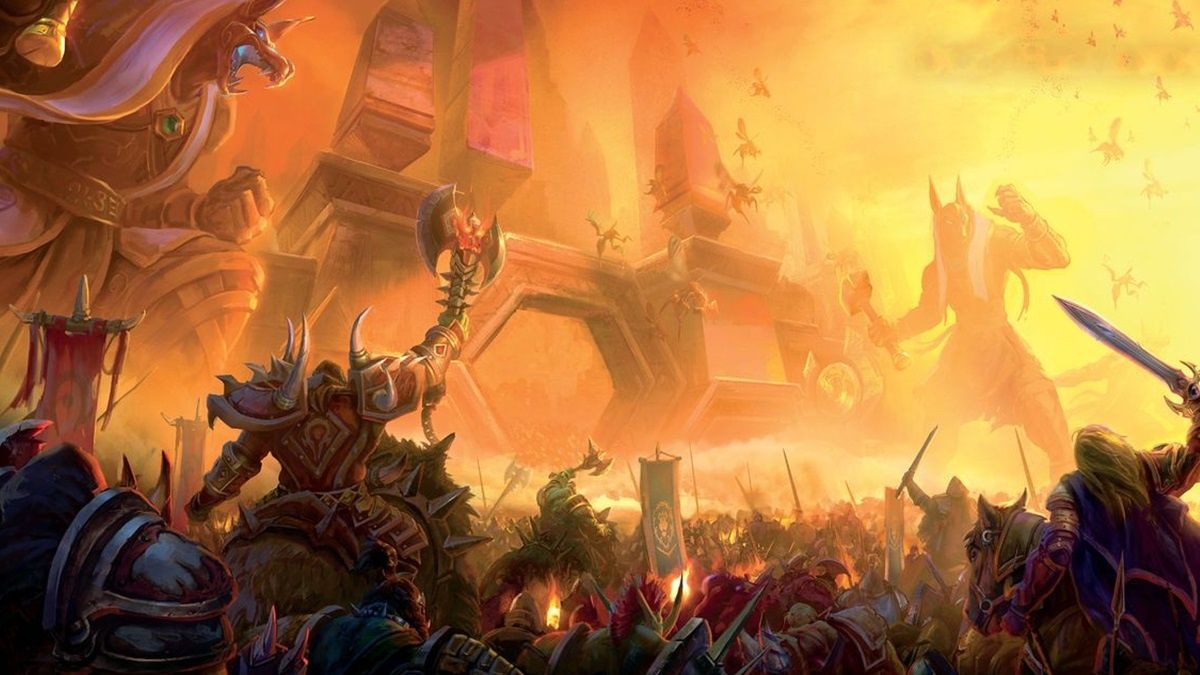 For the past week, World of Warcraft Classic’s hardcore guilds have been racing to be the first to open the Gates of […] 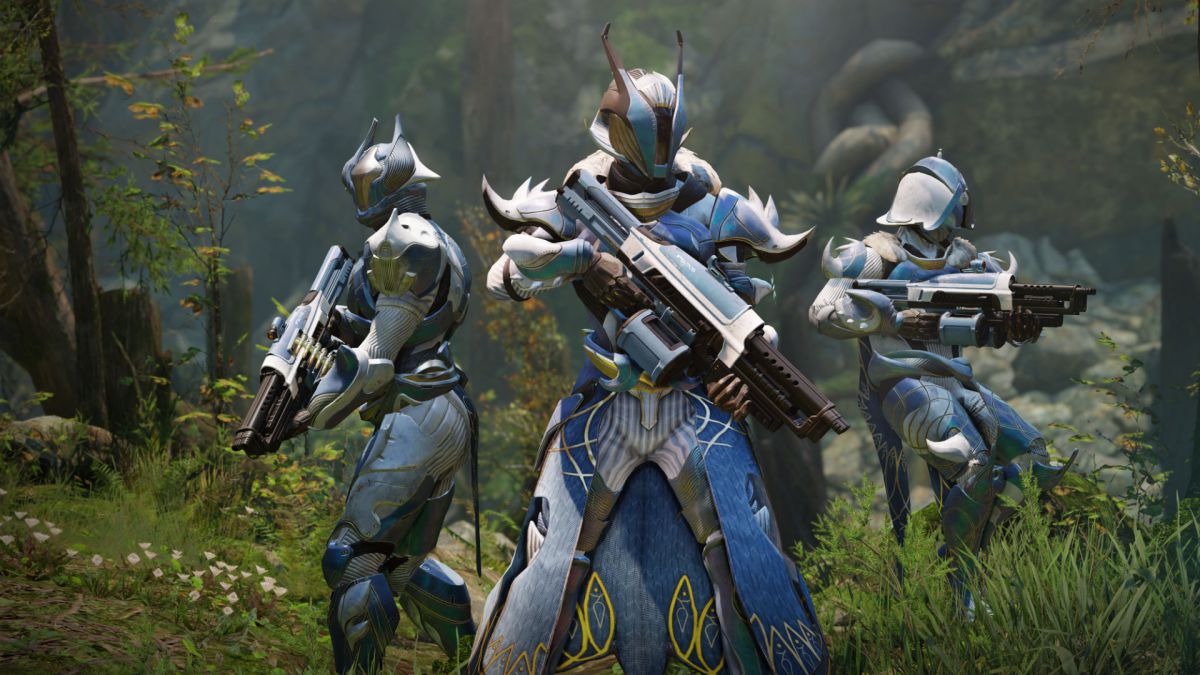 Two of Destiny 2’s most coveted ‘pinnacle’ weapons are now easier than ever to earn, although that still doesn’t make them accessible […] 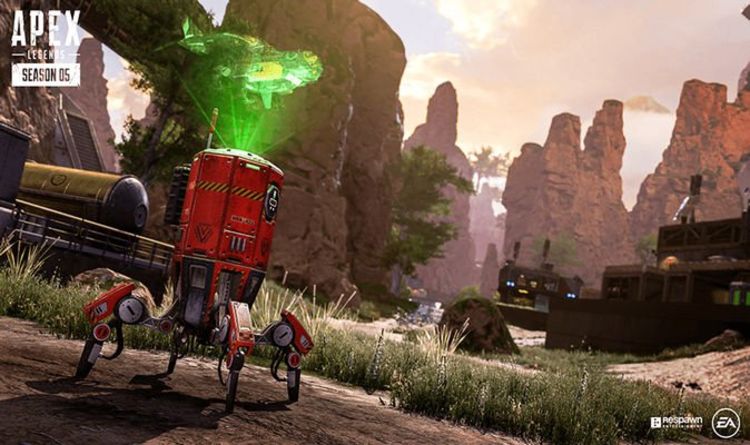 A Big Apex Legends update is being released this week, which will include the new Lost Treasures event. Developers Respawn Entertainment revealed […] 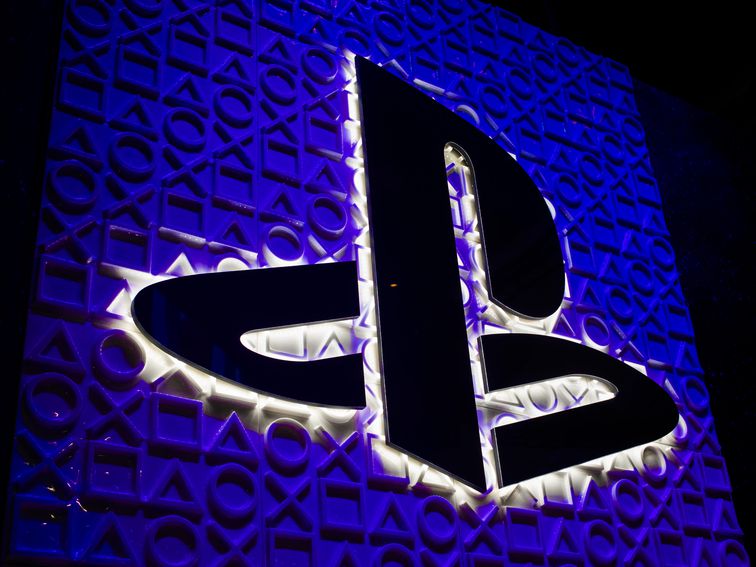 Sony had been expected to unveil details on its upcoming PlayStation 5 during GDC. James Martin/CNET After the cancellation of Mobile World Congress […]