Rally that bucks the gloom: Markets have defied conventional wisdom amid the turmoil in Washington, says ALEX BRUMMER

The bizarre juxtaposition of the US Capitol invaded and trashed and share indexes on both sides of the Atlantic hitting fresh highs looks inexplicable.

Conventional wisdom is that the bigger the political uncertainty the worse it is for equity prices.

The current exuberance shows a willingness of investors to look over the hill to the sunny uplands. 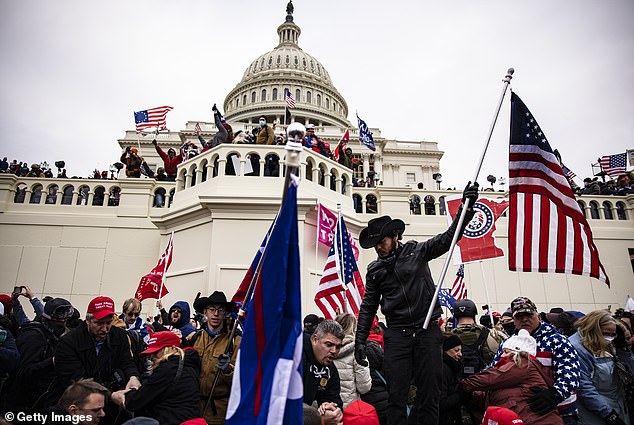 Mob rule: Pro-Trump supporters storm the US Capitol building on Wednesday. But the crisis in Washington has not stopped share indexes rising on both sides of the Atlantic

With the Democrats now in flimsy electoral control of the Senate, House of Representatives and the White House, the consensus is that the era of fiscal laxity is here to stay.

Goldman Sachs predicts a further $750billion (£548billion) of fiscal stimulus with helicopter cheques, signed by Joe Biden, going out to every household in the first quarter.

The broker-dealer is revising up its growth forecast for 2021 to 6.4 per cent from 5.9 per cent against a consensus view of 3.9 per cent.

The combination of fiscal stimulus together with the Federal Reserve’s forward guidance – it will continue with bond buying until such time as the jobless rate has been brought down sharply – suggests that cavalier printing of money across the globe is set to continue.

In much the same way as the markets are brushing aside the troubling autocratic forces unleashed by Donald Trump, so they have chosen to ignore other counter intuitive signals.

It is rarely the case that all asset classes – shares, bonds and exotics such as bitcoin – move in lockstep.

But with the Dow Jones above 31,000, the FTSE 350 reinvigorated by post-Brexit and vaccine optimism and bitcoin trading at the extraordinary price of $37,000, markets continue to bubble away.

Only the US bond market is showing an element of caution, with interest-rate yields on 10-year stock climbing to above 1 per cent. By historic standards that does not represent a warning.

The difficulty is that when things look too good to be true they probably are. The late great JK Galbraith referred to the ‘bezzle’, which occurs when markets become overheated when buying stocks on margin (borrowed money) gets out of hand. He might recognise the dangers lurking in the corporate debt markets.

Nobel prize-winning economist Robert Shiller recently focused on the power of narratives to drive asset prices and argues that it is the mysterious origins of crypto-currency which boosts bitcoin.

Meeting the challenge of the pandemic and avoiding a rerun of 1929 or the financial crisis has given central banks and governments the licence to open the spending and monetary spigots in an unprecedented way.

In the investment stampede risk, economic, fiscal and political is brushed aside.

But one should never forget the advice of 65 years ago from former Federal Reserve chairman William McChesney Martin. When the party is really warming up, it is time to take away the punchbowl.

Among the mitigating circumstances offered by Bank of England governor Andrew Bailey for the London Capital & Finance (LCF) fiasco is the large number of firms, some 60,000, for which he was responsible when chief executive of the regulator, the Financial Services Authority.

A key response of the FCA to Dame Elizabeth Gloster’s devastating report on the LCF collapse was the pledge to add big data and AI skills at the FCA in the belief it might help spot future scandals.

The FCA’s latest warning is that up to 4,000 financial firms face potential failure as a consequence of the pandemic.

It illustrates how important it is to acquire the tech and people urgently. It is worrying that many of the weakest firms are small scale insurers, loan companies and investment advisers which are likely to be high street outfits selling services to vulnerable consumers. Scary.

The rise of B&M, the brilliant no-frills retailer built by brothers Simon and Bobby Arora, is an inspiring entrepreneurial story of our time.

After a stonking third quarter, the chain is projecting underlying profits of £540million to £570million for the full year.

To celebrate it is proposing a special 20p per share dividend gifting the founders £30million.

What a pity, however, that HMRC and society likely will not benefit because of offshore tax arrangements.

How inspiring it would be if the Arora brothers did the right thing in Britain’s hour of need and brought their wealth home. 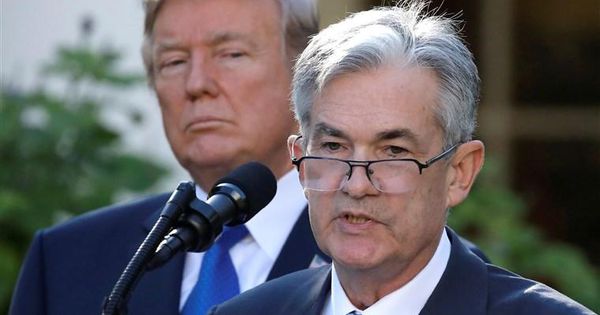 President Donald Trump looks on as Jerome Powell, his nominee to become chairman of the U.S. Federal Reserve, speaks at the White […] 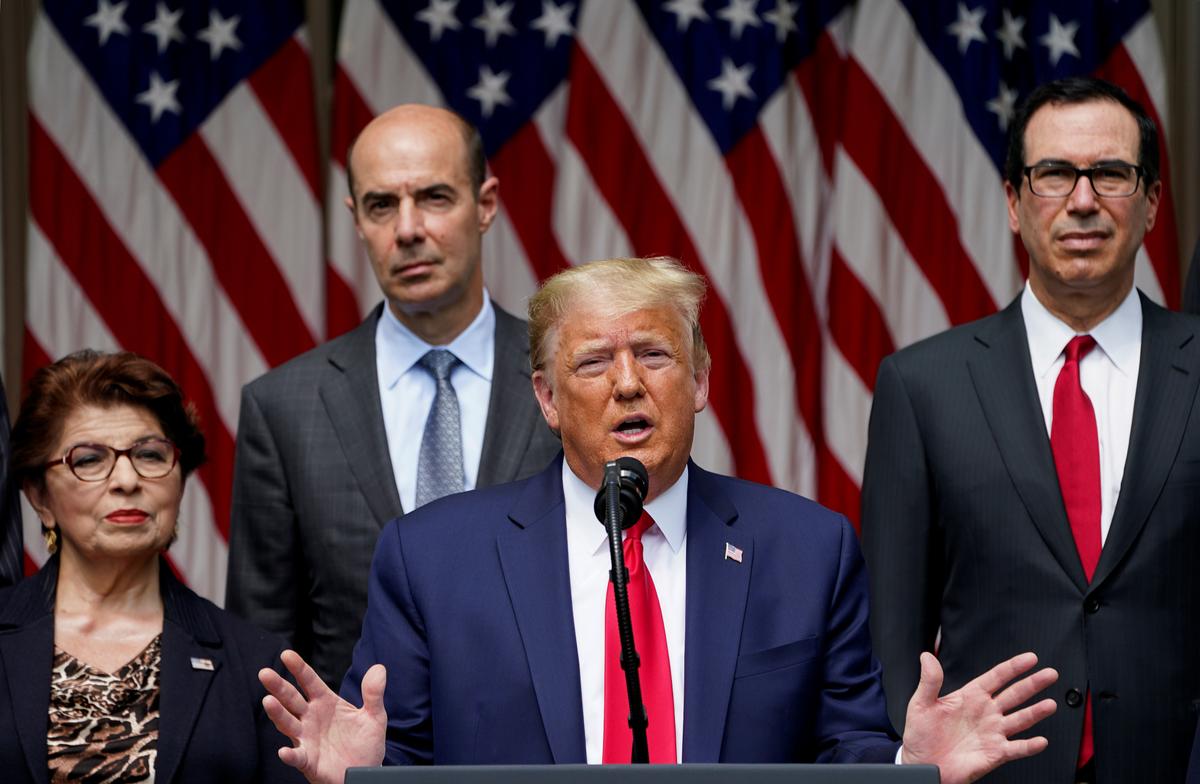 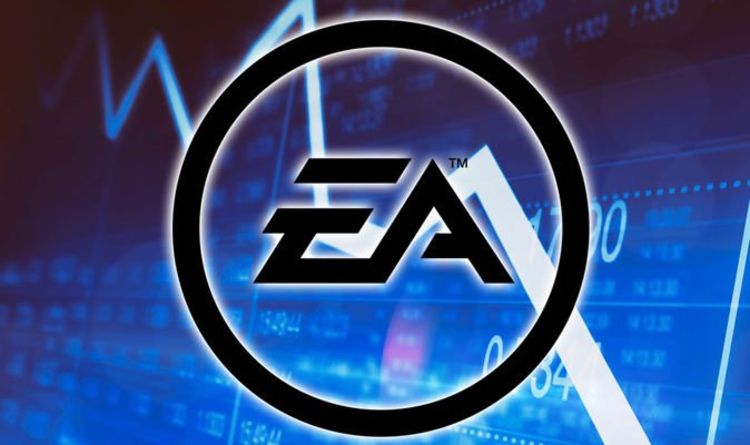 EA SERVERS DOWN – UPDATE ONE: The EA Help Twitter has responded to reports of server issues with FIFA 19, Apex Legends […] 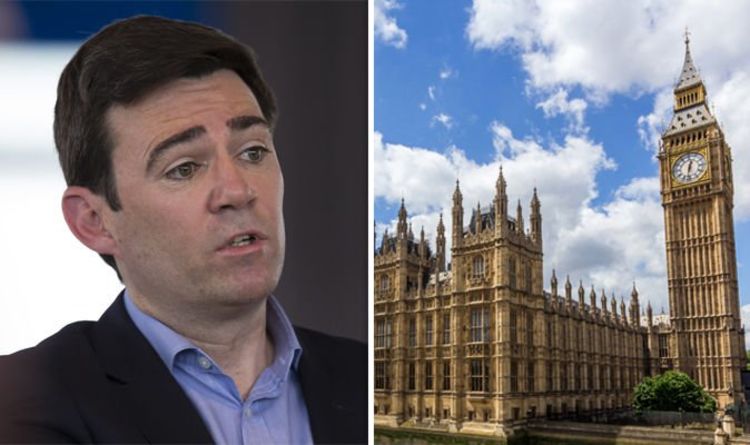