Reporting for this story was supported by a journalism grant from the Thakur Family Foundation, which has not influenced the contents of this report.

India’s drug regulator approved two COVID-19 vaccines on 3 January, a decision prime minister Narendra Modi hailed on Twitter as “a decisive turning point to strengthen a spirited fight!” against the pandemic and a testament to the Indian scientific community’s self-reliance. But some scientists and patient advocates are sharply critical of the move—in particular the decision to greenlight Covaxin, a vaccine developed in India by Bharat Biotech, without awaiting the results of a phase III trial to determine efficacy and safety.

At a Sunday press conference, the Drugs Controller General of India, V G Somani, said that even though Covaxin’s efficacy study is still recruiting participants, he was approving the vaccine as “abundant precaution,” in case it was needed to curb the spread of a highly-transmissible variant of SARS-CoV-2 first found in the United Kingdom. Somani said it and the other vaccine, the Indian version of a vaccine developed by the University of Oxford and AstraZeneca, were approved for “restricted use” in an emergency situation and that their manufacturers would have to continue the clinical trials they have begun.

The approval of a vaccine without phase III data is “unconscionable,” says Vineeta Bal, an immunologist at India’s National Institute of Immunology. It also seems to ignore guidelines from the Central Drugs Standard Control Organisation (CDSCO), the authority helmed by Somani, which stipulate that vaccine makers must show a minimum efficacy of 50% in a phase III trial for their vaccines to be approved, says Gagandeep Kang, a microbiologist at the Christian Medical College in Vellore and a board member of the Coalition for Epidemic Preparedness Innovations. “They provided the guidance and then went again their own guidance,” Kang says “I don’t know what made them do this.”

The AstraZeneca-Oxford vaccine, produced by the Serum Institute of India (SII) under the name Covishield, is backed by phase III data from studies in Brazil and the United Kingdom.  But its approval was rushed as well, says the All India Drug Action Network (AIDAN), a patient rights group. CDSCO guidelines required SII to carry out a “bridging study” showing that its vaccine can elicit an immune response comparable with the original AstraZeneca vaccine in the Indian population; a panel of experts advising the CDSCO recommended that Covishield’s approval be conditioned on its results.  Experts say such a trial is necessary because certain vaccines, like those against polio and typhoid, have proven less immunogenic in Indians than in western populations. But the data from SII‘s study have yet to be analyzed fully, and the company did not respond to queries from Science.

The Indian Ministry of Health and Family Welfare has said that it plans to inoculate one-fourth of the country’s population, starting with healthcare and other frontline workers, by August 2021. SII’s vaccine is expected to play a key role in this program; the company has promised to supply 100 million doses per month by February. Covaxin, meanwhile, is expected to be a “backup,” to be deployed if India faces a surge due to the U.K. variant, Randeep Guleria, a member of India’s National Task-force on COVID-19, has said.

But if that’s the case, it isn’t clear why the drug regulator was in such a rush to approve Covaxin, critics say. Bharat Biotech first applied for regulatory approval in the first week of December, less than a month after it began enrolling participants for its phase III trial. Recruitment for that study has been slow; the company says it has so far enrolled 22,500 of its target of 25,800 participants, and 6000 have received two shots. (It’s not clear if that includes placebo recipients as well.) That means the company hasn’t even reached a point yet where it can do an interim efficacy analysis.

At a Monday press conference, Bharat Biotech’s chairman and managing director, Krishna Ella, said emergency approvals of COVID-19 vaccines before phase III data are not unusual; he cited Russia’s Sputnik V and the vaccine developed by China’s Sinopharm, both of which have been administered widely based on animal studies and phase I and II data. He emphasized that all vaccine recipients would be monitored for safety—as is true for fully licensed vaccines as well. But he shrugged off safety concerns, arguing that unlike the messenger RNA vaccines produced by Pfizer/BioNTech and Moderna, Bharat Biotech’s approach–an inactivated whole virus–has a long history of safe use. Efficacy data from a challenge study in rhesus macaques and immune responses in a human phase II trial suggested the vaccine was likely to be very effective, he added.

Do we really need such rushed decision-making?

But Kang says that despite the tried-and-true technology, there are questions about Covaxin’s safety. Its adjuvant—an ingredient that bolsters the immune response—is a combination of aluminum hydroxide and an imidazoquinolinone that has never been used in approved vaccines. “I don’t think anyone can guarantee it won’t cause any adverse effects when tens of thousands of people get the vaccine,” she says. The company also can’t rule out that the possibility that the vaccine makes the disease worse instead of protecting from it, a rare phenomenon seen with a few other vaccines. And most importantly, scientists can’t yet reliably predict a vaccine’s efficacy based on the immune responses measured in a phase II trial.

Some have speculated that the Indian drug regulator was under political pressure to approve a locally developed vaccine quickly. An expert committee advising the CDSCO recommended Covishield’s approval on 1 January; when it was deliberating whether to do the same for Covaxin the next day, a member of India’s ruling Hindu nationalist party tweeted that he was shocked to learn that an English vaccine had been approved while a homegrown vaccine lay “in the ditch.”

Scientists worry that CDSCO’s haste could hurt public trust. “If this vaccine gets forced on health care workers, who are at high risk of infection, it’s a bit like cheating them,” Bal says. And the situation in India is not bad enough to skip phase III trials, some argue. The number of confirmed current cases in the country has been declining for three weeks and is now below 250,000. Whether the U.K. variant will cause a massive second wave remains to be seen, says Jacob John, an epidemiologist at Christian medical College, Vellore. “Are these uncertainties worth rushing a vaccine that is not fully characterised?” he asks. “It would have been if the risk was high, but now?”

Covishield may be less of a gamble. It has been shown to have an average efficacy of 70% in an interim analysis of pooled results from two phase III trials—although the resulting data leave several questions unanswered—and has been authorized for use in the United Kingdom and Argentina. (Another phase III study in the United States is ongoing.)

SII designed a study to compare Covishield’s immune response to the AstraZeneca vaccine’s in 400 Indians, while testing the safety of Covishield in 1200. The interim analysis was apparently enough to satisfy CDSCO, although the results have not been made public, and it is unclear how many people the interim analysis involved. It’s another example of the Indian regulator “making rules and breaking them,” Bal says. “Do we really need such rushed decision-making?”

Earth is the only planet we know has life, but it might not be the best one – a thicker atmosphere and […] 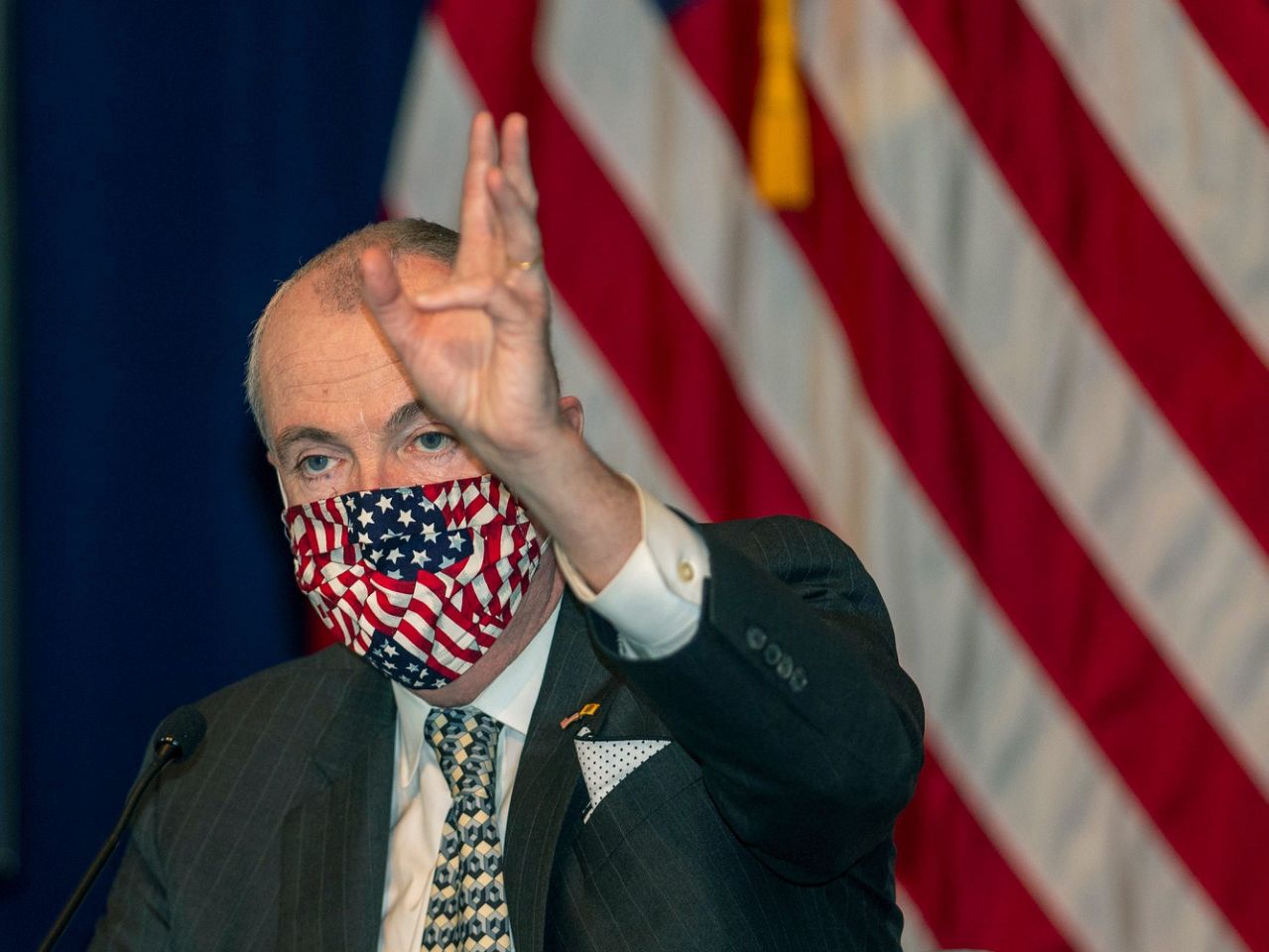 President Trump raised new questions about his Administration’s commitment to the response and recovery of Puerto Rico Thursday, when he highlighted the […] A Full Moon is set to peak this weekend, known as a Snow Moon as it comes in the wintery month of […]