Four-month-old girl dies after puppy ‘lies on her’: Father makes frantic 911 call saying ‘my baby’s not breathing’ after finding family dog on top of her at Ohio home

A four-month-old baby died after her father woke from a nap to find found their puppy lying on top of her on New Year’s Eve.

In a chilling conversation with the emergency dispatcher, the father begged for help as he explained ‘my baby ain’t breathing’. 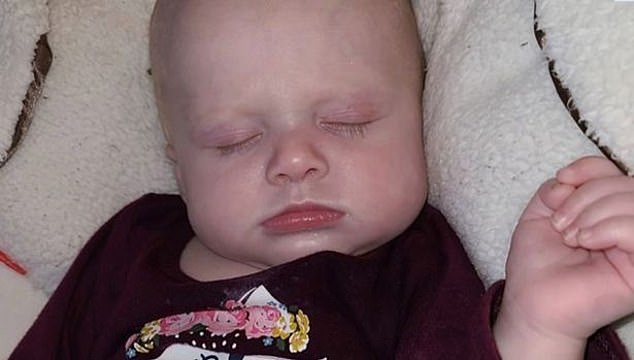 Four-month-old Raelynn Larrison (pictured) was found unconscious with a puppy lying on top of her by her father on New Year’s Day at their home in Dayton, Ohio

Her father called the emergency services at 7pm pleading for them to rush to his house to help his baby, The Mirror reports.

He said: ‘The puppy was lying on her and I just now noticed it.’

After waking up from a nap he realised the dog, the breed of which has not been released, was lying on the unconscious child.

It is not clear whether the dog had attacked her and an autopsy is scheduled to take place but neighbor Lonnie Napier told WRGT reporters the dog is ‘big’.

‘God bless that child and I hope they get that dog taken care of one way or another, so it won’t injure anyone else,’ he added.

During an interview with local reporters, he said the dog had escaped from the home before. 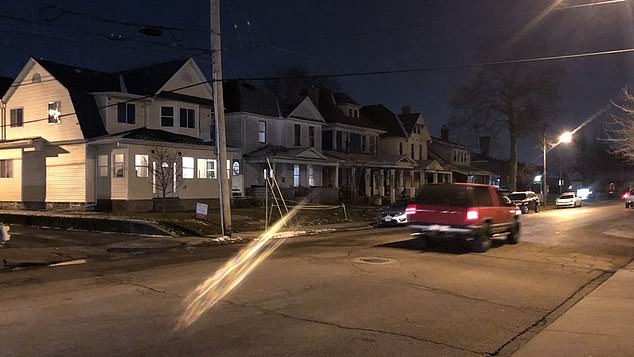 The father called 911 and pleaded with the emergency dispatcher to send help quickly as he explained ‘my baby ain’t breathing’. Pictured: The street where the family live in Dayton, Ohio

The infant’s cause of death has not yet been released as police continue to investigate. No arrests have been made.

Raelynn’s family has set up a GoFundMe page to raise money for her funeral expenses.

‘Please help in any way you possibly can so that we can lay this beautiful girl to rest.’ 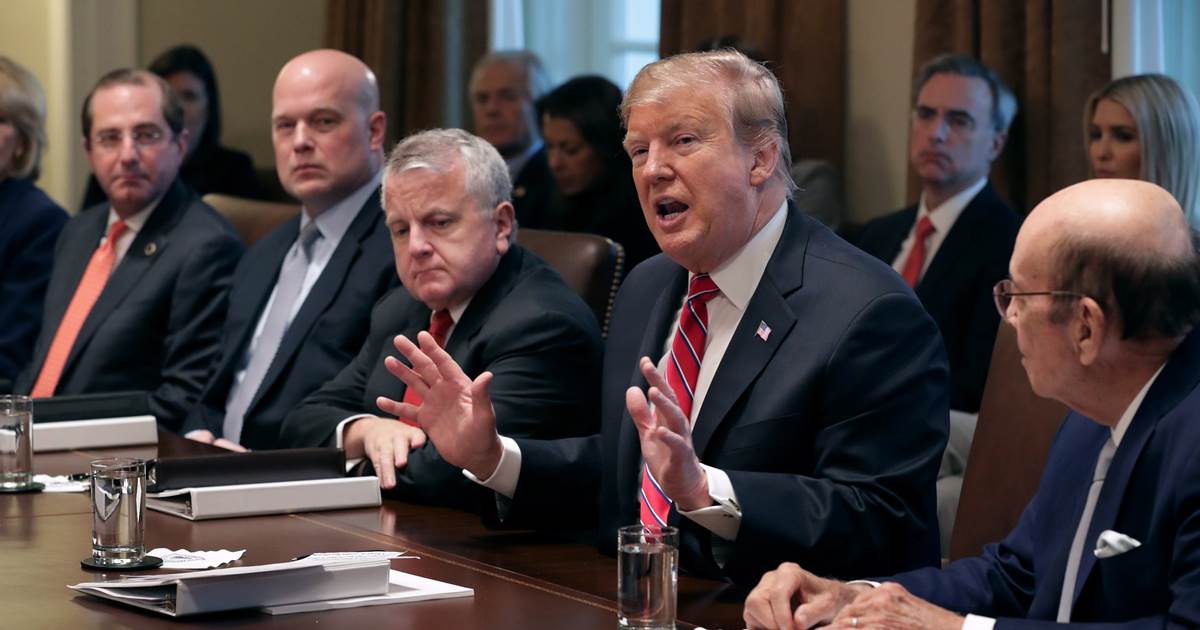 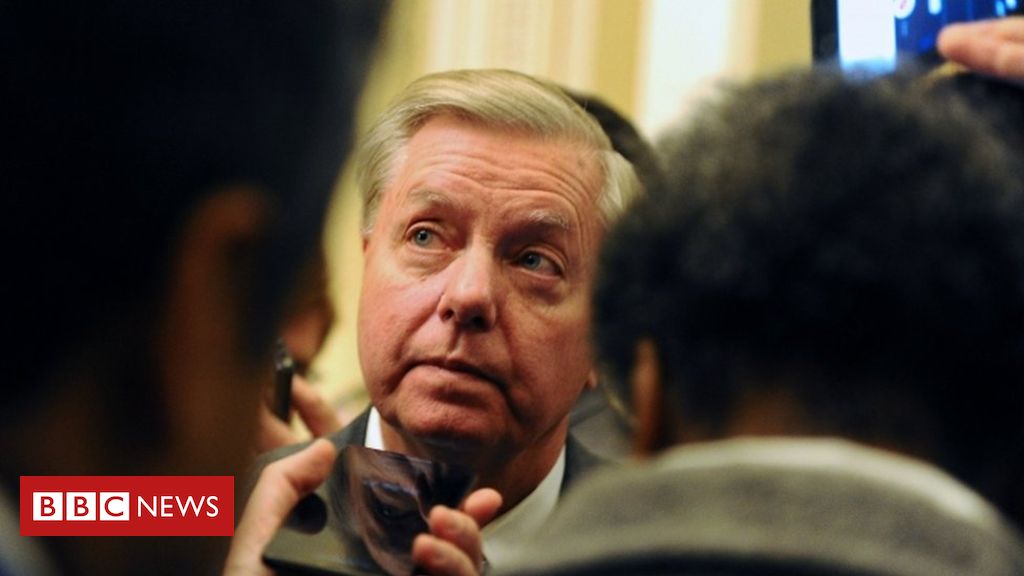 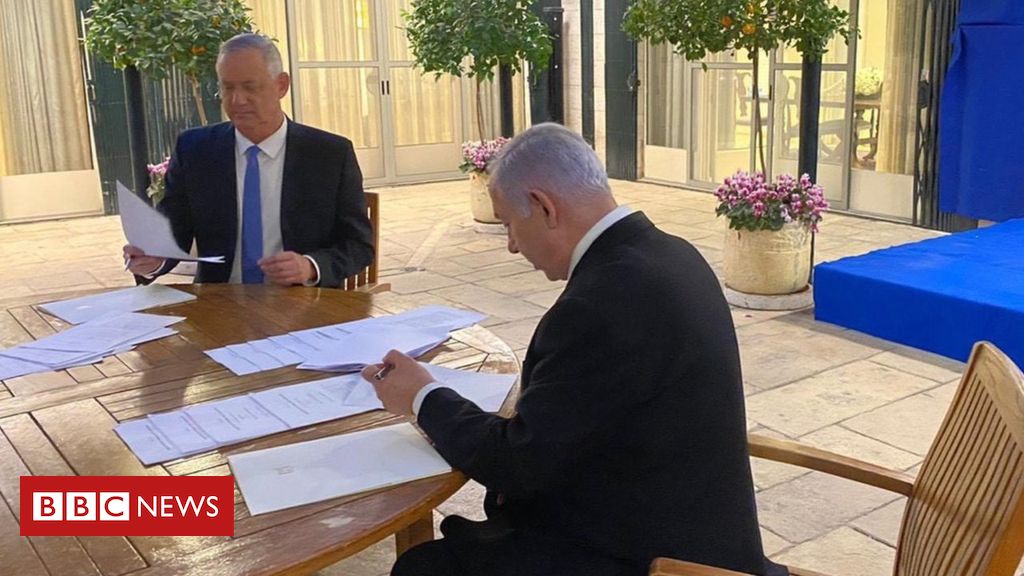