By Richard Gibson For The Mail On Sunday

New year is rarely a happy time for Bournemouth so Junior Stanislas’ late winner made for a welcome change of fortune.

A draw, a postponement and a defeat in the second half of December threatened a further ceding of ground in the Championship’s automatic promotion race.

But Stanlisas’ composed finish, latching onto Lewis Cook’s defence-splitting long ball 11 minutes from time to slide under Stoke goalkeeper Joe Bursik, took a team that topped the division just three weeks ago, back to within two points of second-placed Swansea with a game in hand. 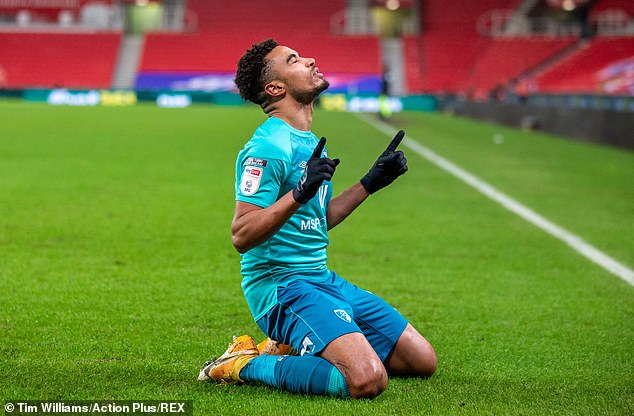 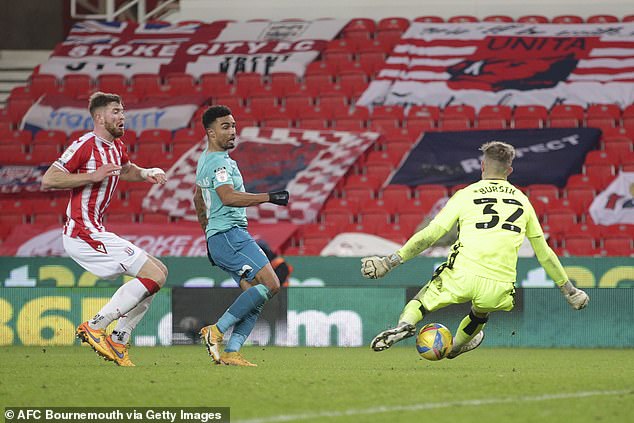 It was the first time in nine calendar years that Bournemouth have been victorious in their opening fixture, and was reward for matching their opponents’ endeavours in inhospitably Arctic conditions.

Pinned in their own half for much of the opening period, Bournemouth nevertheless had its best chance when their rejuvenated £19million striker Dom Solanke struck the woodwork.

Anticipating Cook’s through ball on the turn, the former Liverpool player bent his run to perfection to stay onside and outpaced James Chester before lifting over the advancing Bursik.

Although the ball arced over the Stoke keeper, it clipped the top of the crossbar to deny Solanke moving into double figures for the season.

Jason Tindall reacted to only a third league defeat of the season at Brentford three days earlier by leaving David Brooks on the bench in one of two alterations. 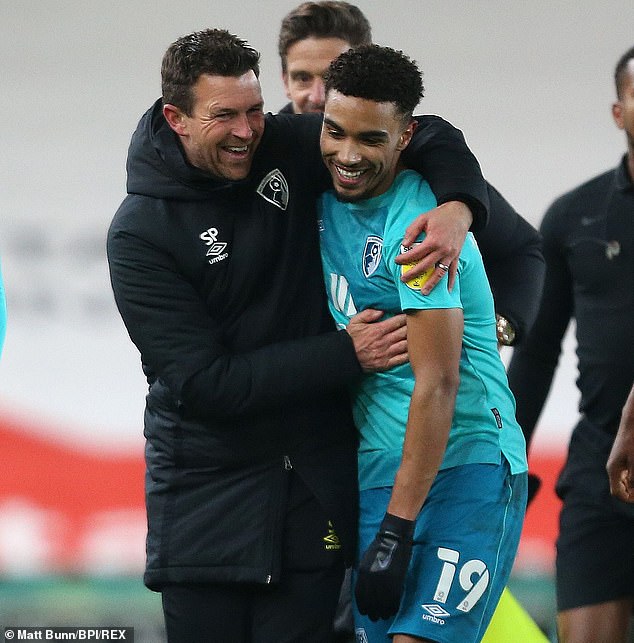 And it was the two recalled players in Sam Surridge and Diego Rico who combined to create the game’s first chance in the seventh minute, the former failing to hit the target at the near post.

Aside from Solanke’s chip and a Stanislas free-kick that Bursik tipped around the upright in a safety-first manner, Stoke created the better chances in the opening half hour.

But the loss of Steven Fletcher, only playing following a late fitness test, to injury diluted their attacking threat.

Fletcher had drawn the match’s first save, a comfortable enough gather for Asmir Begovic, and also fired over the top following a route-one raid with strike partner Nick Powell, before limping off in the 25th minute. 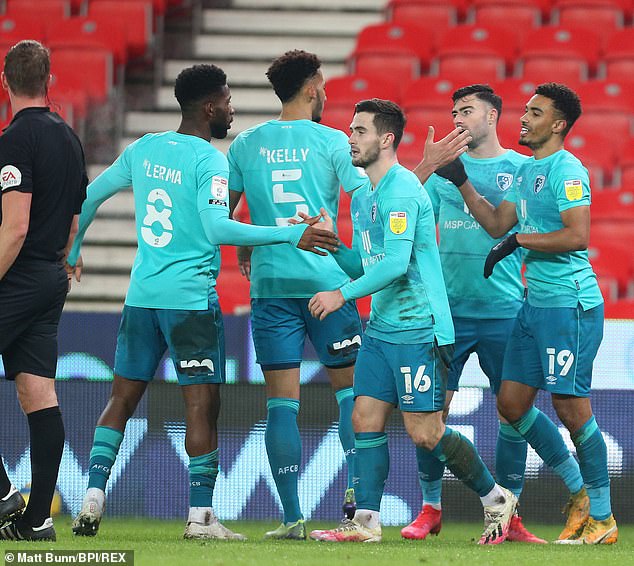 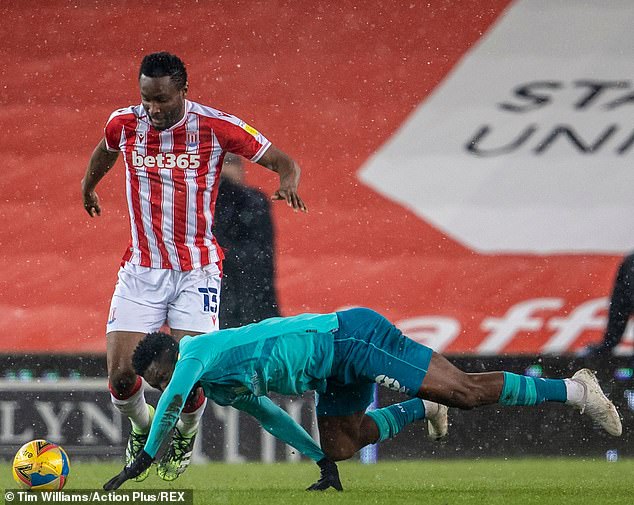 With leading scorer Tyrese Campbell out for the season with a knee injury, Stoke manager Michael O’Neill’s January recruitment is likely to be focused on forward reinforcements.

Twice more the home team went close during a purple patch stretching between the 10th and 20th minutes: Joe Allen’s overlapping run culminating in a shot that was kicked out by Begovic and Jordan Thompson rippling the outside of the net from a free-kick.

Begovic, who kept 50 clean sheets for Stoke during a five-year spell in the Potteries, spoke in the build-up to this game of the influence of the vociferous home fans at the Bet365 Stadium.

These Covid times mean the away team no longer have to deal with Stoke’s 12th man but they do remain one of the division’s toughest nuts to crack.

Bournemouth emerged with greater vigour at the start of the second half and it took a strong hand from Bursik to prevent Rico’s low cross from being tapped in at the far post by the unmarked Stanislas.

But he and his team were not to be denied, as he slotted in his seventh goal in nine games to haul Tindall’s men back up to third. 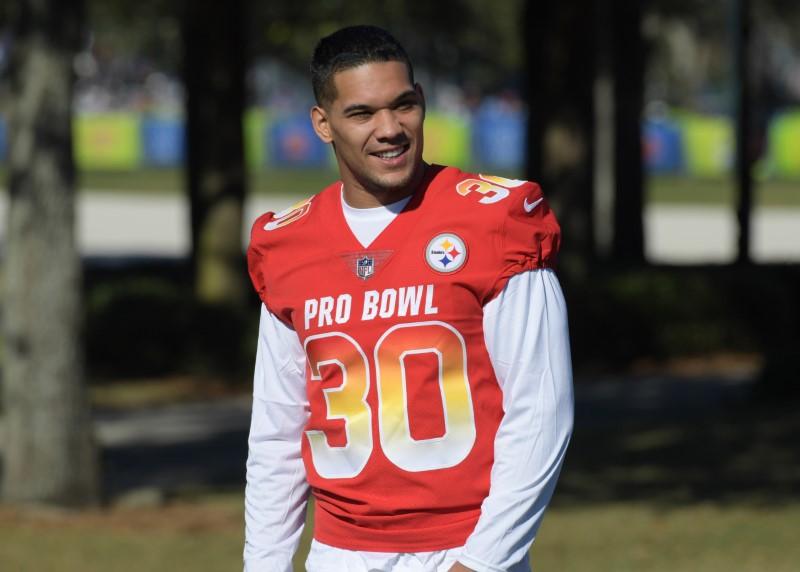 1) Where is Wan-Bissaka in the young player shortlist? There is an argument that Raheem Sterling should walk the PFA player of […]