Millions of lives across America and the world were touched by Donald Trump’s unlikely candidacy and presidency.

But some were upended completely, resulting in life-changing or career-ending experiences and instant fame or notoriety as four incredibly tumultuous and norm-shattering years played out.

Here are 20 examples of those who emerged from relative obscurity to become “stars” of the Trump era.

The “smashmouth” lawyer represented Stormy Daniels, an adult film actor, in her lawsuits against Donald Trump and relished goading the US president’s children on social media with the hashtag “#Basta”, meaning “enough”. He even flirted with running for president. But his relationship with Daniels soured and his fall from grace was complete in February when he was convicted of trying to extort more than $20m from Nike.

The former naval officer and rightwing media executive went from marginal status to arguably the second most powerful man in Washington. Chairman of Trump’s election campaign and briefly White House chief strategist, he was doomed by clashes with the president’s daughter, Ivanka, and son-in-law, Jared Kushner. Branded “Sloppy Steve” by Trump, he faded into the background and in August was arrested and charged with fraud over an online fundraising scheme to build a wall on the US-Mexico border.

A split-second decision changed everything. In 2017 Briskman gave the middle finger to Trump as she cycled alongside the president’s motorcade outside his golf club in Virginia. Photos of the incident went viral and the marketing company she worked for swiftly dismissed her. Two years later, Briskman ran for election to the Loudoun county board of supervisors and won, ousting a Republican. It was a neat symbol of how the Trump years caused a political awakening among ordinary citizens.

Relatively late in the Trump’s presidency, comedian Sarah Cooper became an internet sensation by posting videos of her lip-syncs to the president’s remarks, complete with hilarious facial expressions. Her meteoric rise earned her a slot at the virtual Democratic national convention. Cooper told the New York Times: “My success is forever linked to this person that I absolutely hate.”

The marriage of lawyer George Conway, one of Trump’s most ardent critics, and Kellyanne Conway, the first woman to run a winning presidential campaign, was the most intriguing in Washington. George gained attention with sardonic tweets and occasional interviews as Kellyanne staunchly defended the president’s “alternative facts” and other offences before quitting in August this year.

The retired three-star army lieutenant-general led a “Lock her up!” chant about Hillary Clinton at the Republican national convention but spent just 23 days as Trump’s national security adviser. He twice pleaded guilty to lying to the FBI about his contacts with Russia and faced a possible prison term, only to be granted a pardon by Trump. He is now urging the president to declare martial law in an effort to overturn the 2020 election result.

One of the most divisive moments of a divisive presidency came in September 2018 when psychology professor Christine Blasey Ford appeared before a Senate committee to quietly but firmly accuse Judge Brett Kavanaugh, nominated by Trump for the supreme court, of sexual assault in 1982. “I am here today not because I want to be,” she said. “I am terrified. I am here because I believe it is my civic duty.” Kavanaugh was confirmed.

The Manchester-born tabloid journalist turned music publicist was catapulted into the spotlight by his email setting up a Trump Tower meeting between Donald Trump Jr and a Russian lawyer in June 2016. Goldstone voluntarily testified to multiple congressional committees, special counsel Robert Mueller’s team and a grand jury. He later published a memoir and launched a podcast.

The ex-wife of Gavin Newsom, the governor of California, and former Fox News personality became a prominent Trump cheerleader and girlfriend of his eldest son, Don Jr. She spoke often at campaign rallies but her greatest moment came at this year’s virtual Republican national convention when her high-octane speech (to an empty room) including a primal scream: “The best is yet to come!”

Media columnist Ben Smith wrote that his New York Times colleague had “one of the most astonishing runs in the history of American journalism”. The hugely prolific Haberman, who joined the paper with little fanfare in 2015, produced many of the greatest scoops about Trump’s presidency, during which journalism never seemed more vital. She landed a book deal with publication due in 2022.

A former model, she joined Trump’s election campaign in 2015 at the age of 26 and was with him all the way, eventually becoming communications director at the White House. She then left for the Fox Corporation, only to return earlier this year and, in October, she made rare public remarks at a Trump rally in Florida. She also tested positive for the coronavirus.

A coalminer’s daughter from County Durham in the UK, she became senior director for Europe and Russia in the White House national security council and an eyewitness to Trump’s encounters with President Vladimir Putin. Hill became a political star during Trump’s impeachment hearings with her cool, meticulous testimony, urging Republicans to stop pushing the “fictional narrative” that Ukraine interfered in the 2016 election.

Before the 2016 election, Khan stood at the Democratic national convention in Philadelphia and told how his son, an American Muslim and army captain, died in Iraq, then delivered a searing critique of Trump’s threats to ban Muslim immigrants. Spurred into action, he carried out more than 280 speaking engagements in America and beyond, including the Democratic convention in 2020.

The chief executive of pillow maker MyPillow became a major Trump donor and cheerleader at his campaign rallies. He chaired the president’s re-election effort in Lindell’s native Minnesota. When that effort failed, Lindell reportedly said he had spent more than $1m to bankroll efforts to overturn Joe Biden’s victory and called for Trump to declare martial law in Minnesota.

The South African comedian had big shoes to fill, taking over from Jon Stewart as host of Comedy Central’s The Daily Show in 2015. But Noah won plaudits not only for his sense of humor but his deadly serious monologues – and global perspective – on topics such as the Black Lives Matter protests and interviews with figures such as Barack Obama.

Strzok was among leaders of the special counsel investigation into Russian meddling in the 2016 presidential election. But he was fired from the FBI when it revealed he had been swapping anti-Trump text messages with Page, with whom he was having an extramarital affair (she also left the FBI). After lying low, Stzrok published a memoir, entitled Compromised, and Page resurfaced on Twitter.

The little-known banker and hedge fund founder was hired by Trump as communications director in 2017, despite the objections of the press secretary, Sean Spicer, who resigned in protest. Scaramucci’s debut in the briefing room was flamboyantly swaggering and ended with an air kiss to the press corps. “The Mooch” lasted just 11 days, felled by an indiscreet interview, but re-emerged as a trenchant Trump critic.

Trump ran through four White House press secretaries but none captured the imagination like Spicer, with an assist from Melissa McCarthy on Saturday Night Live. His debut briefing in an ill-fitting suit included the false claim that Trump had the biggest inauguration crowd ever. Spicer went on to write books and become a host on the pro-Trump TV channel Newsmax.

The Australian political reporter, formerly at the Sydney Morning Herald, moved to the US in 2014 to work as a congressional aide. He joined the Axios website in 2016 and became a must-read for both political news and palace intrigue. Swan won plaudits in 2020 for subjecting Trump to a grilling rivalled only by Chris Wallace of Fox News; Swan’s perplexed expressions proved irresistible to meme makers.

The national security aide, whose family fled the Soviet Union when he was three, offered key testimony during the Trump impeachment hearings and, in apparent retaliation, was ousted from his job on the national security council. Vindman announced his retirement in July and is writing a memoir called Here, Right Matters: An American Story. 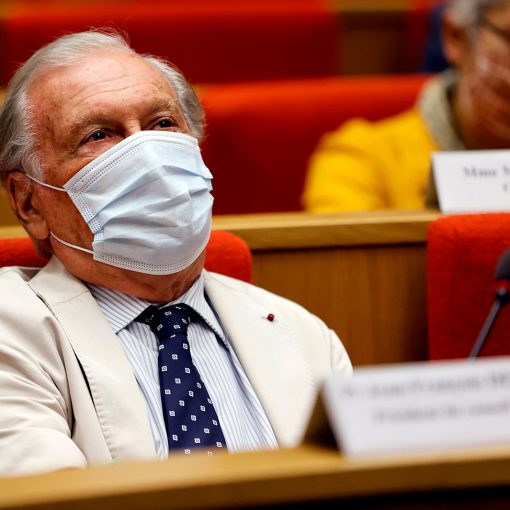 Volunteers check orders of daily necessity goods at a supermarket according to wish lists of residents in quarantine in Tonghua, China, on […] 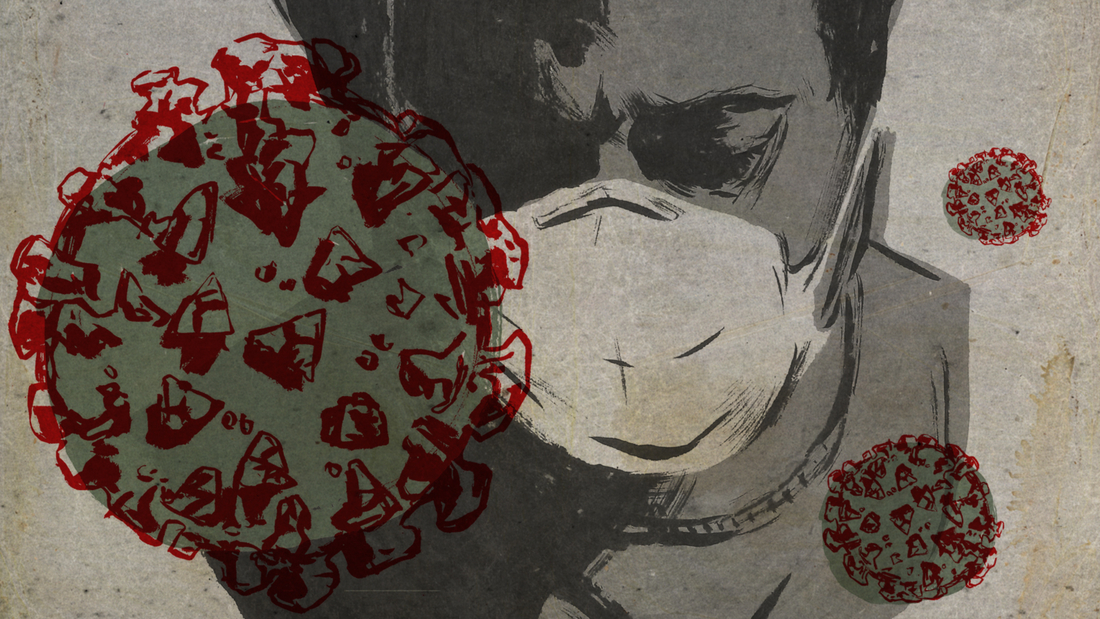 Can you contract the novel coronavirus from your pet? How effective are face masks? CNN’s Kristie Lu Stout asks two experts some […] 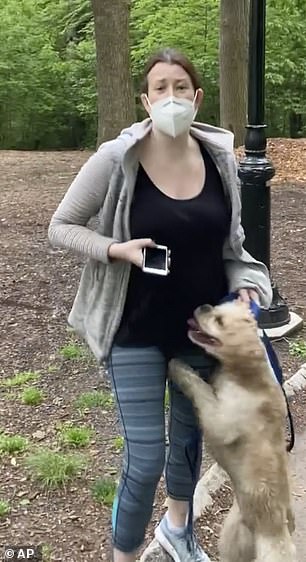 Amy Cooper, the white woman who called the police on a black birdwatcher in Central Park, made a second, previously unreported 911 […] 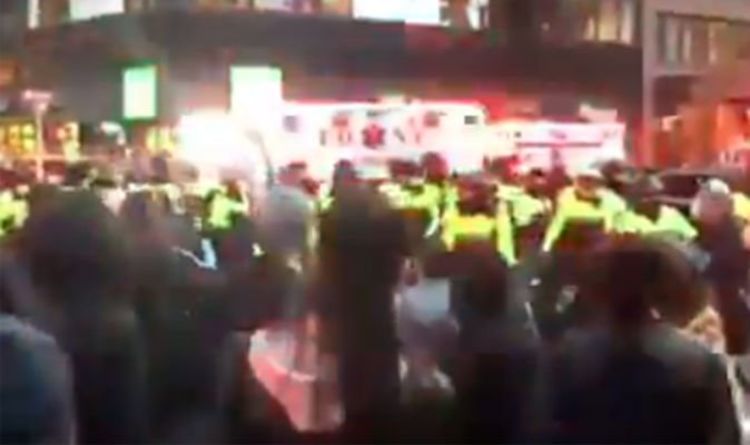 The incident took place on the corner of 39th Street and Third Avenue in the middle of the island. A crowd of 50 […]