Harrold and his son are Black and were guests at the hotel in lower Manhattan. The ethnicity of the woman in the video is not clear, although New York police described her as White.

His video of the encounter has been widely shared on social media, prompting an outcry about what many felt was yet another incident of racial profiling against Black men. The hotel apologized and called the woman’s behavior a “baseless accusation, prejudice and assault against an innocent guest.”

The prominent jazz trumpeter spoke Wednesday at a news conference and rally near the steps of New York’s City Hall, where he was accompanied by civil rights attorney Ben Crump and the Rev. Al Sharpton. He also followed a rendition of “America the Beautiful” with “We Shall Overcome” in the late December chill.

“If I wasn’t who I was … this wouldn’t even be an issue,” he said before a meeting with the district attorney that was — according to Crump — arranged by Sharpton.

Harrold, who is from Ferguson, Missouri, said he had been racially profiled himself throughout his life. He noted that the hotel episode could have ended “wrongly” had he not been with his son at the moment.

“I want my son to grow up whole. That’s all we want. … I come from Ferguson and this has been my passport to the world,” Harrold said, pointing to his trumpet. “And I can’t even come downstairs in New York City … and just go get brunch without being attacked and wrongfully accused of something.”

Kat Rodriguez, the teen’s mother, said hotel management was equally culpable for not de-escalating the situation and for allowing the accuser to leave before police arrived. She demanded that the woman be charged with assault.

“This fight is not only for our son. It’s for all of our sons and daughters,” said Rodrigruez, who’s a musician and a teacher. “If we were a family that didn’t have these connections … if I was a maid, this story wouldn’t have hit the news. What about those people that don’t get to get heard?”

Rodriguez, growing emotional at times, added, “I want to thank God because this incident could have ended very different. We have seen this … I pray for the mothers and fathers who have lost their sons to racial injustice.”

Rodriguez and others at the news conference asked what would have happened if a Black man or woman assaulted a White child and tried to take their phone.

Rodriguez told CNN’s Don Lemon on Wednesday that her son was “traumatized and confused about why this happened to him.”

A spokesman for Manhattan District Attorney Cy Vance said his office “is thoroughly investigating” the incident, and the New York Police Department told CNN that a complaint for harassment at the Arlo SoHo hotel has been filed.

After viewing surveillance video of the incident, investigators are considering charging the woman with assault and possibly grand larceny or attempted robbery, said Rodney Harrison, chief of detectives for the New York Police Department, on Tuesday.

The woman disputes the accusations against her

The woman has not come forward, but CNN on Tuesday was the first news organization to talk to her by phone, and she disputed Harrold’s account of what happened.

While the 22-year-old woman claimed she was assaulted during the altercation, CNN hasn’t been able to corroborate her account with investigators or with the hotel where the incident took place.

In a 20-minute phone interview, she said the incident unfolded after she first demanded to see the hotel’s surveillance video to try to pinpoint who may have taken her phone. She says she then asked someone else in the hotel lobby to “empty their pocket,” before ultimately confronting Keyon Harrold Jr., who she maintained had her phone in his pocket.

“That’s when everything got a little bit more serious,” the woman said referring to the interaction.

Throughout the phone call, the woman’s account of the incident was rambling at times. She provided additional information of events preceding and unrelated to the incident that CNN has been unable to confirm.

When asked whether she’s concerned about possibly facing charges and overall how she is portrayed in the video, she said, “Of course I worry. That’s not who I am. I actually … try very hard to make sure that I am always doing the right thing.”

The woman told CNN that she is willing to cooperate with the ongoing investigation, but she hasn’t received a call from the NYPD yet nor has she reached out herself. She also said she’d be willing to talk to the Harrolds.

After she agreed to provide evidence that could help confirm her claim that she was assaulted, she stopped responding to CNN’s phone calls and text messages.

CNN is not naming her at this time because she said she has concerns for her safety unrelated to this incident.

CNN also requested a police report from the NYPD, but it declined to provide one, saying it typically does not in such situations.

Many who have seen Harrold’s video, including New York Mayor Bill de Blasio, have alleged racism. But there are no plans “at this time” to charge the woman with a bias crime, Harrison said.

“The investigation is still preliminary, a lot of work still needs to be done,” he said. “The complainants are cooperating and I’m confident that the investigators from the first precinct will make an arrest on this case sooner than later.”

Harrold says the encounter happened on the way to breakfast

Harrold said in an Instagram post that he and his son had left their hotel room to get breakfast when they encountered the woman. It’s not clear what occurred before he started filming, but ​in the video, the woman can be heard telling Harrold’s son, Keyon Harrold Jr., to show her his phone.

​The teen tells her “this is my phone” and ​his father tells him he doesn’t have to explain anything to the woman. The woman comes closer to them, demanding the case be taken off the phone.

She then taps a male hotel employee on the shoulder and asks him to bring the phone to her. “Literally get it back for me, please,” she says.

The elder Harrold responds, “Are you kidding me? You feel like there’s only one iPhone made in the world?” A man who identifies himself as the hotel manager asks to see the phone but the teen’s father refuses. “I’m trying to settle this situation,” the manager says.

In the video, when Harrold and his son attempt to leave the woman approaches them, saying, “I’m not letting him walk away with my phone.” The video then shows her on the floor, but it’s unclear how she landed there. She approaches them again and the teen’s father ​is heard shouting for her to get ​her hands off before the video cuts out.

In his Instagram post, Harrold said the woman scratched him and grabbed his son. He told NBC that after the video cut off, the woman, “tackled my son, you know, trying to reach in his pockets, reach in my pockets.”
Harrold suffered slight injuries but his son was not injured, the NYPD said. His son told ABC’s “Good Morning America” that he’s ​”shell-shocked​.​”

“I don’t know what would have happened if my Dad wasn’t there, honestly,” ​the teen said. ​Asked what he would say if he got the opportunity to speak to the woman, he said he’d expect an apology. Then he said he’d ask her, “why would she do something like this to a kid who has never met you at all?”

The woman’s phone was returned to her at the hotel moments after the incident by a ride-share vehicle she used to try to check into the hotel, Harrison said.

Hotel says ‘more could have been done’ to defuse the dispute

“It would be horrific at any age, but it’s especially offensive that it happened to a child,” he said. “To Keyon Harrold Jr. and his family: I am so sorry this happened to you.”

In a statement, Arlo Hotels said “more could have been done to de-escalate the dispute.”

“We’re deeply disheartened about the recent incident of baseless accusation, prejudice and assault against an innocent guest of Arlo hotel,” the statement said. “In investigating the incident further, we’ve learned that the manager on duty promptly called the police regarding the woman’s conduct and that hotel security intervened to prevent further violence …. No Arlo guest — or any person — should be subject to this kind of behavior.”

Crump accused the hotel of empowering the woman’s accusations by asking Harrold’s son to prove his innocence and called for charges against her.

“As this year of racial awareness is drawing to a close, it’s deeply troubling that incidents like this one, in which a Black child is viewed as and treated like a criminal, continue to happen,” Crump said in a statement.

“We strongly urge Manhattan District Attorney Cy Vance Jr. to bring assault and battery charges against this woman to send the message that hateful, racially motivated behavior is unacceptable,” Crump added. “This is what it will take to drive change. We also call for a civil rights investigation into the Arlo Hotel for its implicit bias in its treatment of Keyon.” 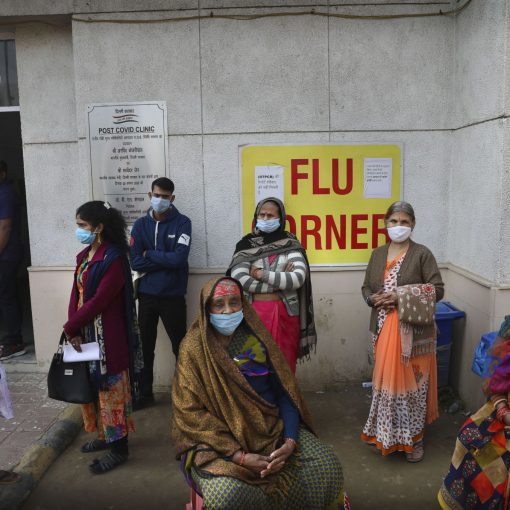 NEW DELHI (AP) — When the coronavirus pandemic took hold in India, there were fears it would sink the fragile health system […] 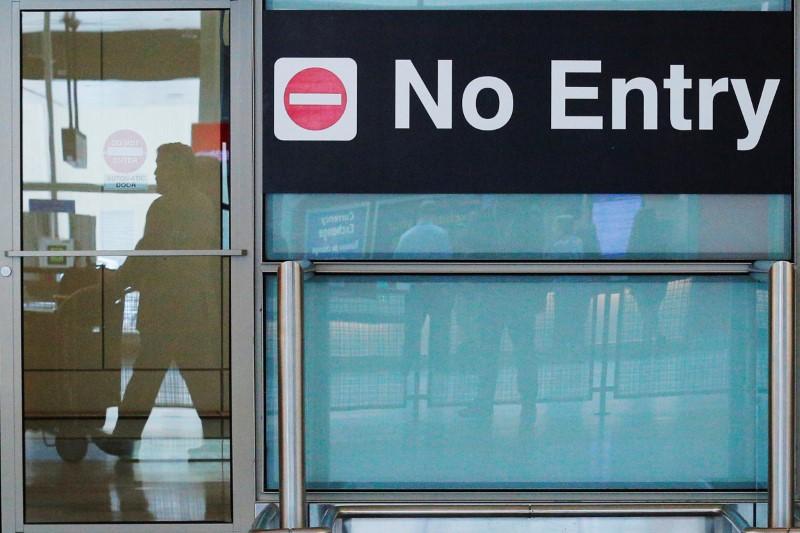 WASHINGTON (Reuters) – The U.S. State Department refused more than 37,000 visa applications in 2018 due to the Trump administration’s travel ban, […] 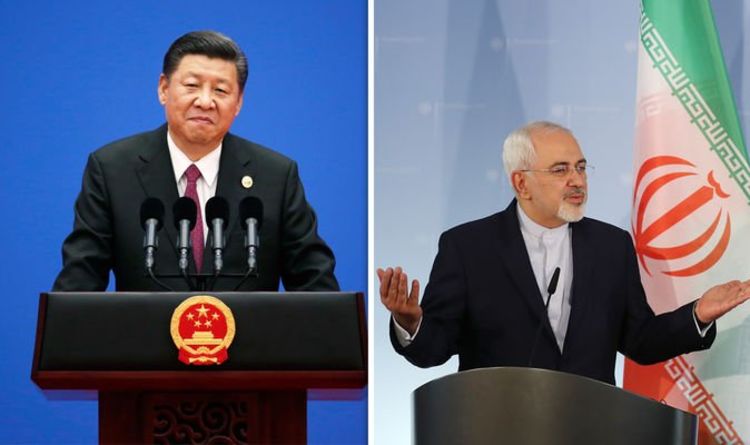 With a fifth of the world’s oil passing through the Strait of Hormuz, the shipping industry regards the narrow channel as one […] The event came amid growing hostility between China and Vietnam, with some experts warning the submarine could have surfaced as a warning. […]