A 19th century claim has fueled a 21st century debate about how a warming climate might reshape animals. Beginning in the early 1800s, biologists identified multiple “rules” describing the ecological and evolutionary impacts of temperature. One rule held that animals have bigger appendages (ears, beaks) in hot climates, to help dissipate body heat. Another said that, within any group of animals, the biggest generally reside closer to the poles—think of polar bears towering over midlatitude brown bears—because larger bodies help retain heat.

And Gloger’s rule, named after German biologist Constantin Gloger, declared that animals in warmer regions usually have darker exteriors, whereas those in cooler regions are lighter. Among mammals, darker skin and hair was thought to protect against damaging ultraviolet light, which is more plentiful in Sun-soaked equatorial areas. Among birds, the specific melanin pigments in darker feathers seem to resist bacterial infestation, an advantage in the Petri dish of the tropics.

Back in July, Li Tian of the China University of Geosciences and Michael Benton of the University of Bristol revived interest in these largely forgotten rules when the two paleontologists used them to predict how climate change might remake animal bodies. Among other things, they relied on Gloger’s rule to propose that, as Earth warms, most animals would get darker. Simple enough.

But a series of back-and-forth essays in Current Biology, including two this month, showed that other biologists consider the matter far from settled. “I was a bit taken aback,” says Kaspar Delhey, an ornithologist who lives in Australia and works remotely for the Max Planck Institute for Ornithology in Germany. “I thought, ‘There’s more work to do.’”

Delhey has led a campaign over the past few years to blow up Gloger’s rule and replace it with something more accurate. “It has been surrounded by confusion since forever,” he says, partly because the 1833 book where Gloger laid out his data “was very dense and awfully written.”

Earlier this month, Delhey and three colleagues published a response to Tian and Benton in Current Biology. Their main beef is that Gloger’s rule conflates temperature and humidity. Humidity leads to lush plant life, which offers shadows to hide from predators. Animals therefore tend to be darker in wet places to camouflage themselves. Many warm places are steamy, but cool, wet forests, like those of Tasmania, tend to have the darkest birds, Delhey says.

Delhey argues that if you control for humidity, Gloger’s rule gets flipped on its head—warming leads to lighter animals. That’s especially true for cold-blooded critters, he says. Insects and reptiles rely on external heat sources, and in cold places, their dark exteriors help soak up sunlight. In warmer climes, that constraint is relaxed, and they end up lighter. Delhey calls this the “thermal melanism hypothesis.”

Tian and Benton say they welcome the clarifications. Still, in a response to the Delhey group, they cite cases where their prediction of darker animals in warmer climates holds true. Tawny owls in Finland are either russet or pale gray, with the gray providing camouflage against snow. But as snow cover has decreased in Finland, russet owls grew from about 12% of the population in the early 1960s to 40% in 2010.

But they acknowledge that predictions of climate-driven color effects get especially tricky when temperature and humidity both change. Climate models predict the Amazon will get hotter and drier, which all parties agree will lighten animal color. But the boreal forests of Siberia could get hotter and wetter, in which case the temperature and humidity predictions conflict. Unlike in physics or chemistry, Benton says, biological laws “are not absolute. It’s not like gravity.”

And even when general trends hold, it’s still tricky to predict how individual species will change. Lauren Buckley, a biologist at the University of Washington, Seattle, has studied butterfly color in high-altitude regions. Butterflies soak up heat by basking in sunshine, but only one small patch on the underside of the wings actually absorbs the heat. “If you didn’t know that,” she points out, “you could quantify all sorts of exotic colorations on the top of the wing, and it wouldn’t actually matter.” In sum, “We need to think about the full picture of how organisms are interacting with their environments.”

Changes in coloration will also likely depend on the animal’s temperature-regulation system—with cold-blooded creatures growing generally lighter and birds and mammals showing a wider range of outcomes. To improve predictions, Buckley suggests using museum specimens to broaden time frames, although their colors can fade over time. For his part, Tian plans to run experiments with warmed tanks of beetles and mollusks, actively trying to induce color changes.

Alas, scientists may soon have more data on this topic than they can handle, as the planet’s temperatures push higher. And if global warning gets truly dire, even the most time-tested ecogeographic rules may prove meaningless as habitats disappear and species vanish. However intriguing the science, Delhey acknowledges, “It does make one sad.”

This shrimp is anything but feebleGetty Images/iStockphoto By Aylin Woodward This reef ain’t big enough for the both of us. Two pistol […] 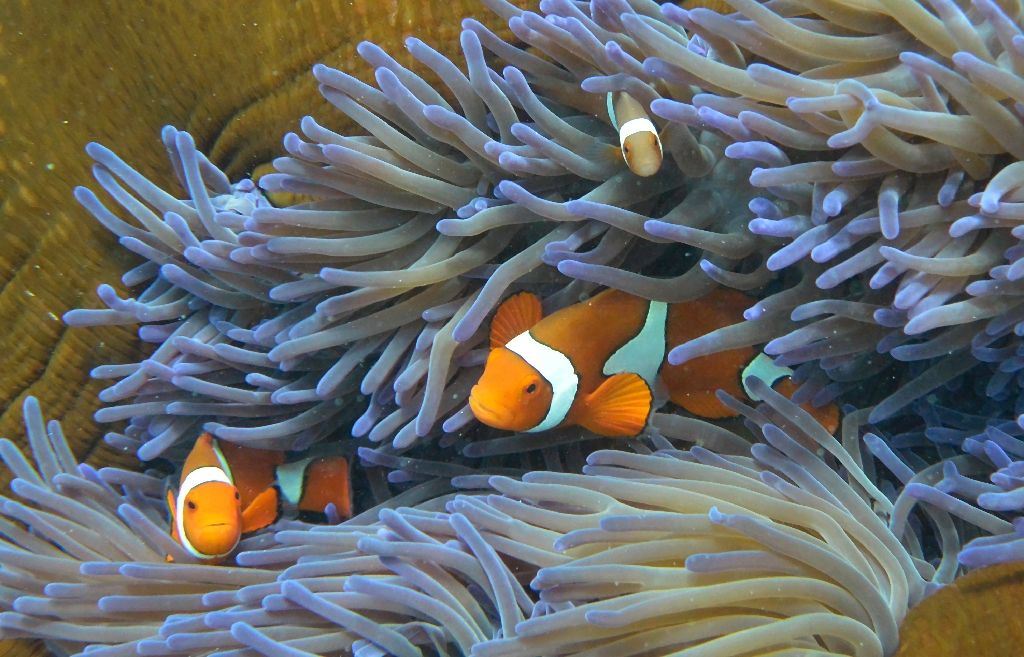 Sydney (AFP) – A select few Australians will soon be able to briefly book an Uber submarine to the Great Barrier Reef, […] 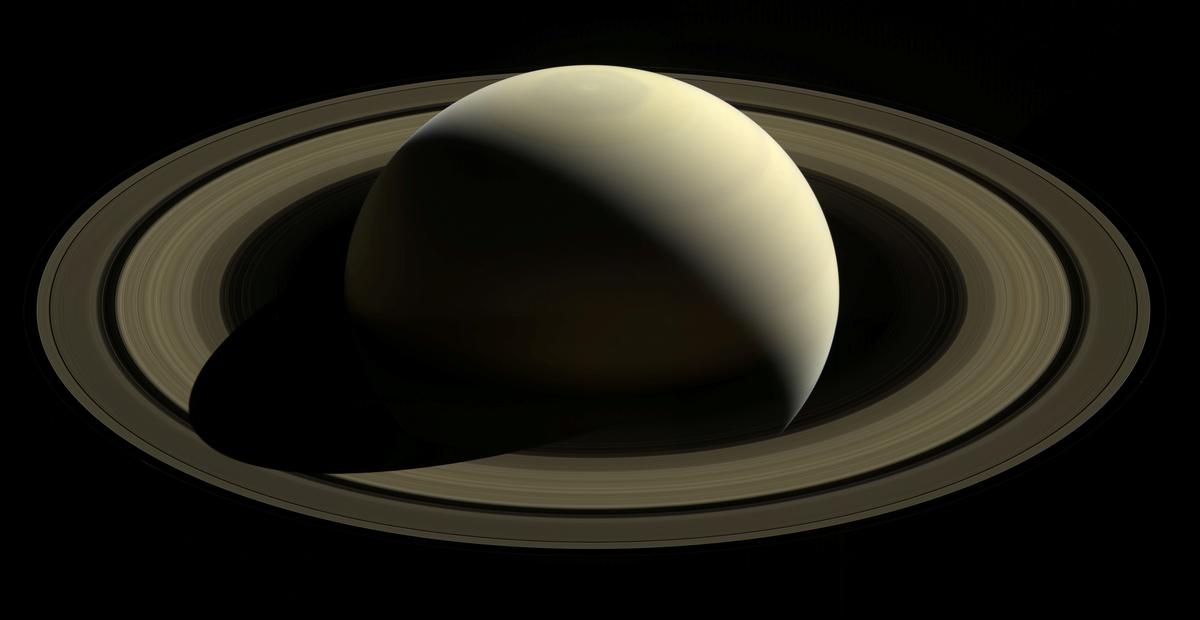 WASHINGTON (Reuters) – Saturn is now being recognized as the “moon king” of our solar system, with astronomers spotting 20 more of […] 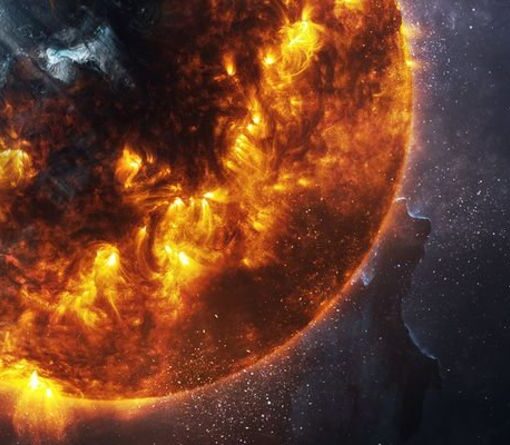 Space is full of galaxies that have cannibalised each other to survive, but one of these – Tucana II – has a […]