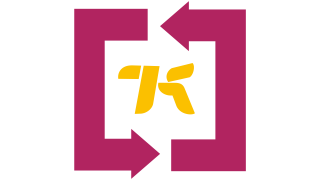 Year In ReviewWe look back at the highs, lows, surprises, and standouts in and around video games this year.

2020 was a shit year for a lot of things, but a bunch of really good games came out during it. And not just your run-of-the-mill, extremely playable, very good games, but a ton of truly special ones.

This is another way of saying that I liked a surprising number of games this year that I didn’t expect to. I usually prefer my games to be based around numbers instead of words, because a lot of video game writing is very bad, but this year I found myself falling over and over for video game novels of one form or another, usually because they had other gameplay mechanics—turn-based strategy, open world exploration—bolted onto them in unusual but effective ways. And then there was Hades, which did almost everything better than almost anyone.

The latest game from Vanillaware (Odin Sphere, Dragon’s Crown) is a visual novel/tactics game hybrid that combines elements of tower defense with point-and-click adventure sleuthing. On the surface it’s anime as hell, and I thought I’d get a few kicks out of it before quickly dropping it for less esoteric, occasionally cringe fare. Instead, 13 Sentinels sunk its post-modern sci-fi Kaiju hooks into me and didn’t let go, with a sprawling meta-fictional mystery that is truly ambitious and mostly delivers.

It helps that I love turn-based tactical fights (read: grid battles) and found the game’s combat to be an interesting spin on the genre that was occasionally even fun. Some ideas could only work as games. 13 Sentinels has several, and deploys them with just enough subtlety and care to keep them from mixing into a convoluted mess.

Assassin’s Creed is weird, man. The series debuted 13 year ago, and during that time has spawned almost as many mainline entries, and even more spin-offs, with each new modern Assassin’s Creed game amassing an overwhelming number of open world genre tropes for players to sift through. With Assassin’s Creed Valhalla, it feels like Ubisoft has finally gotten its take on the open world formula right (even as the studio systems and workplace conditions that produced it were revealed earlier this year to be rife with serious issues of abuse and misconduct).

Valhalla is big, beautiful, and breathtaking to explore, qualities often regarded as table stakes in a blockbuster of this size and scope, but which in Valhalla’s case are still dazzling. It’s also well written, acted, and laid-out. Its myriad components carefully come together to tell the story of a militant Viking clan immigrating to a new land where its future will be built on a mixture of violent bloodshed and pragmatic alliances. Assassin’s Creed games have always been enamored with history, but Valhalla often feels like it gets the spirit right without leaning too much on the details, that spirit being that history is disputed, constantly revised, and more a reflection of the reigning powers and ideologies of the day rather than a carefully curated record of The Truth. Video game open worlds are lauded for their freedom. The best ones are rich with meaning that players stumble onto. Beneath its familiar medieval power-fantasy, Valhalla gets close.

2020 was a year for games that defy easy categorization, taking certain elements and transforming them into something more than their sum. Crusader Kings III is a grand strategy game, a romance simulator, a visual novel, and so much more. It’s like Crusader Kings II, but better, offering even more stuff to mess around with but keeping it more tidily organized so the machinery doesn’t quickly grind to a halt.

Lots of games tells stories. Crusader Kings III creates them, but so organically and on such a scale that they take on the potency of a deep dream still nagging at your consciousness months later. I could spend 10 hours slowly, methodically, deliciously clicking through dialogue, decisions, and consequences in Crusader Kings III and wake up the next day feeling like I’d just lived through centuries. The maps and UI are pretty nice too.

I nearly resisted putting this one on my list. Final Fantasy VII is a very special game to me, and Final Fantasy VII Remake messed up a lot of what I loved about the original. Where the 1997 game was a streamlined JRPG punctuated by evocative scenes and ambitious narrative moments, the 2020 remake is chock full of filler and often unsubtle. Some of what’s new, from boring side quests to tediously navigating large but mostly empty 3D environments, often made me want to stop playing altogether.

Still, I kept coming back because despite all of the maximalist padding there remains something very special at Final Fantasy VII Remake’s core that it dutifully carries over from the original and elevates in important ways. If the other bullshit had been stripped out it might have been one of my games of the decade instead of just the year.

I love building stuff in games. More specifically: I very much enjoy harvesting resources, using them to craft new things, and then using those new things to turn the entire endeavor into an automatic process. Factorio spent a long time in Early Access before releasing for real this year. Having only played the “finished” version, I can’t speak to the game’s iterative development cycle, but I can say that Factorio is everything I’ve ever wanted out of a resource management game.

Instead of treating you like a glorified industrial attendant, pushing buttons and turning knobs to balance inputs and outputs and keep the machinery humming along, Factorio challenges you with building that machinery from scratch, and playing tower defense when the resulting ecological collapse whips the local wildlife into an understandable frenzy. Like solving a puzzle that requires you to create both the problem and the solution, playing Factorio is a masterful meditation on systems, equilibrium, and abstraction.

I didn’t play Kentucky Route Zero until this year, and the whole thing hit me like ton of bricks. Its ghosts will be haunting me for years to come, just as the seismic political events that hang in its background will continue reverberating through life in the United States for decades.

Kentucky Route Zero has a lot to say but only ever at a whisper, leaving you room to explore, reflect, and digest the game’s many people, places, tragedies and hopes at your own pace. The game’s fifth and final act was released at the beginning of the year, capping off a fragmented journey that is unflinching and deeply intimate. I briefly forgot how much I dislike point-and-click games while playing it.

Paradise Killer has the vibe of a visual novel narrated by vaporwave playlist YouTube comments, but it’s much more and actually good. The writing is psychedelic and the world looks like a low-poly PS1 game huffing neon-colored glue after class. I’m not into games that seem too into themselves, and fortunately Paradise Killer is incredibly dedicated to its core conceits without ever falling too in love with them. The writing was often clever, and rarely made me wince, which for a game about playing Sherlock in a city of horror shows headed toward a demonic apocalypses was a relief. I just love everything about this game’s style, including its city pop-inspired mood music. Being able to explore it in three dimensions gives it a tactile feel that makes each individual part sing.

I enjoyed 2018’s Spider-Man a lot, but it never felt like more than an extremely fun web-slinging romp through already well trodden comic book territory. Spider-Man: Miles Morales takes the best elements of the previous game, breaks them off into something more manageable, and adds a ton of heart. Miles is a beautifully fleshed out character living in New York City’s Harlem who also happens to have super powers and all of the baggage that comes with.

To a much greater degree than its predecessor, its urban sandbox feels smaller, warmer, and more welcoming, full of nods to the lives behind its residents’ faces and hitched to stakes that oscillate more gracefully between big comic book-y showpieces and quite personal moments. Less can often be more, and in Miles Morales’ case: a lot more.

How best to describe Umurangi Generation? A surreal walking sim with jenky platforming? A skaterpunk party at the end of the world? Pokémon Snap in the graveyard of neoliberal politics? Umurangi Generation is about looking at things twice, sometimes more, discovering a new dimension each time, and documenting the process through a series of photographs.

Umurangi Generation is fun to look at and delightful to listen to, but occasionally there’s something much more lurking just beneath the surface, waiting to be uncovered as the game’s photographic bounties nudge you around its colorful dioramas. Its world offers a warning, but also an aspiration, juxtaposing relentless humanity in the face of the systems bent on its destruction. An excellent batch of extra DLC levels titled Umurangi Generation Macro was released just last month.

Stuff I haven’t gotten to yet: Tales from Off-Peak City Vol. 1, Murder by Numbers, Haven, Aldur’s Blood, Tear Down, Desperadoes III, The Pathless, Yakuza Like A Dragon. 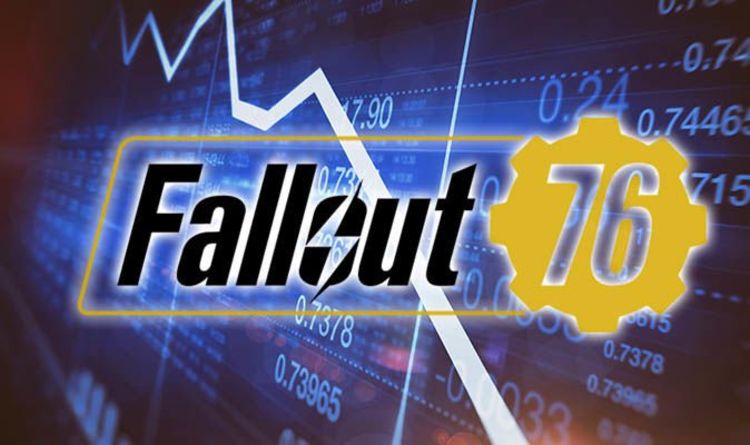 Fallout 76 is down right now with servers for the Bethesda game offline on PS4, Xbox One and PCs. Fallout 76 went […] 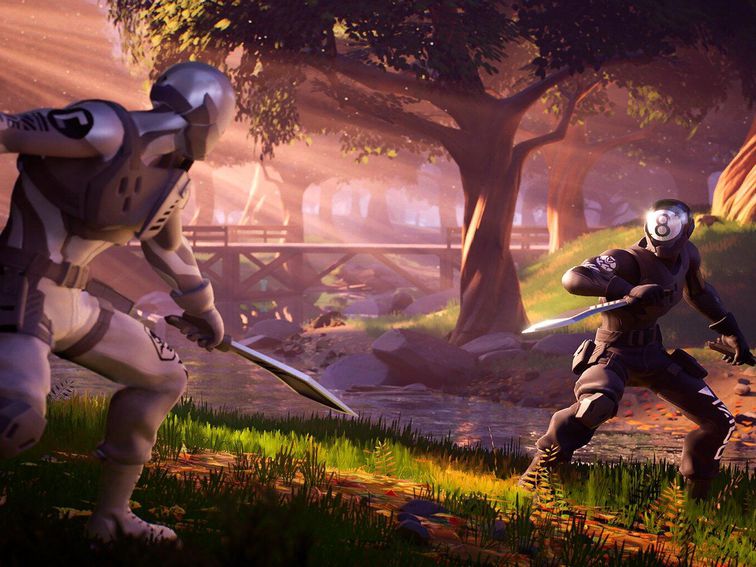 Search for the hidden “T” under the bridge. Epic Games Fortnite Chapter 2 may be a refresh of the game, but the challenges […] 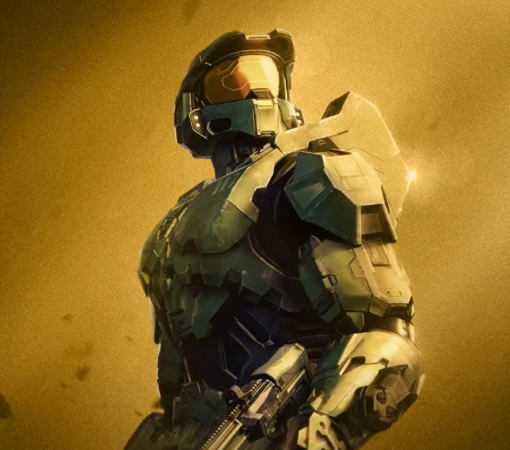 Having released half of the game earlier this week (albeit in beta), 343 Industries has announced Halo Infinite is ready to make preparations for release […] 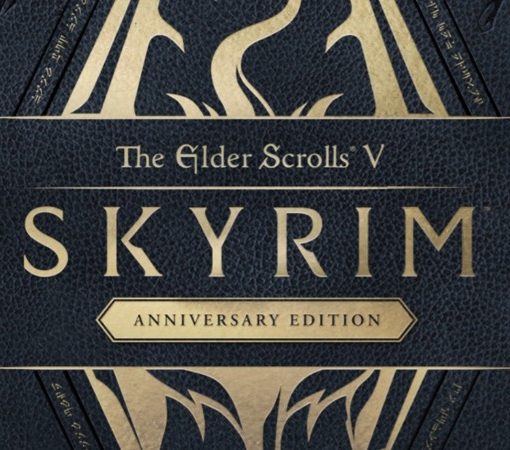 Skyrim’s 10th anniversary is upon us and Bethesda is re-releasing it, yet again – this time packaged as the Anniversary Edition.  This […]