It’s fair to say 2020 has been a challenging 12 months for the travel industry, but it’s not been an unmitigated disaster.

From an end to overtourism, to the environmental benefits of reduced aviation, there’s been a surprising amount to cheer about this year, with the very real hope that it could lead to a more sustainable approach to travel in 2021 and beyond.

The end of overtourism

The waters in the canals of Venice were far clearer in the summer of 2020 due to less tourists and motorboats.

Pre-pandemic, overtourism had become such an issue that the Oxford English Dictionary even named it one of the words of the year in 2018.

Officials were struggling to keep visitor numbers down at famous sights like Machu Picchu and the Taj Mahal in a bid to protect the fragile buildings.

Locals in Venice, Barcelona and Dubrovnik decried the fact that their cities had become impossible to navigate and ruinously expensive to live in.

Although the fall in numbers has undoubtedly impacted businesses, the end of overtourism, while most likely temporary, has given such destinations a chance to take stock and reassess.

Now tourism businesses in the Italian city are hoping a focus on local artisans, rather than just famous sights, will help set the tone in 2021.

UK residents flocked to local destinations like the Lake District in summer due to international travel restrictions.

Stay-at-home orders, lockdowns and quarantine-on-arrival rules around the globe has led travelers to look closer to home to get their vacation fix in 2020.

This mini boom in domestic travel means that hotels and accommodation haven’t been as badly hit as feared, while travelers are realizing they don’t necessarily need to board a 12-hour flight each time they want to take a break.

The first half of 2020 saw an 8.8% drop in CO2 emissions compared with the same period in 2019, which is even bigger than the decrease during the 2008 financial crisis and the 1970s oil crisis.
With passenger numbers down 67%, according to the International Civil Aviation Organization, and airlines grounding planes as travel restrictions bite, there are undoubted benefits of cutting back on flying, at least environmentally.

The question is, can this be sustained once wanderlust gets the better of us and we all start traveling again?

But it remains to be seen whether 2020 is really the start of a less emissions-heavy age.

The wildlife in Yosemite National Park roamed around freely after having the area to themselves for months.

With fewer people traveling and emissions falling, 2020 has seen nature enjoy a brief respite from the depredations brought onto humanity.

However, the fall in tourist numbers means many conservation projects are facing a fraught future. As lockdowns ease, poaching is expected to rise, meaning tourists are needed to help grow awareness.

With travel limited in 2020, hotels and operators have been going out of their way to offer amazing deals on trips and stays in 2021 and beyond.

In the United States, Ace Hotels slashed 50% off its rates at all of its locations, from Downtown LA to Pittsburgh, through August 31. Hyatt shaved 20% off its prices through April 4, while Xanterra Travel Collection cut 40% off the cost of lodge stays in US National Parks until April.
Maximum flexibility has also become a key part of the best travel deals. Much Better Adventures, which offers small adventurous trips across the globe, now allows for full cancellation just 31 days before departure.

The past year has also forced many operators to rethink how they look after travelers, in the hope that when travel resumes, their customers will remain loyal and be ready to hit the road.

The advent of slow travel

Could we see a return to longer, more considered vacations?

This is what tour operator Responsible Travel describes as “Milestone Travel:” a reversion to the way we used to vacation, going on fewer, longer trips and taking time to explore a destination rather than just rattle through the sights on a smash-and-grab weekend away.

The past year has allowed travelers and operators to look at this more considered approach, while tourists have been unable to indulge in emissions heavy city breaks.

With budget airlines reporting colossal losses and enduring health concerns around traveling too frequently without a Covid vaccine, the latter are not likely to make a swift comeback.

Instead, the focus will be on offering more sustainable breaks that help local communities.

A reckoning for bargain bucket travel

As airlines rack up losses and tour companies big and small are forced out of business, the days of a cheap getaway look set to be a thing of the past.

While this may pose issues for the democratization of travel, it also helps to highlight that traveling is a privilege and should be treated as such.

Travel has become almost throwaway in the past decade. So paying extra to ensure sustainability and conservation goals are met in countries like Rwanda and Kenya, or realizing that regular cheap flights can do real damage to the environment, are not bad lessons to take from this most difficult of years.

Reading about travel is a great way to inspire the traveler within.

A lack of travel and more time spent at home means that many travelers have had ample time to find inspiration for when they’re finally given the go ahead.

While travel itself hasn’t really been possible in 2020, reading about it has, and there have been plenty of brilliant books to help fire up the traveler within.

Jessica J. Lee’s beautiful “Two Trees Make A Forest,” about migration, memory and her time spent retracing her grandparents’ footsteps in Taiwan won the prestigious Boardman Tasker Prize and will get readers dreaming of long hikes through spectacular forests and over high mountain passes.

Dan Richards’ “Outpost” is the ideal book for those keen on keeping up 2020’s isolation in some of the planet’s most remote places, from Svalbard in the Arctic to Desolation Peak in the United States.

Pico Iyer’s “Autumn Light,” a meditation on loss and an exploration of everyday Japan, is perfect for those keen to spend time in Asia once this whole thing blows over.

From staycation to babymoon, travel loves a tortured portmanteau. So it’s no surprise that in a year that’s seen everyone told to work from home, the industry has dreamed up another questionable marriage of two words: Bleisure.

The word may be nonsense, but the concept isn’t. Hotels and destinations are pushing the idea that you can combine business and leisure by hitting the road, working from your hotel room and then heading out to explore as you would on vacation.

“Digital nomads” have been heading to places like Ubud in Bali for years, realizing they can work anyway that has a solid internet connection.

Now big name properties, such as The Standard in New York, which has converted its penthouse workspace into a yoga studio and The Hoxton’s Southwark hotel in London, which has a new co-working space, are embracing remote workers who want to take their work away with them, but also kick back when they get a spare moment.

An end to cruising as we know it

German cruise ship MV Artania was among the many that experienced a coronavirus outbreak onboard this year.

Cruises already had a spotty reputation before the Covid-19 pandemic.

But as over 300 ships docked, or were left out at sea as the virus worked its way through those on board, it became clear that this industry would perhaps be more profoundly affected than any other within the travel sector.

Meanwhile, the free-for-all buffet will be a thing of the past, making things safer for everyone on board.

A trend towards smaller ships could also help maintain delicate ecosystems. Venetians would not be sorry to see the larger boats forced to dock away from St Mark’s Square. 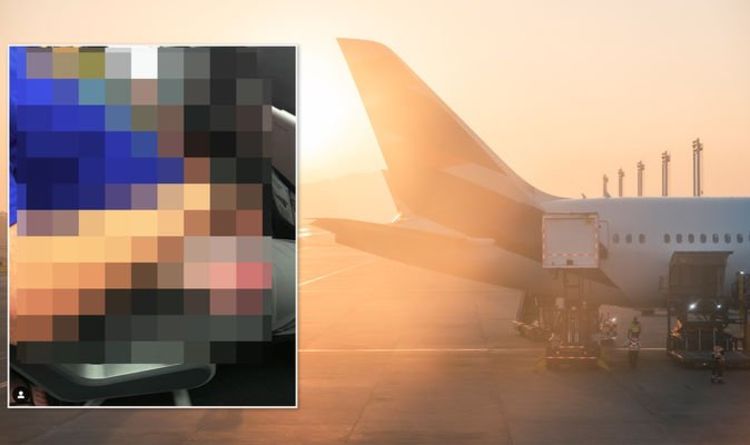 Flights are not always comfortable if you’re travelling in Economy class due to the lack of space given to each passenger. This […] 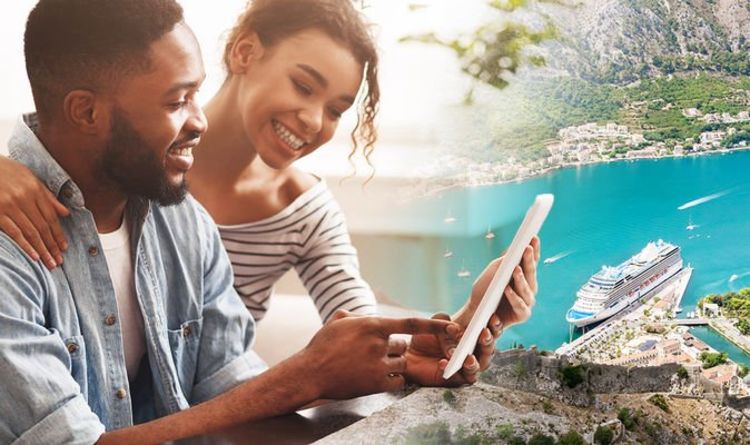 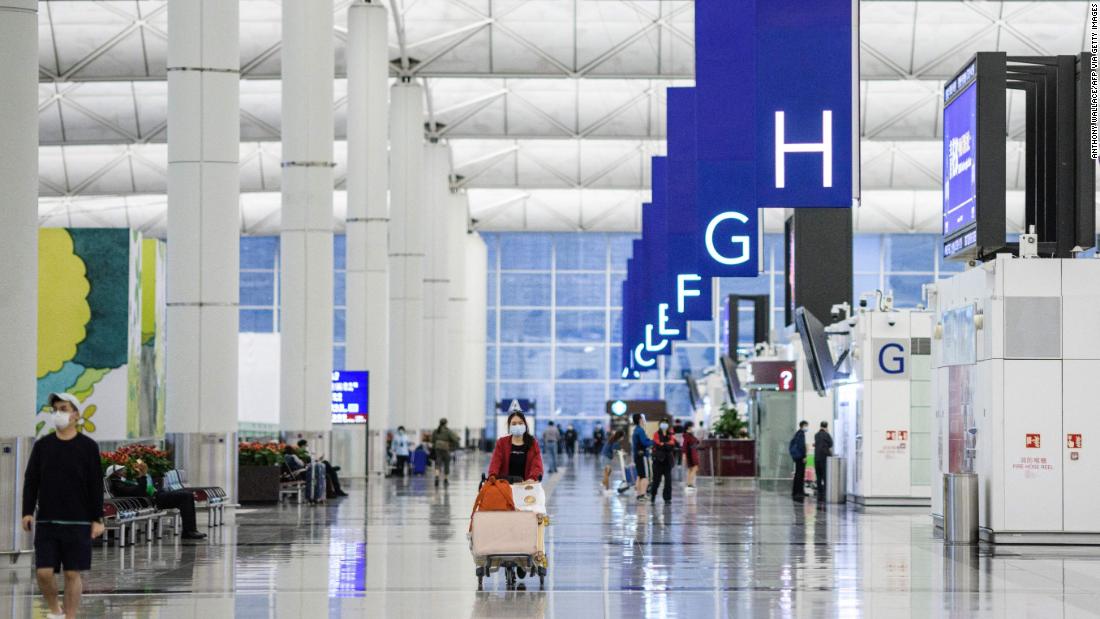 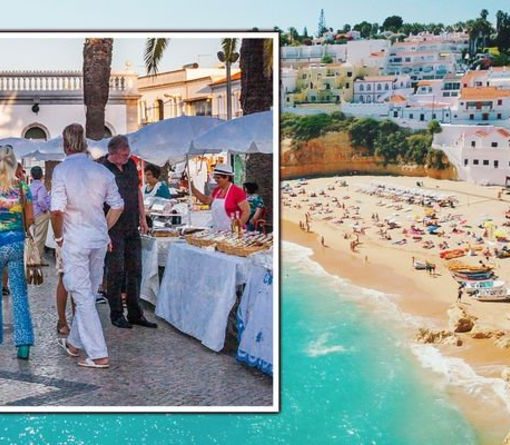 Portugal holidays are now once again back on the cards. Portugal has been removed from England’s travel red list, the Department for Transport […]