Graham Potter tells us that Connolly felt his groin yesterday […], so he takes a rest, while Burn is there to add height against the aforementioned shtarkers. Moyes won’t confirm the reversion to a back five, but wants his players to play as they’ve been doing but to finish better.

So where is this game? For Brighton, it’s about trying to pick holes in the blanket of shtarkers West Ham string across the middle of the pitch; I daresay they’ll try and keep their three attackers fairly central, looking to cause trouble with weight of numbers.

West Ham, meanwhile, will be looking down the inside and outside of Brighton’s wing-backs, and seeking to take advantage of their numerical advantage in midfield. The more I look at this, the harder the match-up looks for the visitors.

Leeds v Burnley is done, with the win vaulting Leeds up the table from 16th to 11th.

I’m really looking forward to watching Ben White today, who looks a real talent. It won’t happen because Gareth Southgate is manager, but given England have no serous centre-backs, there ought to be a place or two available in the starting XI for the Euros, never mind the squad.

Elsewhere, Patrick Bamford’s fifth-minute penalty put Leeds in front against Burnley, and with five minutes to go, that remains the case. Rob Smyth has the latest….

As for Brighton, Graham Potter makes two changes: Dan Burn replaces Joel Veltman at wing-back and Danny Welbeck is in for Aaron Connolly at centre-forward, the star on top of their Christmas tree. He’s looking in decent nick, and with Maupay and Trossard behind him, and plenty of scope for the touch and combination play that makes him so much fun to watch when he’s on it.

So West Ham make just the one change from Monday night’s defeat at Chelsea, Pablo Fornals dropping out and Ben Johnson – a nephew of Paul Parker and cousin of Ledley King – coming in. That tells us Michail Antonio is still injured and means a change back from four defenders to five, though I’m a little surprised that we’re not seeing an extra attacker as a consequence – or maybe I just think we all deserve 90 minutes of Saïd Benrahma. OK, I do, and I can see why Moyes will reckon that if he keeps things solid, his players will find enough edge to win, but also, give us 90 minutes of Saïd Benrahma please.

Just when we think there’s nothing more 2020 can do to surprise us, it allows to write the words “West Ham v Brighton” with the prefix “highly anticipated”. Not by everyone, granted, but by anyone who’s spent any serious time watching these enterprising and idiosyncratic outfits.

West Ham are the very model of a modern David Moyes team – disciplined and dogged but also full of creativity and conviction, full of physical monsters with artistic sensibilities. They’ve had a fine season so far, and though a win today won’t move them up beyond the 10th spot they already occupy, they’ll fancy themselves to reel in at least a couple of the clubs who currently sit above them. Things are working well.

Brighton, meanwhile, are in a more parlous position, clear of the relegation zone by just a point with today’s game in hand. Given the state of Sheffield United and West Brom, the likelihood is that there’s only one relegation slot up for grabs, which is the good news; the bad news it that it’s only them, Fulham and Burnley contesting it, and there’s no good reason to believe the latter won’t escape it pretty easily.

The thing is, Brighton have some lovely footballers – Yves Bissouma, Neal Maupay, Leandro Trossard and Daniel Welbeck among them – which is why that, of the teams in the bottom seven, only Leeds have scored more goals. And Brighton’s defensive record isn’t dreadful either – of the teams in the bottom nine, only Arsenal and Burnley have conceded fewer. Their problem has been not scoring at the right times and conceding at the wrong times, a malady encapsulated by last weekend’s behaviour: given 50 minutes to score against a team with only one point to its name, they then conceded the first goal and had to rely on an 87th-minute scramble to snaffle a point.

With their direct competitors both in decent nick, they can’t keep tossing points, but there are few less pleasant teams to play against than West Ham. They’ll have to go some to get out of this one better off than when they started.

Welcome, then, Thomas. At times such as these it is traditional to say something along the lines of: “If the manager wasn’t […] 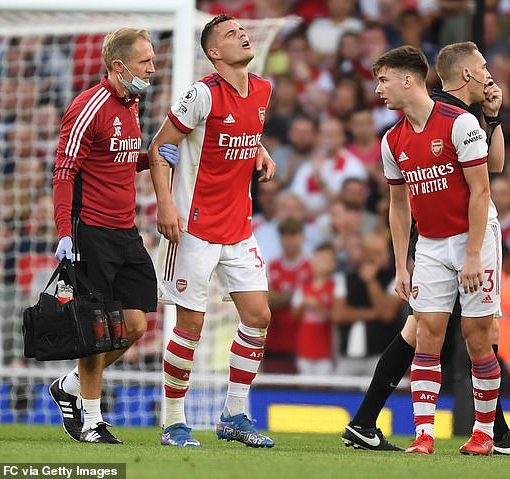