Jose Mourinho accused his Tottenham’s players of lacking ‘ambition’ after their title tilt suffered another setback against Wolves.

Spurs threw away the chance to move up to third – and close the gap on league leaders Liverpool to four points – after Romain Saiss’ 86th-minute header secured Wolves a 1-1 draw at Molineux.

Tanguy Ndombele had put Spurs ahead, firing home from the edge of the area with only 57 seconds on the clock but failed to build on the lead, not managing a single shot on target after the 21st minute of the game. 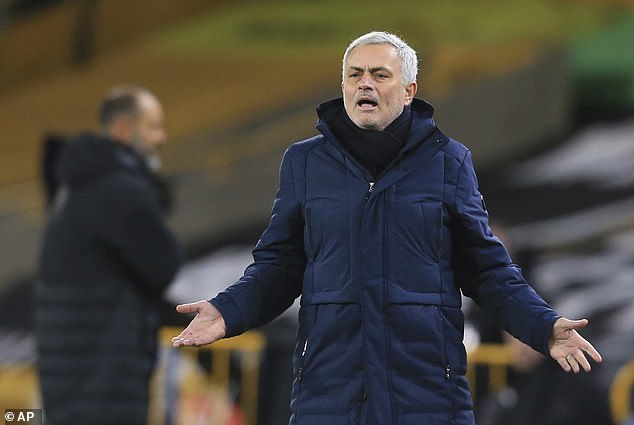 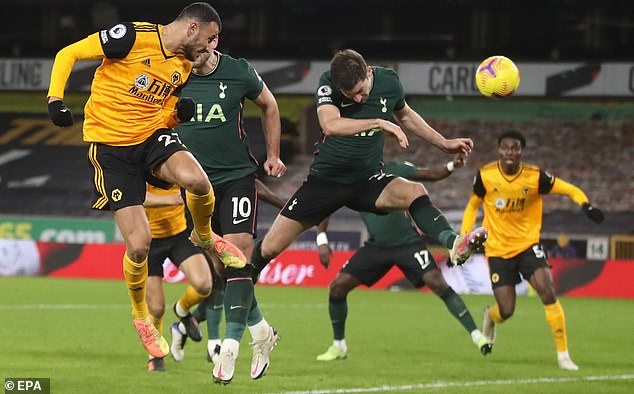 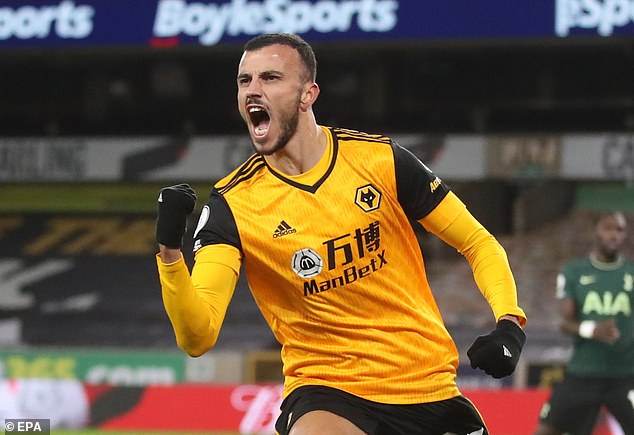 It means Spurs, who have now gone four games without a win, sit fifth after they failed to take advantage of Liverpool’s draw earlier in the day.

Mourinho’s side have now dropped nine points this season with goals conceded in the final 10 minutes of a game – the most of any Premier League side.

‘I am frustrated with the result, we had control of game, we had 89 minutes to score more goals and we didn’t,’ Mourinho said. ‘It’s not just about not scoring but also not being dangerous and ambitious and for me that’s the problem.

‘But I don’t think is very, very obvious to go in that direction and not to go in other directions. The other direction for me is you score a goal in the first minute, you have 89 minutes to score more goals and we didn’t. 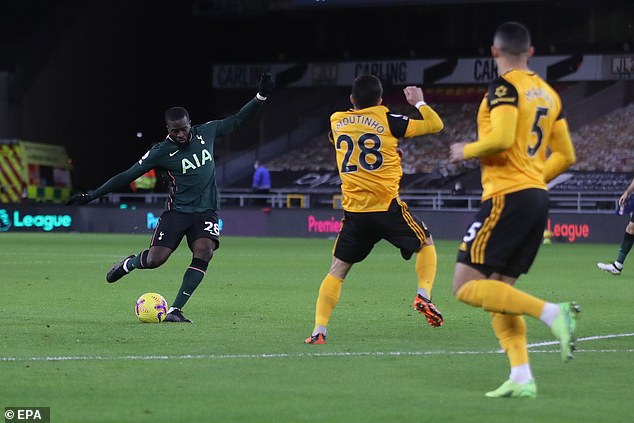 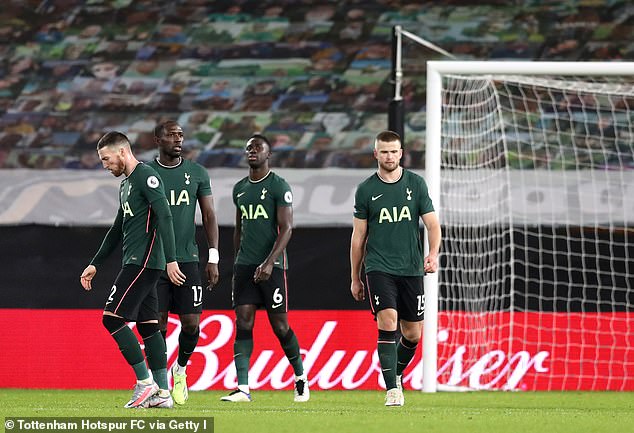 Mourinho’s side have now dropped nine points this season with goals conceded in the final 10 minutes of a game – the most of any Premier League side.

‘It’s disappointing (to concede as they did) and tomorrow we are going to have a similar meeting of other meetings we’ve had and we’re going to practise the same thing we practised that we have after other situations. But we have 89 minutes to score more goals.’

Spurs didn’t build on their bright start to the game and Mourinho insisted his frustrations wouldn’t have changed even had they held on.

But he was prickly when asked about the lack of attacking threat posed, telling Sky Sports: ‘I know the way I prepare the team I know what I ask from the players. I know what I told them at half time and I say no more than that. I give credit to Wolves but we did not have that ambition or desire to go for more.

‘You know me. You know the way I work, I do not want to say much more about it (the equaliser). 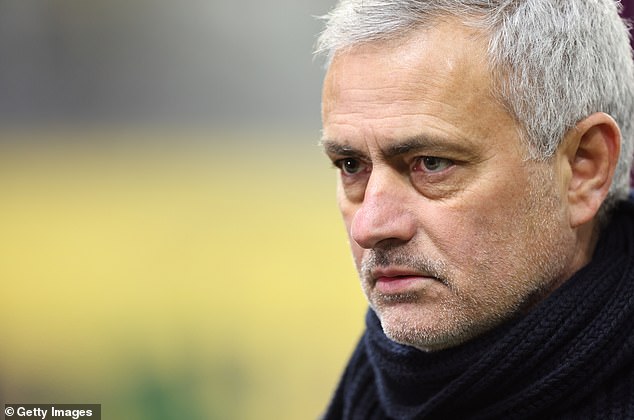 On their habit of conceding late on, he added: ‘Of course it’s a concern but it’s more of a concern the fact we score early goals and don’t kill matches… you must have a go and it’s as simple as that.’

Defender Matt Doherty added: ‘It’s a missed opportunity. We needed to win the game and we backed ourselves to see it out even though we didn’t play that well.

‘It’s very frustrating, such a late goal and from a set-piece again. We were only 1-0 up so it has cost us two points.’

The USGA normally has to wait until June before the annual necessity to hunker down as criticism flies from all directions. The […]

See the three figures out on the green grass of Manchester United’s Carrington training base. Working in the hot June sun. Two […] 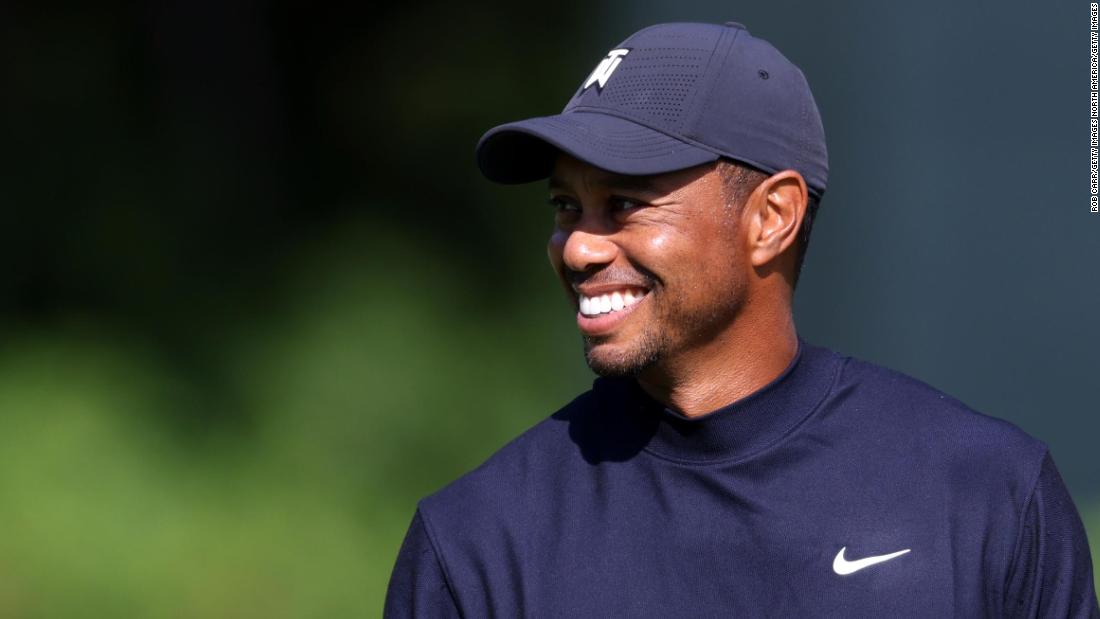 Instead, it’s the home of the first public golf course designed by Woods — based in Ridgedale, Missouri near the Ozark Mountains […] 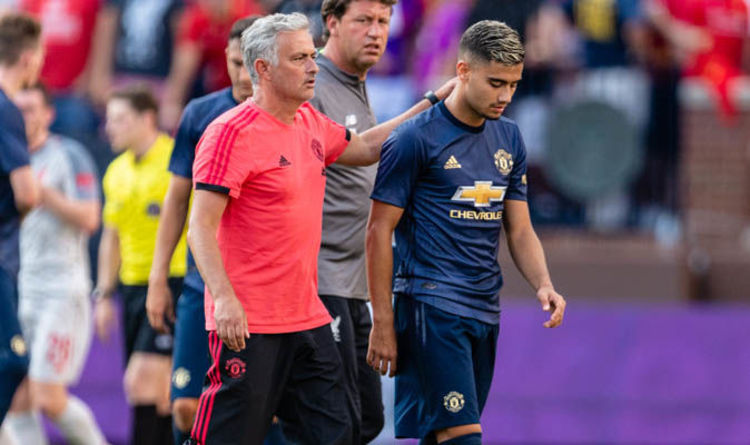 The 22-year-old spent the previous campaign on loan with Valencia, making 29 appearances that included one goal and five assists. He featured […]