Is a second stimulus check still going to happen? President Donald Trump’s repeated demands this week that the combination COVID-19 relief package and federal spending bill toss out its $600 second stimulus check in favor of a $2,000 direct payment has pushed an already teetering situation to the very edge.

The situation, however, is anything but simple. The bill was overwhelmingly passed by members of Trump’s own Republican party. Treasury Secretary Steven Mnuchin represented the White House administration during negotiations. And time is running out to amend the bill or override a veto — which Trump has not said if he intends to do — in the eight days before a new Congress is sworn in on Jan. 3.

With the clock ticking, uncertainties abound. If Trump were to change his mind at the final moment and sign the current bill, how quickly could the IRS send the first wave of checks? What’s this about a Jan. 15 IRS cutoff? How much money could you really get, $2,000 or $600, and can you calculate your stimulus check total now? Which rules have changed in the $900 stimulus bill that could make new people eligible to receive a second stimulus check — or disqualify them completely?

There are some facts about a second stimulus check we can sort through right now, based on the text of the current bill and the first stimulus check. We’ll even share what we know about a third stimulus check (yes, you read that right), your stimulus check rights and other important details. This story updates often with the latest information.

Could Congress raise the second stimulus check amount to $2,000 per person?

The bill has already been approved by Congress, and standalone amendments would be difficult to pass through both chambers, especially with only 8 days left in the term for the current (116th) Congress.

On Monday, House Speaker Nancy Pelosi will bring a bill for a $2,000 stimulus check to a vote in the Democratic-led House of Representatives, she said Thursday. It isn’t expected to be taken up by the Republican-led Senate, potentially teeing up an uncomfortable impasse between Trump’s desires and those of lawmakers in his party.

Here’s where the effort to raise the $600 second stimulus check amount to $2,000 stands.

Will Trump sign the stimulus bill? Three things could happen

In truth, anything is possible. Trump has a history of unpredictability and has been known to abruptly change his mind, as he did in October when he suddenly stopped stimulus bill negotiations while being treated for COVID-19, only to offer a deal days later. Here are some potential outcomes.

The second stimulus check Congress approved on Monday as part of the new $900 billion bill clearly reduces the total amount you will get: half the first check. That’s up to $600 per qualifying adult and $1,200 for married couples filing jointly.

The figure is largely based on your tax status and on a sliding scale similar that gives you the full amount up to a certain income limit, and then a partial payment up to a set amount beyond that. After a certain amount, you wouldn’t be eligible for any amount. This is determined by a mathematical equation written into the bill, and follows the same formula as the first check. However, the fact that the $600 upper cut-off limit is half the first check actually lowers the income ceiling for getting a partial check, and for getting any check at all. We have a stimulus check calculator to estimate your household’s payment this second time around.

In other words, fewer people would be eligible to receive any amount from a $600-maximum stimulus check than they would a $2,000-maximum payment. For example, a single taxpayer would still get the full $600 with an AGI under $75,000, but they would not receive anything above $87,000, down from the $99,000 cap for the first check. See our guide for a breakout of the payments. A $2,000 stimulus check that uses the same formula would make more people eligible for a partial check.

There may be additional changes to your life circumstances in the past nine months that could mean you and your family may not be eligible for a second stimulus check.

Your kids could count for more money than the first check

The $900 billion set aside for economic stimulus changes the amount of money you’d get for child dependents, a flat rate of $600. This is different from the variable rate set for eligible adults. Compared to the first direct payment, this is an increase from $500 per child dependent 16 years or younger. There is no cap on the number of children 17 and under who would contribute the household’s total.

A third stimulus check in 2021 already has Biden’s support

No matter what happens with this current bill, Congress is expected to take up another relief effort in 2021, after President-elect Joe Biden is sworn in.

“This bill is just the first step, a down payment,” Biden said on Tuesday of the $900 billion stimulus bill, promising to push for more aid in 2021. Biden also committed to a third stimulus check in 2021, but whether it happens or for how much depends on the appetite of a new Congress to continue to support the economy.

With the first check, the IRS was tasked to create an online registration and payment tracking tool, as well as a payment schedule for more than 160 million people. It took 19 days before the first wave of payments was delivered.

Now that the tracking tool is up and running and the system is in place, the first stimulus deliveries could go a week after a bill is approved, starting with direct deposit. On Monday, Treasury Secretary Steven Mnuchin confirmed that those with banking information on file with the IRS will get their checks quicker.

“The good news is [direct deposit] is a very, very fast way of getting money into the economy” Mnuchin said. “Let me emphasize: People are going to see this money at the beginning of next week.” This promise won’t hold true if Trump doesn’t sign the bill.

A big catch: There’s a Jan. 15 cutoff for the IRS to send a check

Language in the stimulus package would prevent the IRS and US Treasury from sending the second stimulus check after Jan. 15, 2021. The longer it takes the bill to become law, the less time the government will have to send an enormous volume of stimulus money.

Although Mnuchin promised delivery of stimulus checks within three weeks of sending them, assuming the $900 billion stimulus bill became law, that may not be realistic for tens of millions of people — or even possible. After all, the IRS can only process so many physical checks at once. The rate is 5 to 7 million a week, according to a GAO report from June.

Those who receive a paper check or prepaid EIP card in the mail could begin to get their payments starting a week or more after a bill becomes law. Anyone who doesn’t get a check by that cut-off would need to claim their second stimulus check along with their 2020 tax filing. The later you file taxes, the longer it might take to get a second stimulus check.

Here’s what you can do now to help speed up the delivery of your personal check.

The IRS likely to schedule checks by different payment groups

Eligible Americans got the first stimulus money at different times, based on five de facto priority groups. Once the bill containing a second check is signed into law, the IRS will use a similar approach. For example, people who have set up direct deposit with the IRS — an electronic transfer of funds into their bank account — will get their payment first, followed by the rest. Some people may experience a bigger holdup. Here’s a more detailed explanation of the payment groups.

If you’re missing money from your first check, you can claim it… in 2021

Guess what? The IRS might still owe you money from the first stimulus check payout. It may be that some money was left out for child dependents, or that an interpretation of a rule changed (this really happened). Or it could be that you fell through the cracks with your personal situation, that you didn’t think you qualified but you actually do and just need to take an extra step, or that some other error kept you from getting the total amount you were entitled to. Since the Nov. 21 deadline to file your claim has passed, you’ll now need to wait until tax season in 2021 to register for a payment from the IRS. Stay tuned for more information as we get closer.

You don’t have to file taxes to meet the requirements

While taxes and stimulus checks are tied together, you don’t need to have filed a tax return to qualify for a check. If you’re over age 65, for example, and receive Supplemental Security Income or Social Security Disability Insurance, you could still qualify for a stimulus check under the CARES Act. You might need to take an extra step to request your payment (you had until Nov. 21 for the first batch) to get your check. We’ve asked the IRS for details.

Your 2020 stimulus check is not taxable income

There are many important rules and exceptions

Now that a second stimulus check is approved, there will be lots of small details, rules and exceptions that may be confusing. While some situations will be easy to understand, others concerning you and your dependents might make it unclear if you’re eligible and how much money you might receive because there are many fringe cases.

In most cases, your check is yours to spend or save how you want and it isn’t taxable. But there were a few situations where the state or federal government or a debt collector can take all or part of your first check to cover a debt, such as if you owe child support. However, with the second check, the money can’t be used to pay past-due federal or state debts, and the payments are protected from bank garnishment and from private creditors or debt collectors.

This formula helps calculate the size of your first payment

Predicting what your payment could end up being isn’t straightforward. The IRS used a formula to determine how much stimulus money you got for the first check and is doing something similar for the second checks. Try our second stimulus check calculator to get an idea of the size of your payment.

The calculation starts with your household’s total adjusted gross income, adds on the money allotted to qualifying child dependents and then deducts from the total based on your income bracket. 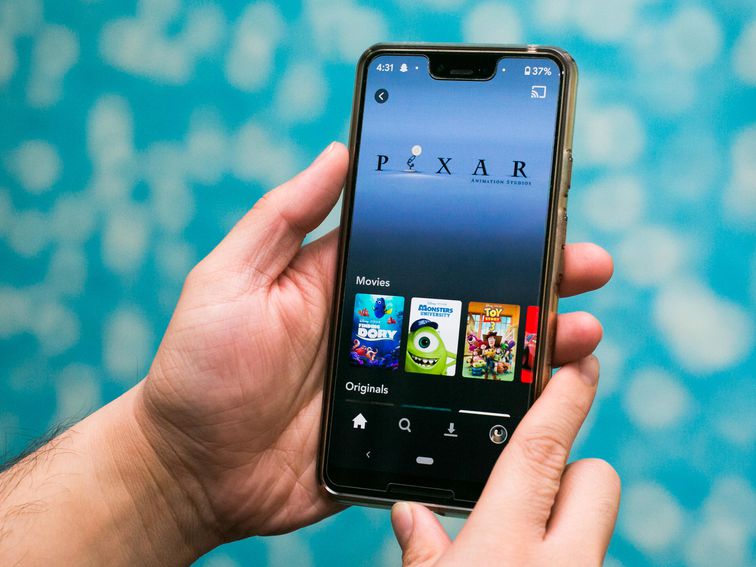 You subscribed to Disney Plus, watched every Marvel movie and now want to cancel it. But the steps you take to quit […] 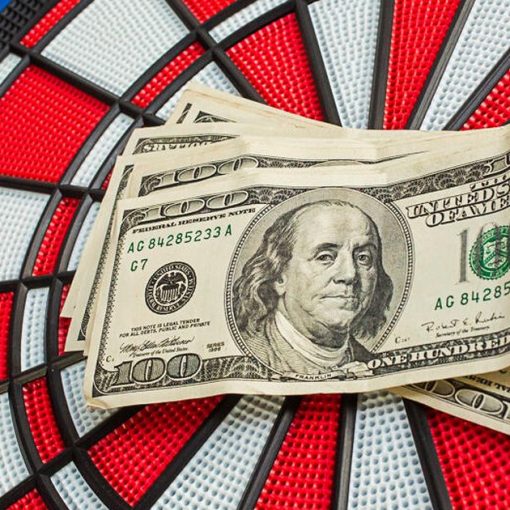 Will minimum wage workers see a pay raise anytime soon? Sarah Tew/CNET An amendment to add an increase to the federal minimum […] 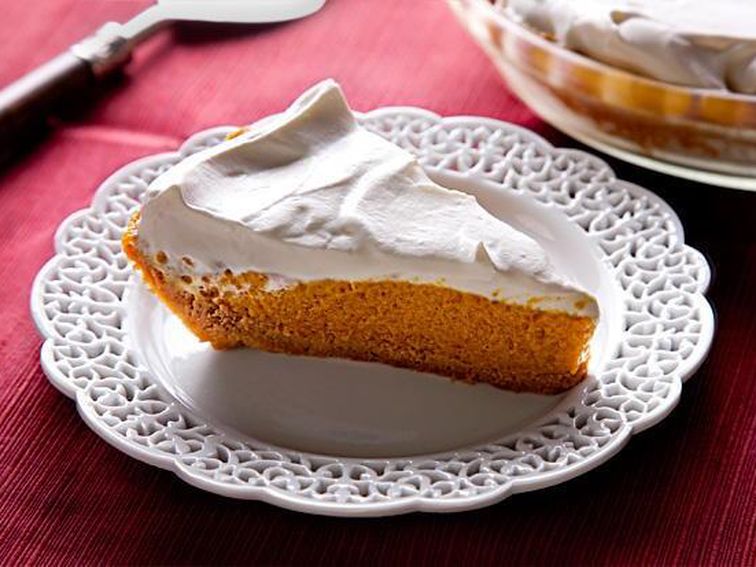 These Thanksgiving tips will help you be less stressed. Chowhound This story is part of Holiday Survival Guide 2019, featuring tips on […] 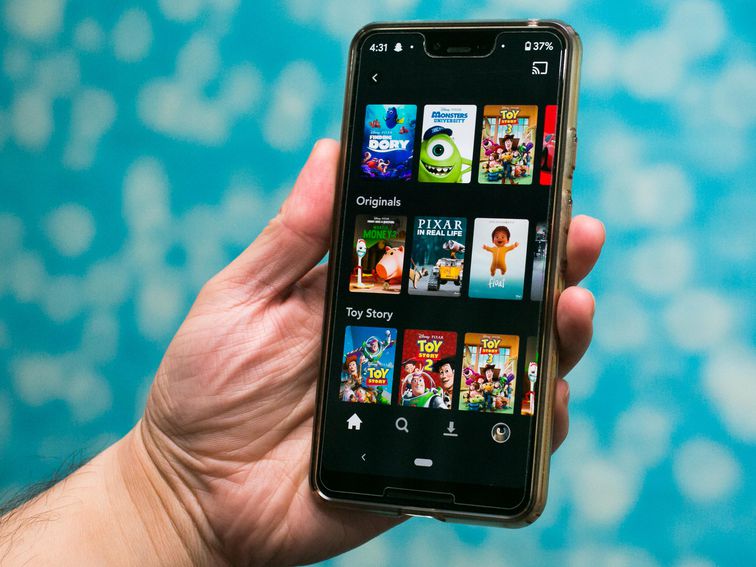 You can watch all your favorite Disney Plus movies and shows on multiple devices. Sarah Tew/CNET Disney Plus has firmly found its […]