The pardons extend Trump’s streak of wielding his clemency powers for criminals who are loyalists, well-connected or adjacent to his family. While all presidents issue controversial pardons at the end of their terms, Trump appears to be moving at a faster pace than his predecessors, demonstrating little inhibition at rewarding his friends and allies using one of the most unrestricted powers of his office.

The pardons of Manafort and Stone reward two of the most high-profile and widely condemned former advisers of the President, both of whom were indicted by special counsel Robert Mueller, went to trial and were convicted by juries of multiple crimes.

Manafort, who is serving home confinement, admitted his crimes and initially agreed to cooperate with Mueller then lied to prosecutors, while Stone never cooperated after lying to Congress to protect the President. Manafort spent close to two years in prison for bank and tax fraud, illegal foreign lobbying and witness tampering conspiracies before being released because of the Covid-19 pandemic, while Stone’s sentence for obstruction of Congress and threatening a witness was commuted by Trump earlier this year days before he was set to surrender.

He eventually pleaded guilty to 16 counts of tax evasion, one count of retaliating against a federal witness — his brother-in-law — and another count of lying to the Federal Election Commission.

Christie in early 2019 went on to say that Charles Kushner committed “one of the most loathsome, disgusting crimes” he had prosecuted, referring to an elaborate revenge plot that the older Kushner hatched in 2003 in order to target his brother-in-law, William Schulder, a former employee turned witness for federal prosecutors in their case against Kushner.

As a part of the plot, Kushner hired a prostitute to lure Schulder into having sex in a Bridgewater, New Jersey, motel room as a hidden camera rolled.

A tape of the encounter was then sent to Kushner’s sister and Schulder’s wife, Esther. Ultimately, the intimidation stunt failed. The Schulders brought the video to prosecutors, who tracked down the woman and threatened her with arrest. She promptly turned on Kushner.

Beyond the high-profile pardons, Trump also pardoned more than 20 other individuals, including those who had pleaded guilty to various cyber crimes, firearm possession and mail fraud. He also commuted the sentences of three others.

The wave of pardons Wednesday evening comes after Trump used his expansive pardon powers Tuesday for a list that included former campaign aide George Papadopoulos, former US congressman Chris Collins, and the four Blackwater guards involved in the Iraq massacre.

Also in that batch were Alex van der Zwaan, the Dutch lawyer who was sentenced to 30 days in jail after pleading guilty to lying to Mueller investigators; two Border Patrol agents convicted in 2006 of shooting and wounding an unarmed undocumented immigrant and then covering it up; and several people convicted of non-violent drug crimes serving lengthy sentences.

The crush of pardons, poised to be a defining facet of Trump’s final weeks in office, follows a flood of calls and emails into the West Wing from people looking to benefit from the President’s broad clemency powers.

So inundated is Trump’s staff with requests for pardons or commutations that a spreadsheet has been created to keep track of the requests directed to Trump’s close aides.

The President, who refuses to acknowledge his loss and who officials say is devolving further into denial, has nonetheless been eager to engage on who is requesting what.

The pardons Trump has given this week for Mueller investigation defendants follow a years-long pattern of Trump encouraging and rewarding his associates to refuse to help federal investigators on matters of national security, if they relate back to him.

Mueller, in his final report, documented extensively how Trump had signaled to Manafort and to Stone about the possibility they could receive pardons during their criminal proceedings if they stuck with him. Trump had even commended Stone for having the “guts” not to testify against him, and Mueller wasn’t able to conclude whether Trump and Stone both lied about their conversations in 2016.

The Manafort and Stone pardons also play into Trump’s crusade to undermine the findings of the Mueller investigation. Both men had been prime targets whom investigators believed could have shared the truth about still unresolved questions around the President’s campaign and Russian election interference if they had been willing.

Prosecutors were never able to determine if Trump had learned in advance from Stone about planned releases from WikiLeaks of Democratic emails stolen by the Russians, and couldn’t determine why Manafort shared internal campaign polls or discussed American policy in Ukraine with a Russian associate during Trump’s run for office.

Commenting on Stone’s crimes at his sentencing, federal Judge Amy Berman Jackson described how Congress, the Justice Department, the judiciary and the American public should care to see just punishment for people like Stone who did not tell the truth.

“Everyone depends on our elected representatives to protect our elections from foreign interference based on the facts. No one knows where the threat is going to come from next time or whose side they’re going to be on, and for that reason the dismay and disgust at the defendant’s belligerence should transcend party,” Jackson said.

Manafort’s long-time deputy, Rick Gates, who served in top jobs on the 2016 Trump campaign and inauguration and became one of Mueller’s most significant cooperators, has not received clemency from the President

As for Stone, the President had commuted Stone’s sentence in July just days before Stone had been set to report to a federal prison in Georgia to serve a 40-month sentence.

Stone was convicted in November 2019 of seven charges — including lying to Congress, witness tampering and obstructing a congressional committee proceeding during the Russia investigation. Among the things Stone misled Congress about were his communications with Trump campaign officials — communications that prosecutors said he had hidden out of his desire to protect Trump.

He was indicted in January 2019 after armed FBI agents arrested him at his Florida home. Trump’s possible knowledge of Stone’s efforts to get leaked Democratic documents during the 2016 presidential campaign was a major question in the Mueller investigation, one that Democrats on Capitol Hill still want to investigate. In more recently released findings from Mueller, the special counsel documented how he looked at whether Trump had lied in written answers about his conversations with Stone. As President, Trump could not be charged with a crime because of departmental policy, Mueller said, and the special counsel’s office never pressed him for testimony.

Manafort, meanwhile, was convicted by a jury of tax and banking crimes in August 2018, then pleaded guilty to conspiracy against the US and conspiracy to obstruct justice.

As part of a plea deal cut in September 2018, Manafort admitted to money laundering, tax fraud and illegal foreign lobbying connected to his years of lucrative work as a political consultant for Ukrainian politicians, including a former Ukrainian president who sought refuge in Russia, as well as defrauding banks to supplement his income with cash through mortgages.

He also agreed to cooperate with the prosecutors from Mueller’s office — before lying during those interview sessions. A federal judge ruled his intentional lies voided his earlier plea deal.

Manafort was first sent to prison in June 2018 when prosecutors discovered he was conspiring with a Russian-intelligence-connected colleague in Moscow, Konstantin Kilimnik, in an attempt to coax witnesses who might testify against him. Kilimnik was also charged by Mueller. He has not received a pardon.
Manafort was eventually sentenced to 7.5 years in federal prison, but he moved to home confinement in May when the Justice Department released several nonviolent inmates because of the coronavirus pandemic.

Andrew Weissmann, the ex-prosecutor who oversaw Manafort’s prosecution in the Mueller investigation, has alleged that the former Trump aide received special treatment from the Justice Department following his imprisonment. 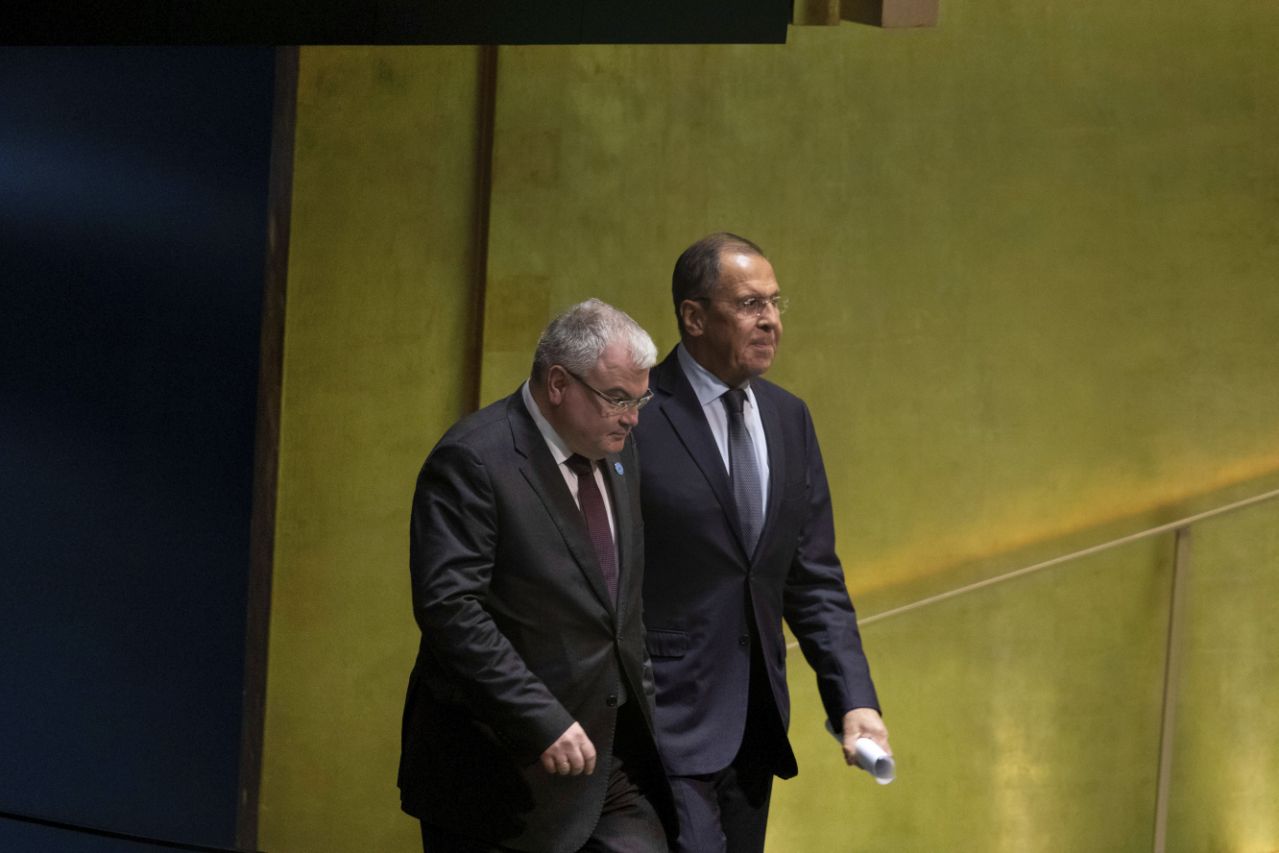 UNITED NATIONS (AP) — Russia’s foreign minister took aim at the West on Friday, saying its philosophies are out of step with […] 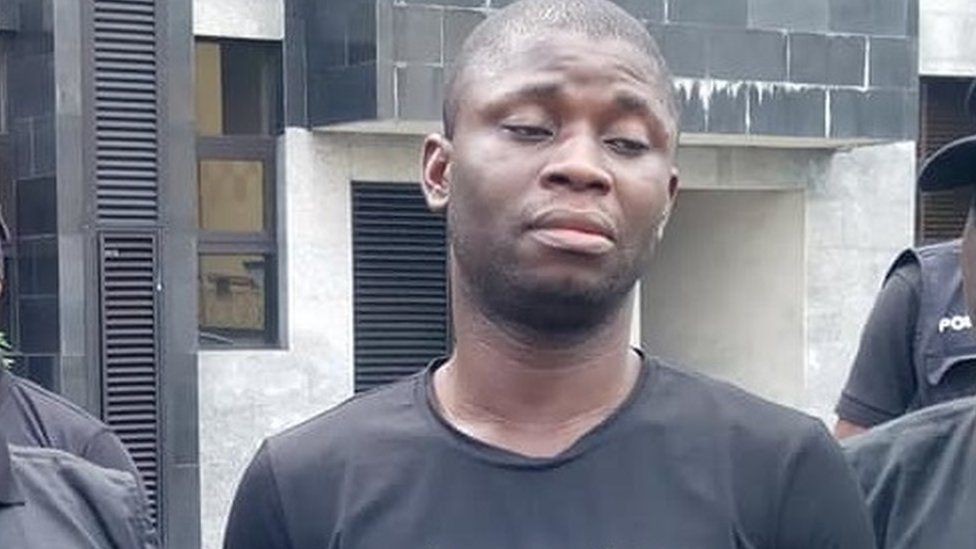