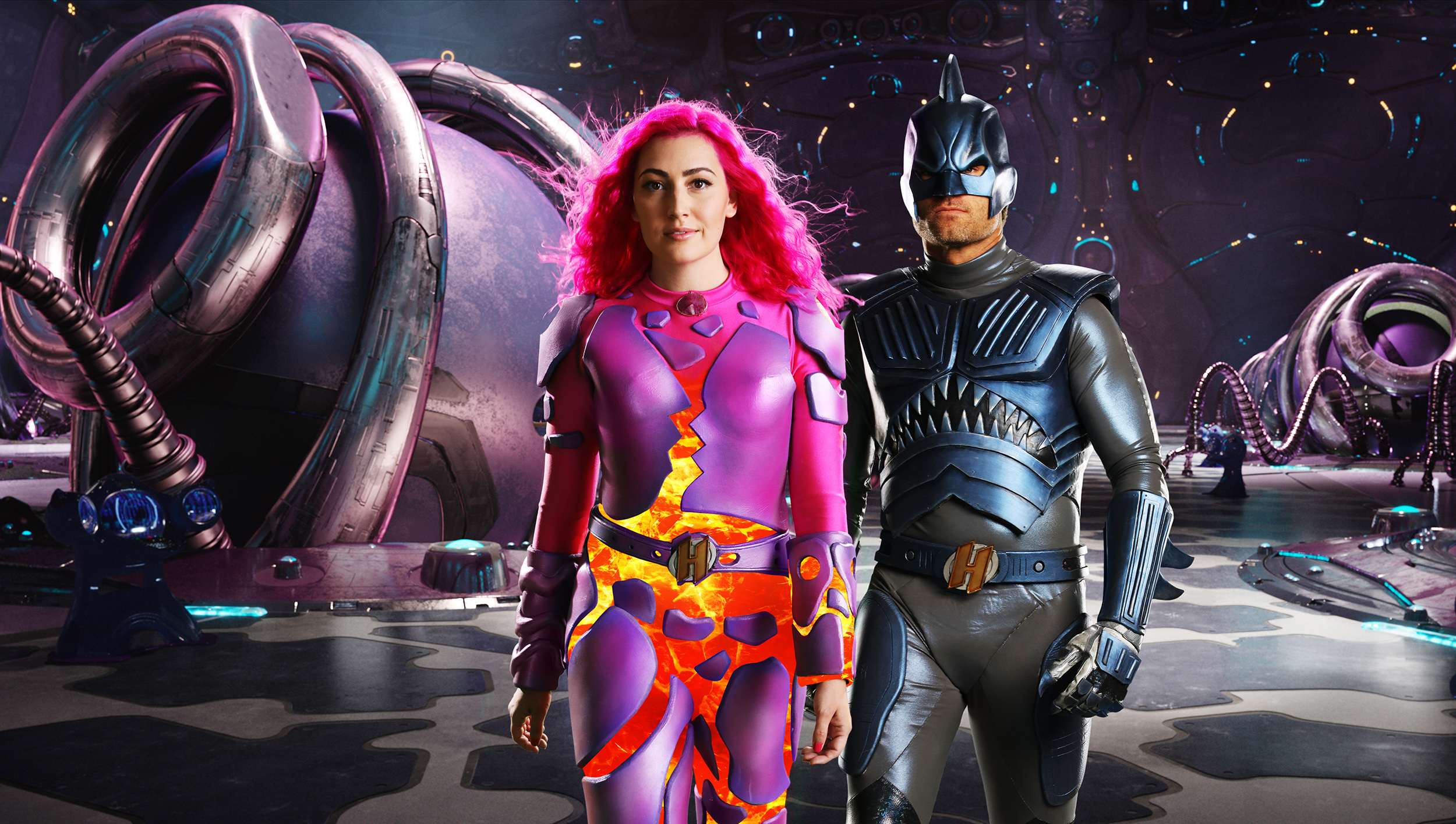 The trailblazing Latino filmmaker Robert Rodríguez has established himself as a disruptor in the industry, carving an influential space for himself and for many Latino actors in an industry that is not known for its diversity.

Rodríguez’s remarkable, 30-year trajectory started with his first feature film, “El Mariachi,” which reached commercial success in the early 1990s after grossing $2 million against a budget of $7,000.

Doing more with less has become part of the idiosyncrasy that defines his work; he went on to do “Desperado,” “Four Rooms” and “From Dusk Till Dawn” — movies that helped Salma Hayek, Antonio Banderas and Danny Trejo become established Hollywood actors. Then in 2001, he embarked on what became the successful “Spy Kids” trilogy. In the same spirit of “Spy Kids,” Rodríguez made the superhero fantasy film “The Adventures of Sharkboy and Lavagirl” in 2005.

For his newest Netflix film, “We Can Be Heroes,” premiering on Christmas Day, Rodríguez told NBC News that he found himself revisiting the notes and journals he kept while doing “Spy Kids” and “The Adventures of Sharkboy and Lavagirl.” Tapping back into some of those sources of inspiration was crucial for creating “something that just feels like those films, but it’s still new and fresh for today.”

“We Can Be Heroes” is a heartfelt action comedy that follows whip-smart tween Missy Moreno (YaYa Gosselin) on her journey to rescue her superhero dad, Marcus Moreno (Pedro Pascal), after alien invaders kidnapped him and all of Earth’s superheroes. These include Sharkboy (JJ Dashnaw) and Lavagirl (Taylor Dooley), who are adults in the new film. Missy teams up with 10 other superkids, whose parents were also kidnapped, to create a new organically diverse superhero team.

Rodríguez drew inspiration from his five children to create a story full of wholesome moments and fun unexpected plot twists. His youngest daughter, Rhiannon, inspired Missy Moreno’s tough-guy handshake as well as the powers behind a few other superkids.

He said that Rhiannon is constantly making funny faces, has an incredible singing voice, and sharp drawing skills — so she inspired the characters of Facemaker, who has shapeshifting abilities, A Capella, who levitates things with her voice, and Ojo, who manifests her mysterious powers through her sketches.

“She draws nonstop on her iPad and she’s so good,” said Rodríquez of his 15-year-old daughter. “In fact, all the art you see that Ojo draws on her iPad, my daughter drew that on the set, in real time because we needed to have drawings done on the set. So, she was on the set every day making those.”

Three of his oldest children — Racer, 23, Rebel, 21, and Rogue, 16 — also played vital roles in bringing “We Can Be Heroes” to life. Racer, who created the characters of Sharkboy and Lavagirl when he was 7, is a producer on the film. Rebel, who played a younger Sharkboy in the original film, created the new movie’s score while Rogue did the set designs for the alien spaceships.

“It really was a way to capture their childhood, the fun we had and the parenting and the sort of mentorship and partnering with your children that takes place — and how they become better than us. That’s really the story of the movie,” Rodríguez said.

“I love showing mentorship in the film because as a mentor, you always end up learning more from the people you’re trying to mentor than they learn from you, so it goes both ways,” he added.

Creating his own “star system”

The 52-year-old Texan has put his Mexican American upbringing and Latino roots at the center of many of his film’s narratives, an initiative some in the film industry couldn’t quite understand, Rodríguez said.

“It was so difficult to get ‘Spy Kids’ made with Latin leads because there weren’t enough writers who were creating roles like that,” he recalled. “You don’t have to be British to enjoy James Bond. By making these characters very specific, they become very universal. That was my argument and that’s what got ‘Spy Kids’ made.”

Rodríguez took note of the “really systemic problem” early on and realized he “needed to create my own star system” in order to “give more opportunities to new voices,” he said.

“No one was creating roles for people of color like that, to be able to show that they could be a star,” said Rodríguez. “So, I had to start with ‘Desperado’ and discover Salma and bring in Antonio from Europe, bring in Cheech Marin. I had Danny Trejo in 10 movies before he became the lead in ‘Machete.’”

He founded Troublemaker Studios in 2000, which played a key role in making Austin, Texas, a filmmaking hub.

After making “Once Upon a Time in Mexico,” “Sin City” and “Machete” — which are among his most recognizable movies — Rodríguez launched his own cable TV channel, El Rey Network, in 2013 as an effort to create his own shows as well as “opportunities for other voices to gain experience in front of and behind the camera” and “train the next generation of filmmakers and voices.”

“I’m very proud of that. We tell our own stories and I think that just helps give a more well-rounded view of the world,” said Rodríguez about the Latino-infused network. “It helps people get an opportunity that normally wouldn’t be given.”

Rodríguez said he “got to where I am” by practicing a lot, making short films and sending movies to festivals. “I made a bunch of smaller movies before ‘El Mariachi.’ That was my first feature film, but I had gotten so much practice already that it had a better chance of it being successful.”

To commemorate the 25th anniversary of “El Mariachi,” Rodríguez challenged five filmmakers to make a feature film in two weeks with just $7,000 dollars, for the El Rey Network’s documentary series “Rebel Without a Crew.” He also subjected himself to the same challenge and made “Red 11,” which premiered last year at SXSW. The film is based on Rodríguez’s experiences participating in clinical drug research trials to help fund some of his early projects.

Most recently Rodríguez collaborated with the film director James Cameron on the film adaptation of “Alita: Battle Angel” and directed Lady Gaga and Ariana Grande’s “Rain on Me” music video. He also directed a highly anticipated episode of “The Mandalorian,” featuring one of the most recognizable “Star Wars” characters, Boba Fett. In 2021, he’ll be co-executive producing “The Book of Boba Fett,” a new Disney+ original series.

“We Can Be Heroes” is produced by Double R Productions, a production company he formed in 2017 alongside his sons Racer and Rebel, in partnership with Netflix.

“On Dec. 25, all families will come together and watch this movie. It’s very entertaining, it has a really strong message, there’s a very organic diversity to it. I think that anyone who watches it will see themselves and their families,” Rodríguez said. “It also continues that mission that I’ve been trying to do since the beginning.” 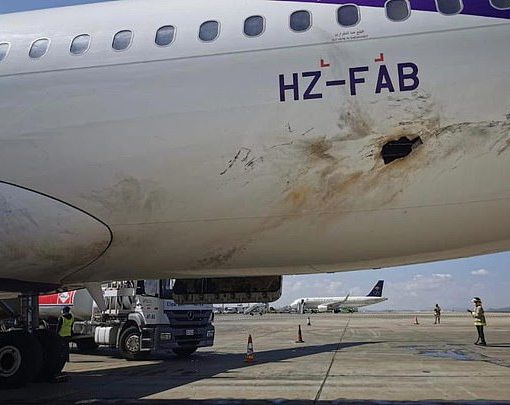 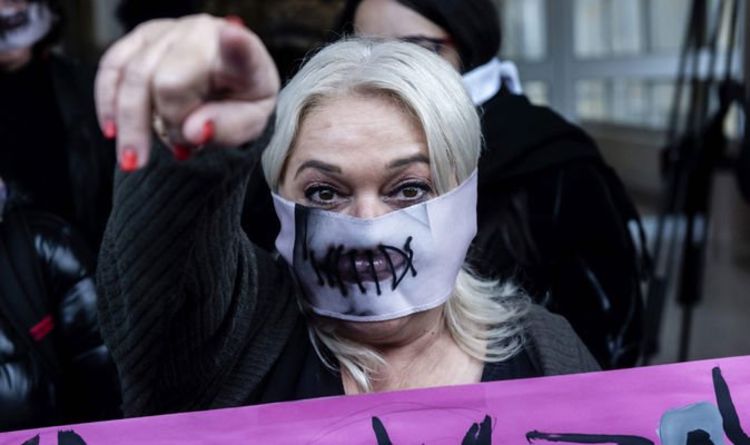 In a case closely followed by rights groups, a district court in the town of Paralimni ruled the woman, who was aged […]

Three people were killed and two more were wounded Wednesday when a gunman opened fire at a business in Edgewood, Maryland, police […]

A waiter serves food to customers at a hotel in Mumbai, India, on Monday, October 5. Rajanish Kakade/AP India on Monday recorded […]