The corn on your holiday table may have more in common with ancient wild varieties from South America than the domesticated version believed to have originated in southwestern Mexico.

It’s long been assumed domesticated maize traveled south from Central America, but a new study suggests the trade actually went in both directions.

According to researchers, these South American strains likely led to more productive varieties, making the crop more important in Central America diets more than 4,000 years ago. 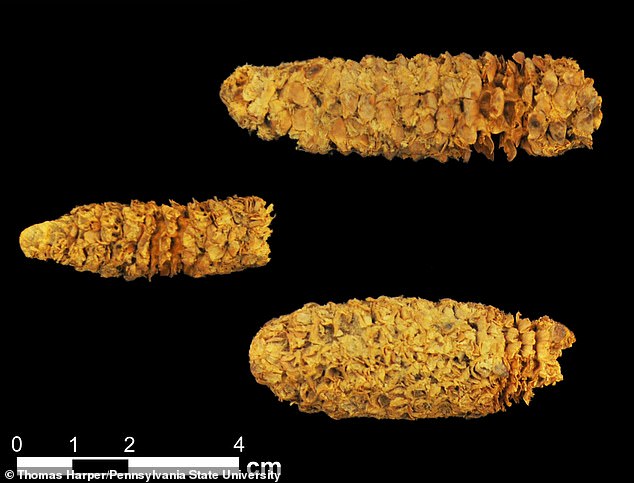 DNA analysis of 2,000-year-old corn cobs from Honduras suggests maize developed by Indigenous South Americans was being reintroduced northward back into Central America millennia after native Mexicans developed corn into a food crop

‘We show that humans were carrying maize from South America back toward the domestication center in Mexico,’ said Smithsonian archaeobotanist Logan Kistler, a co-author of a recent study published in Proceedings of the National Academy of Sciences.

‘This would have provided an infusion of genetic diversity that may have added resilience or increased productivity.’

Genetic sequencing of ancient corn has always proven difficult because of a lack of usable cobs, says lead author Douglas J. Kennett, an environmental archaeologist at the University of California Santa Barbara. 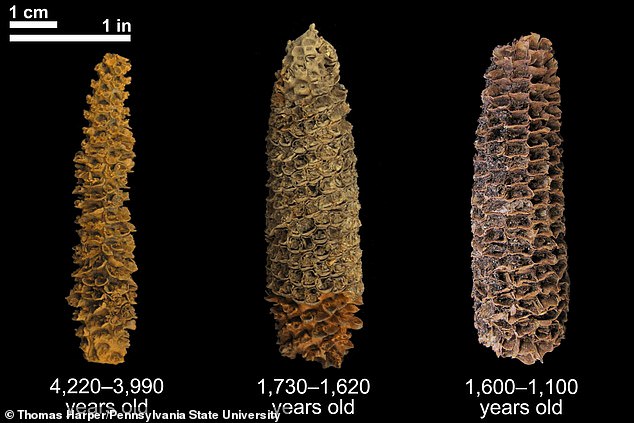 Cobs from El Gigante rock shelter date back more than 4,200 years, but researchers were only able to extract functional genomes from three, all about 2,000 years old 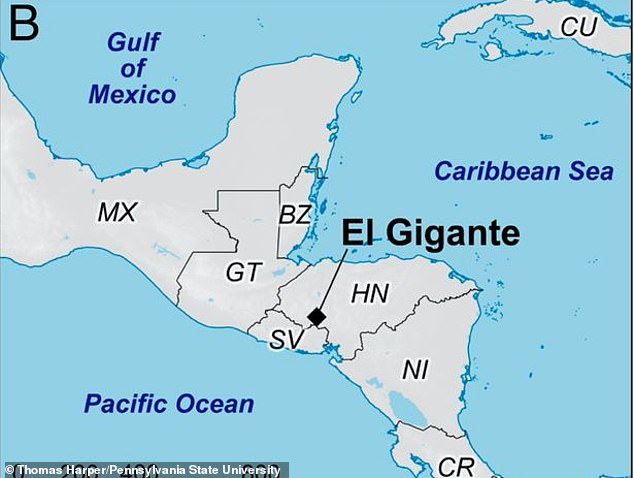 Located in southwest Honduras, El Gigante has yielded thousands of ancient plant and animal remains, including more than 10,000 specimens of corn

During excavation in 2000 and 2001, storage pits with the remains of wild plants and animals were discovered at the El Gigante rock shelter in southwest Honduras, including more than 10,000 specimens of corn.

The shelter was inhabited seasonally during the Mesoamerican Archaic period, between 8000 and 2000 BC.

But most of the cobs found at El Gigante are less than 2,500 years old, according to Kennett, leaving a big piece of the puzzle unsolved.

‘Locating earlier material in the assemblage was challenging and required directly radiocarbon dating large numbers of maize cobs,’ he said.

The team did eventually identify about 20 cobs dating to between 4,000 and 4,300 years ago, and attempted to extract DNA from all of them.

In all, they were only able to successfully extract functional genomes from three cobs, all about 2,000 years old.

‘This is the frustrating reality of ancient DNA work,’ Kennett said.

So while they have confirmation that improved varieties of maize were moving north from South America, it’s still not clear when it started.

Based on cob morphology, Kennett theorizes it was approximately 4,300 years ago. 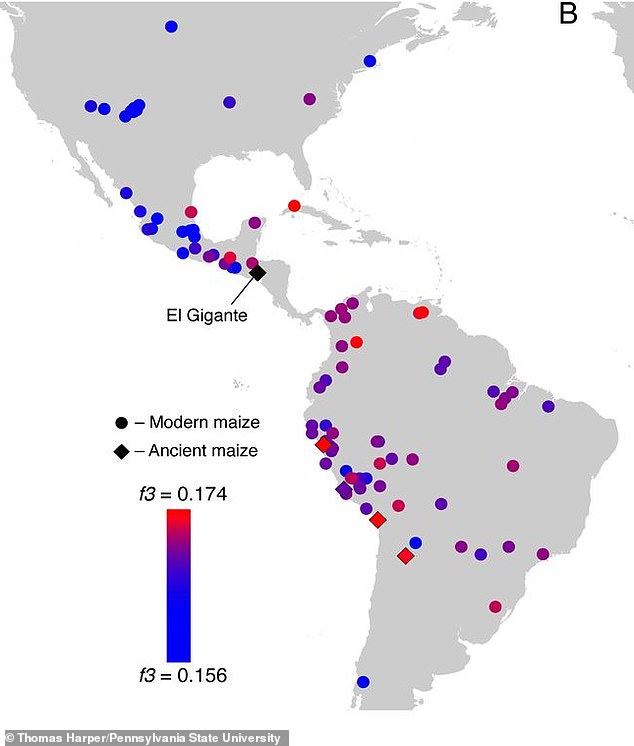 Based on genetic analysis, the researchers believe ancient humans were carrying maize from South America back toward Mexico, indicating that, for corn, the process of domestication was a two-way street

Still, understanding of corn’s path to domestication is growing all the time.

‘It is also allowing us to track the spread of maize in much greater detail and how these changes altered the path of human history.’

What we know today as corn began its journey some 9,000 years ago Mesoamericans first tried eating a wild grass called teosinte.

Until recently, little was known about when humans started intentionally farming corn, now a staple around the globe.

According to a report in Science Advances earlier this year, of 44 skeletons discovered in the Maya Mountains of Belize, the first to show signs of maize in their diet lived about 4,700 years ago.

Radiocarbon dating the skeletons allowed researchers to determine the point of transition from a hunter-gatherer diet to a farmed-maize diet.

In 2700 BC, maize made up about a third of the local diet. Within 700 years, it approached three-quarters of their intake.

Some scientists have even theorized that overdependence on corn led to the downfall of the Mayan civilization some 1,300 years ago.

During periods of drought, farmers were unable to adapt their agricultural practices. 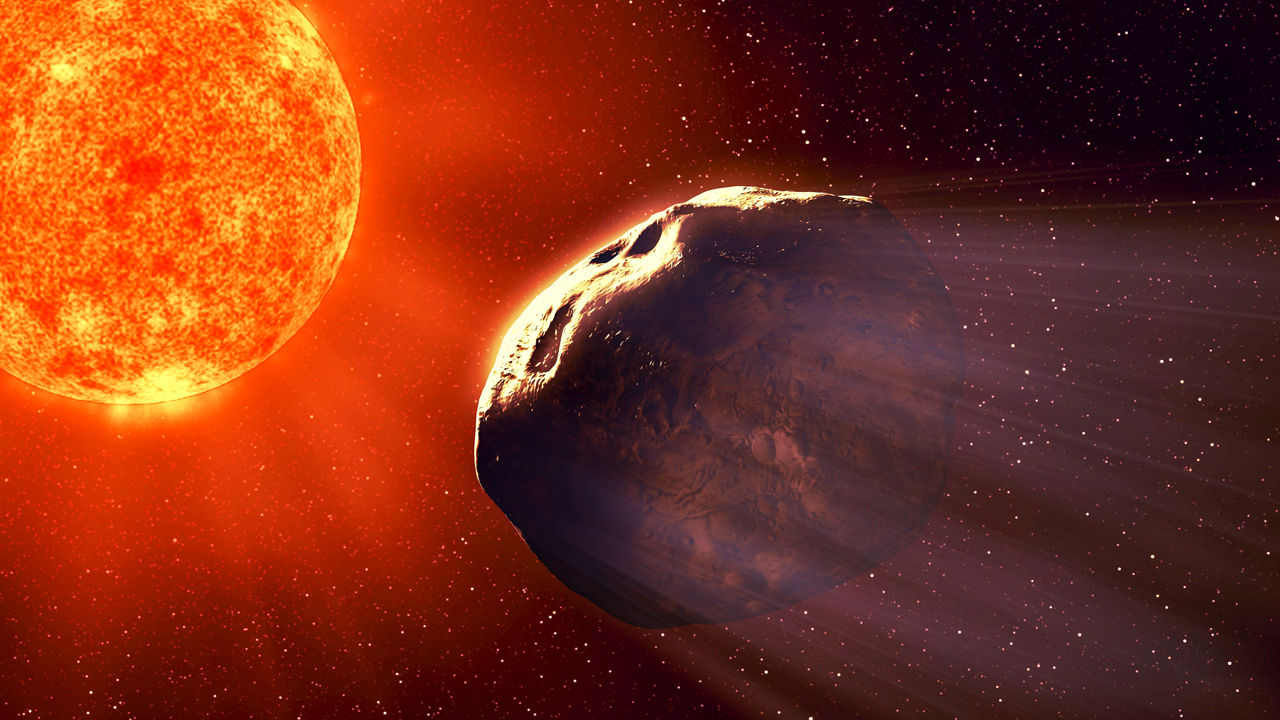 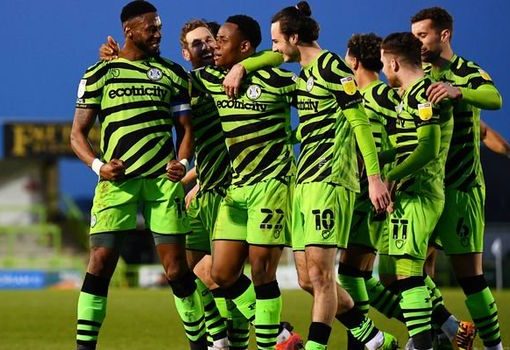 Green Britain: Dale Vince on Forest Green’s food policy Gone are the days when fans turned up and devoured a meat pie […] 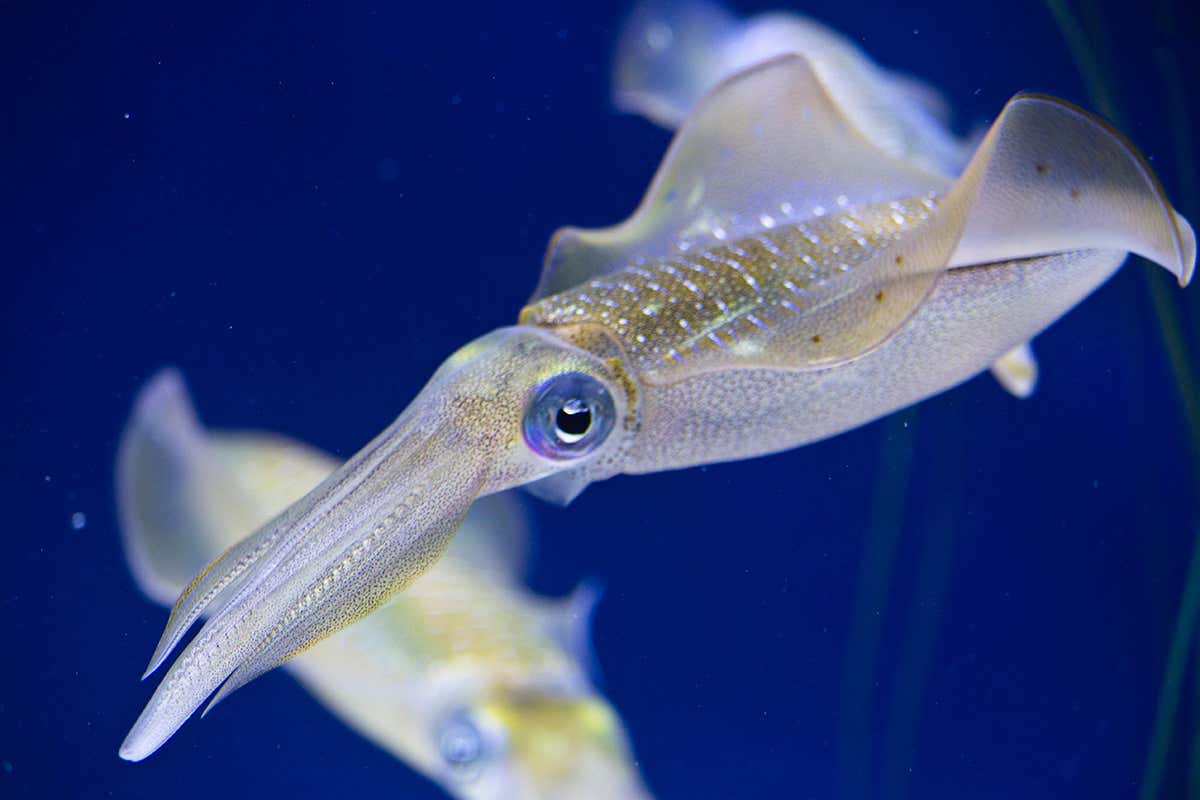