The announcement Tuesday also included commuting the remaining prison term of former Rep. Steve Stockman, a Texas Republican who was convicted by a jury in Texas of almost two dozen felonies, including fraud and money laundering.

In the release, the White House cited Stockman’s age, 64, and said he “has underlying pre-existing health conditions that place his health at greater risk during the COVID epidemic, and he has already contracted COVID while in prison.” He had served two years of his 10-year sentence for what prosecutors called a “a white-collar crime spree.”

Others included in the clemency batch on Tuesday were pardons for Alfonso Costa, a dentist who pleaded guilty to health care fraud; Alfred Lee Crum, who pleaded guilty in 1952 to illegally distilling moonshine; Weldon Angelos, who was sentenced to 55 years in prison for selling marijuana and carrying a handgun; Philip Lyman, a county commissioner in Utah who was sentenced to 10 days in jail related to his protest of ATV restrictions on federal land; and Otis Gordon, who was convicted of possession with intent to distribute.

Philip Esformes, a Florida nursing home mogul convicted of paying bribes in a Medicare fraud case, also had some of his sentence commuted by Trump.

Trump also reduced the sentences of three women — Crystal Munoz, Tynice Nichole Hall and Judith Negron — convicted of drug crimes at the recommendation of Johnson, who has worked on behalf of other inmates after the President commuted her own sentence. Trump later granted Johnson a full pardon at this year’s Republican National Convention.

The pardons give forgiveness to two early defendants who pleaded guilty and served prison time in the Mueller investigation: 2016 campaign foreign policy adviser Papadopoulos and Van der Zwaan, who was part of a major investigation by Mueller into illegal foreign lobbying efforts and the Ukrainian and Russian connections of Trump campaign adviser Paul Manafort.

Both Papadopoulos and Van der Zwaan pleaded guilty to lying to investigators during the Russia investigation. And neither provided Mueller with any meaningful cooperation, prosecutors said.

Papadopoulos had lied to investigators about his contacts with people connected to Russia, including discussing with them “dirt” that could hurt Hillary Clinton in 2016 and a possible trip by Trump during the campaign to meet Russian President Vladimir Putin.

At his sentencing, Papadopoulos’ then-lawyer called him “pro-FBI” and said he had lied so he might still be considered for a job in the Trump administration. The defense lawyer, Thomas Breen, effectively blamed Trump for publicly urging people such as Papadopoulos to disregard the Russia investigators. “The President of the United States hindered this investigation more than George Papadopoulos ever could,” Breen argued.

“I made a terrible mistake,” Papadopoulos told the judge during his sentencing hearing. “In hindsight, lying to federal agents about such a critical issue could have harmed our nation.”

He spent less than two weeks in prison in late 2018. Since then, he’s railed against the investigators and how they caught him.

Van der Zwaan, who is also the son-in-law of the Ukrainian-Russian billionaire German Khan, spent almost a month in prison before being deported to Europe in June 2018. He showed “muted” remorse at his sentencing, the judge noted.

“This is not something that happened to him. This is something he did,” federal Judge Amy Berman Jackson said at Van der Zwaan’s sentencing. “He put his personal interest ahead of the interest of justice.”

More recently, Papadopoulos ran for Congress in California’s 25th District in 2019 following Democratic Rep. Katie Hill’s resignation. He lost the race for the open seat in the March primary.

Hunter, who was sentenced earlier this year to 11 months in prison and three years of supervised release related to his misuse of more than $200,000 in campaign funds for personal expenses, was recommended for a pardon by “many members of Congress,” according to the White House release.

The former California lawmaker pleaded guilty in December 2019 to one count of conspiracy to misuse campaign funds and was set to be on supervised release for three years after serving his prison sentence. He was also required to participate in a drug and alcohol treatment program. Hunter would have started his sentence in May, but it was delayed because of the coronavirus pandemic, and he would have reported to a federal prison in West Texas in January 2021.

Hunter and his wife were indicted in August 2018 for lavishly spending on “items as inconsequential as fast food, movie tickets and sneakers; as trivial as video games, Lego sets and Playdoh; as mundane as groceries, dog food, and utilities; and as self-indulgent as luxury hotels, overseas vacations, and plane tickets for themselves, their family members, and their pet rabbits Eggburt and Cadbury,” according to prosecutors.

Federal prosecutors charged that Hunter had fraudulently spent more than $200,000 on expenses that included a $14,000 Italian vacation and thousands of dollars on routine items like groceries, bedding and other household items.

Hunter resigned from Congress in January, after winning reelection in California’s 50th Congressional District, which encompasses much of eastern San Diego County.

Collins, a former New York congressman, has been serving his 26-month prison sentence in a minimum-security federal prison in Florida since October.

Collins pleaded guilty in October 2019 to one count of conspiracy to commit securities fraud and one count of making a false statement.

While attending the White House’s annual congressional picnic in June 2017, Collins had shared non-public information with his son Cameron about the failed trial results for a multiple sclerosis drug the Australian biotech company Innate Immunotherapeutics Limited, of which he was a board member, was developing. He later lied to FBI agents to cover it up. The stock trades allowed Cameron Collins, a co-defendant in the case, to avoid over $750,000 in losses, according to federal prosecutors. Collins himself did not trade on the information.

Collins had initially fought the charges against him, calling them “meritless” when they were first brought in 2018. He even won reelection while under indictment. But in his guilty plea last year in federal court, Collins expressed regret and said that putting his son “in this jeopardy at this young age … is something I will live with for the rest of my life.”

Collins resigned from Congress on September 30, 2019, a day before his guilty plea. He had represented New York’s 27th Congressional District for nearly seven years.

The four Blackwater guards — Nicholas Slatten, Paul Slough, Evan Liberty, and Dustin Heard — were convicted by a federal jury in 2014 after a lengthy trial that saw some 30 witnesses travel from Iraq to testify against them. Prosecutors accused the men of illegally unleashing “powerful sniper fire, machine guns and grenade launchers on innocent men, women and children.”

According to prosecutors, the four were among seven Blackwater employees who opened fire in the Nusoor Square traffic circle in Baghdad, killing 17 people.

An FBI investigation found 14 of the deaths unjustified, according to rules of engagement for private security contractors in Iraq. Slatten was accused of firing the first shots.

Blackwater said its convoy came under attack, and defense attorneys said in court that witness accounts were fabricated. But witnesses testified that the contractors opened fire without provocation.

The White House said their pardons were supported by a number of members of Congress along with Pete Hegseth, the conservative Fox News host who is any ally of the President’s.

The two Border Patrol agents, Ignacio Ramos and Jose Compean, received 11- and 12-year prison sentences for their role in the 2006 shooting. Their sentences were later reduced through presidential commutation by George W. Bush.

The shooting happened February 17, 2005, on the US-Mexico border southeast of El Paso, Texas. During their trial, Ramos and Compean said that the illegal immigrant, Osvaldo Aldrete-Davila, had brandished a gun while actively resisting arrest.

Aldrete-Davila said, however, that he was unarmed and trying to surrender when Compean attempted to beat him with a shotgun.

Aldrete-Davila was shot while fleeing toward the Rio Grande. Ramos and Compean were convicted of assault with a dangerous weapon, lying about the incident and violating Aldrete-Davila’s Fourth Amendment right against illegal search and seizure.

After receiving immunity to testify in the case against the two agents, Aldrete-Davila was arrested in 2007 on charges of bringing more than 750 pounds of marijuana into the United States.

The case became a political flashpoint, with advocates of tighter border controls defending the agents and civil liberties groups saying that the agents had used illegal and excessive force against Aldrete-Davila.

This story has been updated. 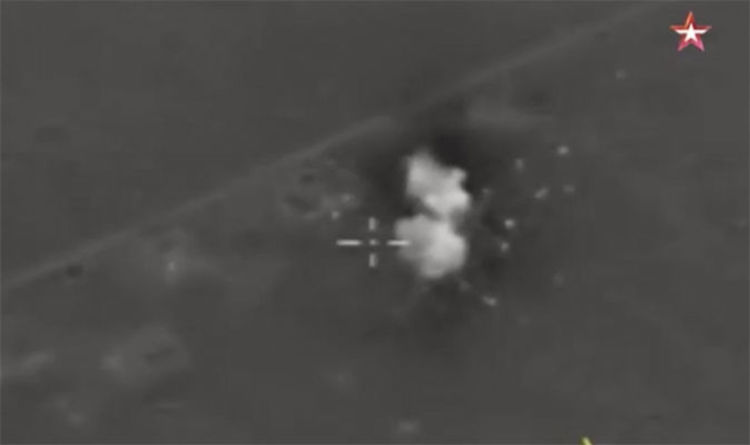 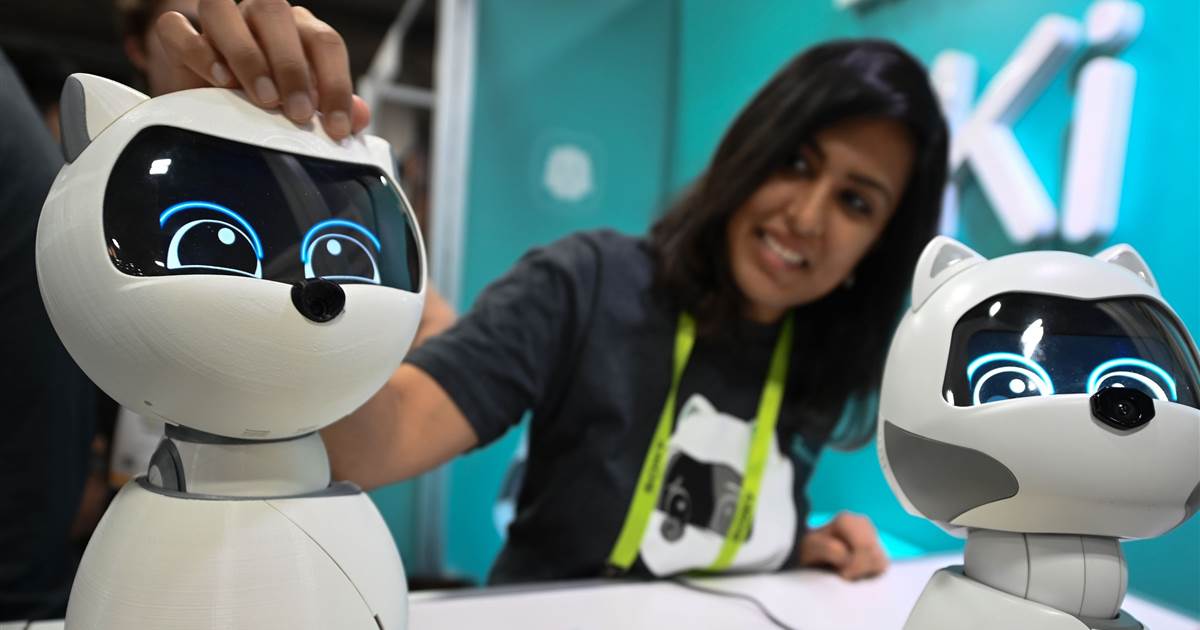 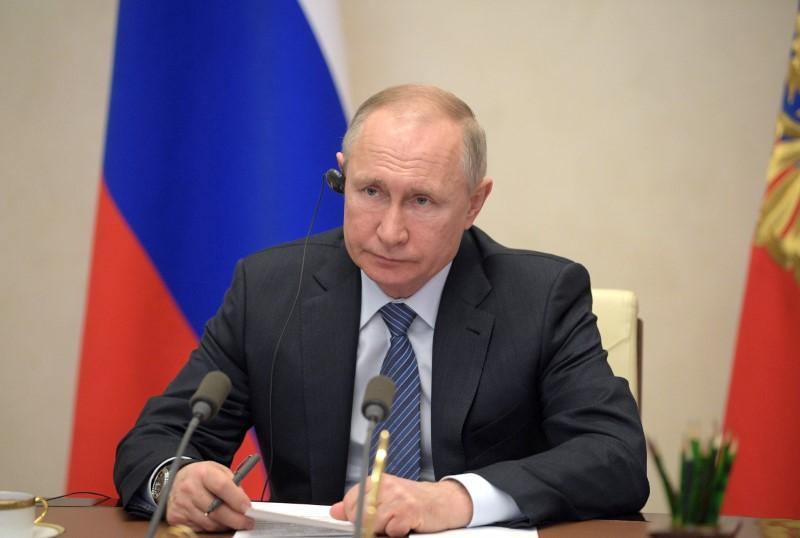 FILE PHOTO: Russian President Vladimir Putin takes part in a video link, held by leaders from the Group of 20 to discuss the […] 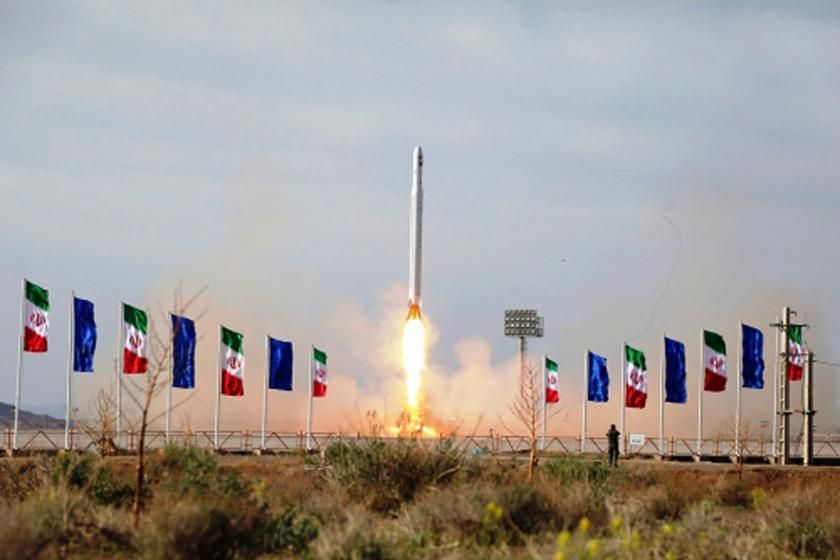 Iran on Wednesday said it successfully launched its first military satellite into orbit, on the same day President Trump tweeted that he […]