The Health Minister also said Monday that there were 29 new fatalities.

Egypt, the Arab world’s most populous country with more than 100 million people, has reported at least 125,555 cases overall, including 7,098 deaths.

The spike in new cases comes amid repeated warnings by the government about a second wave of the virus. Authorities have been urging people to adhere to preventive measures, especially by wearing face masks and practicing social distancing.

A new COVID-19 relief bill shaping up in Congress includes individual payments reaching $600 for most Americans and an extra $300 a week in unemployment benefits. Votes on the bill in the House and Senate are expected Monday. Among those getting help are hard-hit businesses, schools, health care providers and renters facing eviction. Also, President-elect Joe Biden will receive his first dose of the coronavirus vaccine on live television as part of a growing effort to convince the American public the inoculations are safe.

PRAGUE — The Czech Republic has become another European Union country to ban all flights from Britain due to an outbreak of a new strain of the coronavirus in England.

The Health Ministry says the ban becomes effective on Monday.

Monday’s announcement comes after the country started to require all people arriving in the country who spent at least 24 hours on British territory in the last two weeks to isolate.

The same restrictive measure was imposed by neighboring Slovakia, starting on Monday.

European countries including the Netherlands, Austria, Italy and Bulgaria said they would halt flights from the U.K., hours after Britain’s government imposed tough new coronavirus restrictions on large areas of southern England to curb what officials described as a fast-moving new strain of the virus.

HONG KONG — Hong Kong will ban flights from Britain after a more infectious variant of the coronavirus was found in the country, according to the city’s top health official.

Hong Kong joins countries like Germany, France, Belgium, Italy, Ireland, Canada and the Netherlands in stopping flights from Britain, after the mutated strain of the virus was found to be 70% more transmissible than usual.

Health minister Sophia Chan said Monday that recent arrivals from Britain will also have to serve 21 days of quarantine, a week longer than the usual 14-day period. Two weeks of this will be served in a designated quarantine hotel, and the final week is to be served at home.

SEOUL, South Korea — Gatherings of more than five people will be banned in South Korea’s capital region as an elevated step to suppress what authorities call an “explosive” surge in coronavirus infections.

The Seoul region is home to half of South Korea’s 51 million people and has been at the center of a recent viral resurgence. The country averaged about 960 new virus cases each day in the past week, more than 70% of them in the Seoul metropolitan area.

Acting Seoul mayor Seo Jung-hyup said Monday the ban will apply to any type of meetings including year-end parties, office dinners, birthday parties and picnics. Only weddings and funerals can follow the current rule of not more than 50 people.

He says the new restrictions will take effect from Wednesday and last until Jan. 3 in Seoul, Gyeonggi province that surrounds Seoul and Incheon city, just west of Seoul.

Seo says he knows the ban is “harsh” but stresses the current viral spread cannot be slowed without preventing transmissions among relatives and company colleagues. He says Seoul could face a lockdown if the current “explosive” surge isn’t contained.

Earlier Monday, South Korea has reported 24 more virus-related deaths in the country’s highest daily fatalities since the pandemic began. The government added a total of 926 new cases, taking the country’s total to 50,591 including 698 deaths.

SACRAMENTO, Calif. — California Gov. Gavin Newsom will quarantine for 10 days after one of his staffers tested positive for COVID-19, according to his office.

The staffer tested positive Sunday afternoon. Newsom and others among those staffer’s contacts have since tested negative.

Newsom’s 10-day quarantine is out of “an abundance of caution,” the statement said. The governor and other staffers were expected to be tested again in the next few days.

Another person in the governor’s office tested positive in October, and Newsom’s family was also exposed to an infected person last month. He tested negative after both those cases.

MELBOURNE, Australia — An Australian state government leader has apologized for a bungled hotel quarantine program that led to most of the nation’s COVID-19 deaths.

A retired judge who investigated Victoria state’s quarantine program for returned travelers criticized the use of private security guards to enforce isolation in Melbourne hotels in May and June.

After the investigative report was released Monday, Victoria Premier Dan Andrews explained the quarantine system had been implemented quickly and without a pandemic rule book.

“I want to apologize to the Victorian community for the very clear errors that were made in this program,” Andrews said.

The lax infection controls at two Melbourne quarantine hotels set off a wave of infections in Australia’s second-largest city while the rest of the country had been largely virus-free.

NASHVILLE, Tenn. — Tennessee Gov. Bill Lee has announced new social gathering restrictions while still refusing to implement a mask mandate despite pleas from front-line healthcare workers in a state experiencing the highest new cases per capita in the country.

Instead of a mask mandate, the Republican on Sunday signed an executive order limiting public gatherings to 10 people. However, places of worship, weddings and funerals are exempt from the order.

He called the state “ground zero” in the COVID-19 battle and urged Tennesseans not to gather with people outside their immediate households during the upcoming holidays. His message comes just a day after Lee confirmed that his wife Maria had tested positive for COVID-19. Lee says he has tested negative but will remain in quarantine at the governor’s residence.

Tennessee is one of a dozen states without a mask mandate. Instead, local counties have the option of implementing their own mask restrictions. 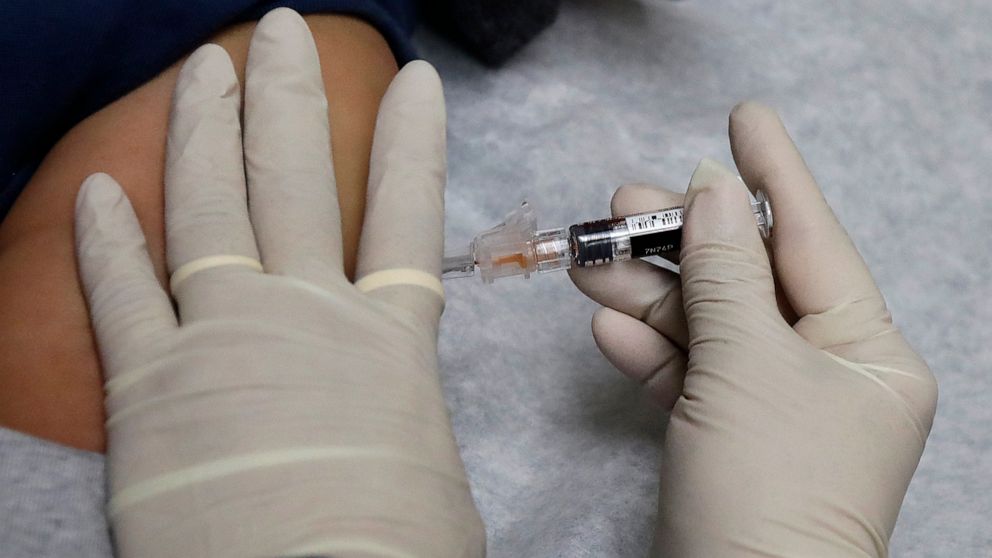 The flu vaccine turned out to be a big disappointment again. The vaccine didn’t work against a flu bug that popped up […]

LONDON, (Reuters) – Scientists in the United States say they have taken a step toward developing a possible diagnostic test for chronic […]

OKLAHOMA CITY — For most mayors in deep-red states like Oklahoma, the prospect of hosting the first rally for President Donald Trump […]

From the get-go, President Donald Trump has suggested that the military would be central in developing, producing and distributing vaccines for the […]