The ensuing wave of travel bans has cut off UK travelers from much of Europe and other parts of the world. It also spurred a decision to hold an emergency governmental meeting on Monday, chaired by Prime Minister Boris Johnson, a No. 10 spokesperson told CNN. The meeting will focus on the international movement restrictions, and “in particular the steady flow of freight into and out of the UK,” they said. “Further meetings are happening this evening and tomorrow morning to ensure robust plans are in place.”

Canada announced it will ban most passenger travel from the UK beginning midnight Sunday for at least 72 hours. Canadian Prime Minister Justin Trudeau confirmed the news in a tweet Sunday night saying it was being done to ‘protect’ Canadians across the country.

In South America, Argentina, Chile and Colombia have all suspended direct flights to and from the UK. Ecuador is also considering strengthening measures to control the spread of the virus.

According to a joint statement published Sunday by the Argentinian Health and Interior Ministries, Argentina will only allow one more flight from Britain to land at the international airport in Buenos Aires on Monday morning. Later flights have all been canceled.

The Chilean government announced on Twitter that all flights to and from the UK will be suspended, beginning on Tuesday, and that travelers who have been to the UK in the last 14 days would have to self-quarantine.

Colombian president Ivan Duque similarly announced that all flights between Colombia and the UK will be suspended, starting on Monday. Travelers who have been to the UK in the last 14 days will also have to self-quarantine, upon entering Colombia.

On Sunday, France announced it would suspend travel to and from the United Kingdom for 48 hours starting at midnight local time, due to the “new health risk,” French Prime Minister Jean Castex said. Both the Port of Dover and Eurotunnel subsequently announced closures.

The Republic of Ireland is banning flights from Britain on Monday and Tuesday. “In the interests of Public Health, people in Britain, regardless of nationality, should not travel to Ireland, by air or by sea,” the Irish government announced in a statement. Italy will also suspend flights to and from the UK, as well as banning entry to anyone who has been in Britain in the past two weeks, Health Minister Roberto Speranza said on Facebook Sunday.

Portugal will allow only Portuguese nationals to arrive on flights from the UK, and they must have a negative Covid-19 test, according to the country’s Interior Minister.

Meanwhile, Belgian Prime Minister Alexander De Croo said that Belgium will block travelers from the UK for 24 hours on Monday as a “precautionary measure,” though the ban could be extended if necessary.”As a precautionary measure, we have decided to stop flights from the UK from midnight for a period of 24 hours, and just as importantly for our country, to do the same for the Eurostar (train) — because that’s actually the main way that people from the UK come into our country,” he said, speaking to CNN affiliate VRT’s Sunday morning news program “De Zevende Dag.”

The Netherlands and Latvia announced longer bans on flights coming from the United Kingdom, lasting until the new year. The Dutch government, which also banned ferry passengers arriving from the UK, said the same virus variant had been detected in the Netherlands. Estonia also announced a suspension of air traffic with the UK until the end of the year.

And the Czech Republic imposed a mandatory 10-day quarantine on anyone arriving from the UK starting Sunday.

Further away, Saudi Arabia is suspending all international flights for travelers — as well as entry through land and sea ports — for one week. Turkey banned flights from the UK, South Africa, the Netherlands and Denmark, according to the country’s state-owned Anadolu Agency. And Israel banned incoming flights from Britain, Denmark and South Africa, and will bar foreign nationals from those countries from entering the country.

UK Prime Minister Boris Johnson on Saturday broke the news that London and large parts of southern and eastern England, where cases are surging, would enter Tier 4 restrictions, similar to the lockdown seen in Spring — just days after reiterating his pledge to relax rules over the Christmas period.

Johnson outlined that in Tier 4 areas under the toughest restrictions, there will be no possibility for household mixing over Christmas. In areas under lower alert levels in England, Scotland and Wales, mixing will now be permitted only on Christmas Day.

In a hastily called Saturday press conference, Johnson said that the variant of the virus appears to spread more easily, and may be up to 70% more transmissable than the earlier, more dominant type.

Chief Medical Officer Chris Whitty said on Saturday that the new variant is responsible for 60% of infections in London, which have nearly doubled in the last week.

As with other new variants of Covid-19, this one carries a genetic fingerprint that makes it easy to track, and it happens to be one that is now common. That does not mean the mutation has made it spread more easily, nor does it not necessarily mean this variation is more dangerous.

Multiple experts in the genetics and epidemiology of viruses are noting that this one could be just a “lucky” variation that’s been amplified because of a superspreader event; it could be the mutation somehow makes it spread more easily without causing more serious illness; or it could just be by chance.

Still, the government’s scientific advisory group for Covid-19 has also warned the new variation is a “real cause for concern,” and called for urgent action. On Twitter, Jeremy Farrar said, “Research is ongoing to understand more, but acting urgently now is critical. There is no part of the UK & globally that should not be concerned. As in many countries, the situation is fragile.”

The new variant of Covid-19 originates in southeast England and has been identified in Denmark, the Netherlands and in Australia, World Health Organization Covid-19 technical lead Maria Van Kerkhove said on Sunday.

“We understand that this variant has been identified also in Denmark, in the Netherlands and there was one case in Australia and it didn’t spread further there,” she said in an interview with the BBC.

Van Kerkhove said the new variant had been circulating in southeast England “since September,” adding: “We understand that the virus does not cause more severe disease from the preliminary information that [the UK] shared with us, although again those studies are underway to look at hospitalized patients with this variant.”

When asked about the time-frame of the Tier 4 restrictions, which effectively put parts of the UK back into the lockdown seen in Spring, Hancock said Sunday: “Given how much faster this new variant spreads, it’s going to be very difficult to keep it under control until we have the vaccine rolled out.”

Hancock added what really mattered “is that people not only follow [the new Tier 4 measures], but everybody in a Tier 4 area act as if you have the virus to stop spreading it to other people. (…) We just know that this new variant, you can catch it more easily from a smaller amount of the virus being present.”

Still, Londoners piled on to trains and motorways on Saturday night as they rushed to leave the capital ahead of new restrictions announced by Johnson.

By 7 p.m. on Saturday evening, there were no free seats on trains leaving London from several stations in the capital, PA Media reported. Passengers complained about not being able to socially distance themselves within the train carriages.

The scenes were condemned by politicians and public health experts. London Mayor Sadiq Khan called the introduction of the restrictions “devastating” in an interview with the BBC, adding that scenes at London train stations “was a direct consequence of the chaotic way the announcement was made, and the late stage it was made.”

“I understand why people want to return to see their mums, dads, elderly relations, but I think it’s wrong,” he said.

Keir Starmer, leader of the opposition Labour Party, accused Johnson of “gross negligence” in failing to act earlier. Starmer said Labour supported the latest coronavirus restrictions, but criticized the PM for waiting until the “11th hour” to take a decision.

“It was blatantly obvious last week that the Prime Minister’s plan for a free-for-all over Christmas was a risk too far,” Starmer told an online press conference. “And yet, rather than listening to concerns and taking them seriously, the Prime Minister did what he always does: dismissed the challenge, ruffled his hair and made a flippant comment.

“We have known about rising infections and the NHS reaching capacity in many parts of the country for weeks. The alarms bells have been ringing for weeks, but the Prime Minister chose to ignore them,” he said.

“It is an act of gross negligence by a Prime Minister who, once again, has been caught behind the curve,” he said.

This write has been updated to reflect that Canada is only banning flights from the UK. Canada does not have a ban on flights flying to the UK. 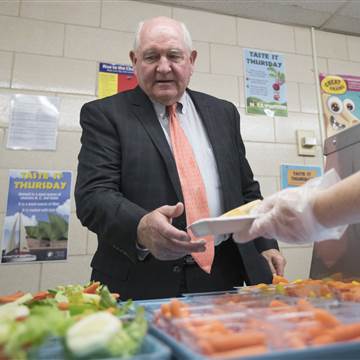 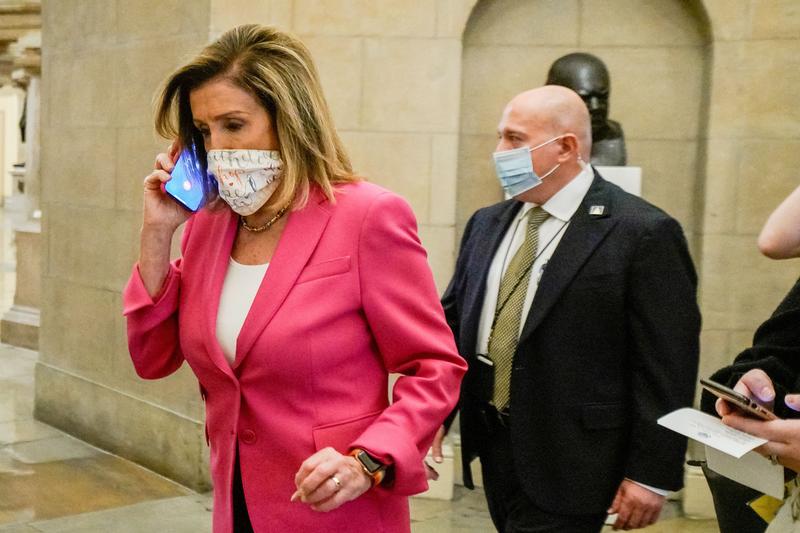