But having gone from living on just £5 ($6.6) a day in Wigan, northern England, where he and his father had to worry about affording food, the 20-year-old is now a professional MMA fighter — he had a 22-0 amateur record and has a 4-0 professional record so far — with members of the Bahraini royalty as some of his main supporters.

These are busy times for Mokaev.

“We don’t know what [will] happen tomorrow,” added Mokaev, shortly after he returned from Istanbul where he got engaged to his future wife. “So I cannot waste time.”

READ: Outside the Octagon, UFC fighter Paige VanZant fights for equality in MMA

Born in Dagestan in 2000, Mokaev was introduced to fighting early on. Wrestling is an extremely popular sport in Russia and Mokaev competed in local clubs — often instead of attending school.

“[At] school, either you go to training, either you go and sit outside and talk about life,” he explains. “Like you can sit, sit, and then there’s somebody who starts fighting, maybe two or three fights in one circle. Because people [have] got nothing to do.

“At that time, I’d go to train and come back home. We can go to training; we can go to school. Sometimes you can miss lessons in school to go to training. It’s like you’d call the teacher and say: ‘I’m stuck in training, I can’t come today.’ And she’d say, ‘OK.’ That’s how it works.”

However, when he was eight years old and after his mother had died, he says his father Murad “had problems,” which meant they had to leave their home.

“My father told me: ‘Son, we have to go.’ And it was difficult because my cousin and part of my family are there and a lot of my friends who I grew up with.”

So, in a car full of clothes and with no money, Mokaev and his father made the long journey across mainland Europe until they eventually arrived at their end destination in the UK.

Upon arriving in a country where he did not speak a word of the native language, Mokaev’s “life started from zero.”

“It was crazy,” he recalled. “A different country, new language, new tradition of the people. And it was scary.”

READ: Tributes pour in for ‘greatest champion in UFC history’ Khabib Nurmagomedov after shock of his retirement

After initially staying in Liverpool, Mokaev and his father were given a house in Wigan to live in.

As refugees, they were also provided with a small amount of money daily to live on.

“I came to UK as a refugee and I was getting like £5 a day. Me and my father on £5 a day, it’s like maybe $6-7, and it’s like you have to split this for food and clothes and Internet for your phone. It’s not enough. I was hungry.”

Not only did Mokaev not know the language, he had no previous experience of British culture and traditions. In Dagestan, if someone spoke ill of his family, Mokaev was accustomed to defending his family’s name, whereas in the UK, he had to practice restraint.

Despite being young and with little money to his name, Mokaev still held dreams of traveling the world — in particular, visiting the US — and understood that getting a criminal record from fighting on the streets would make that idea more difficult.

But after a sports teacher at his school introduced him to a youth center, where fighting was on offer, Mokaev found a way to channel his energy and found an introduction to MMA.

“Basically there’s like football, wrestling, boxing; there was everything. So I went to boxing and then next hour I went to wrestling.

“And then one day this guy said: ‘Let’s do boxing and wrestling in the ring.’ So I was taking this guy down and this guy was part of the northern regions code in the UK for wrestling. So I asked him where can we go for wrestling. And then he showed me the gym. So I went to wrestling club and that’s the beginning.”

Mokaev had to pick up various jobs in order to fund his MMA training, ranging from security work to giving leaflets out on the streets and cleaning building sites.

On top of that, the journey to and from training often totaled over six hours.

“I’m really thankful to God. He gave me these challenges because maybe if I came to this country with a lot of money, maybe I’d be on the streets, maybe I’d be like a party boy,” Mokaev explained.

Because of where he has come from and what he has gained, Mokaev has keen to offer help to other refugees. He still visits refugees in the north of England to see their “hungry eyes” and motivate them by explaining that with hard work, their “life in five years can be very different.”

And although all refugees are often put under one umbrella to make it easier to define them, given the complexity and diversity of their backgrounds, Mokaev stresses the importance of not grouping them all together and praising their uniqueness.

“There’s some doctors, there’s some like dental practice [run by] some refugees; some came from different countries,” he said.

READ: Athlete Refugee Team: He runs 170km a week for the millions who, like him, left home in search of a better life

Whereas MMA was “just a hobby” for Mokaev back in Russia, it soon became more than that. He realized that traditional educational routes might not be his best chance of success in life.

“In the UK, I understood my English wasn’t the best to go to university, like Oxford, Cambridge, like my father,” said Mokaev, whose Dad is a building engineer.

Having put all his focus and energy into fighting — whilst also keeping other jobs to help fund it — Mokaev went from strength to strength.

His amateur career really shot to prominence with back-to-back title victories at the IMMAF World Championships in 2018 and 2019.

However, as a refugee looking to travel abroad to compete, he has had to ask for some help from some influential people.

After Mokaev’s first amateur fight in 2015, he was spotted by His Highness Sheikh Khalid bin Hamad al Khalifa — the fifth son of the King of Bahrain, who eventually followed the fighter on Instagram.

Sheikh Khalid organized the KHK MMA team — which initially included Nurmagomedov — in 2015 and then his own MMA organization — Brave Combat Federation — in 2016.

The pair exchanged messages on Instagram and ahead of the World Championships in Bahrain in 2019, Mokaev asked help from the sheikh. When he was attempting to make his way through Manchester Airport, he was stopped and missed his flight.

“They didn’t let me go to Bahrain, so I called the sheikh, the first time I really called him. I called him and he said: ‘I’m in London. Come see me.’ So I came and on a private plane, I flew to Bahrain with him.

“He started sponsoring me, gives me a good price after I won the World Championship’s gold medal representing his team.”

Since turning professional with the sheikh’s organization, Mokaev has gone from unknown rookie to one of the MMA’s hottest prospects, recently beating fellow Brit Dave Jones to extend his record to an undefeated 4-0.

Because of his grappling skills, his undefeated record and his customary wearing of Dagestan’s traditional papakha headpiece in the ring, comparisons between Mokaev and Nurmagomedov have begun commonplace.

But although Mokaev admits that his fellow Dagestani is the “people’s champion,” he believes there are huge differences between the two of them.

“Me and Khabib are different people, I think. When I fought in amateurs, people knew me, like my charisma is different to Khabib’s.

“My charisma is different [than] Khabib’s because people found out about Khabib maybe when he was on a like a 26-fight winning streak, maybe 27. People knew about me when I was [on] like my third amateur fight. The difference when I get to that level, you will see the difference.”

Nurmagomedov’s shock retirement earlier this year stunned most of the MMA community, with many suggesting he is the greatest ever UFC fighter with his 28-0 record.

Despite being in the nascent stages of his MMA career, Mokaev believes he can surpass the achievements of the undefeated, lightweight champion Nurmagomedov.

“I believe I will be [the greatest of all time],” says Mokaev confidently, before reassuring fans that they will be able to watch him in the UFC “next year.”

Lewis Hamilton believes his win at the Turkish Grand Prix, which sealed his seventh drivers’ world championship title, should earned him respect […] 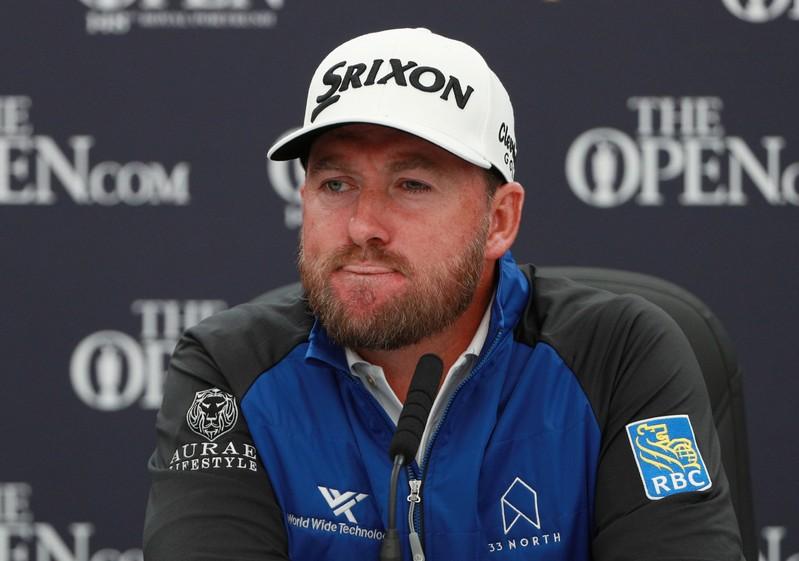 PORTRUSH, Northern Ireland (Reuters) – For months, Graeme McDowell was facing the unthinkable — that this week’s British Open, being held in […] 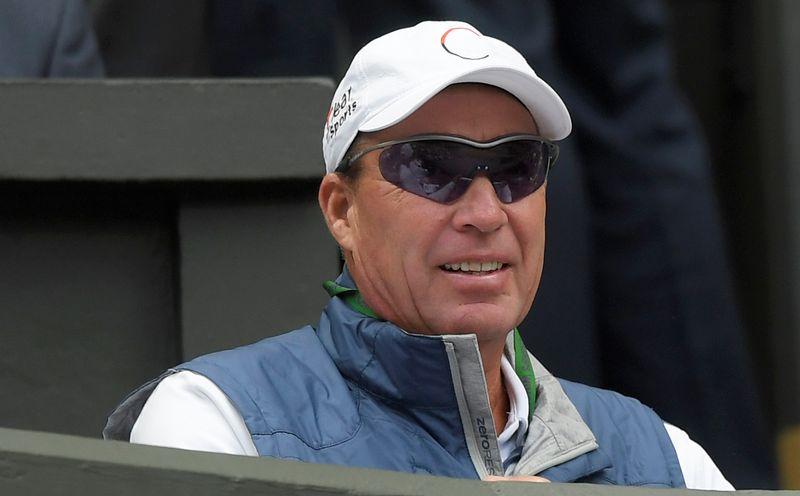 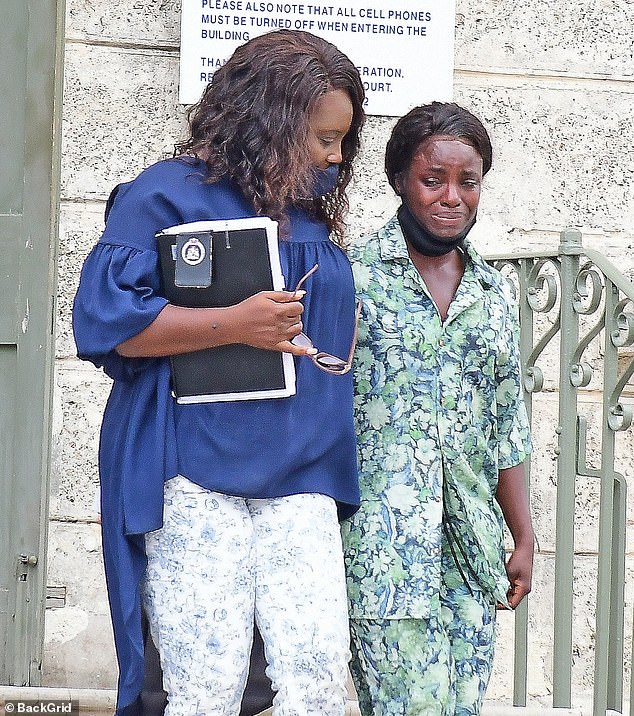